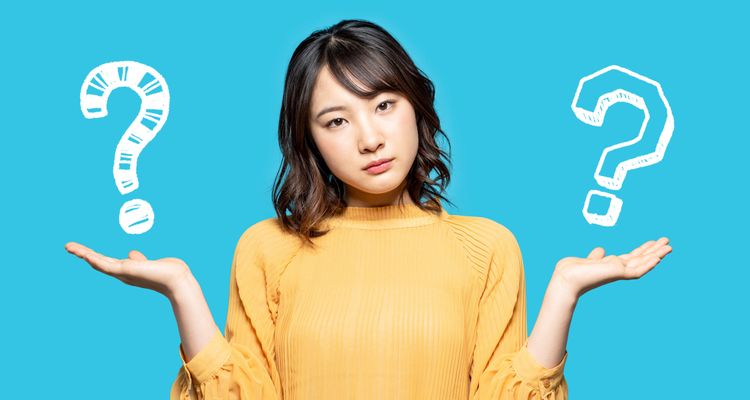 30 Unexpected Things You Can Only See in Japan

Have you ever been to Japan? Here are some things that you might not be expecting to see on your first trip to the country. Japan is famous for being a country full of vending machines. The most common kinds are for drinks, but there are also vending machines for hot foods, candy, ice cream, cigarettes, books, newspapers, umbrellas, and even adult goods.

According to a Japanese research company's investigation, the number of vending machines in Japan in 2014 were 50,400,000. It's also said that they make 5 trillion yen a year (about 50 billion dollars). While the basic one just spouts out warm water fom a nozzle to clean one's region, many versions also include deodorization, dryers, warming functions, even music. It's said that there are many tourists who try it once and become addicted. For single-family homes in Japan, usually they'll have a nameplate at the entrance way. In the U.S. and in Europe, there will be a house number and usually a last name on the mailbox, but there aren't many places where the names are displayed like they are in Japan.

One theory about the spread of the use of nameplates comes from 1923, after the Great Kanto Earthquake.

After the earthquake, victims reconstructed their homes, but many of them moved from the original place where they lived. Because of that, the town completely changed from the way it used to be. So many people wanted to let their neighbors know "this is where I live!" and from there nameplates became an indispensable part of life in Tokyo. Japan-limited Kit-Kats are another very popular souvenir among foreign tourists. There are many different kinds, so it might be fun to go on a quest to collect them all. Capsule hotels are a type of lodging unique to Japan. It's said that the architect Kisho Kurokawa designed the first one for the 1970 Osaka World Fair. Many foreign tourists are interested in them because not only are they cheap and safe, but also staying in one feels like living within the world of science fiction. Love hotels are something that can be found in Japan and some parts of Asia. As the name implies, it's a place where couples can go for a tryst. Japanese love hotels especially are built with different themes, so you can find ones that have carousels or waterslides in the rooms or even rooms that are made to look like cars, trains, or spaceships. The prices range from reasonable to quite expensive depending on the hotel.

Also, after the customer picks the room from a display in the lobby, they pay by machine and the key comes out of a small window. Employees and customers never meet face-to-face for privacy reasons.

7. Free tissues handed out on the street

Seeing people hand out tissues for free on the street is a common sight in Japan. Companies put their advertisements inside the tissue packaging so people take them and learn of their products or servies. It's said that Japanese pocket tissue production is close to 5 billion packs a year worth close to 100 billion yen (around 1 billion dollars). The name of these tissues is "excellent nose celeb." It's soft like silk to a surprising amount, and many people grow addicted to using them after one try. On the package, the faces of white rabbits, seals, and polar bears are used so their noses stand out cutely. Many people in Japan use face masks, especially during the periods where pollen is high or in the winter. In those seasons, if you step on a train, most of the people riding the train will be wearing one. While of course there are people who wear them against pollen or germs, among them there are people who don't want their faces to be seen. Many young people have been wearing fashionable ones lately too.

In the West, only people who are ill wear face masks, so for many foreign tourists it might seem a strange sight. PIXTA
In Japan when you sit in a restaurant, usually you'll receive a wet towel called an "oshibori". An oshibori is a slightly damp cloth, and is a way for customers to wipe their hands in order to enoy their meal in a hygenic way. Depending on the restaurant, the oshibori might be warm or cold. It's considered one of the symbols of Japan's hospitality. In the Japanese countryside, you can often see unmanned vegetable stalls where all you do is leave some money and take the produce. Because it's a sales method that involves a lot of trust in everyone's good consciences, many foreign tourists are surprised at the sight.

Since Japan is a very narrow country, especially in the cities, in order to make the best of parking spaces they were built upwards into multistory spaces. Many people are surprised at this use of technology. Every elementary student in Japan has a randoseru backpack. Many people have seen them in anime or other Japanese media. Since they're usually made of leather and of very high quality, children can use them for 6 years straight.

While the standard is that boys use black and girls use red, lately there have been many variations with patterns and colors so it's grown to be more of a fashion item. In recent years, thanks to their fashionable looks and usefulness, they have been growing in popularity overseas as well. If you're talking about winter in Japan, one of the main images is of the kotatsu. A kotatsu is a home heater that consists of a table placed on the floor with a blanket draped between the legs and the surface to hide the heater beneath it. Since it often appears in anime and movies, there are many people around the world who know about it.

In Japanese households, it's standard for families to sit under the kotatsu in the winter to eat mandarins and watch TV together. It's a scene that can be said to be unique to Japan. Otooshi is a small dish, usually a snack, that is brought out at izakaya restaurants after the customer's order is taken to tide them over until their meal arrives. Since it comes out without having been ordered, it might surprise some people. It's a custom that began out of regard for the customer. Orders in izakaya usually start with drinks, and drinking without something to snack on seems sad, so it is a way for the establishment to make their customer feel more welcome.

Depending on the place you can refuse the otooshi, so if you would prefer not to have it, please tell your waiter when you place your orders.

A kairo is a chemical warmer that you can carry around and throw it away once you're done using it. Before, you used to have to unseal it and then shake it so the chemical reaction would begin, but newer versions just require opening it. There aren't just versions for your hands, but there are also types to stick to the insides of your clothes. Thanks to its convenience and usefulness, it's definitely something that is indispensable for the winter. "Yurukyara" is short for "loose mascot character," and are characters created as PR for prefectures or regions. Thanks to their cute appearances, yurukyara have exploded in popularity, and because of that there is a phenomenon where tourists to the areas promoted by yurukyara have also increased. Kumamoto's Kumamono and Funabashi City's Funasshi (though he's not recognized by the city) are especially famous.

You can say that in Japan, the characters have become the faces of the region they're promoting. Rice paddy art is art made by choosing different kinds of rice to plant in order to create a huge piece of art. Inakadate in Aomori prefecture started it in 1993 to revitalize the town, and now it's done in close to 100 places.

Rice paddy art is a unique way to enjoy anime characters or other art styles, and even just looking at them makes one smile. "Dekotora" is an abbreviation for "decorated trucks," which are trucks covered in paintings, decorations, lights, and other flashy accessories. Thanks to the hit movie from the 70s, "Truck Yarou," these trucks became extremely popular throughout Japan. While currently the number of dekotora have significantly decreased, you can still see them on the highway.

Dekotora owners decorate their trucks depending on their own sense, so the designs are different all over Japan. Purikura is a general term for machines where you can take pictures of yourself or with a group that are immediately printed out as photo stickers. They exploded in popularity in the 90s, and lots of high school girls had "purikura books" where they would exchange stickers of each other.

At the time, the machines only took photos, but machines nowadays allow you to add designs and writing to the photos as well as adjust the size of your eyes and other treatments. Some machines will also allow you to receive the photos as data to your smartphones, showing the profession of modern technology. There are many purikura establishments where men are not allowed to go in alone as a crime prevention tactic.

21．The superhuman feats of the shinkansen's cleaning staff

When a shinkansen train stops at the terminal station, there is a little less than ten minutes between when passengers alight and board for the return trip. In that small time window, the shinkansen cleaning staff have to clean the train perfectly. This means that superhuman cleaning techniques are necessary. Please watch the video linked above to watch them. In between the two packets is an ultra-thin incision, so when you press the two containers together the liquid will squeeze out. The dispense pack containing two types of liquids was first thought of in Japan, so you can have an equal amount of both condiments without mixing them.

Since you can squeeze out the condiments with just one hand, even if you're outdoors or some other location, you can use it without dirtying your hands. If you buy a hot dog or a similar item at a convenience store in japan, you'll often receive a dispenser pack that has ketchup and mustard. These square watermelons are produced in Kagawa prefecture. Since producing them takes a lot of labor, they only produce a couple of hundred a year. It's not a GMO product, but rather created to make it easier to stack for delivery purposes. However, since it's sold as a display, it's harvested before it's ripe, so it's not meant for eating. Dani Oliver/Flickr
Something that surprises everyone who comes to Japan for the first time is the automatic taxi doors. Originally, large taxi companies introduced them for the 1964 Tokyo Olympics before spreading throughout the country. It's a hospitable function that was created so the customer can have a pleasant ride. In some Japanese department stores, there are elevator attendants who operate the elevators and also give information about the building. The customers in the elevator give the attendant the information of where they want to go, such as the floor number or specific store, and the attendant will press the button. They characteristically speak in a high, easy-to-understand tone so that people can easily understand them.

29．Children going to and from school alone In the West, as much as possible parents bring their children to school, but in Japan, most kids go on their own. There are also children as young as six who use public transportation, such as subways and buses, to get to school alone. The sightseeing car of the Yamagata shinkansen that runs between Fukushima and Shinjo has footbaths installed so that as you soak your feet, you can watch the scenery pass by. This train is also outfitted with cars furnished with tatami flooring so foreign tourists can enjoy every bit of it.