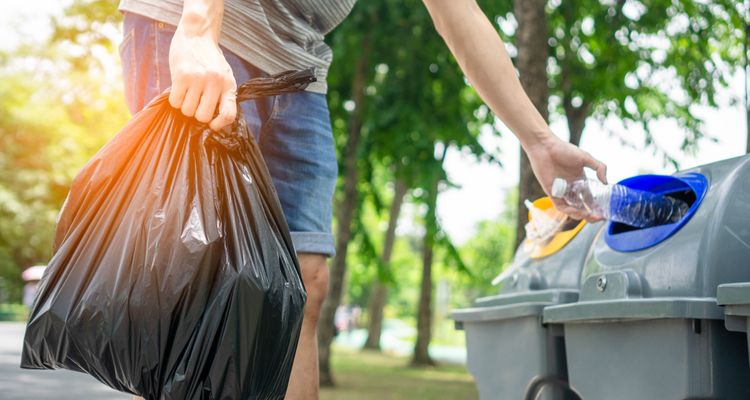 Everything You Need to Know About Garbage and Recycling in Japan

Waste disposal in Japan is more complex than most other nations. In public, the country has a limited selection of trash cans on the street, and most of those are for recycling. At home, it's no less detailed, with each neighborhood governed by their own set of garbage disposal rules. To make the process a little easier to understand, we've put together a guide uncovering all the hidden mysteries of garbage in Japan.

Why Throwing Away Trash in Japan is So Complicated

Japan's garbage sorting system is more involved than most other nations because it has to be. Japan is a densely populated country, with limited space for landfill. It has the potential to create a lot of waste but not a lot of places to put it, unlike other nations with large populations like the US and China.

As a way to minimize landfill, a lot of Japan's trash is burned, which is another reason why the sorting is so important. Different materials require different burning methods, and mixing them causes a severe headache for the nation's hard-working waste disposal staff.

The Realities of Recycling in Japan

The nation's garbage sorting system leaves many with the impression that the country is one of the best recycling nations in the world. In reality, this isn't quite the case, according to Waste Atlas, the nation's recycling rate is 20.8%.

However, one item Japan does recycle well is the PET (plastic) bottle, the bottles you see in most vending machines. The country has come up with a system which melts the bottle's plastic and transforms it into a pure resin. This resin can be repurposed into new PET bottles and other items like clothing and carpets.

The success of this recycling innovation is why PET trash bins are the most common bins you'll see on the streets of Japan. It's also a great reason why you shouldn't throw other trash into these PET bottle bins, as it hinders the streamlined system.

Where to Throw Away Your Garbage

If you can't throw your onigiri wrapper into the PET bottle bin near the vending machine, then where can you throw it? It's a question asked by most travelers when they arrive in Japan.

Train stations often have a row of bins, on top of which you'll see the words and an icon indicating what type of garbage they accept. Recyclables are the most common, but some stations also have regular trash cans where you can get rid of your burnable plastic and papers guilt-free.

Convenience stores also have multiple garbage bins for all types of trash, and given the ubiquity of these stores, they're your best bet. Another option for garbage disposal is to do as most local Japanese people do, which is pocket it, and take it home at the end of the day to dispose of correctly.

Why Japan Doesn't Have Many Trash Cans

The reason that Japan's big cities especially don't have a lot of public trash cans is two-fold. The first is to encourage the minimization of waste.

Another reason is security. In 1995, Tokyo's subway system fell victim to an act of domestic terrorism known as the Tokyo Subway Sarin Attack. The attackers used gas as their primary weapon, killing 12 people, injuring 1,000 and forever impacting the psyche of the nation.

If there are fewer bins, there are smaller opportunities for concealing items that may be dangerous. These days most of the bins you'll find designated for regular trash are transparent for security too.

Garbage in the Home

Waste disposal is an issue that's managed at a municipal level, which means it varies from town to town. But that's not the extent of it! In Tokyo alone, each of the city's 23 wards has its own system for garbage disposal!

When you move to or within Japan, one of the first things you'll have to do is visit the local municipal office to register as a resident. During this registration system, people are given a handout detailing the trash collection protocols for that specific municipality. Many wards also have color-coded signs on poles outside residential areas reminding people on what day specific types of garbage will be collected.

Airbnbs and hostels also typically request that guests follow the waste disposal regulations of the area. Most places will have guidebooks or posters showing exactly how and where to throw away recyclables and garbage.

The Main Types of Garbage Categories

1. Combustible or moeru gomi (燃えるごみ)
Combustible is basic burnable trash. Items like paper waste (paper towels), plastic bags and food wrappings, fabrics, food peels, and similar items go in there. This garbage is the majority of what people throw out, and it's usually collected twice a week.

2. Incombustible or moenai gomi (燃えないごみ)
Incombustible is trash you can't simply burn. Thicker plastics like buckets, glass items like light bulbs, ceramics, umbrellas, and metallic items, small household appliances, and other personal items like spray cans and razors go into this trash. These items are usually collected once a month.

3. Recyclables or shigen gomi (資源ごみ)
Separating garbage for recycling is serious business in Japan. Within this category, there are three separate subcategories: cans (カン), glass bottles (びん), and PET Bottles (ペットボトル). These items need to be separated, and they are usually collected once a week or fortnight, with each type of material being picked up on a separate day.

4. Oversized trash or sodai gomi (粗大ごみ)
Oversized trash is your larger than regular, everyday trash. Each area has a different definition for what is considered oversized, but as a general rule, anything over 30cm long could be considered "sodai gomi." Getting rid of this type of trash requires an appointment and a fee.

If you want to throw something big in the trash, you have to call the local garbage disposal number and order a sticker known as a "sodai gomi shori ken" (粗大ごみ処理券). This sticker is your proof of payment for disposal services. Then on the designated day, you can leave this trash in the collection area to be picked up.

When to Throw Out Trash

It doesn't matter if you're in Japan for a vacation, even Airbnb and hotel owners expect guests to adhere to the local rules. It's possible that guests could even be blacklisted or scolded for not following the detailed rules.

If you're in Japan for a while, leaving the trash out before collection day is a sure-fire way to cause tension between you and your neighbors. It's also guaranteed to attract karasu, Japan's menacing crows. These oversized black birds love nothing more than tearing apart the plastic of a hot garbage bag that's been left out in the sun and strewing its contents across the street.

Karasu are one of the main reasons you'll see most Japanese garbage that's been left for collection under nets or inside netted boxes. They're also the reason you should try and make sure to minimize the amount of time the garbage is left waiting for collection. The best time to take out the trash is early in the morning on the day of collection. As for tourists, simply follow the rules outlined by the accommodation.

While it is more complex than that of other nations, Japan's garbage system doesn't take too long to get used to. Similar to the nation's train systems, it's overwhelming at first, but everything will start to make a lot of sense as you gradually grow to understand it.

As a general note, just be conscious of how much waste you produce, and recycle at every opportunity, and you'll have no problems at all.