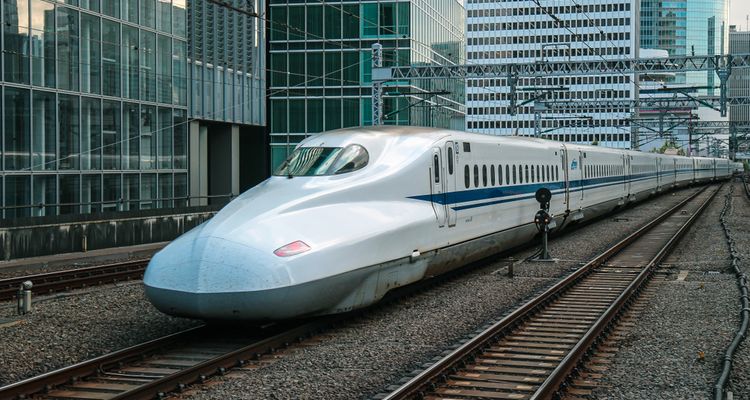 3 Secrets Behind the Wonders of the Shinkansen, the Japanese Bullet Train

Japan's shinkansen has been praised overseas for its punctuality, comfort, and safety. Here are the secrets behind its success.

The Japanese shinkansen, or bullet train, is one of Japan's most prominent technological advancement and it receives a lot of attention from overseas. The Tokaido shinkansen takes 2 hours and 25 minutes between Tokyo and Shin-Osaka, and has a top speed of 270km/hour. This year is its 50th anniversary and since 1964 it has transported more than 5 billion people. Of course, the speed is one of the reasons tourists are so shocked by the shinkansen, but there are other reasons like the punctuality, the comfort, and the safety.

Of course all this is attributed to the technology, but actually the drivers and other staff that support the way the train runs contribute hugely to the shinkansen's quality.

(Part of this article comes from TV Asahi's "Korezo Nippon Ryu" and has had original content added.)

Secret #1: The conductor has a high skill level Because the interval between trains is so short, if one train is late even a little it will affect all the trains coming behind it, but the yearly average delay is only 30 seconds. This takes huge delays caused by events like typhoons into consideration, so it means that trains on a regular basis are not late.

Because there are not many platforms, it is important that the shinkansen is always on time so that they can serve as many customers as possible. However, what is the real reason the trains are so punctual?

The real reason behind the train's punctuality is the conductor. Since the shinkansen is such a high tech vehicle, you may think that the conductor has an easy job, but that's not the case. Here are some of the secrets behind shinkansen conducting.

a. The speed calculations are always extra-accurate

The shinkansen conductor is constantly mentally calculating the speed the train needs to run at in order to get to the next station precisely as planned.

By the way, when the train pulls in and out of station, the conductor announces how late or fast the train was in seconds, and confirms the time  using a pocket watch assigned by the company.

With a pocket watch, it is easier to make split-second calculations. For example, if you have an hour left to get to the next station 100km away, then you would drive at 100km/hour. If it was 30 minutes away, then 200km/hour. Using a pocket watch makes this mental arithmetic more visual and easier to do. Furthermore, in order for the conductor to be able to protect the train's punctuality, they also establish how long it is to the next station that they pass through even if it isn't a stop on their route.

Every time a train passes through a station it isn't stopping at, the conductor will say it out loud and check the time. If the train is going faster or slower than scheduled, they finetune the speed to match. Using their proficient techniques, they correct the gap in time at every station they pass through.

For example, from Shin-Yokohama Station to Nagoya Station is 300km, so if the train runs at 270km it will take a little over an hour. However, in reality it takes an hour and twenty minutes. Because there are curves and slopes in the rail, the speed changes in consideration for safety and the passengers' comfort.

This way, when they calculate the speed in order to accelerate within the limited time, they don't have to go at an impossible speed nor do they have to decelerate, so passengers can spend their time on the train in comfort.

For the conductor, accurately calculating the speed ties into the train's punctuality and the pleasant ride.

b. Strategic power against unexpected occurances

Actually, as the shinkansen runs, it may break a little bit, but not enough to stop the train. When that happens, the conductor can't change the train schedule, so they deal with the breakdown as they drive.

In order to stay calm whenever something happens, conductors regularly practice driving on simulators.

The simulator creates scenarios where various breakdowns occur. As the conductor drives, he consults a manual and says his approach to the problem out loud. Of course, as he does all this, he is calculating the speed and adjusting the accelerator.

With this sort of regular practice, the driver can reach even the lowest level of skill necessary to stay calm no matter what happens.

Secret #2: The wonders of the cleaning staff

It's not just the conductor's skills that supports the punctuality and the comfort.

When the train reaches its last stop, before it turns around and departs for its next destination, there is a little less than ten minutes excluding the passengers getting off and on. In that short time span, the cleaning staff quickly makes the inside of the cars spotless. As the door opens, they rush in, and with incredible energy they dust the seats, wipe the windows and tables, and change the seat covers. In their hands are an electric cleaner and a garbage bag. They make the inside of the carriages sparkle in less than ten minutes, and then bow to the passengers waiting on the platform. They disappear like the wind.

It might be easier to understand if you watch the video. You can see how quickly they clean the inside of the car in less than ten minutes.

A video of the cleaning staff of the Tokaido shinkansen.

A video of the cleaning staff on the Tohoku/Jouetsu shinkansen. Since they have less than 7 minutes, their way of working became a huge topic.

After the staff is finished cleaning, they line up and bow towards the waiting passengers.

When the president of TGV, the French rail line that is said to be the fastest in the world, visited Japan, he said:

"There is no match for the shinkansen. I want to take the cleaning staff home with me."

In this way, the staff works quickly and politely to keep the shinkansen's schedule as well as the making the passenger's experience more comfortable.

For example, on the 50 year old Tokaido shinkansen, there have never been any deaths related to a train accident.

This safety is propped up by a series of detailed checks that is in place.

The shinkansen's inspection is established as a 4-tier system by a ministerial ordinance.

Once every two days, an inspector looks over the train for defects both by sight and by touch. They also check the aerial wiring that takes in the energy through a pentograph and the degredation of the brakes.

Once a month, the shinkansen undergoes a complete examination. They turn on the power and double-check that it is running as it should be. You can see the attention to detail especially in the monthly check. There are 4 people who each check the condition of the bolts so in case any of them have defects they can be thoroughly changed. Among that, the doors are considerably checked. The doors alone have more than 27 spots to check. If any of the doors fail, it would be a hindrance to the passengers getting on and off, and it could lead to a delay in the schedule.

Every six months, the motor and the flatcar attached to the wheels are disassembled. The motor rotation is checked to see if any of the axles are weakened and for other problems.

Once every three years, there is a huge overall inspection. Almost the whole train is dismantled and is throughly checked over half a month. Afterwards, it's repainted with a fresh coat. One train (16 cars) is inspected more than 500 times in 3 years. The huge number of inspections they do is a secret to secure the passengers' safety.

Of course, after the inspection, the train is thoroughly cleaned.

b. Railroad inspection at the proper speeds

Concerning the railroad, there is a special train called Dr. Yellow that runs on the track at 270km/hr that inspects the rail condition, the aerial wiring, and the signals. Dr. Yellow isn't often seen so if you catch it while you're in Japan, you can consider yourself lucky.

By the way, Dr. Yellow inspects the following two points:

These inspections are carried out late at night every day, and the staff that carry out the repairs number about 3000 people every night. That large number of people carry out steady work every day. The rocks that are laid 1 meter under the tracks are called ballasts, and are sucked up by the vibration of the moving train. They stop gaps in the rails and help block the noise. Because the shinkansen runs at a high speed every day, it erodes the top layer of the rocks. Because of tht, they change the ballasts every day.

Actually, this machine was created in Japan and was the first of its kind in the world.

The ballast replacement machine changes the ballasts every night to keep the quality constant.

A video of the ballast replacement machine at work

Afterwards, people clean it by hand. In one night they cover 50m each.

Because of these detailed checks in place, the shinkansen's safety is protected.

What do you think about the shinkansen now? The shinkansen's wonders isn't just the technology but also the people and the structures in place.

As mentioned earlier, the Tokaido shinkansen turns 50 this year. To go along with the 50th anniversary, they have 50 kinds of anniversary cards and the bento boxes. If you come to Japan, please try one of the bento and get one of the cards!

Japanese newspaper Asahi just reported on 18th September, that Tokaido Shinkansen will upgrade its top speed into 285km/h in the coming spring:

In the coming Spring, Tokaido Shinkansen (between Tokyo Station and Shin-Osaka Station) will upgrade its top speed, for the first time in the last 23 years, into 285 km/h. Since there are many curves on this railway, it has been impossible to excel the 270km/h which Shinkansen "Nozomi" achieved in 1992. The first day of the next month is their 50th anniversary. Their record-breaking is the result of their continuous pursuit of "the technique to curve well and stop quickly".