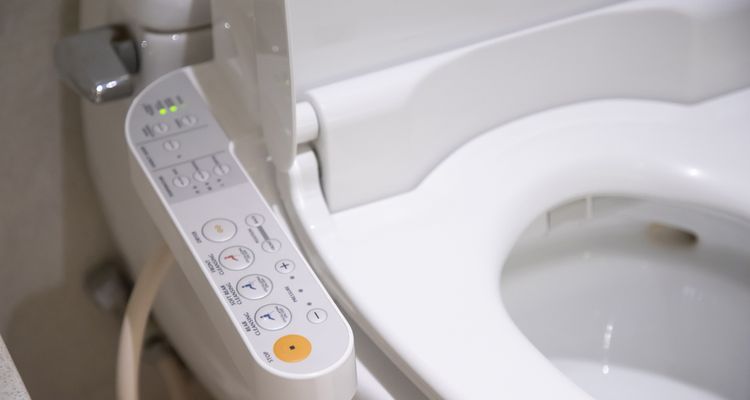 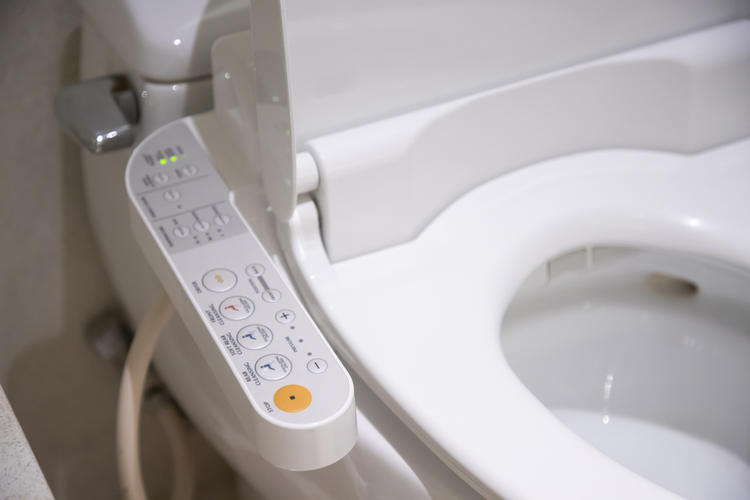 Everything You Need to Know about Using Japanese Smart Toilets

Using a Japanese smart toilet can seem overwhelming at first. With so many buttons at your disposal, from the bidet function to the deodorizer, the whole experience can resemble sitting at the helm of something straight out of Star Trek. Fear not, though, because with this guide, you'll soon become king of the Japanese porcelain throne.

Getting to the Bottom of the Japanese Toilet’s Success

The “Japanese smart toilet” has become something of a running gag in western pop culture because of the inherent silliness and implicit horror of attributing “intelligence” to something that directly handles our waste. According to a whole bunch of movies, TV shows, and cartoons, Japanese toilets can do anything like heat up the seat, self-clean, do your taxes etc., and if they continue on their current trajectory, soon they’ll be so smart that we’ll have to start apologizing to them before each use. That’s how smart toilets tend to be looked at in the West: as a big joke. But in Japan, they’re serious business.

In 2017, the Japanese company TOTO, the world’s largest toilet manufacturer, reported profits totaling $311 million. This was mainly due to them hitting the 50 million mark on the sales of their patented Washlets, an electronic bidet built into the toilet seat, which can now be found in 70-80% of Japanese homes. It’s gotten to the point where many Japanese people claim that they just could never go back to using just toilet paper in their bathrooms, so now you’ll find Washlet toilets not just in homes but in hotels, department stores, train stations, and many other places.

Smart toilets have become so commonplace in Japan that in 2018 the Japan Sanitary Equipment Industry Association had to standardize the pictograms used in smart toilets buttons to prevent confusion among tourists. Here’s a basic guide to them:

How to Use a Japanese Smart Toilet

Otohime ( literally “sound princess”) is a device that used to be housed in a separate box mounted on the walls in public restrooms, but now tends to be an included part of most newer Japanese toilets, usually identified by a musical note mark.

You start by pressing the otohime button or waving your hand in front of the device as the case may be. It will then produce a flushing sound that masks your bathroom noises, thus allowing for a more comfortable toilet experience if you have a shy bladder or colon. In the US, where many people resort to things like timing their expulsions to someone outside the stall using the hand dryer, a device like Otohime will surely be seen as a godsend. It might be one reason why TOTO’s sales in the US have been steadily climbing for the last few years.

Once you’ve done your business, it’s time to get cleaned up using the Washlet bidet function. Many proponents of bidets hail them as an alternative to toilet paper, but in Japan they’re a team. First, you wipe down with the toilet paper, and then you complete the clean-up with the Washlet spray function.

The Washlet is a TOTO trademark that goes back to 1980. It was modeled after the European bidet, with the added functionality of being housed within the toilet seat, a must in traditionally small Japanese houses that would not be able to install a separate bidet in their bathrooms. Still, it wasn’t an easy sell in the beginning, literally, as the original Washlet retailed for around $660 in 1980. The biggest challenge was getting the angle of the water and its temperature just right, as it was hard to survey such personal information from consumers. So, TOTO’s engineers took it upon (and below) themselves to test their Washlets and eventually came upon the Golden Rule. The devices apparently worked best when the water was kept at 38 degrees Celsius (100F) and shot out at a 43-degree angle.

Another great function of Japanese toilets is the deodorizer, which filters out all unpleasant smells so you don’t have to resort to leaving the country and changing your name whenever someone uses the toilet immediately after you. On the newer models, the charcoal-filter deodorizer is automatic and turns on as soon as you sit down, but in older toilets you might have to turn if on with a push of a button, usually marked as “ON/OFF.” It’s definitely a better option than constant courtesy flushes because that’s just a terrible waste of water, which coincidentally is also another area where Japanese toilets excel.

First, Japanese ceramic toilets were horrible water-wasters, with a single flush using up to 20 liters (more than 5 gallons) of water. TOTO tackled this problem in 2002 with the Tornado Flush, where water is released from the sides of the bowl, causing it to swirl naturally. Compared to water coming in from above, this method greatly reduces the amount of water needed to flush our waste. By 2012, a TOTO toilet used only 3.8 liters (1 gallon) per flush, with their urinals clocking in at just 1.2 liters (0.3 of a gallon.) Depending on the model, the flush handle will be located on the side of the tank, or it will be replaced by a push button, or a motion-control sensor, or a button within the main control box that’s mounted on the wall.

One of the best-kept secrets of Japanese toilets are their self-cleaning features like CeFiONtect, a proprietary antifouling technology that TOTO developed in 1999. Due to its uneven shape, ceramic toilets easily accumulate dirt and bacteria etc., but by first coating them in the special CeFiONtect glaze, the bowls becomes more resistant to staining and therefore requires less chemicals to clean it. This is also the goal of the ewater+ technology, which mists electrolyzed water inside the bowl to disinfect it.

TOTO and other brand toilets aren’t just more environmentally-friendly, they are also actively saving the planet. According to a report from the Natural Resources Defense Council (NRDC), most of America’s toilet paper comes from the boreal forests of Canada which store about 12% of the world’s carbon. By switching to Japanese bidets, the US could save untold acres of woods from being cut down only to be later flushed down the toilet.

Are We Sacrificing Convenience for Health with Modern Toilets?

It’s actually interesting that Japan would become the global center for toilet innovation, when according to science, the traditional Japanese squat toilet is much healthier for us.

The traditional washiki Japanese squat toilet has been the standard in Japan for thousands of years before the Western-style throne took over. However, you can still find them in many public restrooms round Japan. To use a washiki toilet, you squat above the opening in the ground and do your business while trying not to get anything on your pants, which are currently bundled around your strained calves. The position isn’t pleasant but science says that it makes evacuating your bowels much easier, and might even prevent some diseases as your skin never actually makes contact with the toilet. So, whether Japanese or Western style toilets are better ultimately depends on how you look at life in general: are you here for a long time or a good time? Answer that for yourself and choose your toilet accordingly.

The Japanese Toilet’s Future is Flush with Promise

So what does the future have in stall for Japanese smart toilets? Well, in 2018, TOTO released the Neorest NX, a next-generation toilet that’s retailing for $6,000, and for that price, it better be able to also do your taxes.

One might wonder why all these innovations can be traced back to Japan, and maybe the secret to their success is their unflappable attitude and lack of inhibitions when it comes to toilets. After all, they are the ones who opened a TOTO Museum in Kitakyushu (which has been visited more than 180,000 times since its opening), and the Unko (“Poop”) Museum in Yokohama and Tokyo, which celebrate scatological humor in all its forms. Whatever it is, Japan continues to be on the porcelain edge of toilet technology, and whatever innovations in that field arise in the future, they will most likely come out of this country.