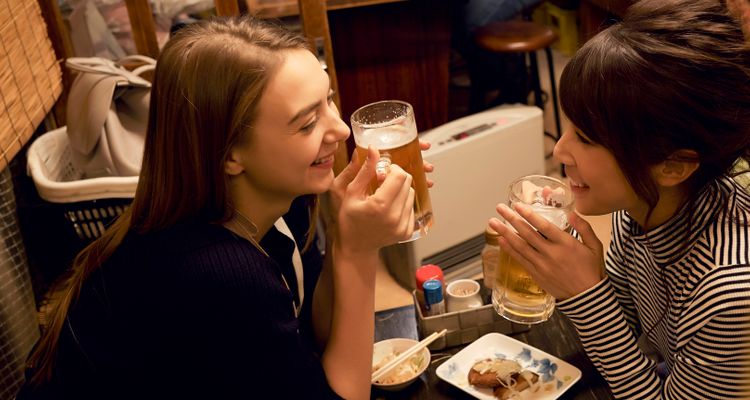 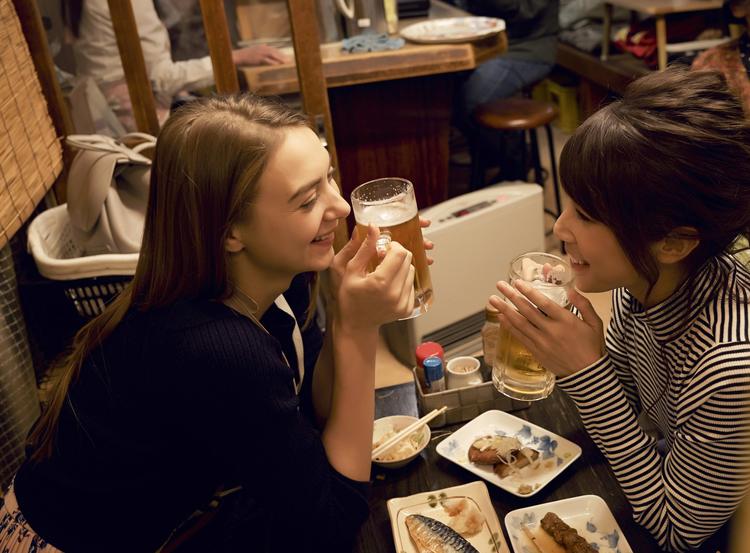 Japan offers a diverse selection of alcoholic beverages aside from just beer, wine, and cocktails. Although, if that’s your pleasure, you can get them for very low prices, with beer going for around 100 – 300 yen at Japanese restaurants and pubs. Then there are the convenience stores and supermarkets which sell alcohol 24/7, contributing to the country’s non-stop, affordable, and fun drinking culture. It wouldn’t be too much to call Japan a drinker’s paradise! But what do foreign visitors to the country think about it all? We interviewed expats that have lived in Japan for more than 2 years and asked them what they think about Japanese alcohol, and how the drinking culture here differ from their home countries. Here are their fascinating answers!

1. From Sake to Chuhai, Japan Is Abundant with Alcoholic Drinks

Many visitors to Japan are often surprised at the country’s many varieties of alcohol.

“There are a lot of different alcoholic drinks in Japan like umeshu (plum wine), sour mixed drinks—great for people who don’t handle alcohol well—and, of course, hard liquor. Personally, I really like highballs made with whiskey and carbonated water. They tastes great with a freshly-squeezed lemon.” (Male, USA)

“I was surprised at how long the alcohol menu was when I went to an izakaya (Japanese pub). All the drinks looked so pretty! I posted a lot of the best-looking cocktails to my social media.” (Female, Vietnam)

From beer to sake, whiskey, and sours, there are countless alcoholic drinks that Japanese people love. Some restaurant can offer hundreds of different drinks, which just goes to show you how much the people of Japan enjoy alcohol.

2. Not Just on the Rocks! Japan’s Creative Ways to Enjoy Alcohol!

Besides their varied drink selection, many have also praised Japan’s many different ways of enjoying alcohol. When you go to an izakaya, you’ll often see menus that you can’t find anywhere else.

“There are a lot of different ways you can enjoy alcohol here. Other than in sours, chuhai (shochu highballs), and cocktails, sake also comes on the rocks, straight, or served hot. It was overwhelming at first, but now thinking about what to drink is part of the fun. In Korea, it’s either shochu or beer…” (Male, South Korea)

“There are a lot of different ways to make a drink in Japan, like cutting it with cold or hot water. In China, alcohol usually comes on the rocks, so drinking in Japan is like a whole new experience for me.” (Female, China)

Japanese people go above and beyond to discover the most enjoyable forms of drinking. Some of the more popular examples include making drinks on the rocks and cutting it with cold or hot water, but the country is not stopping there. In recent years, we’ve seen the introduction of “sparkling sake” made with alcohol and carbonated water, as well as red eye-style sake drinks made with tomato juice. There are also desserts where sake is poured over vanilla ice cream.

3. Less Than Half the Price Than in Your Home Country! Japanese Beer Is Low-Priced Yet Delicious

Japanese beers such as Kirin, Asahi, or Sapporo are well known around the world, with many people abroad praising them for being both cheap and delicious. Not many other brands offer this kind of value for such a low price.

“The head on Japanese beer is so soft and tasty, and it goes down so well. Japanese beer is on a whole different level. Asahi is well carbonated while Kirin is a bit sweet. Sapporo, on the other hand, has a rich taste to it, which I highly enjoy.” (Female, Taiwan)

Asahi, Kirin, Suntory, Sapporo, and Ebisu. These are referred to as Japan’s big 5 beer manufacturers. Many travelers have also commented on the low prices, claiming that canned Japanese beer costs about a third of what they pay in their home countries. The average price start at about 120 yen for 350ml cans, with 500ml cans going for as little as 150 yen. Not only are the prices much lower than in other countries, you can also get beer in Japan 24/7 and there are no open container laws here, which helps create Japan’s amazing drinking culture.

Sake might be Japan’s most representative alcoholic beverage, but it actually comes in a lot of varieties.

“With sake, there tends to be different styles of the same brand, such as 'daiginjo’ and ‘junmai.’ I had a lot of fun comparing the flavors. I got carried away and got a bit drunker than I planned, haha.” (Female, USA)

“I ordered a sake tasting at an izakaya. Obviously, different brands have different flavors, but I didn’t know that sake can differ so much depending on where it's made and how. I bought a comparison set at the airport so that I could introduce my family to Japanese sake. They enjoyed it very much.” (Female, Taiwan)

Japanese sake comes in three varieties: junmai, ginjo, and honjozo, which then branch off into smaller categories such as junmai daiginjo, daiginjo, and so on. What’s important is that even with the same ingredients, the flavor can change drastically depending on how the sake is made.

“Junmai” is a traditional sake made just with rice, malted rice, and water. Its main characteristic is a distinct palatable taste and a well-rounded aroma that comes from the rice. On the other hand, “ginjo” and “honjozo” add distilled alcohol to the same ingredients. They’re also made differently. Ginjo is made with less than 60% polished rice* while honjozo is made with 70% polished rice or less. The former has a distinct fruity aroma, while the latter is less fragrant but has a smoother taste.

Many foreigners have started to become fans of sake. In recent years, competitive sake exhibitions have been held in France, slowly making the alcohol into an international beverage. A day is coming when people all over the world will be able to enjoy sake in their home countries, and it may be here very soon.

*Rice polishing: The ratio of polished rice from brown rice is usually represented in percentages. The outer layer of rice can create off-flavors in sake, and is usually removed during the brewing process. Though costly, the more polished the rice, the better the sake tastes.

Some have pointed out the different “otsumami” (snacks that go with alcohol) available in Japan. Just what are they exactly?

“In America, you usually eat nuts with your beer. But in Japan, it’s common to have boiled edamame. I was surprised it wasn’t the dry kind.” (Male, USA)

“There are a lot of unique ‘otsumami’ available in Japan. I was surprised when I saw ‘horse yukhoe’ which uses raw horse meat. I was concerned at first, but it tasted way better than I thought it would, and went so well with my drink.” (Female, Taiwan)

Edamame are commonly consumed with alcohol in Japan. They are high in protein, increase liver metabolism, and help break down alcohol. And besides being nutritious, they just go amazingly well with alcohol. Next time you order beer or any alcoholic drink, why not pair it with some edamame?

Just as someone has a favorite food, one’s affinity for alcohol differs from person to person. People have likes and dislikes depending on the alcohol percentage and flavor. That’s why Japan accommodates a wide range of customers with a wide alcohol selection that you won’t find anywhere else. This dedication to variety is also seen in different parts of Japanese cuisine, such as all the different kinds of ramen, soba, and udon noodles, sushi, beef bowls, tofu dishes, or hotpots. Japanese people also get creative with foreign dishes such as with the omelet-inspired omurice (omelet rice), taco rice inspired by Mexican tacos, and so on and so forth. This creativity can be seen in the way that Japanese people approach alcohol as well. It’s definitely something you’ll want to experience during your next visit to Japan!