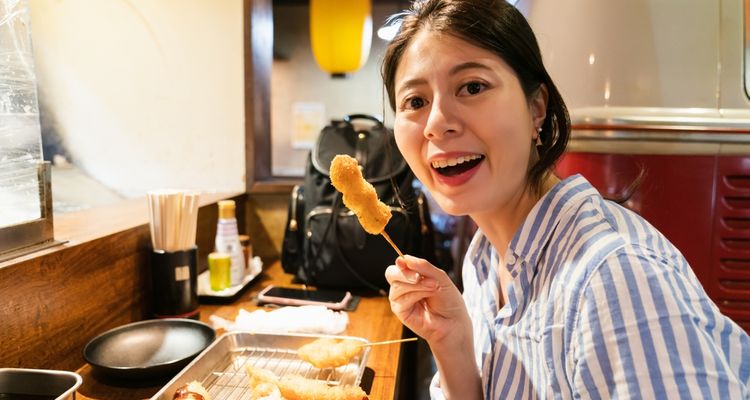 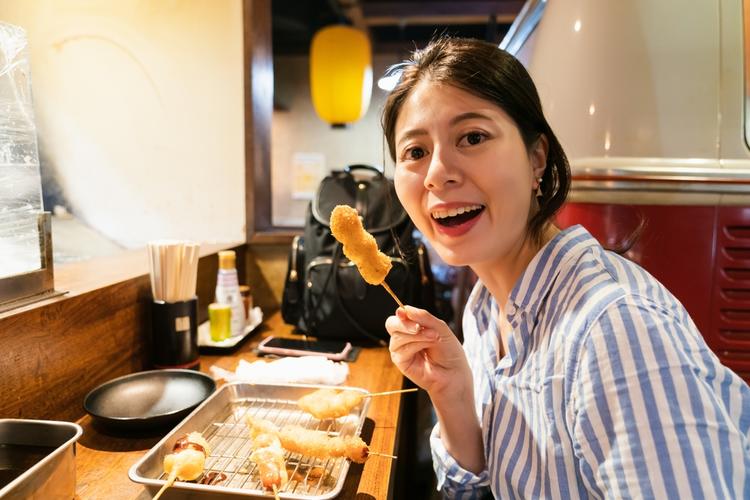 Did I Order This…?! 7 Things at an Izakaya That Surprise Foreign Residents in Japan

Many foreign visitors to Japan would agree that Japan is an "alcohol heaven". This is due to the fact that Japan has numerous izakaya (Japanese pubs), where the selling of alcohol is legally permitted, and the price for alcohol itself is less expensive compared to other countries. Many izakaya also have an all-you-can-drink option on their menus, which are full of Japanese-style alcoholic beverages. Many foreign visitors are surprised at the distinct services and systems of izakaya compared to the bars and pubs of their own country. Izakaya themselves have become part of Japanese tourism for alcohol lovers. We've interviewed some foreign residents in Japan regarding things that surprised them at an izakaya.

In Japanese izakaya, there exists a service where one can drink as much alcohol as they want for a set price. It's a service you don’t see often outside of Japan, and many were surprised when they first encountered them.

"I was excited by the all-you-can-drink option at izakaya. I drink a lot, so it's really easy on my wallet, all the while I'm able to enjoy a whole variety of alcoholic beverages. Japanese people are so generous for providing such a service for the price of two or three beers." (Female, USA)

In some countries, it's illegal to provide all-you-can-drink alcohol services for a set price. Countries in the EU are good examples. In France, such alcohol services were considered illegal in 2009. England banned it in 2010, and the rest of Europe followed soon after. The fact that Japan still holds on to and provides this service despite other countries banning it, is considered a charm for many foreign visitors.

2. The Dish You Never Ordered… What’s an "Otoshi"?

Unlike Western countries, Japan does not have a tip system. However, some izakaya may ask to charge you for an otoshi (appetizer). It's similar to a "table charge", but it can be confusing to foreigners who don’t understand the system and sometimes may even lead to some trouble between the store and the customer.

"When we got to our table, there were dishes set that we never ordered. My Japanese friend explained to me that it was an otoshi, but we were charged for it separately. It tasted great, but I would've liked an explanation beforehand." (Female, USA)

"I was surprised when we were charged for the otoshi separately. Is that something like a service fee? I asked if it was a mandatory payment but the staff didn't explain anything to me. I wonder if it’s just an unspoken rule here." (Male, Australia)

It seems that many foreign customers don't understand the otoshi system. An otoshi is simply an appetizer that the store provides before the ordered dishes are brought to the table. It can also be called a tsukidashi. For the most part, izakaya do not provide these free of charge. It's a normal thing for Japanese people, but not so much for foreign visitors. In some cases, customers can opt to refuse an otoshi, but it’s best to make sure beforehand with the store.

3. Japanese People Toast Only Once? First Drinks Are Always Beer? Some Strange Japanese Rules on Toasts

Some have also questioned the habits seen in Japanese pubs as well. Many foreigners seem to share this opinion, in particular those from Asia.

"It's strange that Japanese people only toast on the first drink. In Taiwan, we toast many times. Why just once?" (Female, Taiwan)

"I was wondering why they only toast for the first drink. It also seems to be a habit to say 'first off, some beer'. Is it because Japanese people love beer, or because beer's just easy to do a toast with?" (Female, China)

Japanese people typically do a toast once, just after they've been seated and ordered their first drink. On the other hand, Taiwanese and Chinese people seem to toast numerous times over the course of the meal. Also, the phrase "first off, some beer" has become a cliché for parties or dinners, reflecting just how often the first drink in Japan turns out to be beer.

So, why is it a habit for Japanese people to do a toast with beer? The secret to that lies in Japan's economic growth. Before beer was widespread among the common people, Japanese people typically enjoyed Atsukan (hot sake). However, with the high economic growth in 1955, beer became an easy-to-provide beverage and became popularized. Ever since, beer became the first drink to order at a banquet, hence the phrase "first off, some beer".

In recent years, new alcoholic beverages have started to rise in popularity, such as chu-hai (shochu cocktails), cocktails, shochu and highballs, but many Japanese people still start by ordering a beer. It has become an established tradition to order beer, loosen up the palette, and enjoy one's alcoholic beverage of choice later. It definitely is a custom of the Japanese izakaya.

4. There’s Not a Lot Assorted for an "Assortment" Dish! Why Are the Izakaya Dishes so Small?

Many have been shocked by the amount of food given at an izakaya; "we want more" seems to be the honest opinion given by foreigners.

"The menu said it was an 'assortment', but I was surprised by how little they gave me. In Korea, when you order a 'Sashimi assortment' you tend to get a whole fish’s worth. There might be a bit of a gap between the picture on the menu and the actual dish provided... " (Male, Korea)

"Do Japanese people not eat much? It's a good amount if you want to enjoy multiple dishes, but as an American I feel like there's just not enough... " (Female, USA)

As a Japanese person, the portion sizes in izakaya are common knowledge, and not many people complain about them. Rather, it's thought to be better since the small amount leaves plenty of room for you to try all the other dishes.

This might also be connected to Japanese dining habits. Many Japanese people are taught in their household and educational environments to have a balanced meal. In other words, instead of eating a lot of a single thing, eating a little bit of many different things is thought to be healthier.

5. Wet Hand Towels Provided the Moment You're Seated! The Little Things That Make You Smile

An oshibori is a wet hand towel or wet wipe provided to customers upon being seated in many Japanese restaurants, cafes, and izakaya. Japanese people consider it common table manners to wipe their hands before eating.

"I was surprised when they handed me a hand towel. It's not something provided in my country, so I told them 'I didn't order this' out of confusion. And it's free? If this were the States, they would've charged me for it." (Male, USA)

"So it's a hand towel in Japan, instead of napkins or a finger bowl! I think it's nice and easy to wipe your hands with. They give you cold hand towels in the summer; it felt so nice I even wiped my face with it." (Male, USA)

Many Western visitors were surprised that there were no napkins or finger bowls, that hot or cold hand towels are provided depending on the season, and that this kind of service is free.

Below are some of the comments given by customers amazed by izakaya ordering systems:

"I was shocked you could just call a waiter over simply by pressing the 'call waiter' button at the table. I think it's a really convenient system." (Female, Korea)

"The fact that you can place your order through a touch panel is amazing! You don't have to bother the waiter every time you want something, and it gives you as much time as you want to look over the menu. The order history tab is especially useful to check what you've ordered and how many, since I tend to drink a lot... " (Male, USA)

Many Japanese izakaya (mainly the chain restaurants) are equipped with a call button specifically to call over waiters. These buttons are usually placed next to the menu area of the table, and gets rid of the hassle of trying to get the attention of busy waiters.

In recent years, many restaurants have also introduced tablets for placing orders. Just click on the item of choice and select how many orders, and that's it! Having English, Chinese (traditional/simplified), and Korean multi-lingual support is also a plus, since it doesn’t require any knowledge of Japanese, all while keeping the ordering process nice and easy for many foreign visitors.

7. In Japan You’re Allowed to Smoke in Restaurants!? The Alcohol and Food Are so Good, but It’s Hard to Stay Long With the Smell of Cigarettes...

There were many mixed reviews on smoking in restaurants and dining areas. Many were surprised by the amount of izakaya that allow smoking all throughout the venue.

"In Taiwan, most restaurants are strictly no smoking. If you're going to smoke in Taiwan, it would be outside. Compared to other countries, I think Japan doesn't have much separation between smoking and non-smoking areas." (Female, Taiwan)

"Japanese izakaya are not no-smoking areas. I don’t like the smell of smoke, so I wasn't able to stay long. It was a shame, since the alcohol and the food were really good." (Male, Vietnam)

Japan is considered to lag behind when it comes to dealing with smokers. The government recommends more separation of smoking and non-smoking areas, yet izakaya that allow smoking at all seats are still going strong. However, this is about to change after April 2020. Because of the Tokyo Olympics, all restaurants and dining services in Tokyo are to ban smoking across all seats. Not even smoking areas in restaurants are to be permitted, so the only way to smoke would be to find a nearby smoking booth. This means that smokers' lives will get tougher, yes, but this is a sign Japan is catching up with the times.