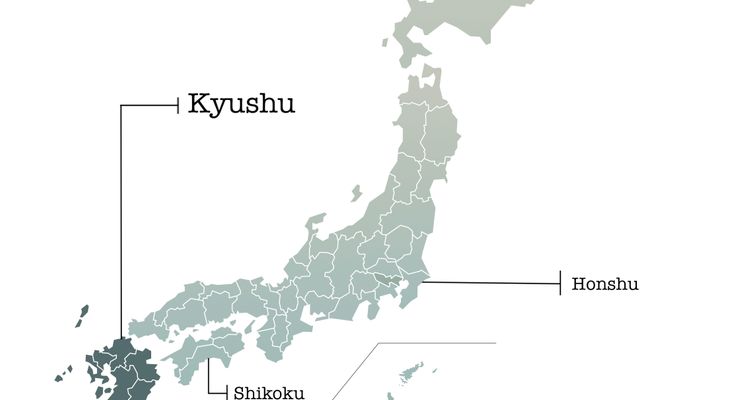 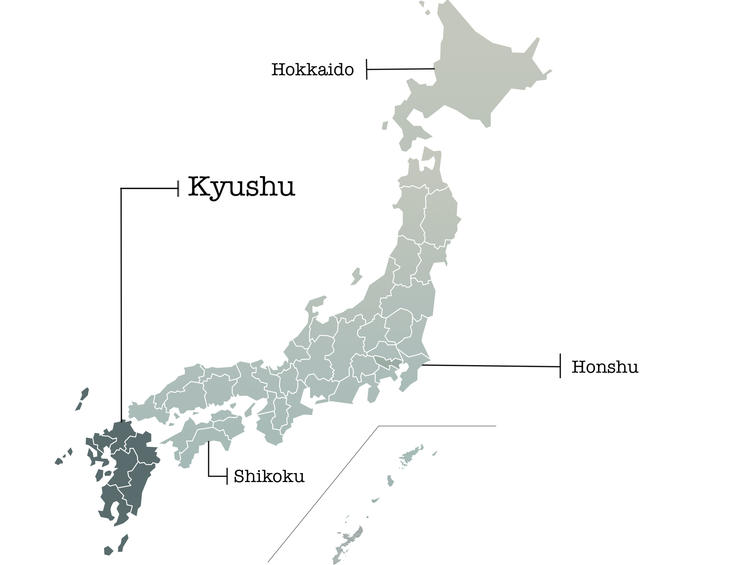 Why Is it Called "Kyushu" (9 Provinces), When There Are Only 7 Prefectures?

Kyushu is the southernmost of the four major islands that make up Japan. Home to many familiar places including Fukuoka, Nagasaki, and Kumamoto, Kyushu is a prime vacation spot celebrated for its delicious food and mild weather. But did you know that the name "Kyushu" means "nine provinces" in Japanese, despite there only being seven prefectures on the island? This article will explain the reason for this name and dig a bit into the history of Kyushu.

Japan is an island nation made up of four major islands (Hokkaido, Honshu, Shikoku, and Kyushu), plus more than 6,000 thousand smaller islands. Of the four major islands, Kyushu lies farthest to the southwest.

What Are the 7 Prefectures in Kyushu?

Kyushu contains seven prefectures in total. They are: Oita, Fukuoka, Saga, Nagasaki, Kumamoto, Miyazaki, and Kagoshima. Many of these names are likely familiar.

Nagasaki, of course, is one of the cities that was devastated by an atomic bomb during World War II, but is also known for its long history as an international city, since its port was the only contact that Japan had with the outside world during Japan's 214-year period of isolation.

Fans of Japanese food have likely heard of Fukuoka, as it is commonly known as a gourmet hotspot and is also the birthplace of some of the most successful international ramen chains, including Ippudo, Ichiran, and Hakata Ikkosha.

Why Is it Called "Kyushu" (9 Provinces)?

In Japanese, the name "Kyushu" is written 九州, which literally means "nine provinces." However, there are only seven prefectures on the island, so what's the reason for the name?

The old Japanese name for the island of Kyushu was "Tsukushinoshima." Around the 8th century, however, a central government was established in Japan under a new legal system called "ritsuryosei" which was adopted from China and informed all manner of life, including the distribution of land. Under the new system, Japan was divided into 68 provinces.

Interestingly, Shikoku, another of the main islands of Japan, also gets its name from the number of provinces that it contained (four, as 四国 (Shikoku) means "four states" in Japanese).

At some point in history, the old name "Tsukushinoshima" fell out of use and the island itself came to be called Kyushu.

The current seven prefectures of Kyushu were established after the Meiji Restoration in the late 1800s, when the feudal military government was abolished and power was returned to the emperor. The nine provinces of Kyushu became seven prefectures, but the name Kyushu was left unchanged.

Kyushu's Ancient Provinces Live On in the Local Cuisine! 5 Foods Named After The Old Provinces

Food is one of the best things about traveling, so here we will introduce five local Kyushu foods that reference the old provinces. Keep an eye out for them when visiting the island!

If visiting the Fukuoka area (formerly Chikuzen Province), one of the local foods that you have to try is called "chikuzenni." It is a simple dish of chicken and various vegetables which are cut into large chunks, pan-fried, and then stewed in a sweet and salty sauce made from sugar and soy sauce. This type of stewed dish, called "nimono" can be found throughout Japan, but what makes chikuzenni special is the fact that the ingredients are pan fried before being stewed, giving them a richer flavor and slightly different texture.

Wagyu is high on many people's lists of food to try in Japan. "Wagyu," however, is just the generic term for all Japanese beef. In fact, there are many famous regional wagyu "brands" across Japan, each with certain characteristics making it special.

One of the famous beef brands is the Bungo Beef from Oita Prefecture (formerly Bungo Province). Known for its intricately beautiful marbling, this high-end beef is expensive but will definitely not disappoint!

Satsumaage is one of the famous foods from Kagoshima Prefecture (formerly Satsuma province). They are a type of savory fish cake made from frying a patty of fish paste, often in a circular shape. Satsumaage can be savored in a variety of ways, but you're most likely to come across it in the classic cold-weather dish called "oden" (as shown in the photo), which is made up of various ingredients simmered in a light broth. The mild yet addictive flavor and satisfying chewiness make satsumaage a must-try!

If visiting Miyazaki Prefecture (formerly Hyuga Province) during the late winter or early spring, be sure to try the unique local citrus fruit, called "hyuganatsu." The first hyuganatsu tree was supposedly discovered in someone's garden in Miyazaki City in 1820 and was soon cultivated throughout the region. Hyuganatsu is thought to be a rare mutation of a yuzu (a classic Japanese citrus fruit that is too strong to be eaten as-is), and is juicy, mildly sweet, and slightly sour. The fruit is usually eaten by peeling off the outer skin but leaving the thick white pith on.

Hizen Chagayu is a local specialty of the area along the Ariake Sea on the coast of Saga Prefecture (formerly Hizen Province). It is a variation of "Okayu," a simple rice porridge dish that can be found throughout Japan. Hizen "chagayu," however, is a special version made by adding powdered green tea to the cooking rice, adding flavor and giving it a silky texture. If you're in the beautiful coastal area of Saga Prefecture, there's no better way to start your day than with a steaming bowl of Hizen chagayu!

Now that you know why it's called Kyushu, come and explore all the amazing things that this beautiful part of Japan has to offer. Kyushu is truly one of the coolest parts of Japan to explore, whether your interests be food, history, nature, or traditional Japanese culture. If you're planning a trip to Japan, consider adding some of the prefectures of this amazing island to your itinerary!