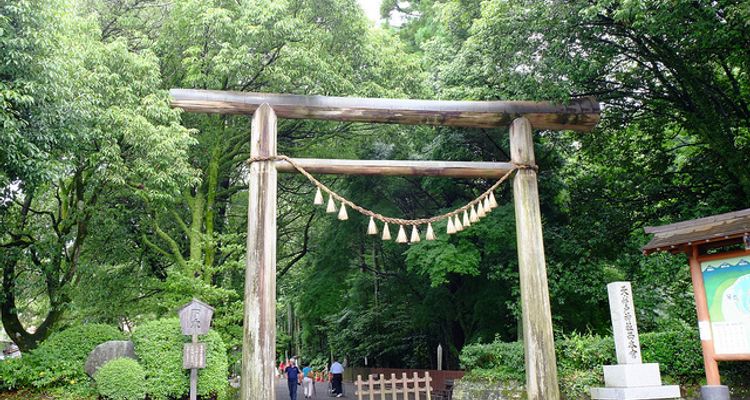 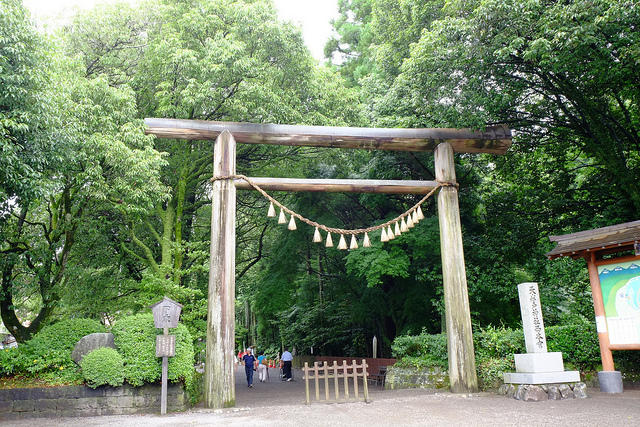 Located in Kyushu, the southernmost of Japan's main islands, Miyazaki is a prefecture full of rich nature and historic landmarks that have appeared in Japanese mythology. Here are 10 of the most recommended places to visit in Miyazaki.

Udo Shrine (Udo-jingu) is a shrine located by the coast. Generally, shrines are built on high ground - mountains and hill tops and the like - but this rare shrine requires you to descend rather than ascend to get there. The view of the Pacific Ocean stretching out right below your eyes is nothing short of spectacular.

The main shrine is located within a cave - yet another rarity. The vivid colors of the the shrine’s decorations are even more beautiful when contrasted with the gloomy surroundings.

One thing you absolutely have to try is “undama nage” (fortune stone throwing). Buy a stone that has the character for “fortune” on it, then toss it at the small hollow in the rock at the bottom of the cliff. If you can get the stone into the hole, your wish will be granted. The distance from the rock is surprisingly far, making it more challenging than it might appear.

In Japanese mythology, it is said that Takachiho Gorge is where the twin gods who descended from heaven created an island. The valley - formed, in actuality, by volcanic activity in an age long past - has cliffs which stand at 100 meters high, with an all-around mystical atmosphere to it.

You can take a look at the valley from a boat. Get on the boat and cruise the valley, and it will make you feel as though you are a character from mythology yourself!

There is a spot where you can have a great view of 3 arch bridges on the promenade at the cape, which is a popular photo shooting spot. Nowhere else in Japan can you see 3 arch bridges at the same time, so you shouldn't miss out on this fantastic view.

If you are at all interested in Japanese mythology, be sure to visit Amano Iwato Shrine along with Takachiho Gorge. This shrine houses the cave rumoured to be the one in which the goddess of the sun, Amaterasu, hid when she was angered by the destructive acts of her brother, Susanoo.

Amano Iwato is considered particularly sacred, and visitors are not allowed to enter without being accompanied by a Shinto priest. Photography is likewise prohibited. However, you can visit Amano Yasugawara - the place where the gods are said to have gathered to discuss how to tempt Amaterasu from the cave - without a guide, and taking pictures is also allowed.

In an area near Amano Yasugawara, you can find small piles of stones. These were constructed by previous visitors, so be careful not to knock them over, as they represent the pilgrims’ wishes. The miniature stone towers add an extra bit of mystery to the already serene landscape. Of course, feel free to try building your own.

Even the train station fits in perfectly with the whole atmosphere, as it was modeled after Obi Castle. Why don’t you try comparing the two and see how closely it stacks up?

In this historic town, you’ll feel as if you’ve slipped back in time to the Edo era. A stroll through these serene and peaceful streets is sure to soothe away any stress. Don’t forget to keep an eye out for the beautiful koi fish that live in the canals!

Aoshima is a tiny island with a circumference of only 1.5km. It is surrounded by strangely shaped rocks known as “the Oni’s (demon’s) washboard”, since the horizontal bars are reminiscent of the antique tool. You can walk to the island from the mainland by using the bridge that connects the two areas.

Postboxes in Japan are usually red, but there is a lone yellow one located in Aoshima. The postbox is known as the “yellow postbox of luck” and was inspired by the myth from “Kojiki”, Japan’s oldest history book. Of course, it works perfectly well as a postbox too. Why not send a postcard or two for good fortune?

Although it is a small island, Aoshima has a unique shrine with a long history - Aoshima Jinja. Home to a powerful matchmaking deity, if you’re looking for true love, a visit here may help you find that special person. After you buy your good luck charms, don’t forget to check out the torii gate along the coast.

Sekinoo Falls is a waterfall in the Kirishima Geo Park. It actually consists of three falls - Otaki, Otokodaki, and Onnadaki. The biggest of the three, Otaki is 40m in diameter and 18m tall. The best place to view this dynamic scene is, arguably, the bridge closest to the cascading water.

A volcanic eruption thousands of years ago created these unique holes in the ground. Known as Ouketsugun, this natural phenomenon is spread out over a 600m area. This formation is so rare, that the area is registered as a Natural Monument of Japan.

Starting from the area around the waterfall, a walk along the promenade is the best place to see the fall foliage. From late November to early December, the maple trees are colored a startling shade of red.

In the southern part of Kyushu, the shochu (Japanese alcohol made from grains, potatos, or molasses) business is flourishing. Miyazaki is home to one of the most famous shochu breweries, Kirishima, where they produce their namesake shochu. Near their head office is the Kirishima Factory Garden, where you can see the shochu brewing process and learn about the history of the liquor.

From 11 AM to 1 PM every day, you can participate in the factory tour, after which you can sample 9 different kinds of shochu! Be sure to pick up a bottle of your favorite as the perfect souvenir.

There is a restaurant, a bakery, and even a shrine inside the facility, so that you can have a good time even if you don’t drink. They focus on making local cuisine with fresh, local ingredients, so why not have a great meal before or after your tour?

Towering at 1,200 meters, the beautiful Ebino Plateau is located in the southern half of Ebino City. Aside from the fantastic view, a beautiful cobalt blue pond, a number of nice hikes, and hot springs also await you if you visit.

If you are visiting between late-March to mid-June, Tsutsuji Hills in the Ebino Plateau is a highly recommended. Here, about 30,000 azalea bushes grow naturally across an area of 6 hectares. The view of light pink and light purple blossoms blanketing the ground is absolutely breathtaking.

There a lot of wild animals who call the Ebino Plateau home, especially deer. As the deer live just close enough to the city that they are used to seeing humans, you might be able to snap a selfie with a particularly curious critter.

Toi Cape is on the southern tip of Miyazaki, facing the Pacific Ocean. The white lighthouse there is the only lighthouse in all of Kyushu that is open to the public.

Misaki horses, a breed of small horses native to Japan, also inhabit the area. Watching them frolicking and playing around, or even just laying around for an afternoon nap, is sure to make you smile. Of course, they are still wild animals, so make sure to keep your distance.

With nothing between you and the horizon, you can see stunning sunsets and sunrises. With a number of lodging facilities around the cape, why not book a night or two to take full advantage of your trip?

On the Takachiho Amaterasu Railway, you can ride on a small train called the Grand Super Cart. The 30 minute round-trip runs across 5.1km of enclosed track. The car doesn’t have a roof, leaving you free to enjoy the fresh air.

While some may think of it as an attraction for kids, the trip is a great way for avid photographers to get marvelous views of the changing seasons, especially over the 105 m high bridge. If you are lucky, you might even catch a glimpse of some rare birds.

Be sure to stop in at the souvenir store for the popular Kukkippu. A cookie (“kukkii”, in Japanese) shaped like a  ticket ("kippu"), with the name of Takachiho Station printed on it, it looks just like the real thing. The box doubles as a coloring page, making it a great souvenir for children.

That’s the list! The rich nature and mystical sceneries of Miyazaki will surely refresh your mind, so do give it a visit if you can!