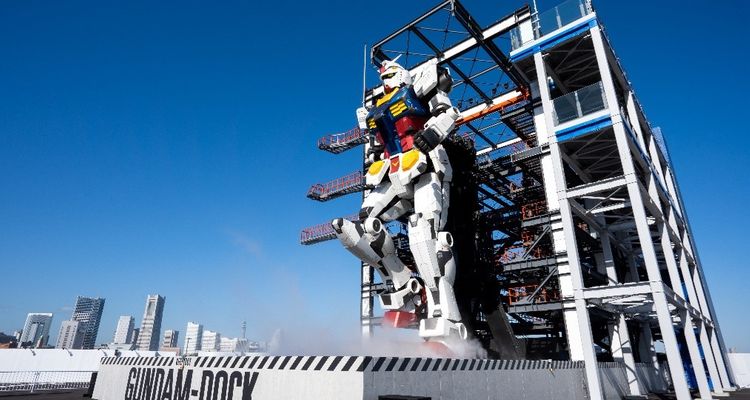 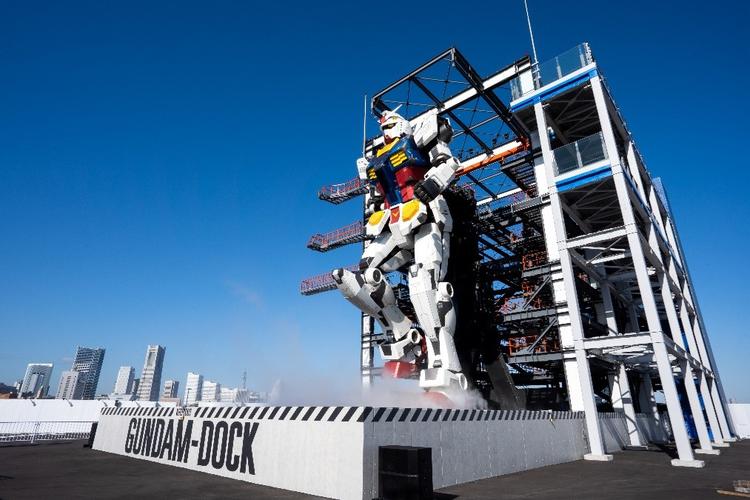 7 Tokyo Attractions We Are Saying Goodbye to in 2022

As a fast paced capital city, Tokyo is constantly changing, improving, and reinventing itself, and sometimes that means much-loved landmarks and institutions closing down. But fear not: in this ever-evolving metropolis, you can be sure that they will soon be replaced with something new and equally thrilling. From museums to shopping malls, here are some of Tokyo’s popular attractions that will no longer be around after 2022.

With its Romanesque columns and statues, giant fountain, and high ceiling with changing cloud patterns resembling a romantic sunset sky, VenusFort has been a popular place to shop and dine to your heart’s content for more than two decades. However, this will come to an end this spring as the building housing VenusFort is set to undergo major redevelopment, forcing the 3-story shopping plaza to close down.

Until its final opening day, VenusFort is hosting a spectacular illumination event - Thankful Carnival - with several large installations set up throughout the complex and a 3-minute carnival show held every 30 minutes at the Fountain Plaza. From the 26th of February, huge discounts of 80% or more will be available at many of the shops, so don’t miss out on one final trip to one of Odaiba’s most iconic malls!

Since its opening in 2018, digital art museum teamLab Borderless has experienced immense success and has even been recognized by Guinness World Records as the world’s most visited museum dedicated to a single artist/group. But although its unique light installations have wowed millions of visitors, teamLab Borderless is closing its doors this year as Palette Town - the building also housing VenusFort - will be undergoing redevelopment.

Until then, we’ll have one more exciting teamLab Borderless event to look forward to: the museum will be hosting its last cherry blossom-themed exhibition from the 2nd of March, with plenty of enchanting pink lights to bring extra festivity to the delightful sakura season. And it’s not goodbye for good: the people behind teamLab Borderless have promised that the popular museum will return at a new Tokyo venue sometime in the future.

For a short while, this 115-meter-tall Ferris wheel was the world’s tallest when it opened in 1999. Sitting at a prime location in Odaiba, the Giant Sky Ferris Wheel offers sweeping views of central Tokyo’s impressive skyline, including Tokyo Tower, Tokyo Skytree, and Rainbow Bridge. On a clear day, even the majestic Mount Fuji can be spotted in the distance, and at night, the Ferris wheel is lit up with thousands of rainbow-coloured lights.

Along with the rest of Palette Town, the Giant Sky Ferris Wheel will be closing down this year due to a major upcoming makeover of Tokyo’s harborfront, so make sure to make it to Odaiba for a final ride in one of the multi-colored gondolas.

Built in 1972 and designed by the renowned architect Kisho Kurokawa, the Nakagin Capsule Tower is not only the world's first capsule accommodation, but also a rare example of metabolism - a post-war Japanese architectural movement fusing the ideas of architectural megastructures and organic growth. The tower’s 140 capsules were meant to be replaced one by one on an ongoing basis, much like the cells of a living organism constantly renewing itself.

This Ginza landmark was originally meant to provide convenient and affordable housing for Japanese salarymen, but over the years, most of them were converted into storage rooms or simply left to deteriorate. Attempts to secure funding for a renovation failed, and the iconic building is now being dismantled.

Some of the cubic modules will be recycled, while others will be restored and donated to museums - one is already on display at the Museum of Modern Art in Saitama. And while nothing is set in stone, there might be good news for architecture buffs: rumor has it that one or more modules might be converted into rooms that can be rented on a nightly basis to experience the world’s first capsule accommodation for yourself!

Opened in 2018 like its sister museum "teamLab Borderless," teamLab Planets was only ever meant to be a temporary attraction. The popular museum with its mesmerizing digital art was set to close in August 2020, but then a certain pandemic came along and the closing date was postponed. Last year, teamLab Planets even added two new captivating light installations in the form of a floating orchid garden and an outdoor moss garden capturing the essence of Japanese zen.

After several postponements, unfortunately it seems like the museum won’t be delaying its closure beyond this year. However, as a concrete date has yet to be announced, one can still hope. To be on the safe side, we recommend heading out to Toyosu sometime during 2022, and don’t forget to try the flower-themed ramen invented exclusively for teamLab Planets by Vegan Uzu Ramen.

On the east side of Ikebukuro Station, the Rogan Glasses Museum is impossible to miss. Its exterior is adorned with thousands of reading glasses, sunglasses, and frames carefully placed side by side to cover the entire facade. Known for its very budget-friendly prices, the shop has long been hugely popular with shoppers of all ages, but after 50 years in operation, the shop will be closing down this spring. Leading up to its final day, the shop will offer discounts of 50% on all of its products, so head straight to Ikebukuro and grab a new pair of shades or three before it’s too late.

Located in Ryogoku which is famous for sumo wrestling and Edo-era spots of historic importance, the Edo-Tokyo Museum has a striking facade inspired by traditional Japanese warehouses. With its dioramas and large-scale models, including a theater and a replica of the iconic Nihonbashi Bridge, the museum is one of the best places to learn about Tokyo’s fascinating culture and history from the Edo Period (1603-1867) up until present day. Luckily, this is only a temporary goodbye: after decades in operation, the Edo-Tokyo Museum will be undergoing 3-4 years of extensive renovations before opening up to the public again.

And Now for Some Good News…

Over in Yokohama, just a short train ride from Tokyo, two more attractions are worth mentioning - one had its closing day postponed to 2023, and the other will only close temporarily to open again by the end of this year.

The sensation that is Yokohama Gundam Factory was finally revealed in December 2020 after being delayed due to the pandemic. Unlike any other Gundam statue in Japan, this impressive piece of engineering can move its limbs and even step out of its dock, and the 18-meter-tall attraction houses exhibitions, shops, and a themed cafe all dedicated to the Gundam universe.

Surprisingly, the colossal robot is only temporary and was meant to close this spring. However, to the delight of the series’ many fans, the date has been postponed to 2023 so that we can enjoy the life-size Gundam robot for another year. Due to the postponement, Yokohama Gundam Factory will be temporarily closed for renovations from May to July of 2022.

When Japan opened up to the world in the late 19th century, Yokohama quickly turned into a flourishing trade port. These two iconic warehouses made from red bricks originally served as storage and customs checkpoints, but today this famous Yokohama landmark houses shops and restaurants as well as exhibitions.

From May, the Yokohama Red Brick Warehouse will be closed for extensive renovations, but festivals and events will still be held in the outdoor open space between the two buildings, including the cheery Oktoberfest and romantic Christmas market.

Closed for renovations: 9th of May to December 2022

It can be sad to say goodbye, but Japan has so many exciting new openings in store for you that you won’t even be able to decide where to go first! Take a look at these 5 things to look forward to in 2022 and beyond.