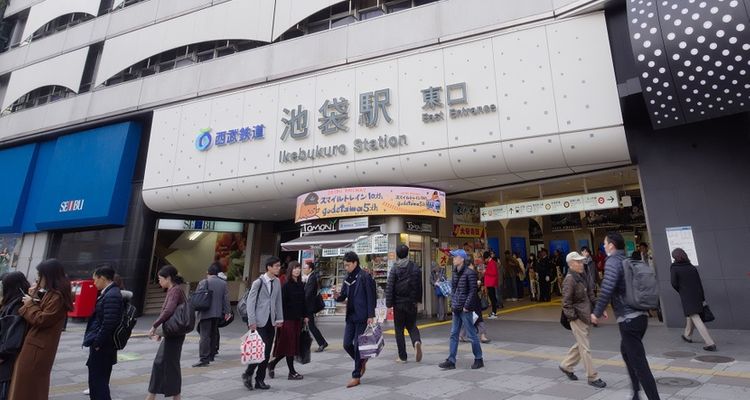 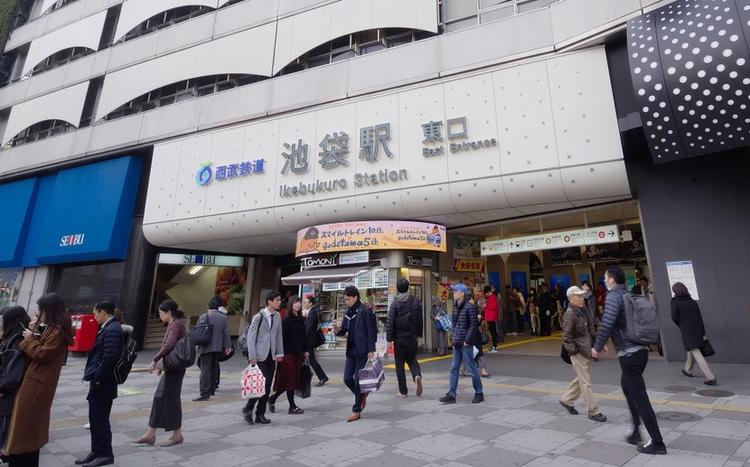 Ikebukuro Station is the largest commuter hub in northern Tokyo, connecting a total of 8 train lines. It is also the second busiest station in the world next to Shinjuku Station, serving an average of 2.64 million passengers daily. Its complex layout made up of overground and underground passages, as well as the swaths of people that swim through it daily, means that it is very easy to get lost inside this train station. Read on as this guide fully explains the structure of the train station in an easy-to-understand way so that you don't get lost the next time you visit!

The East Exit and West Exit are Ikebukuro Station’s largest entrances/exits. You will recognize the East Exit for its commercial area centered on anime and other subcultures, as well as the famous Sunshine City complex. The West Exit is where you'll find Ikebukuro West Gate Park - a popular hangout spot for locals that is immortalized in popular Japanese fiction - and an entertainment zone that is still lively late into the night.

First-time tourists, especially those who know some Japanese, often fall into the trap of accidentally walking to the opposite exit, as the signs indicating Seibu (西武, or west-bu) and Tobu (東部, or east-bu) are very misleading for people who want to go to the East Exit (東口, or east-guchi) or West Exit (西口, or west-guchi).

If you don't want to get lost when heading to either the East Exit or West Exit, just remember the magic formula "Seibu East Exit, Tobu West Exit"!

Positions of the Exits in Relation to All the Railway Lines

The 8 lines running through Ikebukuro Station are:

JR is in the center, with its two sides sandwiched by Seibu and Tobu Railway, and there are three horizontal Metro lines. By remembering these features, it is easy to grasp the overall structure of the Ikebukuro Station railway lines.

The underground structure of Ikebukuro Station looks like the Japanese character “田”, which is much simpler than the intricate Shinjuku Station. However, you can still get lost if you take the wrong route, especially since there are so many department stores, so it is recommended to refer to the above map when navigating through Ikebukuro Station.

Some of the Main Attractions at Both Exits

Ikebukuro Station originally had a North Exit and a South Exit, but both were located very close to the West Exit. To reduce the confusion, the two exits have been renamed as “West Exit (South)” and “West Exit (North)” respectively since April 2019. It should now be easier for everyone to distinguish between these exits.

The Owl Statues of Ikebukuro

At the intersection of the North Passage and Cherry Road in Ikebukuro Station’s underground passageways, there is a stone statue of an owl named “Ikefukuro”. "Fukuro" means owl in Japanese and the pronunciation is similar to Ikebukuro. Many people choose to use this owl statue as a meeting point, much like Shibuya Station’s Hachiko statue.

Ikebukuro is located in Toshima Ward, which is shaped like a flying owl on the map. As a result, artworks of owls can be seen everywhere in the area. For all of you visiting Ikebukuro, keep your eyes peeled for these funky installations!

There are many more train stations in Japan with puzzling and complicated layouts, but we hope that this article will come in useful the next time you're trying to navigate through Ikebukuro Station. If you get really confused, always remember that you can try asking the station master for help!