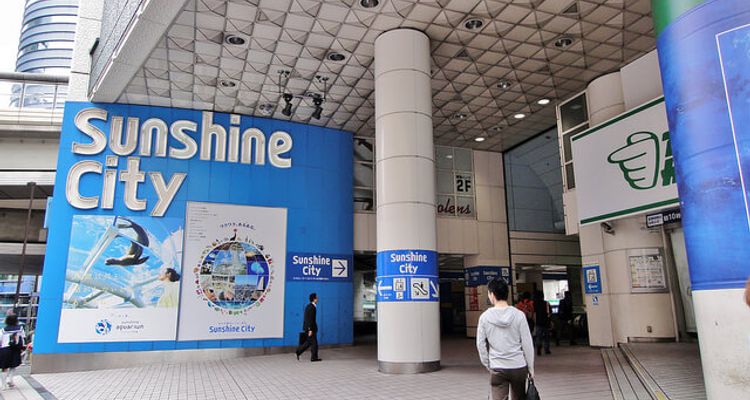 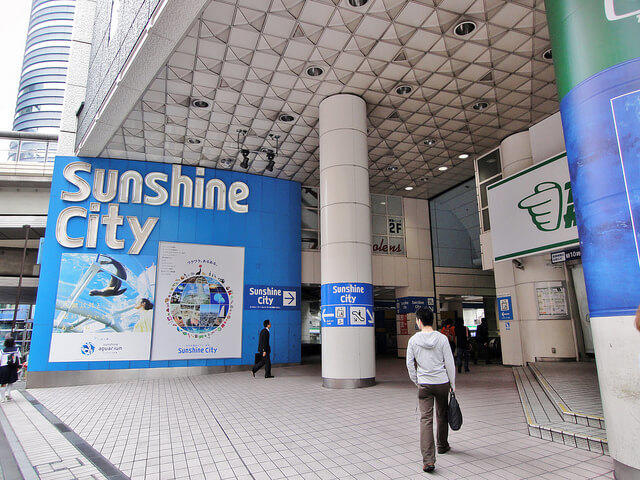 You can go to an aquarium, a theme park, eat lunch, dinner, go shopping and see Tokyo from an observation deck without leaving the building.

Sunshine 60 (サンシャイン60 Sanshain rokujū?) is a 60-story, mixed-use skyscraper located in Ikebukuro, Toshima, Tokyo, adjoining the Sunshine City complex. At the time of its completion in 1978, the 239.7 m (786 ft) building was the tallest in Asia, a title it held until 1985 when it was surpassed by the 63 Building in Seoul. Sunshine City is a huge shopping and entertainment mecca with four towers, including a 240 metre high skyscraper with an observation deck on the top. The main tower building, is actually the second highest building in Tokyo. The Sunshine City Prince Hotel is housed in one of the smaller towers at the complex. The lower levels of Sunshine City are a monstrous maze of shops and tourist attractions, as well as a theatre and exhibition space.

Things you can do... The Sunshine Aquarium was reopened in 2011 as a state-of-the-art metropolitan aquarium. Designed as an “Oasis in the Sky,” the aquarium features popular attractions such as the “Sunshine Aqua Ring” with its view of sea lions swimming overhead and the dreamlike “Jellyfish Tunnel.” embedded from Instagram
Namjatown (entrance pictured below) is a theme park decorated in the theme of "old Edo" (as they call it). Tokyo was named "Edo" prior to 1868, but any nostalgic era in Tokyo's history is commonly referred to as "old Edo". Located just above Namja Town is J-World Tokyo, another indoor theme park by Namco. J-World Tokyo was newly opened in July 2013 and is based on characters and stories from popular manga series. There are a handful of attractions themed on the hit series of Dragonball, One Piece and Naruto, as well as souvenir shops and carnival game stalls. The Sunshine Theatre has a mid-scale capacity of about 800, and hosts a variety of stage shows and concerts by both local and international performers.

The Alta shopping mall is 2 level large area devoted to gal fashion and shops geared to young ladies. Here's a list of the shops in Alta, which includes shops like CocoLulu, Ji:Maxx, Anap, Spiga and a lot more. As its name implies, this museum is dedicated to the origin of human civilization, the “Ancient Orient.” In addition to its permanent exhibits, the Ancient Orient Museum hosts limited-time exhibitions from a wide range of diverse fields. The observation deck is located on the top floor of the 240 meter tall Sunshine 60 skyscraper. It is not as centrally located as other observation decks in Tokyo. The building also used to have an open air observation deck, but it was closed to the public in summer 2012. Located in the heart of metropolitan Tokyo, the Sunshine City Prince Hotel offers a variety of choice in accommodations with up to 1,146 rooms available. Rest and relax comfortably in a single, twin, double, suite, or Japanese-style tatami room on one of the ladies’ floors, non-smoking floors, or high-rise floors with their magnificent views of the city.