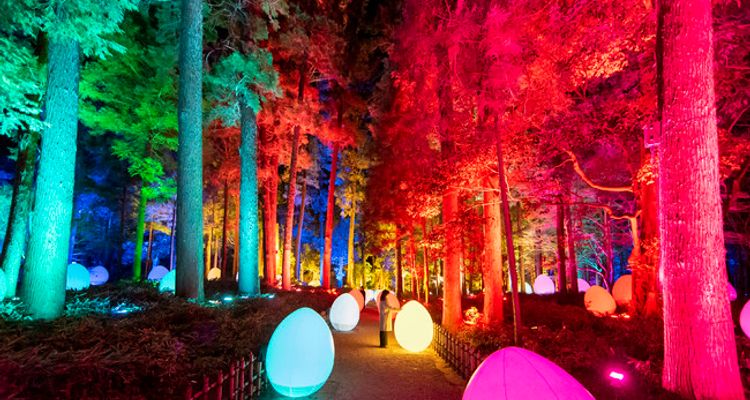 There’s so much to look forward to in Japan next year! With loads of new additions to the already lively selection of activities to experience and spots to explore, it will be even more difficult to choose what to visit next. To help you decide, we compiled a list of the best new openings happening in Japan in 2022 and beyond!

Japan will finally have the amusement park of our dreams, a Studio Ghibli-themed park! The Ghibli Park will be located not far from Nagoya, in Nagakute City’s Aichi Expo Memorial Park. This exciting, new opening is scheduled to be fully ready by 2023 but the good news is that some sections of the park will be open to the public in autumn 2022 for the joy of all Ghibli fans.

The three sections of the Ghibli Park that are set to open next autumn are the Ghibli’s Large Warehouse,  Hill of Youth, and Dondoko Forest. Ghibli’s Large Warehouse is a replica of an airship from “Castle in the Sky” and includes the Totoro playroom with iconic elements from the movie such as the giant camphor tree and the Catbus. The area will also feature ruins inspired by the sky garden from “Castle in the Sky” and recreate the world of “Arrietty” as well as a cityscape resembling the one found in “Spirited Away.” Hill of Youth is the gateway to the park. Here, visitors also get the chance to visit the antique shop from “Whisper of the Heart” and the Cat Bureau seen in “The Cat Returns.” Dondoko Forest is entirely based on the world of “My Neighbor Totoro” with lush forests, a rural Japanese landscape from decades ago, and Satsuki and Mei’s house.

The remaining areas are Mononoke’s Village, which will include a real-life recreation of Mononoke’s Irontown, along with the Valley of Witches, which is bringing to life the enchanting atmosphere of “Howl’s Moving Castle” and “Kiki's Delivery Service” and will house a real-life version of Howl’s castle!

For more updates on the Ghibli Park: https://www.pref.aichi.jp/ghibli-park/ (Japanese)

If you are curious about other Studio Ghibli themed spots in Japan: 11 Places in Kyushu That Look Like Scenes From a Ghibli Movie

2022 brings exciting news from the internationally beloved art collective teamLab! From February 1 to March 31, teamLab will enrich the historical Kairakuen Garden in Ibaraki Prefecture, considered one of Japan’s Three Great Gardens dating back to the Edo Period, with a special exhibition that features interactive digital artworks to celebrate the 180th anniversary of the opening of the park!

teamLab’s Digitized Kairakuen Garden will involve different areas of the scenic garden, including the bamboo forest, the giant cedar forest, and Kairakuen’s iconic plum grove. The exhibition overlaps with the garden’s annual Mito Plum Blossom Festival, one of Japan’s biggest plum-viewing events that boasts around 3,000 plum trees of 100 different varieties. So, visitors will get the opportunity to admire the plum blossoms in a beautiful traditional setting during the day and catch them shining at night thanks to the artwork of teamLab!

One of Tokyo's most glamorous neighborhoods, Shimokitazawa is getting a new development called Nansei Plus along Shimokitazawa Railroad Street set to open on January 20, 2022. This cool development area will have a wide range of restaurants, cafes, and bars as well as art galleries, plant shops, and the five-storey complex of Tefu Lounge allowing people visiting Shimokitazawa to leisurely unwind.

Tefu Lounge is built with the purpose of further enhancing the cultural value of the Shimokitazawa area. It will house the mini theatre Shimokita Ekimae Cinema K2, which aims to encourage the development of culture interwoven with music and theater, and the organic supermarket Bio-Ral, which has the goal to promote food that enriches the community.

This new Harry Potter attraction in Tokyo is the second Harry Potter Studio Tour facility in the world after the one in London. Tokyo’s Harry Potter Studio will take visitors behind the scenes of the fascinating world of Harry Potter by exhibiting costumes and props from the movie series as well as exploring iconic sets used in the movies. The expected completion date is in the first half of 2023.

In addition, in the plaza space in front of Harry Potter Studio Tour Tokyo, a landscaped area with sculptures of magical creatures from the series is planned allowing both locals and visitors to fully enjoy the magical atmosphere of Harry Potter.

In April 2021, Tokyo DisneySea announced a massive expansion called Fantasy Springs. This new exciting area of the park is sure to make fans happy as it is going to bring to the world beloved Disney movies such as Frozen, Tangled, and Peter Pan! No specific details have been given yet regarding attractions, shops, and restaurants but the area is set to open in 2023!

The concept art and model for the Frozen area show a replica of Arendelle Castle and village as well as Elsa’s Ice Castle towering behind it. The preview of the Tangled area lets us dive into the world of Rapunzel with a sneak peek of Rapunzel’s tower and what is possibly a thatched-roof inn resembling the one in the movie!