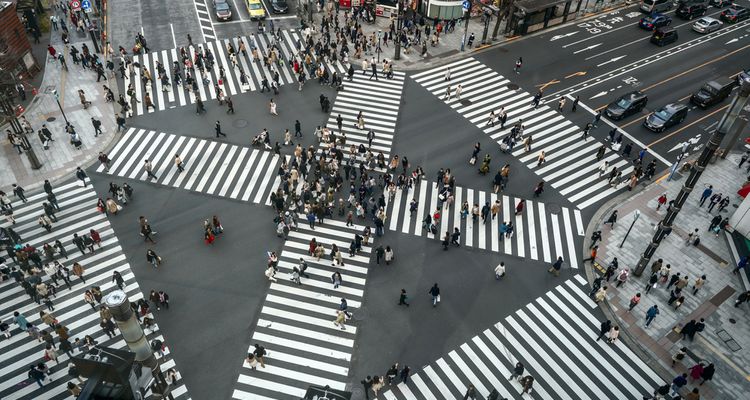 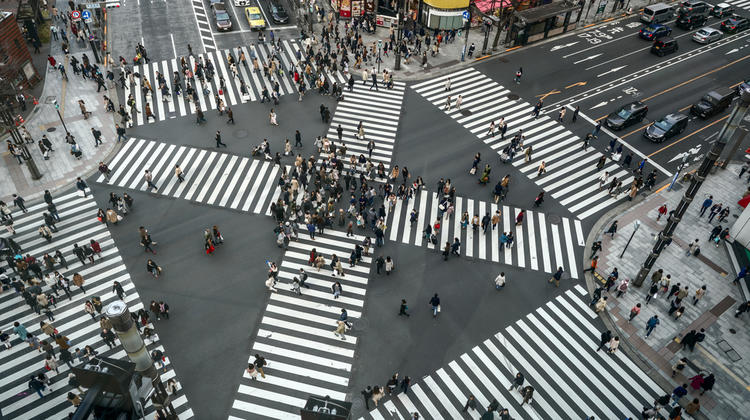 Why You Shouldn't Be Afraid to Travel Japan Solo

The prospect of traveling by yourself in a foreign country like Japan can seem daunting to those who have either not traveled much or only traveled in a group. You may have always dreamed of going to Japan, but were just never sure how to go about it, especially when things like communication can be an issue in Japan. Today we are here to assuage any anxiety you might have about traveling alone in Japan and reassure you that not only is traveling solo in Japan entirely possible, but it might even suit you better to go it alone!

There is certainly a lot of information circulating about Japan, and while a lot of this information is accurate, some details may lead to misunderstandings and even myths. Let's start off by clarifying some ideas about Japan that may make you hesitate to travel there alone.

I Won’t Be Able to Communicate

The stereotype about Japanese is that they cannot or are not willing to speak English, but if anything is true, it is the latter theory holds more water. With 8 years of compulsory English lessons in School (starting from the 5th-grade elementary), and often many young people attending afterschool English language courses, called “eikaiwa”, many Japanese can understand and speak a lot more English than they let on.

The issue seems to be that many Japanese are just shy about their level of English, and would prefer not to say anything at all rather than make a mistake when speaking. If you need assistance or would just like to make conversation, be patient, speak slowly and clearly in simple English, and think what it might be like to be in their shoes.

Also, try reaching out and connecting with Japanese people in places like izakaya (Japanese bars - for more on izakaya please take a look at this article). This could be a great opportunity to make new friends, as Japanese people are more likely to open up and try their English with you if some drinks are involved.

Japan is Too Expensive

The image of solo travel costing more is probably due to things like not being able to split the cost of a hotel room, or not saving on things such as group travel activities. But in Japan, this is not necessarily the case, especially when taking into consideration all the facilities geared towards solo traveling businessmen in Japan, such as capsule hotels, which offer a much more reasonable rate (just as long as you are not averse to dormitory bunk-style accommodations, some places can be as cheap as 3000 yen per night!)

Perhaps the most unavoidable expense in Japan in the train fare, but even then the Japan Rail Pass offers a variety of very reasonable packages to the meet the needs of travelers.
For more information on riding the rails in Japan and the JR Pass, please have a look at this article.

Another huge cost to travel is food and the tendency to constantly be eating out. This can potentially ring up quite the bill, but in Japan, food doesn't have to be a hugely expensive portion of your trip despite how delicious it may be. In fact, there are plenty of mouthwatering and affordable options for eating out in Japan, and a lot of the time a cheap bite to eat is actually geared towards solo diners.
For some suggestions on cheap eating options in Tokyo please see this article, and for a super saver option, take a look at our article on ways to eat well for under 500 yen!

Japan is Safe, But You Should Still be Careful

According to the Global Peace Index, in 2018 Japan ranked as the 9th safest country in the world, and Tokyo was named as the safest city in the world for the third time in a row in 2019 by the 2019 Safe Cities Index by the Economist Intelligence Unit. In addition, solo travel for women in Japan is a breeze with things such as woman-only accommodations and women-only train cars in certain cities. Having said this, it does not mean that Japan is completely bereft of crime. Make sure to follow the rules, and when in doubt, the simplest thing to do is follow the locals; “when in Rome” so to speak.

A few basic manners and laws to keep in mind include:

・Don’t cross the street against the signal or jaywalk

・The legal drinking age in Japan is 20

・Eating while walking is generally looked down on

Although theft is very low, it is not uncommon for people to “mistake” your umbrella for their own in umbrella racks outside buildings. And if you will be riding a bike at some point, make sure to lock it up, as bike theft is also not unheard of in Japan. For more on Japanese laws and rules please have a look at this article and this article on potential risks and fines in Japan.

One of the positives of traveling alone can act as a double-edged sword at times: solitude. It can be depressing for some, but it can also be a great catalyst for introspection. Furthermore, Japan sets a great stage for this. With the many nature escapes, quit temples, and the occasional feeling of being a true “outsider,” Japan offers a unique opportunity to explore your personal mind space and perhaps even learn something new about the person you should know the most about - you!
Please have a look at this article for some ideas on solo travel in the Tohoku region of Japan.

As for striking out on your own, there are plenty of things to do by yourself in Japan in general, whether you are getting a quick bite to eat at one of the many fast-food restaurants like Yoshinoya or Sushiro, where counter seating is meant for solo dinners, or the numerous activities marketed to individuals such as the one-person karaoke box service 1Kara (pronounced "wan-kara") or game centers like SEGA or Taito, many a joyful hour can pass in the blink of an eye all by yourself.

When traveling around alone it can be easy to get caught up in the whirlwind of new adventures and experiences, so much much so that we can even neglect the needs of the body. Surely we can all relate to moments after intense concentration when we realize that we forgot to eat or go to the bathroom for hours? Well, you should expect this to happen a lot in Japan.

Luckily, Japan almost seems outfitted to combat this dilemma, finding a bathroom is usually as simple as locating a convenience store, or conbini. Furthermore, the struggle to find free Wifi doesn't really exist at all. Konbini such as 7-11, Family Mart, and Lawson all offer free wifi up to 2 hours per day per device. So, if you need to check something on Google or confirm and email, it can be as simple as stopping by the nearest convenience store.

These Konbini with bathroom facilities and wifi are located nationwide. Keep in mind that there are a few downtown locations in Tokyo that might not have a bathroom though. Finally, bathrooms and Wifi can also usually be found in train stations as well, so you’ll very rarely find yourself in a bind.

Truly, Japan is a great destination for travel in general, but going it alone in Japan can offer a variety of unique and wonderful experiences that are sure to remain in your mind for years to come. Having said that, there is no need to wait for your friends. Go travel solo in Japan!

Before you go, hopefully, we can spark some inspiration for your future adventures with the following articles highlighting various places in Japan we recommend you to visit on your own (or even with friends if you must!):
Cosmos Festival in Chiba