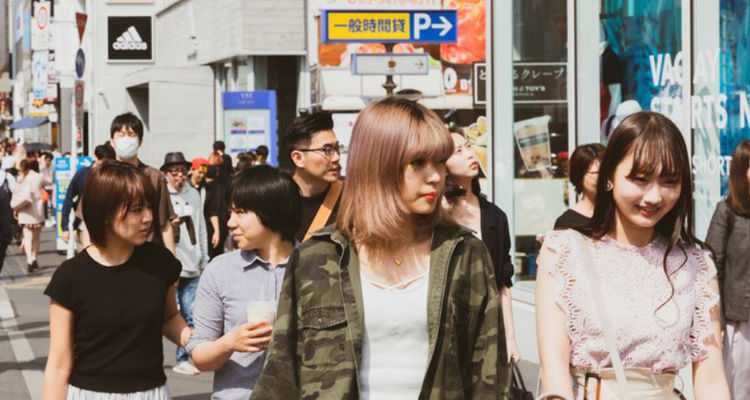 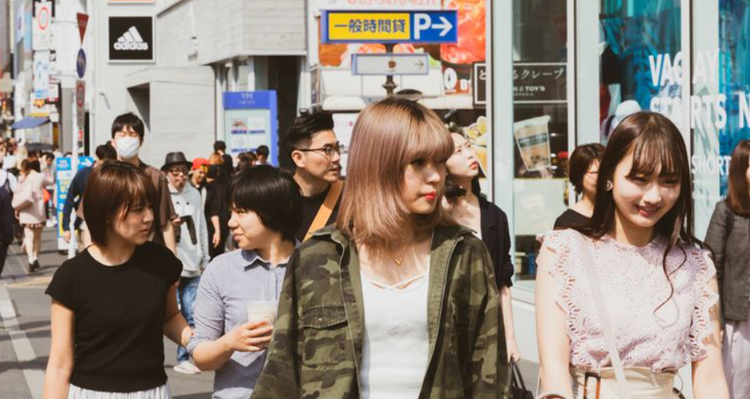 From Potential Theft to Huge Fines: 8 Situations to Be Aware of When Visiting Japan

Japan is known throughout the world for being an extremely safe country. However, that doesn't mean that you should completely let your guard down when visiting. Even in Japan, you can find yourself the victim of theft or some other crime if you aren't careful and don't follow Japanese safety etiquette during your travels. With that, here are 8 points to keep in mind and be careful of while traveling in Japan.

Umbrellas are some of the most commonly stolen items in Japan. One reason for this is that umbrellas in Japan are rather cheap, and can generally be purchased for around 300 - 500 yen. Because they are so cheap and widely available (and also because their quality isn't very high) people don't feel too guilty about taking a stranger's umbrella in a pinch.

Another reason is that many umbrellas bought in conveniences stores look nearly identical, so it can often be difficult to tell which umbrella is yours among the many umbrellas stored in the umbrella stands outside of stores and other buildings. This environment encourages theft as anyone could just claim they grabbed a stranger's umbrella by mistake.

Japanese convenience stores, in particular, are commonly the site of umbrella theft. While it can be said that most people who steal umbrellas have understandable motives - either they got caught in a sudden downpour, their umbrella broke, or they grabbed the wrong umbrella by mistake - there are surely others who have more nefarious reasons.

While in Japan, it is important to take appropriate measures to keep your umbrella from getting stolen. One tip is to use a retractable umbrella that you can fold up and carry with you at all times. If you must use a classic umbrella instead, you would be wise to mark it as yours in some way, either with a sticker, marker, or even some string tied around the handle. People are less likely to steal umbrellas that have noticeable markers on them, and are more likely to take umbrellas that are nondescript.

While you are in Shinjuku, Asakusa, Akihabara, Ginza, or some other popular district in Tokyo, you are likely to come across what are known as "fake monks" ("nise-soryo" in Japanese), impostors who pose as monks and ask for "donations" in order to solicit money from tourists. Many will claim that they are collecting money to construct a temple, and others peddle fake prayer beads and talismans. Many foreigners end up handing money over to these fake monks, assuming this is just a part of Japanese culture.

It can be difficult to know whether someone is a real monk or a fake monk just based on their appearance alone, but here are some tips to help you avoid fake monks while in Japan:
・Generally, fake monks will wear grey, beige, or other colors that won't make them stand out.
・Real monks do not tend to loiter around train stations and their surroundings.
・Real monks will carry a mendicancy (begging) permit with them if they are asking for money.

For all intents and purposes, you can be safe assuming that all the monks you see on the streets in crowded areas are fake monks. Please do not go near anyone that seems the slightest bit suspicious.

3. Be Extra Careful When Crossing Streets Without Traffic Lights

According to a 2018 study by the Japan Automobile Federation of 94 intersections throughout Japan, the percentage of cars that did not stop when passing pedestrians waiting at a crosswalk with no traffic light was 92.4%. This tendency is particularly prominent in large cities like Tokyo and Osaka. In addition to drivers of private vehicles, there are even many taxi and bus drivers who will drive right through intersections with no traffic lights in order to get to their destination quickly.

While pedestrians are supposed to have priority in Japan, cars are not under any legal obligation to stop, as the traffic law simply states: "cars must drive at a speed at which stopping is possible." So, whether or not a driver stops to let pedestrians cross the street in front of them is totally up to their own discretion.

In any case, it is urged to exercise extreme caution when crossing crosswalks without traffic lights. There are cars that will stop and let you pass, but this is by no means a guarantee.

4. Be Wary of Solicitors - Tourists Are Common Targets!

Foreign visitors are increasingly becoming the victims of soliciting in Japan, especially in crowded shopping and/or entertainment areas. A common strategy is for solicitors to draw in tourists with promises of special deals and discounts, and then charge exorbitant prices at the time of checkout. Busy entertainment districts can be so full of solicitors that it can become a bother trying to decline them all as you walk through. In Tokyo, you will want to be careful in the areas of Shinjuku, Ikebukuro, and Roppongi, and the areas of Namba, Shinsaibashi, and Umeda in Osaka.

Soliciting is actually illegal in Japan as a part of Laws Regulating Adult Entertainment Business, and there are even many municipalities that have taken on additional anti-soliciting measures on the local goverment level. Despite regulations being strengthened each year, soliciting remains rampant in Japan.

While traveling in Japan, you must absolutely refrain from associating with solicitors, no matter how enticing their offers to you may be.

5. Don't Smoke and Walk (The Expensive Fines Will Absolutely Shock You!)

Regulations regarding smoking in Japan continue to become more strict with each passing year, particularly when it comes to smoking outdoors. Currently, walking while smoking is considered a fineable offense all over Japan, and you can also get fined for smoking outside of the designated smoking areas in certain municipalities. The amount that you are fined depends on the area, and it can range from as little as 2,000 yen (Chiyoda, Tokyo) to as much as 20,000 yen (Maebashi, Gunma).

It should be noted that anti-smoking regulations are expected to become even stricter in Tokyo as the city prepares to host the 2020 Summer Olympics. In June of 2018, Tokyo enacted an ordinance to prevent second-hand smoke, and by the time the Olympics start, indoor smoking will be banned in all medical institutions, public transportation (including taxis and buses), and eateries. Those who break these regulations, or establishments that knowingly allow customers to smoke, can incur a fine of up to 50,000 yen.

6. Pickpocketing Can Happen in Crowded Streets and Trains

Even though Japan has a relatively low rate of theft, it still occurs and is something of which you should remain wary. You should be especially careful of pickpocketing while in crowded trains or streets. Common stolen items include suitcases, expensive laptops and cameras, passports, wallets, and credit cards. The following are some measures you can take to protect your belongings from theft:
・Be extra careful when wearing high-end clothing brands
・Carry your backpack or bag in front of your body instead of on your back when in crowded areas
・Do not put your wallet or other valuables in your pants pockets

While Japan is gradually becoming more card-friendly as it prepares for the 2020 Tokyo Summer Olympics and Expo 2025 in Osaka, it is currently still a highly cash-based society, so you will always want to have some cash on you at all times. However, it is not recommended to carry huge amounts of cash in the event of pickpocketing or theft. While cash is important, please only keep a limited amount with you.

There are around 3,000 reported cases of vehicle burglary in Japan each year. While this number may be small compared to other countries, you should still be cautious and take measures to prevent your valuables from being stolen from a vehicle. Be sure to keep your car doors locked at all times and hide your belongings so that they aren't visible from outside.

8. Be Careful Where You Leave Your Bike! Bicycle Theft is Also Common

There were 35,394 reported cases of bicycle theft in Japan in 2018, which amounts to roughly 100 bikes stolen per day. If you leave a bicycle unattended on the street without being locked up, there is a good change that it could be stolen. Keep the following points in mind while using a bike in Japan:
・Try to use a padlock-type lock on the bike, as they are the most difficult to unlock
・Consider using two or more different locks
・Park your bicycle in a place you know is monitored by security cameras
・Secure your bicycle to a fixed object
・Consider a bike seat lock as well

It is important to make sure that the lock you use is sturdy and hard to break open. While anchoring your bike to a permanent fixture is a good anti-theft measure, note that there are certain areas around Japan where this is actually illegal, so make sure you know the rules of your surroundings before locking your bike.

Keep These Points in Mind During Your Travels in Japan

Japan is undoubtedly a safe country on the global scale, but there are still plenty of crimes that occur on a daily basis. It is vital to be wary of fraud, solicitation, theft, and other troubles during your travels in Japan. After all, you can never be too careful! Please use this article as a reference during your trip to Japan to have the safest trip possible.