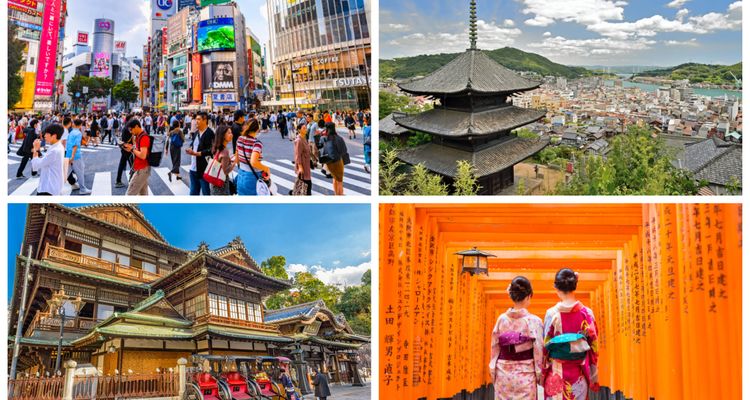 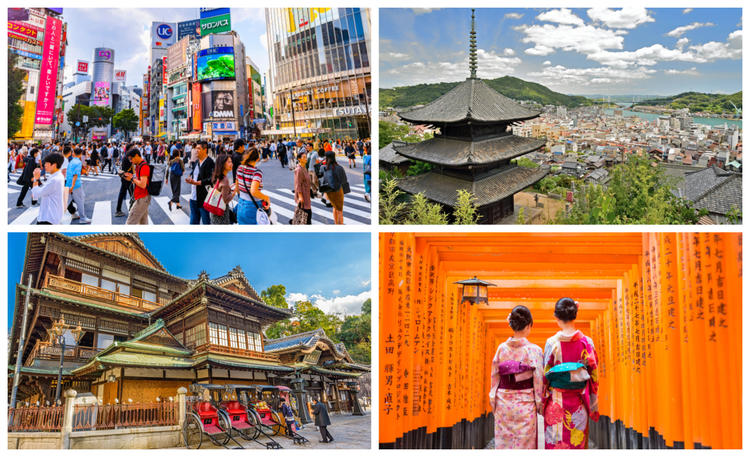 Can't Come to Japan? Travel the Country From Home With Our 9 Best Movies About Japan

Japan is a dream travel destination for many, but we can't always fly on over whenever we want! In this article, we'll introduce our picks for the nine best movies about Japan. From the snowy mountains of Hokkaido to the energy of Tokyo's streets, these movies will transport you to Japan and give you insight into its unique and beautiful culture. Whether you're preparing for your trip or just daydreaming about a visit, we think you'll find your next favorite movie in this list!

See Tokyo Through the Eyes of an Acclaimed Director: Lost in Translation (2003)

Directed by celebrated director Sophia Coppola and starring Scarlett Johansson and Bill Murray, Lost In Translation is one of the best-known English movies set in Japan. Revolving around the unlikely connection between a middle-aged actor and a dissatisfied young woman, this drama uses the culture shock the characters feel during their stay in Tokyo as a way to explore themes of loneliness and disconnection.

Many of the scenes in the movie were based on Coppola's own time in Japan in her twenties. The nightlife scenes in particular were inspired by her own experience of Tokyo's vibrant youth culture in the 1990s. To reflect this, many of the exterior shots were taken on the streets of Tokyo and Kyoto.

Many of the hotel scenes were also filmed at a real Tokyo location: Park Hyatt Tokyo. You can actually stay here to experience Tokyo like the characters did. This premium hotel stands high above Shinjuku's lively streets, offering gorgeous views of the city below as well as Mt. Fuji.

Where to watch: Buy or rent on iTunes, Google Play, Amazon, or YouTube Movies.

One of Studio Ghibli's most iconic movies, Spirited Away is beloved worldwide for its charming characters and gorgeous animation. This story follows 10 year old Chihiro as she attempts to rescue her parents after being trapped in a beautiful but dangerous magical world.

One of the charms of this movie is its magical world. Influenced by Japanese Shinto religion and traditional folklore, this movie blends a range of influences to create a mythology all of its own. This movie's now-iconic main setting, the Aburaya bathhouse, is a fantasy version of real Japanese bathhouses, including the famous Dogo Onsen pictured above. If you're curious, we've rounded up information about this and some of other the real life locations that inspired Spirited Away's bathhouse!

Where to watch: Buy on Amazon, YouTube Movies, Google Play, or iTunes.

Step Back in Time with a Cinematic Masterpiece: Tokyo Story (1953)

Yasujiro Ozu's Tokyo Story is considered by many to be one of the finest films ever made. The story itself seems simple: an elderly couple taking a trip to visit their children in suburban Tokyo. However, the graceful way the movie explores profound ideas about the cycles of life still resonates with its viewers almost seventy years after its making. Those interested in Japanese culture will find the realistic depiction of everyday life in postwar Japan fascinating, too.

While the movie is called Tokyo Story, this movie also depicts popular sightseeing areas like Hiroshima Prefecture's Onomichi and the seaside resort of Atami. If you're a fan of Japanese art or classic cinema, Tokyo Story is essential viewing.

Where to watch: Stream at The Criterion Channel or rent or buy on Amazon, YouTube Movies, Google Play, or iTunes.

Experience the Golden Age of Geisha in Kyoto: Memoirs of a Geisha (2005)

Based on the international bestseller by Arthur Golden, Memoirs of a Geisha is an epic drama that tells the story of a girl's growth from childhood into a celebrated geisha. Set from 1929 to after World War II, this movie gives a glimpse into Japan's historical geisha culture.

While the novel was based partially on interviews with retired geisha, this movie is a completely Western production, and some liberties have been taken to make the costuming, dance, and other cultural aspects more engaging to a modern Western audience. So, while you shouldn't expect documentary levels of accuracy, you can count on an entertaining rags-to-riches story with a lush, high-budget production.

While much of this movie was filmed on a soundstage in California, there are some iconic scenes at famous Kyoto locations, including Kiyomizu-dera Temple and Fushimi Inari Shrine. This movie inspired many visitors to come to Kyoto, and we're sure they weren't disappointed!

Explore the Coastal Town of Kamakura: Our Little Sister (2015)

Directed by acclaimed director Hirokazu Kore-eda and screened in competition at the prestigious Cannes Film Festival, Our Little Sister is a thoughtful family drama centering around the bonds of family. This movie explores the relationships between three sisters, who live together in a house in Kamakura, and their half-sister, who comes to live with them after their estranged father dies.

This film is shot in a way that beautifully captures the gorgeous scenery of the coastal Kamakura area. It features a number of popular sightseeing spots, including the beachside Inamuragasaki Park, Kinubariyama Summit, the sakura tunnel in Ashitaka Park, as well as plenty of local scenery.

This movie has also been celebrated for the way it skillfully captures the domestic life and culture of Kamakura, from cooking to summer festivals. For more about the area, check out our guide to 19 great things to see and do in Kamakura and the Shonan area.

Director Shunji Iwai's Love Letter is a touching love story set in Otaru, Hokkaido. Starring pop star Miho Nakayama, this movie tells the story of a grieving woman who sends a letter to her fiance's childhood address, and the surprising reply she receives. This movie was a smash hit not just in Japan but throughout Asia when it was released in 1995. Recently, Love Letter reached a new generation of fans thanks to a homage in a music video by the popular girl group, Twice.

Love Letter is particularly appreciated for its gentle, dream-like cinematography. This film sets some of its most touching scenes against Hokkaido's vast winter landscapes to great effect. If you, like its many fans, find yourself falling in love with the world of this movie, the Hokkaido Tourist Organization has compiled an English language guide to some of its real life locations.

If you love romance movies, we have you covered! Try one of our picks of the best 10 Japanese Romance Movies of the 2000s next.

Where to watch: Available with English subtitles on DVD.

Based on the hit manga series by the same name, the Chihayafuru movie adaptation is a fun and inspiring story about a school girl's journey as a competitive karuta player. This traditional game is based around matching cards printed with Japanese poetry, and requires its players to display both a mastery of classical poetry and physical agility.

If this game is new to you, Chihayafuru also gives an interesting look of a lesser-known part of Japanese culture, and is also a great pick for any fans of inspirational sports movies. The dynamic way this game is depicted in this series has actually drawn many young people to begin playing themselves!

Parts of this movie were shot on location in the western Tokyo city of Fuchu, where the story is set. This is a quieter part of Tokyo that doesn't draw a great deal of tourists, so for armchair travelers, it's an interesting glimpse into the landscapes of suburban Tokyo as well as the daily lives of the people who live there. You'll also spot Shiga Prefecture's Omi Jingu Shrine, the real-life site of Japan's national karuta tournament (pictured above, and making an appearance in the trailer below).

Where to watch: Available with English subtitles on DVD. Anime version also available to stream on Crunchyroll.

Compare Life in Japan's Countryside and City: Your Name (2016)

Japan's highest-grossing animated movie of all time, Your Name is a romantic fantasy movie that tells the story of two high school students, a Tokyo boy and a countryside girl, who mysteriously begin to swap bodies. This movie was a huge hit in Japan and around the world thanks to its heartfelt love story and incredible animation.

If you're missing Tokyo, you'll enjoy how faithfully this movie recreates everything from famous sights like the National Art Center and Roppongi Hills to humble local streetscapes. Many of the countryside scenes, too, were based on real locations in the town of Hida in Gifu Prefecture. Fans of the anime have been known to take a trip to see the real life locations, like the town's Hida Furukawa Station (pictured above), library, and shrines.

If you fall in love with Your Name, director Makoto Shinkai's hit follow-up, Weathering with You, is also due to be released on Blu Ray on May 27, 2020. If you've seen it already, we've rounded up some of the most famous spots in our guide to real-life Weathering with You locations.

Spend Rainy Season in Tokyo: The Garden of Words (2013)

Another movie by director Makoto Shinkai,The Garden of Words is an animated movie set in Tokyo's famous Shinjuku Gyoen Park. This story centers around the friendship between a 15 year old aspiring shoemaker and an aimless young woman who meet during rainy mornings in the park. At only 46 minutes, this movie doesn't have the scope of director Makoto Shinkai's features like Your Name or Weathering with You, but it does share a similar gentle, romantic atmosphere that fans of either are sure to appreciate.

In The Garden of Words, the animation evokes the look and feel of Tokyo during the rainy season. From the lush, early-summer greenery of Shinjuku Gyoen Park to the city's dark, rainy streets, you can almost feel the humidity in the air. The beautiful Japanese gardens surrounded by skyscrapers may seem too pretty to be real, but you can visit this park yourself in Tokyo! To see some more pictures, check out our article rounding up the 8 Best Things about Shinjuku Gyoen.

Where to watch: Available to stream on Netflix or to rent or buy from iTunes.

We hope some of these Japanese movies have given you some inspiration for your next movie night! Whether or not you have a trip to Japan in the cards, all of these movies will give you some insight into Japan's culture and scenery.

If you feel like learning more about Japanese history and culture, don't miss our recommendations for Historical Japanese Movies of the 2000s, too! And if you have Netflix, why not browse our list of Netflix recommendations to get a good look at Japan and its culture?