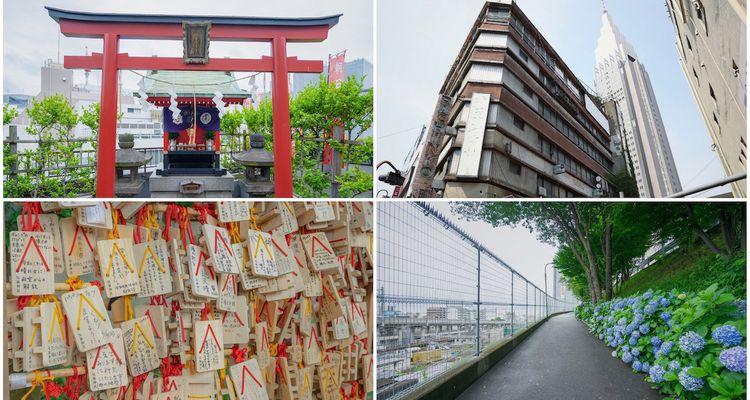 Three years since "Your Name" hit the cinemas, director Shinkai Makoto brought forth another record-breaking anime movie, "Weathering with You", in mid-July, Japan. Real-life locations that appeared in the movie, including Tabata Station South Exit, Yoyogi Kaikan, and even the McDonald's from the movie have become popular photo spots for fans. If you loved "Weathering with You", follow this article to hit up all of these places on an anime pilgrimage!

※This article is composed by a freelance writer.

The story of "Weathering with You" takes place in Tokyo. On a uncharacteristically gloomy summer when the entire Kanto region is covered in rain, a teenage girl named Amano Hina gains a special gift - her prayers can temporarily disperse the rain and bring the sun back out without fail, just like a "weather maiden" from the legends. She later meets a runaway teenager, Hodaka, and as romance develops between them, they come to uncover the secret of this world.

Shinkai Makoto is praised as the "god of background art" among fans for his ability to create ultra-realistic streetscape and movie scenes. With Tokyo as the main stage, the beautiful, meticulously drawn “Weathering with You” is calling forth another surge of interest in anime pilgrimages, much like what happened after the release of "Your Name".

The ever-changing weather is the main theme of "Weathering with You", so it is only right that Kisho Shrine is counted as one of the more important locations in the movie. In reality, the shrine is not on a building roof, but actually inside Koenji Hikawa Shrine in Suginami-ku, Tokyo. Clogs were used to predict the weather in the past, and that is why the ema (a small wooden plaque in which worshippers write their prayers) of this shrine is clog-shaped.

Since the shrine is the only one dedicated to the weather deity, many people like to pay a visit and pray for fair skies. It is also customary for students studying meteorology to come and pray for good grades. Want to make a wish? All you need to do is write it down on an ema with a date and hang it up with the rest of them.

The Observation Deck of Roppongi Hills is an important place where our protagonist, Hina, watches the sunset and prays for good weather, so that the firework festival can carry on as planned. It is also used as the background art for official promotional materials.

Roppongi Hills Mori Tower is located in Minato-ku, Tokyo, near Roppongi Station. This vantage point provides a 360-degree panorama of Tokyo's cityscape, and is a great spot for watching firework displays every summer. When the sky is clear, visibility can stretch as far as Mount Fuji. Apart from the rooftop observation deck, the 53-storey building is also home to the popular Mori Art Museum. Another thing worth mentioning is that this place has already been featured in Shinkai Makoto's previous movie "Your Name", when the protagonist Taki dated Okudera-senpai!

Asahi Inari Shrine is an especially important location in the movie, as it is where Hina is given the powers of a "weather maiden". In the movie, the shrine is located on the roof of Yoyogi Kaikan, but in reality no shrine can be found on top of the building.

In fact, the shrine that is most similar to the movie scene is the Asahi Inari Shrine atop Asahi Building in Ginza. It is well-hidden as visitors must first take the elevator to 8F, then climb a flight of stairs to reach it. The rooftop shrine at Yoyogi Kaikan in the movie is said to be based on this shrine, and it has since become a must-see for fans!

The real-life location of the railway scene in which Hodaka and Hina meets is just outside Tabata Station South Exit, which is the only unstaffed exit along the Yamanote Line. It has appeared several times throughout the movie. Located in Kita-ku of Tokyo, Tabata is the northernmost station and is known as the "humblest street" of the Yamanote Line. Some say that its name, which literally translates into "farmland's edge", comes from the fact that it sits at the northern edge of a farmland.

Tabata has the best of two worlds—the convenience of a big city and the friendliness of a small town. It's a combination you might not expect to find in Tokyo. Before the movie came along, the station had already been well-known among train lovers as one of the older stations. At 123 years old, it's actually older than Tokyo Station. On the other hand, Tabata is also known as "the town of writers", since many literary giants like Akutagawa Ryunosuke and Hagiwara Sakutaro had lived there.

The scene in which our protagonist Hina walks to the rooftop shrine in the beginning of the movie has left a strong impression on many, granting Yoyogi Kaikan a spot on this pilgrim's voyage.

Unfortunately, the flight of stairs Hina climbs and the rooftop shrine only exists in the movie. Moreover, due to ageing and lack of maintenance, the building is currently off-limits and will likely be demolished soon, and all shops inside have already relocated.

Most of the real-life locations in "Weathering with You" are in Tokyo, making it a breeze to travel to the different spots. Just one thing to note - while you're enjoying your anime pilgrimage, remember your manners as a tourist and respect the local community!