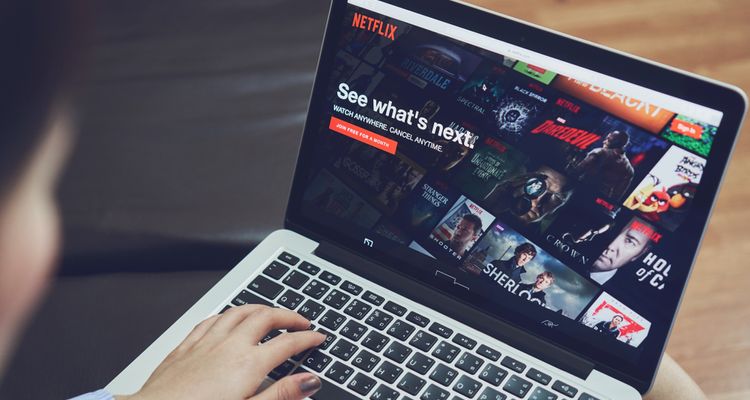 Explore Japan Through Netflix: 8 Bingeable Japanese Shows to Pick Up

International streaming services like Netflix give us the chance to watch international movies and TV shows easier than ever before. For lovers of Japan, this is a chance to learn more about Japanese society and pop culture directly from the source! Here are some of the best Japanese movies and TV shows on Netflix that will help you explore Japan from the comfort of your own home. Whether you're into mysteries, comedies, or reality TV, all these shows will give you fascinating insights into Japan's unique culture.

Based on a popular manga series, Midnight Diner: Tokyo Stories is a drama series centered around a Shinjuku eatery that opens only from midnight to 7am. Here, the owner will make any dish the customer requests, provided he has the ingredients. His colorful group of late night customers all arrive with their own hopes, dreams, and favorite dishes. Each episode, one customer's story plays out around the tiny 12 seat bar.

Those with an interest in Japanese food will appreciate the role the chef's down-to-earth dishes play in the stories. If you're looking for a warm, human-focused drama and a look behind Shinjuku's high rise facade, Midnight Diner is just the ticket.

Aggretsuko is an animated series that follows the life of Retsuko, a young Tokyo office worker who feels her stress build daily as she deals with terrible bosses, pushy parents, and other travails of life in Tokyo. Despite her outwardly meek nature, Retsuko deals with her frustration with a secret hobby: retreating to a private karaoke room to sing hardcore death metal.

With high-quality animation from Sanrio, the minds behind Hello Kitty, Aggretsuko could have you questioning just why you relate so much to a cartoon red panda. This show is also an interesting satire of Japanese work culture, and also has some interesting insights into everything from "omiai" (arranged marriages) to workplace bullying in Japan.

Tidying Up with Marie Kondo

Fans of the bestselling book "The Life Changing Magic of Tidying Up" shouldn't miss tidying expert Marie Kondo's venture into TV. In Tidying Up with Marie Kondo, Kondo travels from Japan to teach American households her now famous decluttering method.

The "Konmari" method is rooted in considering whether or not an item "sparks joy". If it doesn't, you shouldn't have it in your home. This method also contains some inspiration from Kondo's time working at a Shinto shrine in her youth. In the Shinto religion, even inanimate objects are imbued with a life force. According to Kondo, thanking items for their service before letting them go helps to free their energy from remaining trapped in a pile of clutter. Whether or not you're a practitioner of Shinto, many people around the world have found this way of thinking helpful in letting go of those sentimental items!

If you love a good mystery, the time traveling thriller Erased is sure to hit the spot. Set in the snowy landscape of Tomakomai, Hokkaido, this mystery/fantasy hybrid combines moody winter landscapes with a compulsive plot.

Protagonist Satoru Fujinuma is an aspiring manga artist with a strange power: from time to time, he finds himself sent back in time just enough to save the life of someone nearby. After his mother is murdered, he finds himself sent further back than ever before: 20 years, to age nine, where he must work to save not only his mother, but the life of a classmate. The murder mystery in Erased is full of twists and turns, a threatening bad guy, and real emotional stakes. If you're a fan of crime dramas, Erased should be right up your alley.

Billed a "gourmet fantasy", Samurai Gourmet follows the recently-retired Takeshi Kasumi as he adjusts to his newfound freedom. This light comedy revolves around Takeshi's meals out where he connects with his inner persona: a wandering samurai who eats, drinks, and follows his heart with relish. Whether yakiniku, ramen, or breakfast at a seaside inn, Samurai Gourmet makes a Japanese meal the star of each episode.

Samurai Gourmet is one of a subgenre of scripted Japanese TV shows that center around cooking and eating. Other examples include Solitary Gourmet and What Did You Eat Yesterday?, both of which are available in some regions on Netflix. For what these shows may lack in dramatic stakes, they make up for in atmosphere and plenty of scrumptious food shots. If you're a gourmet yourself, you'll find shows like Samurai Gourmet satisfying meditation on Japan's food culture.

Neon Genesis Evangelion is one of the most popular anime series of all time, so it's no surprise that its addition to Netflix in 2019 was big news among fans. Originally released in 1995, this show took the popular mecha (robot) genre and infused it with complex characters, a dense mythology that draws on world religion and psychoanalytic theory, and a mind-bending plot. The story follows Shinji, a teenager recruited to fight giant alien creatures, called "Angels", after a devastating global catastrophe. To do this, he must work with his father's organization, NERV, to pilot a giant bio-robot called an "Evangelion".

Anime is one of Japan's most popular cultural exports, so if you're curious about this part of Japanese pop culture, Evangelion is a great starting point. It combines all the fun and action of the mecha subgenre, while also showcasing how inventive and ambitious anime can be.

Rilakkuma and Kaoru is a crash course in Japan's love of all things cute. Based around the mega-popular Sanrio character, Rilakkuma, each ten minute episode of this series drops in on a different month in the life of office worker Kaoru and her three adorable housemates.

Rendered beautifully in stop animation, this show may at first glance appear to be for children. Behind the cartoon characters, however, lies a surprisingly mature and melancholic worldview. Each episode showcases a seasonal element of everyday life in Japan, from summer festivals to cherry blossom viewing, while also touching on themes such as loneliness and finding one's place in the world. While appropriate for kids, the series will resonate more with an adult audience who appreciate its languid pace and commitment to the healing powers of "kawaii".

Many fans of Queer Eye were surprised to hear their latest series would depart from the United States to new horizons in Tokyo. Over the four episode season of Queer Eye: We're In Japan!, the Fab 5 also enlist the help of supermodel Kiko Mizuhara, who makes a fun addition to the team as she helps to bridge the cultural gap.

If you've ever wanted to peek inside a real Japanese home, the Japanese chapter of the iconic show will scratch the itch. This show touches on some interesting social issues like LGBT rights, sexless marriages, and the impact of bullying, albeit with a decidedly Western perspective. A highlight of any Queer Eye episode is the lovable individuals the show manages to find, and this season is no exception. Queer Eye: We're In Japan features some unforgettable Tokyo residents, including an aspiring manga artist struggling with confidence issues and a warm-hearted hospice nurse.

We've touched on just some of the great Japanese TV shows and movies to watch on Netflix. For more inspiration, Netflix has a dedicated category for Japanese movies and Japanese anime to explore. We also have a list of movie recommendations if you're interested in Japan but just can't find the time, money, or opportunity to visit! We hope you'll find something great to watch!