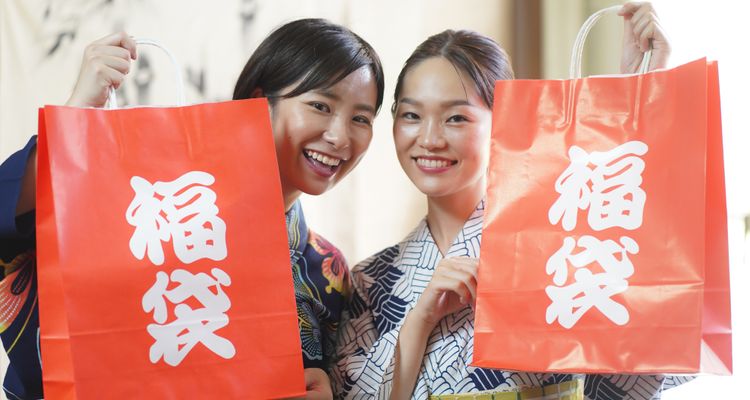 What’s the Deal with “Fukubukuro” Japanese Lucky Bags? An Insider Guide to Sales in Japan

Fukubukuro is a unique Japanese tradition where people buy mystery bags to see how lucky they get with the contents. In recent years, the practice has started slowly trickling to stores abroad, but there are still many people who are confused about it. What exactly is fukubukuro and how can you purchase your own Japanese lucky bag? Moreover, why should you consider buying a lucky bag? In this article, we answer these questions along with insider tips on how to win the game of fukubukuro and a list of some of the most popular lucky bags sold in Japan. If you’re a fan of shopping, this article is a definite must-read!

Known in English as “lucky bags” or “mystery bags,” fukubukuro are literal bags filled with a random assortment of goods and sold at a substantial discount during special sales periods in Japan, the most notable of which is New Year’s Day. Each lucky bag is usually centered around a specific theme, such as beauty products or computer accessories. They are a long-standing tradition among the Japanese and are still beloved today as great opportunities to test your luck at nabbing a good deal.

Where Did Lucky Bags Come From?

Although it’s not known who exactly created and sold the first lucky bag, there are a few prominent theories.

Some say it was first sold in the Edo Period (1603-1868) as “Ebisu-bukuro” by Echigoya, a kimono fabric store in Nihonbashi, Tokyo that would later transform into the well-known Mitsukoshi department store of today. In order to get rid of excess stock, Echigoya stuffed bags with leftover cuts of fabric and sold them during a winter bargain sale at a discount. This took Edo (former name for Tokyo) by storm, leading to the custom still being practiced today.

Others claim that it was Daimaruya—a store that would later become the Daimaru department store the locals know and love today—who came up with the idea of fukubukuro during the Edo Period. They sold the lucky bags during the Ebisu-ko—a festival dedicated to Ebisu, the deity of trade and commerce—and New Year’s, which helped the custom take off and spread throughout the rest of Japan.

There’s a few who even claim that the fukubukuro was not created in the Edo Period, but later on during the Meiji Period (1868-1912) instead!

Regardless of when and who first came up with the idea, one common trait between all the theories is that it was a kimono fabric store that started this well-loved custom.

When Can You Buy Fukubukuro?

Most stores sell lucky bags during the New Year period (January 1-3). However, some may choose to sell fukubukuro a little earlier, starting from December 29th, while others will continue selling them throughout the entirety of January. Furthermore, some places require you to place a reservation for your lucky bag up to several months in advance!

If you happen to miss the big New Year sales period, don’t give up. Some stores have multiple big sales in a year where they might sell fukubukuro. Others regularly sell an assortment of lucky bags throughout the year, changing up their selection to match the occasion or season. When you do get the chance to visit Japan, take a look around and keep your eyes peeled for the 福袋 (fukubukuro in Japanese kanji characters) sign!

・It’s very easy to “lose” the fukubukuro game by purchasing certain types of bags, such as those from clothing stores. The clothing might not fit you and even if they do, they might not match your style or preferences. If you want to avoid the potential loss, consider buying fukubukuro from food-related stores such as restaurants and supermarkets.

・To maximize your chances of “winning,” look out for fukubukuro that give you a sneak peek at what’s inside. Nowadays, many lucky bags will give you a general idea of what’s in them, offer up a size range, or even be based around a specific brand, clothing item, color, etc. Some stores don’t even hide the contents of the lucky bags they sell!

・Only target stores that you are a fan of. That way, most of the items that you get will be things you like.
If you go to a physical store to buy fukubukuro, you can sometimes see people trading items that they didn’t like. Take that opportunity to trade items that you don’t like for stuff that you do! If you know enough Japanese, you can also try doing this on Twitter by posting a picture of your unwanted item along with some text detailing what you’d like to exchange it with and the hashtags #福袋交換 (fukubukuro exchange) and #[name of the store].

・Some stores require you to reserve your place in line to buy a fukubukuro, whether that be online or by going to the store to pick up a reservation number. We recommend researching in advance or showing up to the shop extra early to secure your lucky bag. It’s not unheard of for people to start lining up at 4 AM for a particularly popular fukubukuro!

・More and more stores are selling fukubukuro online now with the exact same contents as what you might get in store. Check online first before making the decision to purchase your lucky bag in person.
We recommend checking out this site for the latest information on when major stores will hold their fukubukuro sales: https://happy-bag.biz/category1/ (Japanese only)

Where to Buy Fukubukuro?

Fukubukuro are sold in all kinds of stores, with department stores, electronics retailers, restaurants, and clothing and makeup stores making up the majority. Some popular fukubukuro that are typically sold every year include:

Japan loves Starbucks. There are Starbucks stores with incredible, uniquely Japanese designs as well as one of the world's few Starbucks Reserve Roasteries here. This love also extends to the coffee chain's fukubukuro, which are sold a couple of times throughout the year.

Yodobashi Camera is one of the giants of electronics retailing in Japan, with the Akihabara store being especially popular among both locals and travelers. People queue outside its doors every New Year's hoping to score a laptop or game console at ridiculously cheap prices.

LUPICIA is one of the most popular Japanese tea retailers in Japan thanks to its easy accessibility, reasonable prices, and wide selection. Every year, they sell lucky bags filled with a random assortment of Japanese tea sachets online. These bags are so popular that they often sell out well before Christmas!

KALDI is one of Japan's most beloved international supermarkets. Every year, people eagerly line up outside its doors for a chance to buy one of its candy-filled fukubukuro.

Cosme Kitchen is where the Japanese go if they want to get some of the best natural or organic skincare, makeup, and body products in Japan.

If you love adorable Japanese characters, you certainly know about Sanrio! Sanrio's yearly lucky bags are incredibly popular with the Japanese masses, so you better be quick if you want to nab one.

Like all other years, pretty much anywhere that regularly sells fukubukuro should be selling lucky bags for the year of 2021-2022 as well. The difference is that due to COVID-19, there’s a higher chance that more retailers will choose to sell their fukubukuro online instead of in store. Online fukubukuro tend to go on sale much earlier than their in-store counterparts, which also means they get sold out a lot quicker. We recommend checking out the stores you wish to purchase from as early as possible to avoid missing out on something you really want.

Grab Yourself a Lucky Bag This Year!

Now that you know what to expect, why not take part in this exciting Japanese tradition by grabbing yourself a fukubukuro this year? Even if you only have 1,000 yen to spend or you come to Japan outside of the New Year period, there will definitely be a lucky bag out there for you. The concept of fukubukuro is also slowly spreading out to other countries as well, so even if you can’t come to Japan or make use of a forwarding service to purchase a lucky bag or two, it could be worth a try taking a look at what’s available near you.