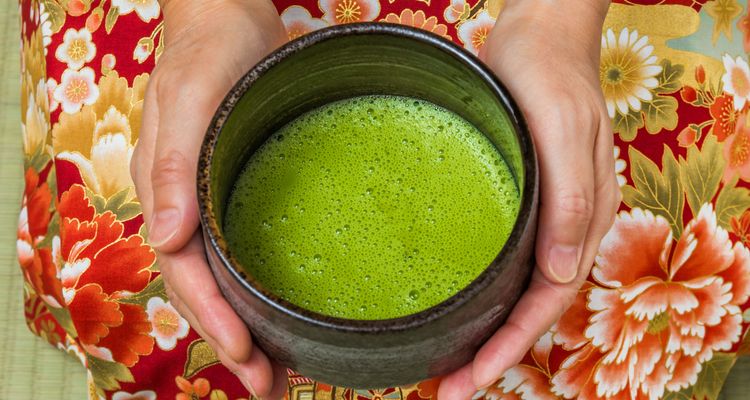 Demystifying Japanese Tea – From Matcha to Sencha to Mugicha

From the green and black classics to tantalizing unique brews, Japan is a tea-lover’s paradise!

To help familiarize yourself with your favorite brew and appreciate Japan’s rich “ocha” (tea) culture, we present our all-in-one guide to Japanese tea. Make yourself a cup, settle down, and discover why this age-old drink has stood the test of time! 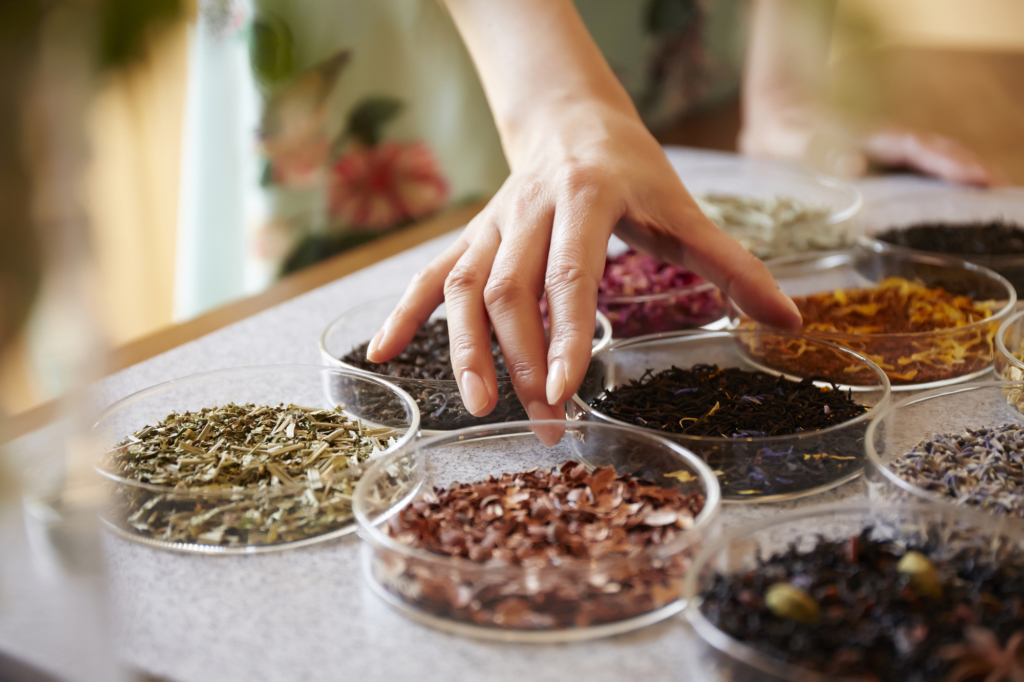 The History of Tea in Japan

With numerous envoys sent to China during the Nara period (710 – 794), much of Japan’s initial interactions with tea were intertwined with Buddhism and the upper classes. During the early Kamakura period (1185-1333), tea seeds were brought to Kyoto by Eisai, founder of the Rinzai sect of Zen Buddhism, marking the beginning of domestic tea production in Japan. From there, tea culture flourished, eventually culminating in the sado Japanese tea ceremony, considered the peak of elegance in period Japan. 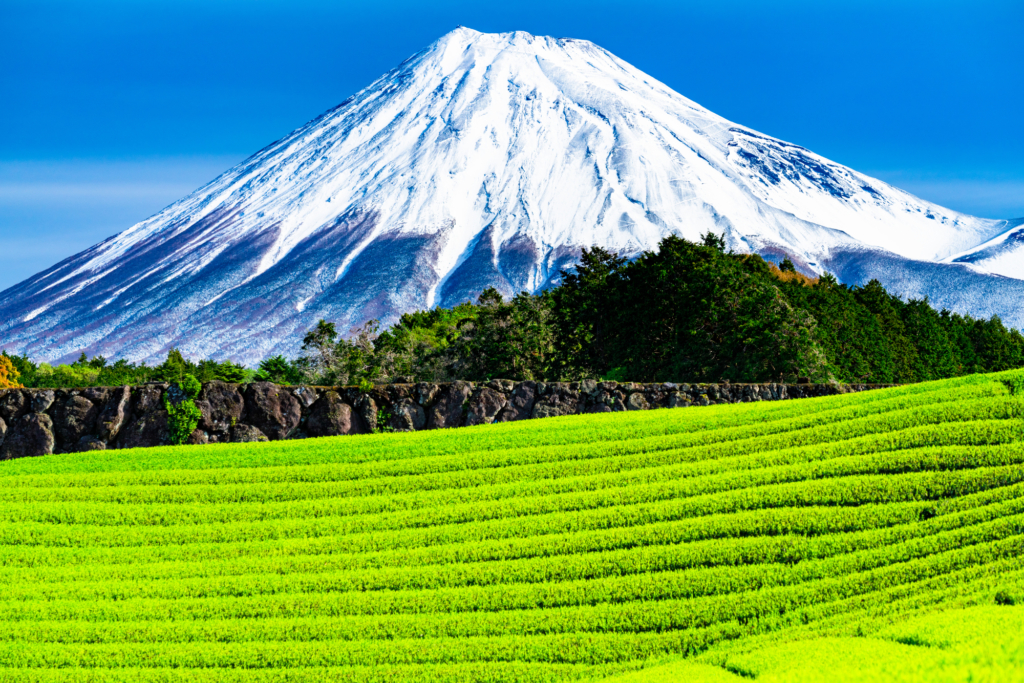 Tea in Japanese is お茶 (“ocha”), and most types of tea include the word “cha” in their names.

From specialized tea houses to your local combini fridge, the following teas can be found just about anywhere in Japan! 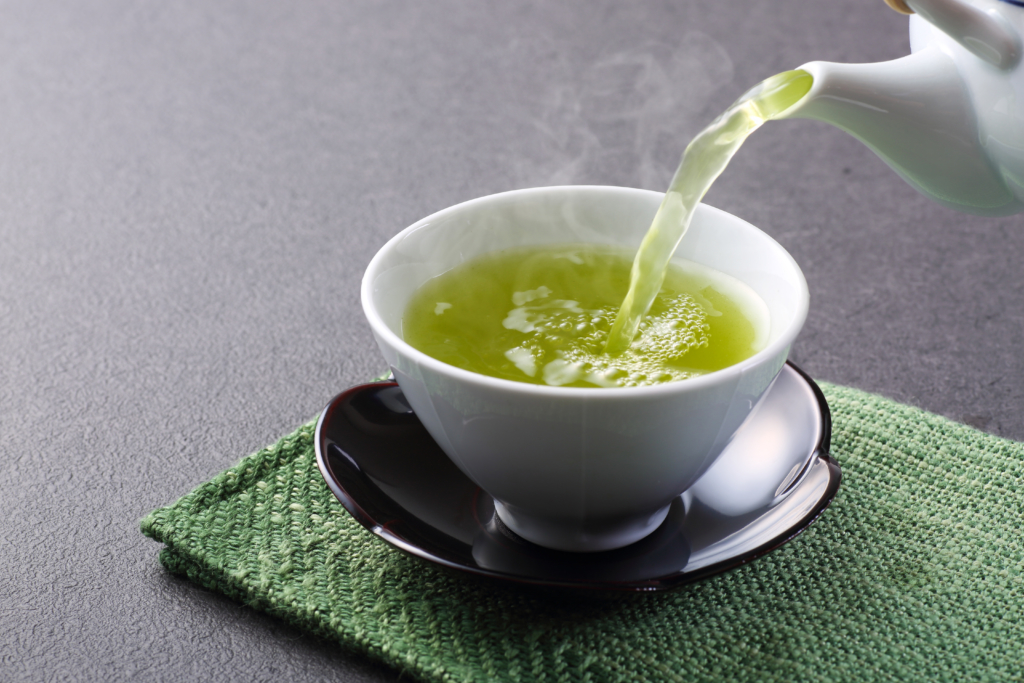 The king of kings, green tea is the go-to brew across Japan. With dozens of regions producing an ever-evolving variety, the range of tastes is staggering!

There are three main grades of green tea. The highest is gyokuro (玉露), which is grown in the shade for at least 20 days and picked during the first round of the tea harvest. The next, and most prominent, is sencha (煎茶), which is also picked early but not shaded. The roughest is bancha (番茶), which is harvested last and considered low grade but still delicious. Further alternatives include fukamushi sencha (深蒸し煎茶), steamed two to three times longer than regular sencha, and kabusecha (かぶせ茶), which is lightly shaded before harvest. 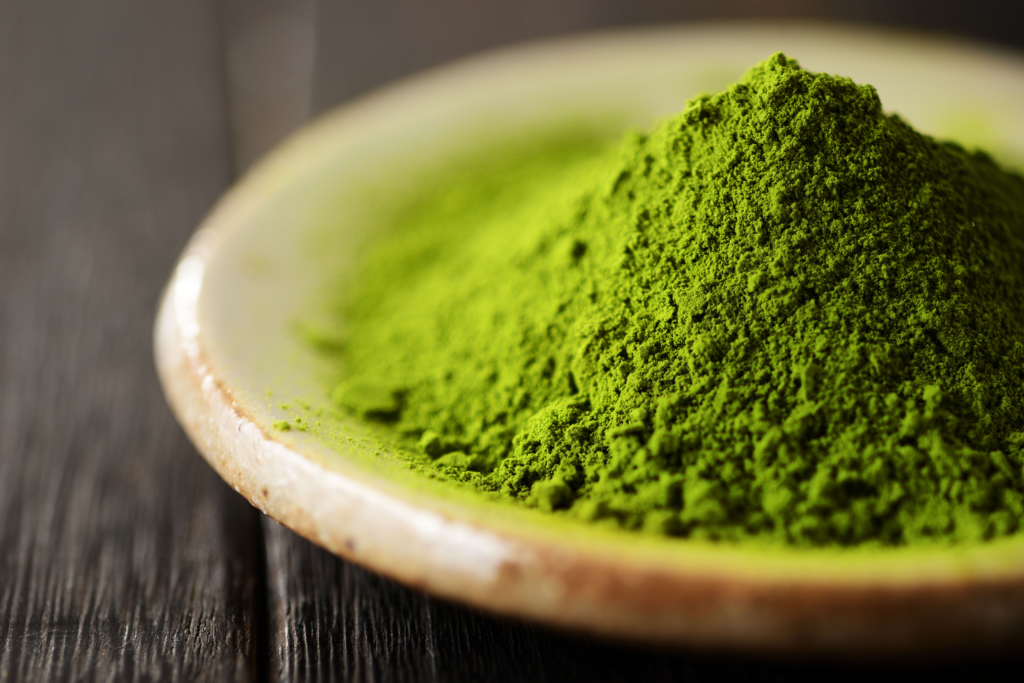 Matcha is born from high-quality green tea leaves grown in the shade and crushed into a fine powder. Mixed with hot water and made into a thick tea that is drunk without straining the tea, it is the most potent form of green tea. Used for medicinal purposes in ancient times, it eventually became the focus of Japanese tea ceremonies. As such, making an exquisite bowl of matcha is an art requiring patience and skill. Matcha also boasts a stronger caffeine content than regular green tea, making it a healthy pick-me-up or coffee substitute. 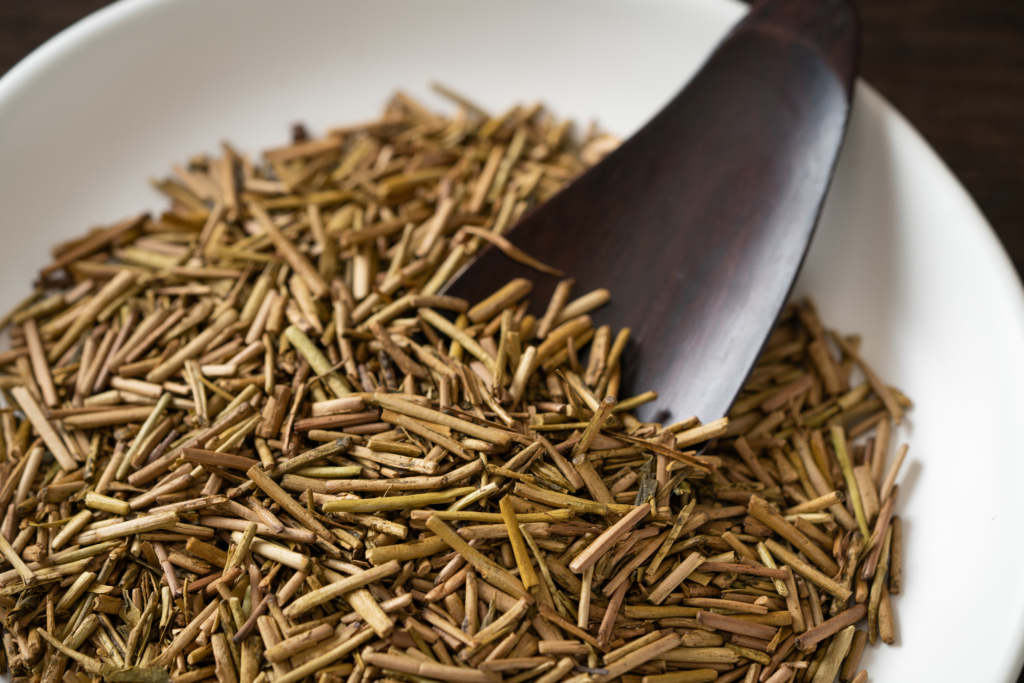 Houjicha is a green tea that is picked later in the season and roasted. Originally created in Kyoto over 100 years ago, Houjicha is earthy and mild, but with a strong, nourishing fragrance. Low in caffeine and with virtually no bitterness, it serves as a great introductory tea for beginners. Search for Houjicha during the colder months of the year. 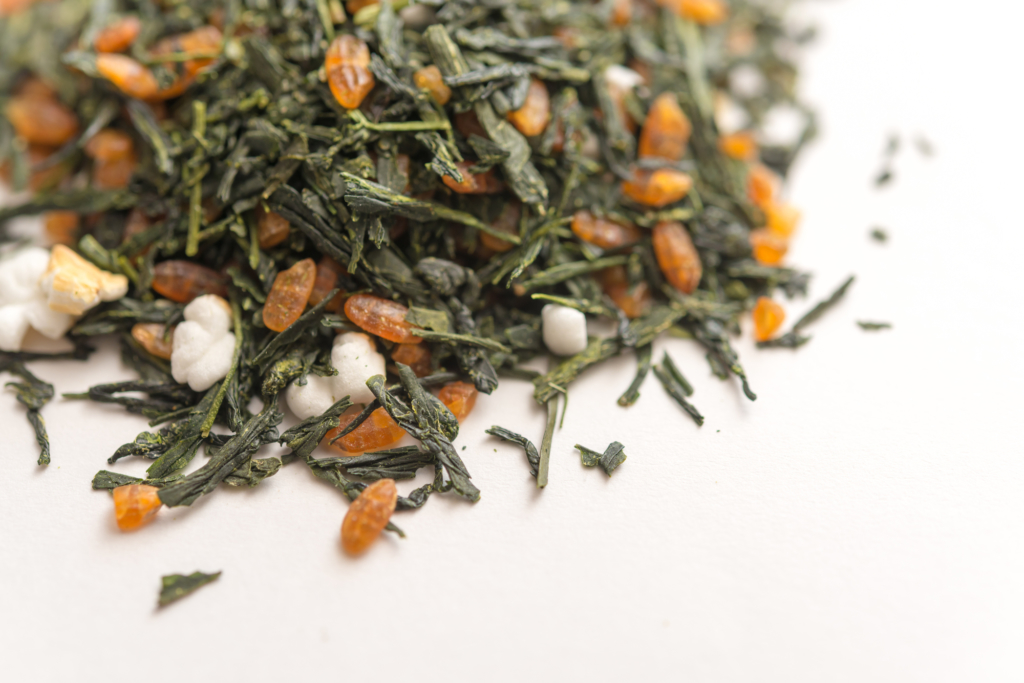 Genmaicha is a mixture of roasted brown rice and green tea. Often one of the cheapest offerings at tea stores, it is available in large packs at very reasonable prices. Soul-warming and flavorsome, it gifts drinkers with a deep umami aftertaste that feels like a meal! Genmaicha with matcha is also available. 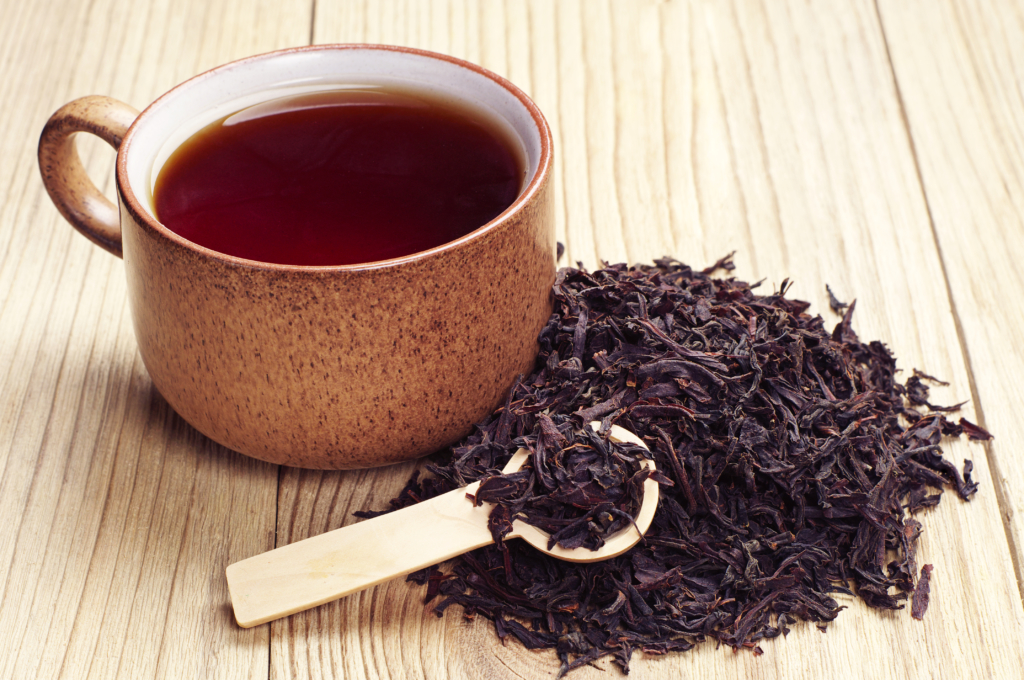 While not as popular as the greener variety, koucha, literally translating as “red tea,” remains a staple in Japanese homes. Often viewed as a “western tea,” black tea actually originated in China during the 17th century, making it a relative newcomer compared with other varieties. Flavorsome, strong, and containing roughly the same caffeine content as matcha, it’s the ultimate breakfast beverage. In Japan, koucha sweetened with milk and sugar, known as Royal Milk Tea, is also a hot choice. 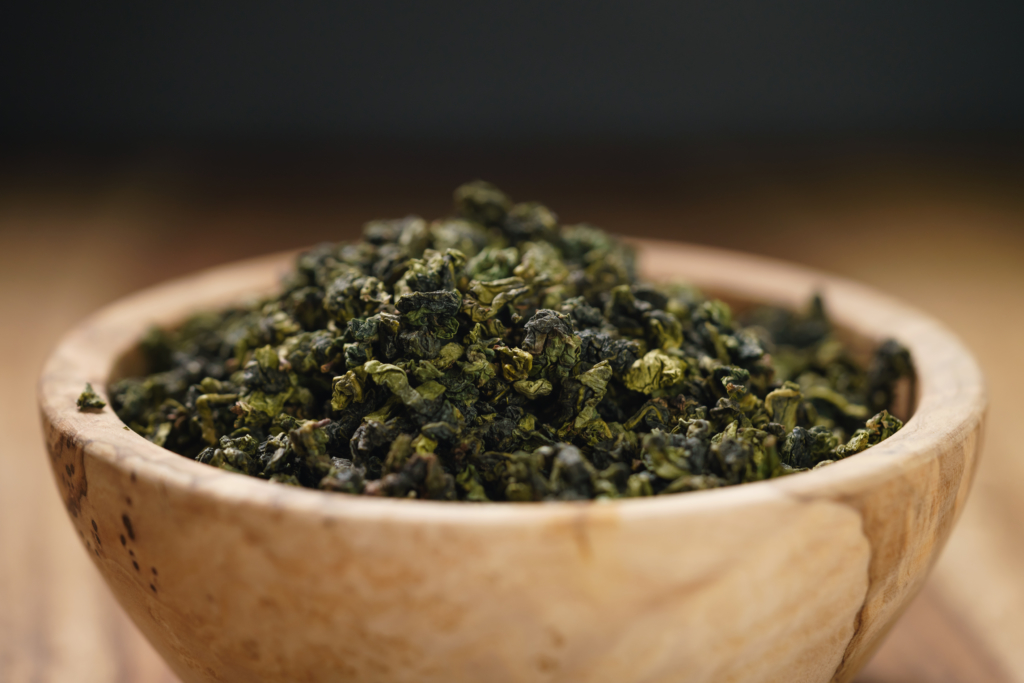 As you might be able to tell from the kanji that make up the word “oolong,” this is another Chinese classic that enjoys wide popularity in Japan. Made using oxidized tea leaves, it’s most commonly found bottled in convenience-store fridges and drunk cold. Brewed oolong tea has brown color and a delicious, distinctive flavor. 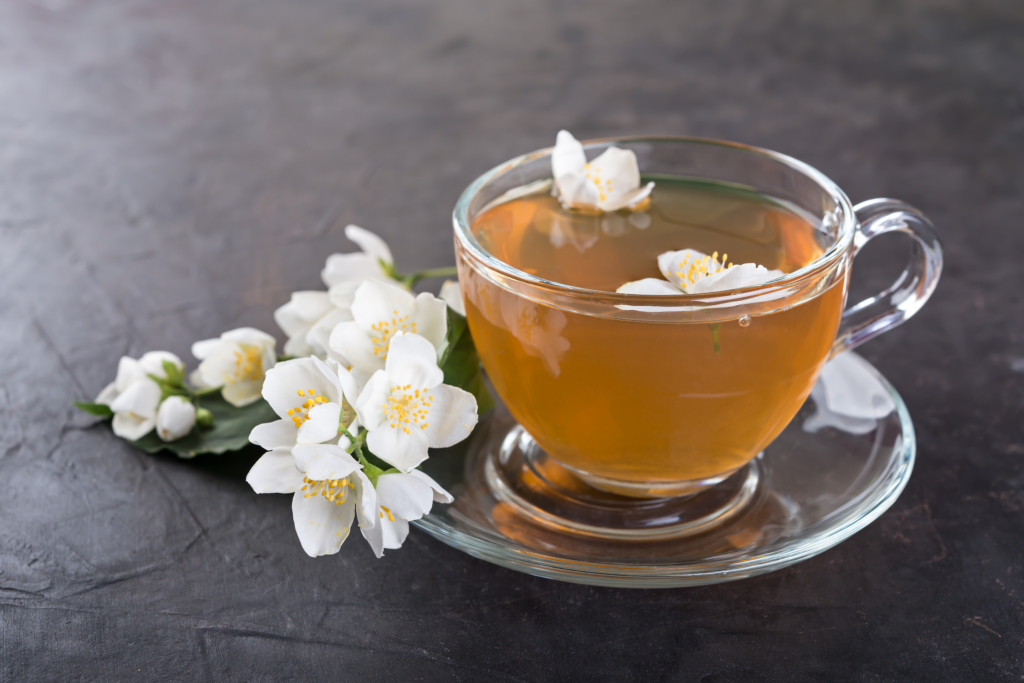 While not exceedingly popular in mainland Japan (although you can easily find it bottled in any conbini), jasmine tea is the drink of choice in Okinawa. Known locally as sanpincha, it was introduced via trade between the Ryukyu Kingdom (the former name of Okinawa when it was an independent nation) and China. It is made by combining fragrant jasmine flowers with a green tea base.

Like the other teas introduced so far, these alternative teas also employ the tea kanji 茶 in their name. However, they do not technically qualify as “tea” since they include no tea leaves in their ingredients. In terms of deliciousness, however, they’re more than an equal match! Let’s take a look. 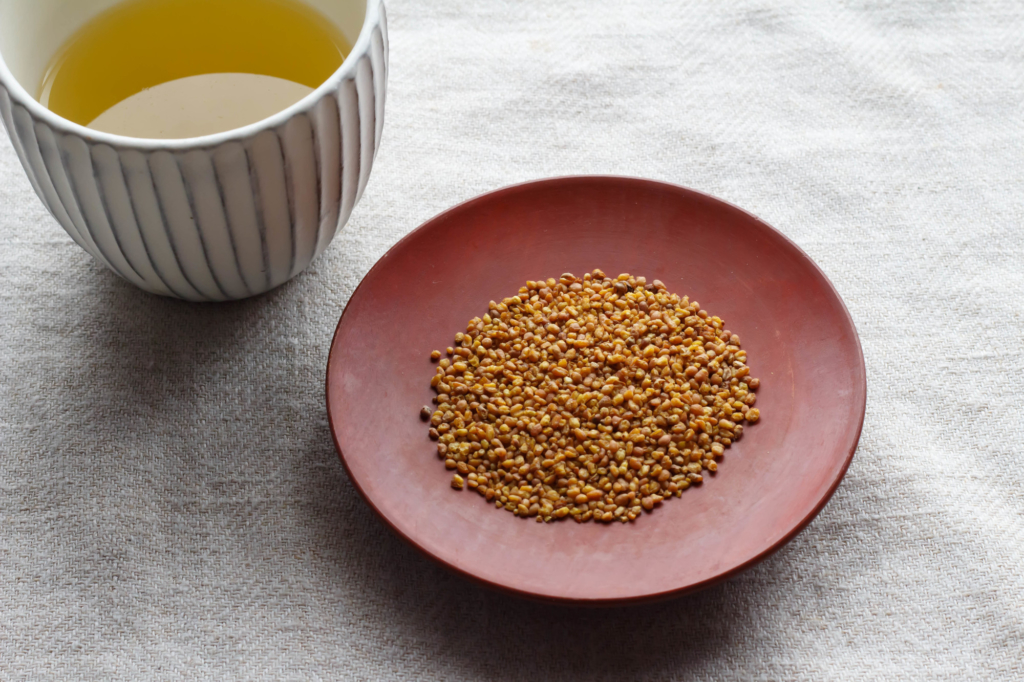 Sobacha is brewed with the grains of roasted buckwheat, the same wheat used in Japanese soba noodles. Caffeine-free and brimming with antioxidants, it is a great starting point for those seeking alternatives to the typical brews. The flavor of sobacha is roasty and full-bodied, with a particular buckwheat taste that is difficult to describe. 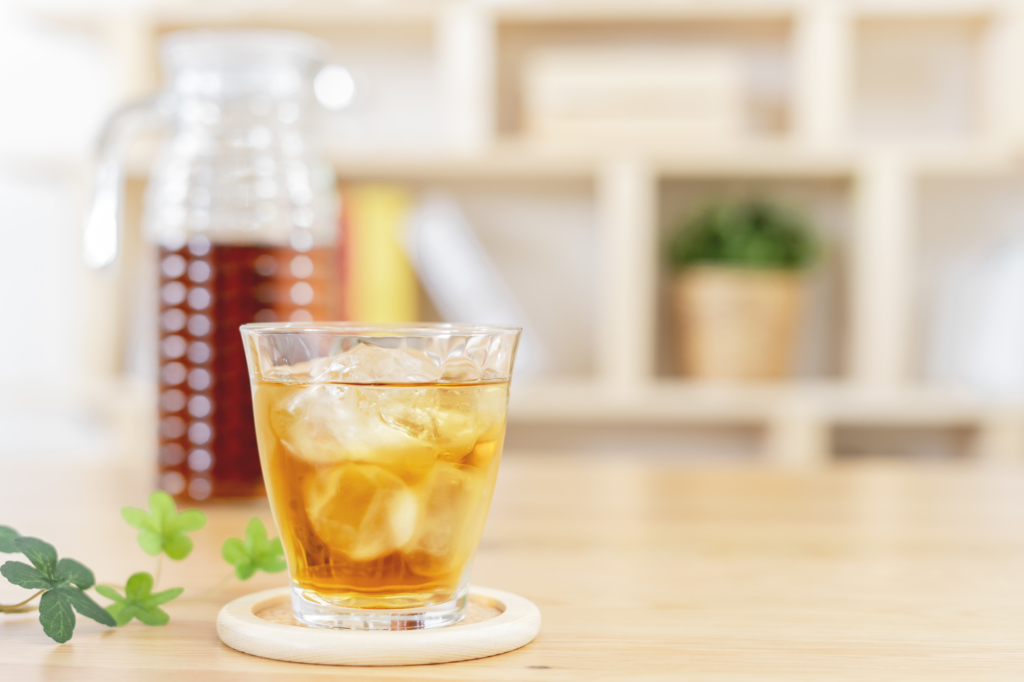 Similar to sobacha, mugicha is brewed with roasted barley to create a refreshing, caffeine-free pick-me-up. Viewed as a ‘summertime’ drink in Japan, mugicha is most often served chilled. Many Japanese households will always have a pitcher of mugicha in the fridge during the summertime, as it is one of the most refreshing beverages to enjoy on a hot day. 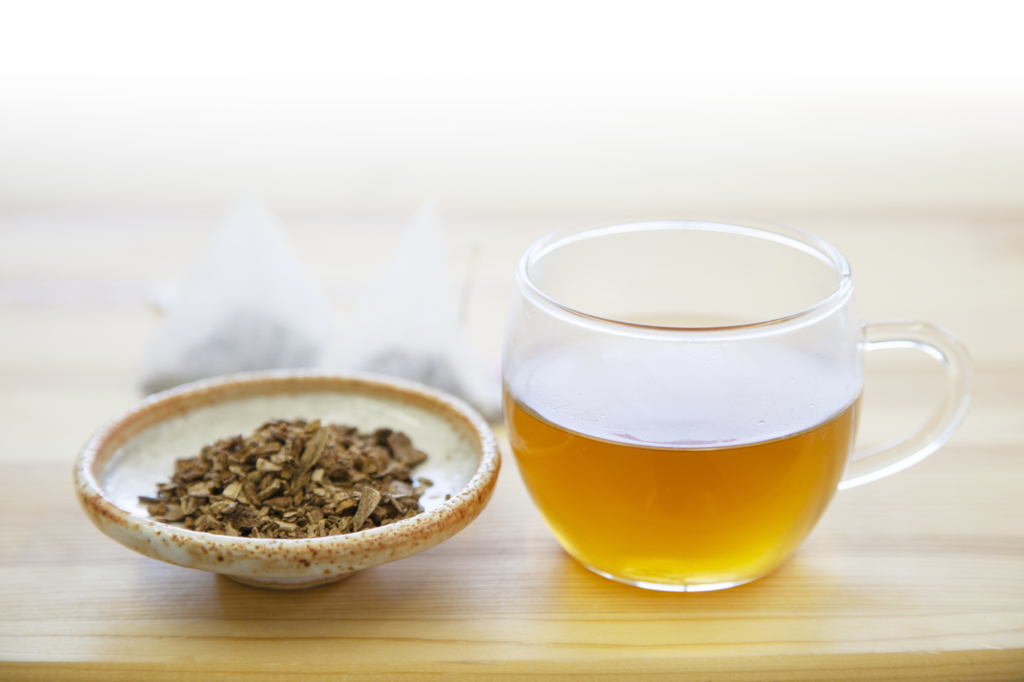 Brewed with the shavings of “gobo” (burdock root), gobocha boasts a deeply organic and earthy flavor complemented by an intense fragrance. Believed in Japan to contain numerous health benefits, it is often drunk by those dieting or looking to improve their complexion. 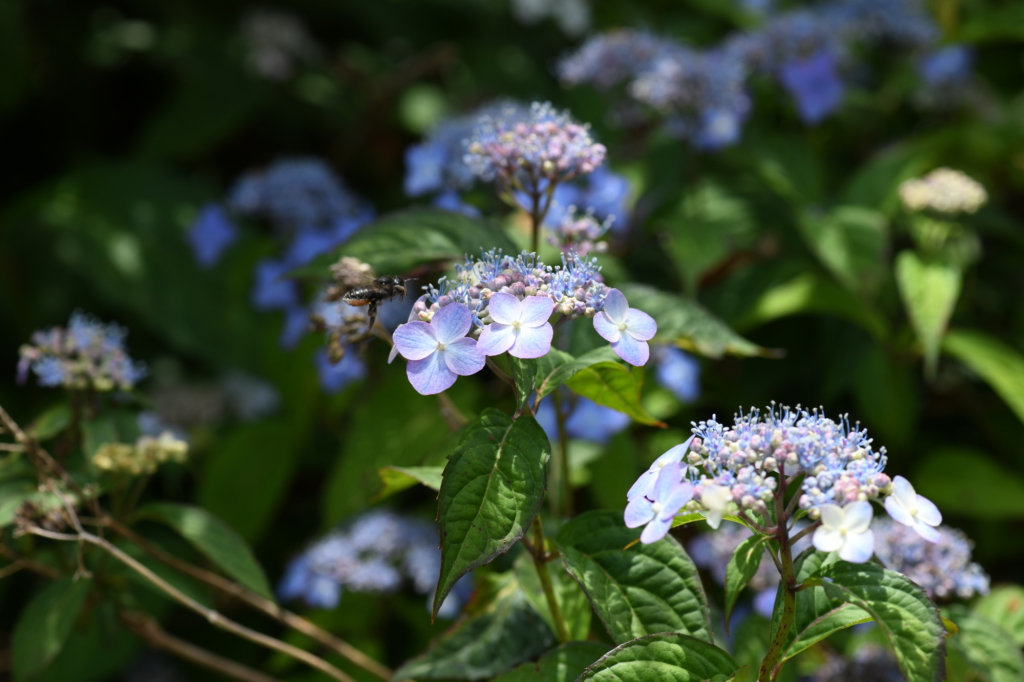 Translating as sweet tea, amacha is a Japanese herbal tea made from the leaves of the “ajisai” (hydrangea). Upon first taste, many assume the tea has been sweetened—it’s about 400 times sweeter than table sugar! However, it has no added ingredients and is caffeine-free. It also contains zero calories, making it a guilt-free alternative for a hit of something sweet! 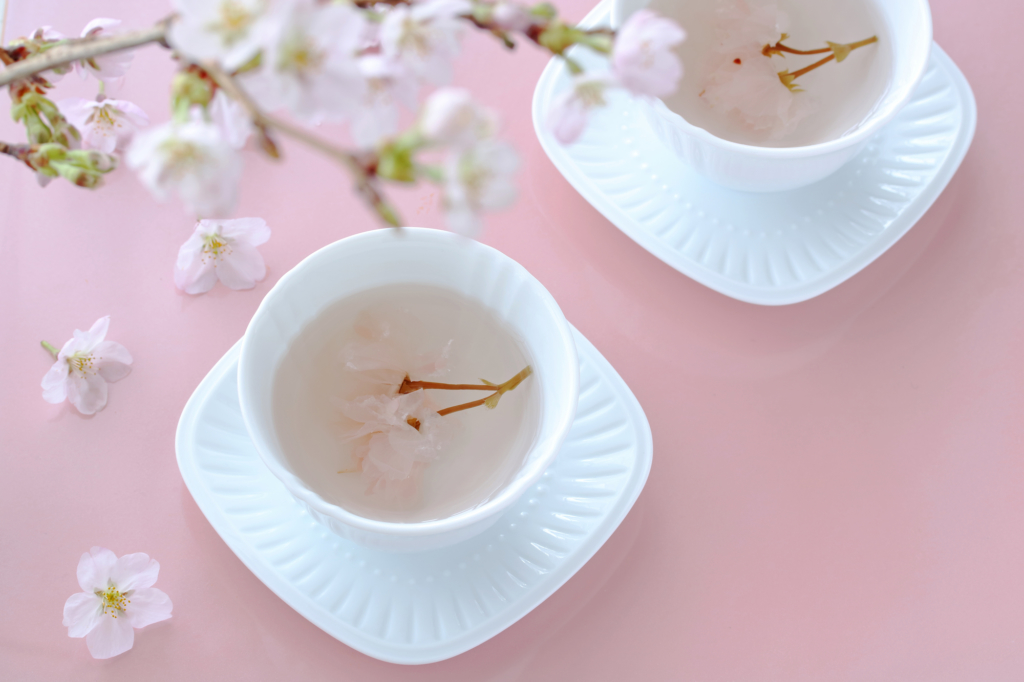 Arguably Japan’s most beloved flower, the blooming sakura cherry blossoms of April and May are a wonder to behold. However, for the Japanese, simply flower-viewing isn’t enough! Sakura ice-cream, chocolate, bread, and yes, even tea is readily available for those who wonder if sakura tastes as good as it looks.

However, sakuracha isn’t just petals in hot water. Each fragile petal is painstakingly pickled and aged in salt and plum vinegar, which, when steeped in hot water, brews a mildly sour tea with a hint of saltiness. As expected, sakuracha is fairly rare and usually only drunk in celebration. 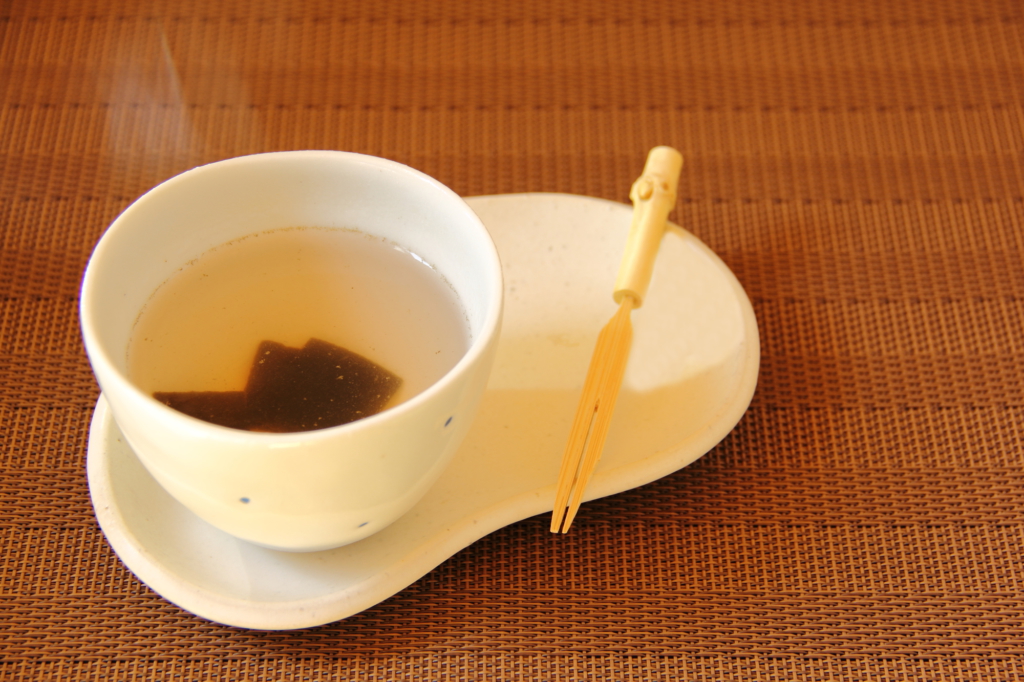 Worlds apart from the kombucha you may have tried back home, traditional Japanese kombucha is a tea brewed from kelp. Dried and finely cut or powdered kombu kelp is mixed with hot water and often finished off with a pinch of salt. The resulting kombucha is bitter, savory, and a great way to replenish yourself after a big night out!

The Tea Regions of Japan 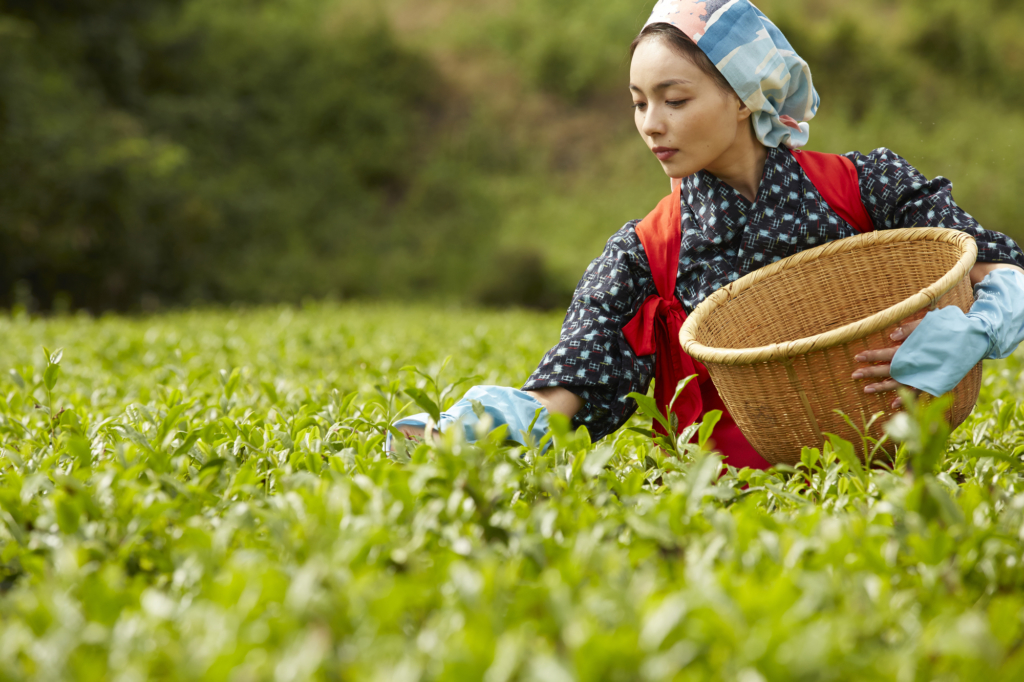 Similar to the wines of France, Japan is dotted with tea-producing regions, each boasting a unique character and charm. Take a look below!

Sayama (Saitama Prefecture): Several cities and towns in the Sayama area of Saitama make up Tokyo’s closest tea producing region. Sayama tea is roasted at high temperatures, drawing out sweeter flavors and reducing bitterness. Due to the cold winters, tea harvesting only occurs twice a year.

Kagoshima Prefecture: Japan’s second-largest tea producer is Kagoshima. A prefecture in Japan’s southern landmass of Kyushu, the entire region is dotted by luscious tea fields. With its warm weather, Kagoshima tea can be picked as early as April – the first tea of the year in Japan!

Ise (Mie Prefecture): With over 1,000 years of history, Ise is Japan’s third-largest producer of tea. Mainly concentrating on sencha, fukumushicha, and kubusecha, Ise tea is noted for its high level of theanine amino acids and delicate sweetness.

Uji (Kyoto Prefecture): The suburbs of Kyoto’s Uji City provide some of Japan’s finest and classiest tea. Most eminent is Uji matcha, which is often the key ingredient behind many matcha-based treats. Look for the kanji 宇治抹茶 (Uji matcha) on products sold throughout Japan. 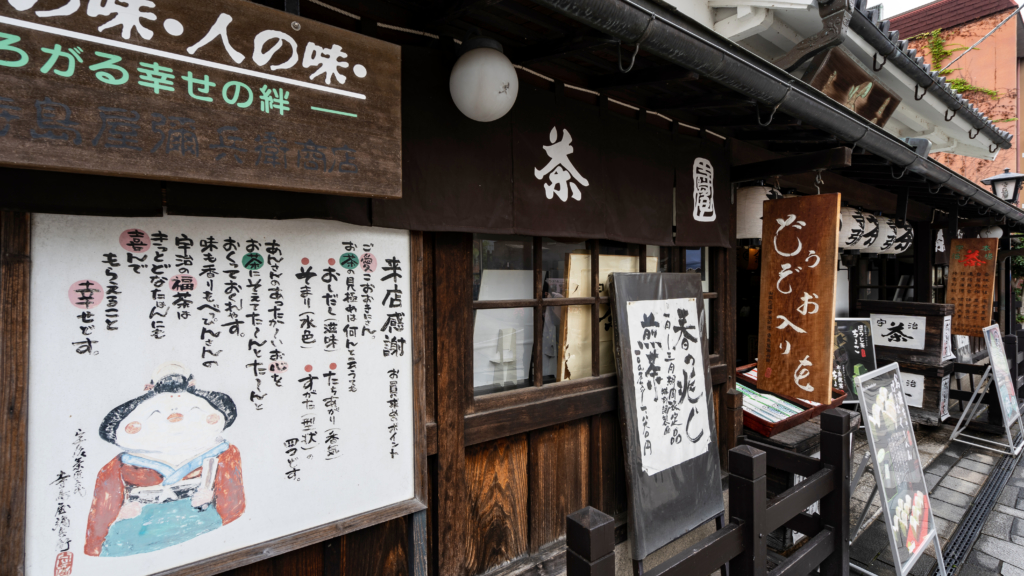 With such staggering variety, it’s impossible for tea-loving expats to ever be bored. Even within the realm of green tea lies dozens of species, regions, growing techniques, and brewing styles allowing for a fresh taste every cup! While this article covers most of the main bases, there are dozens of other exotic Japanese teas out there begging to become the next big thing. Of course, supermarkets and cafes in Japan also stock dozens of international selections, so if a good-old cup of Darjeeling or chamomile is your thing, you won’t be disappointed! Happy sipping!