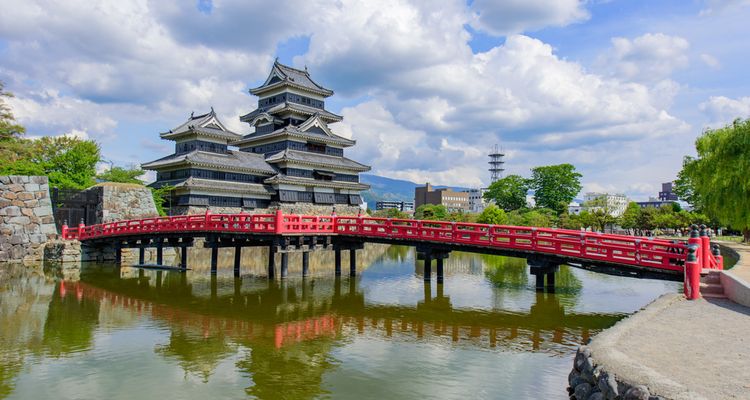 While Japan's most famous sightseeing spots are Tokyo and Kyoto, that's not all. Japan is a long, narrow country that is broken down into 47 areas. Each area is full of interesting sightseeing areas. Learn about the prefectures! This time, let's focus on Nagano.

The long and narrow country of Japan is divided into what are called the 47 prefectures, but are actually 43 prefectures, 2 urban prefectures (Osaka and Kyoto), one territory (Hokkaido), and one metropolis (Tokyo).

Each area has their own unique nature, with their own good characteristics and peculiarities.

Of course, when you talk about sightseeing in Japan, places like Tokyo and Kyoto are famous, but other than that there are plenty of sightseeing areas to go to.

Among those is Nagano prefecture, which sits almost exactly in the center of the Japanese archipelago.

It is the fourth biggest prefecture in Japan. It's usually broken up into northern, eastern, and western areas, and even within this one prefecture each area has its own dialect.

Its ancient name was Shinshuu, and to this day items from Nagano have the name Shinshuu attached, and it is possibly used more than the name Nagano.

Here are ten recommended spots to visit in Shinshuu. Karuizawa is famous as a summer resort and overflows with tourists in the summer.

It's known as the city where John Lennon brought his family for a long stay and Bill Gates rents holiday villas. Many writers and rich people have built their vacation houses here.

There are many churches and wedding halls here, as well as many Western-style restaurants. It's located at a high elevation and surrounded by beautiful nature with an abundance of snow in the winter, so it's a famous ski resort. It was Japan's first mountain resort, and has since been awarded special protected habitat as well as special scenic area status. Each year 1,500,000 people visit. This area has the clear stream flowing from the northern Japanese alps, and they cultivate wasabi, rainbow trout, and Shinshuu salmon here, all things that wouldn't live in dirty water.

There are many art galleries and museums, and it's a place where people who like to look at art and visit small, unique stores will enjoy. This is a temple that is built in Nagano's prefectural capital, Nagano City.

This building has been designated as both a national treasure and a national important cultural property.

The restaurants and stores around it also have their own unique charms. This castle, in Matsumoto City, was used from the Azuchi-Momoyama period to the Edo period. The castle tower is designated as a national treasure. Only renmants of the castle are left, so it is surrounded by the Komori Shiroato Kaiko Park, which has a zoo and a museum that you can enjoy.

It was used as a location in one of the famous Tora-san movies.

This is another popular flower-viewing place in the spring. Around the castle there are also plenty of Shinshuu soba restaurants. This hot spring gushes out of the land in Suwa City, Nagano.

In the hot spring town around Suwako, Katakurakan, Japan's oldest health preservation spring, is famous for its thousand person bath. Katakurakan is also designated as a national important cultural property. This hot spring is also in the Suwa region, but in Shimosuwa Town.

In the surrounding hot psring village, there's Suma Grand Shrine which is famous for being a power spot, and Lake Suma, which is surrounded by inns and ryokan.

Originally it was just a place where travelers stopped for the night, and there are many inns and buildings that have kept the traditional Japanese facades of inn towns.