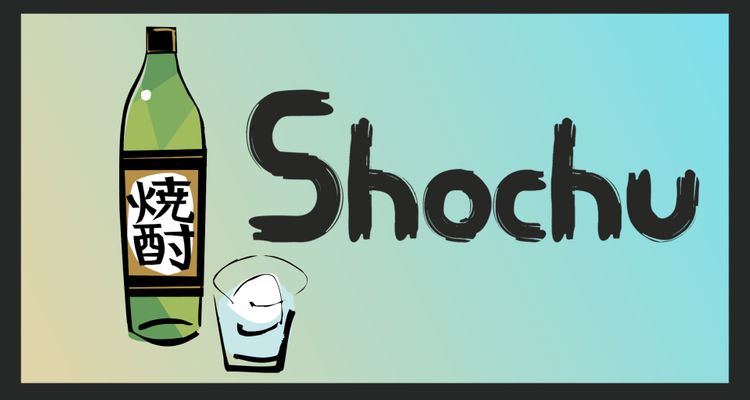 10 Japanese Shochu You Should Try

Almost everyone has heard of Japanese sake before, but what about shochu? Shochu is another of Japan's traditional alcoholic beverages that, much like sake, comes in a huge variety of flavors and types. To find out what it is, learn how it's different than sake, and see our list of 10 recommended Japanese shochu to try, keep reading!

What Is Shochu, Anyway?

Shochu (焼酎) is a Japanese distilled liquor that is typically made from potatoes, wheat, or rice. It's thought that the distilling method used to make shochu was introduced to Japan around the 15th century from mainland Asia, although theories vary about exactly where it was introduced from. Other than Japan, several other Asian countries have their own version of the beverage, such as "shaojiu" in China and "soju" in Korea.

However, much like whiskey, there is huge variety within the general category of "shochu," with variances in distilling method and ingredients completely changing the final product. This means that everything from cheap, mass-produced shochu sold in giant plastic bottles to expensive, craft shochu distilled in limited batches can be found sold under the umbrella of shochu.

Shochu Vs. Sake - What's the Difference?

Shochu is a distilled liquor, meaning it is made in the same way that whisky, vodka, and other distilled liquors are made—by boiling a fermented mixture of grains or potatoes called a "mash" and recondensing the captured alcohol vapor (which boils at a lower temperature than water). In contrast, sake or "nihonshu" as it is called in Japanese, is brewed from rice in much the same way that beer is brewed from grains.

As such, shochu has a fairly high alcohol content (usually between 20 and 45%) whereas sake is closer to wine (usually around 15% - 20%). The flavors and uses of the two drinks, too, are quite different, each with its own unique characteristics.

How to Drink Shochu

Shochu is commonly enjoyed on the rocks, cut with water or tea, or used as a base for myriad mixed drinks and cocktails. It can basically be thought of as Japanese vodka!

Drinking it chilled will of course dull down some of the flavors, so some people like to drink it straight or cut with hot water. If cutting it with water, a 1:1 ratio is fairly standard, although this really comes down to personal preference.

Other popular ways to drink it are as a highball, mixed with fruit juice, combined with umeshu(another delicious Japanese alcohol), or even blended with iced coffee! It's really quite a versatile liquor, which is part of what makes it so great.

Shochu is broadly classified by the distilling method used. This difference affects not only the taste but also the classification under Japan's tax laws.

Kourui shochu uses a distilling method imported from England near the end of the Edo Period(1603 -1863) that repeatedly distills the alcohol in an efficient technique to produce a clean, clear shochu with minimal impurities. Kourui shochu thus typically has less character to set it apart from other shochu, but is good as a base for mixed drinks. Under tax law, shochu classified as kourui must have less than 36 percent alcohol by volume.

Commonly called "honkaku" shochu (meaning "real" shochu), otsurui shochu is made with the centuries-old "tanshiki" distilling technique, meaning the mash is only distilled once. Under the law, liquor sold as otsurui shochu should have less than 45% alcohol and needs to adhere to many strict guidelines limiting the ingredients that can be used. As opposed to shochu made with the Kourui technique, shochu made with the tanshiki technique is only distilled a single time, so more of the flavors and scents from the rice, wheat, or potatoes remain in the finished product, lending distinct tastes and characteristics to each shochu made.

Types of Shochu Based on Ingredients Used

One of the most common types of shochu, imo-jochu is distilled from sweet potatoes, which have plenty of natural sugar in them and give the drink a sweetness and strong aroma. Imo shochu tends to have fairly strong characteristics to its flavor, so it can be a bit of an acquired taste, but those who love it, love it, and many of the most highly-regarded shochu are imo-jochu.

Compared with imo-jochu, mugi-jochu is typically a bit cleaner tasting, with a fruity aroma that makes it fairly easy to drink even for shochu beginners. There are many famous shochu brands that use barley, so it is also easy to get your hands on a reasonably-priced yet tasty bottle.

Most types of shochu use malted rice as a base for the mash, but kome-jochu uses it as the main ingredient, as well. Kome-jochu made in the traditional way features a rich aroma and full body that can be a bit intense for some shochu newbies but is enjoyed by shochu lovers. However, some newer "soft type" kome-jochu instead has a light and crisp taste, so be sure to try both kinds.

Kokuto shochu is only made in the Amami Islands off the southern coast of Kagoshima Prefecture, making it one of the more unique types of shochu. It's known for having a clean and easy-to-drink flavor that is quite refreshing.

Compared to the most common types of shochu (sweet potato, barley, or rice shochu) soba-jochu has an even cleaner taste and gentle sweetness that makes it popular with shochu beginners and people who don't like overly pungent alcohol. It is also lower in calories, making it slightly healthier than the other varieties as well (everything in moderation, though).

Okinawa's special type of shochu, called "awamori," is made from Jasmine rice (instead of Japanese (Japonica) rice, as with kome-jochu) and uses a particular kind of malted rice called "kuro koji" as the base of the mash. The resulting liquor has a mellow flavor and is quite refreshing, even though the alcohol content can sometimes be as high as 43%. Awamori is generally considered to be the oldest type of shochu in Japan, with a history going back more than 500 years, so be sure to give it a try.

10 Famous and Popular Shochu Worth Trying

Iichiko is a well-known and loved shochu brand that boasts a wide variety of shochu in its lineup, running the gamut from cheap to premium (including several that are available overseas). There are several shochu from Iichiko worth trying, but one in particular is the Iichiko Special, an aged honkaku shochu with a rich aroma. Iichiko special is so good that it won first prize at the 2020 Tokyo Whisky & Spirits Competition, beating out 257 other shochu to claim the top spot. This shochu is delicious straight, on the rocks, or cut with water.

Kirishima Shuzo is a famous brewing company in Miyazaki Prefecture that started making shochu more than 100 years ago. The shochu brewed at that time used "kuro koji" (black malted rice) in the mash, and the Kurokirishima line produced to this day carries on that tradition. It is an imo-jochu (sweet potato shochu) that has a characteristic thick sweetness and crisp finish. It is also fairly easy to find across the country, so you shouldn't have any trouble getting your hands on a bottle while in Japan.

Another popular shochu in Kirishima Shuzo's lineup is the Aka Kirishima (red Kirishima), thus named because the special "Murasaki Masari" sweet potatoes used as the main ingredient react with the malted rice, turning the mash a vivid shade of red. Aka Kirishima is also sweet, with a characteristic, strong aroma. Try comparing both of these Kirishima shochu if you can!

Maou is a honkaku imo-joju (sweet potato shochu) made by a brewery in Kagoshima that is more than 100 years old. However, Maou gained its popularity during Japan's third big "shochu boom" in the mid 2000s and has been one of the most sought-after shochu ever since, sometimes fetching as much as three times its retail value when sold online. Maou is an aged shochu that is known for its mellow, easy-to-drink flavor and superb, lingering aftertaste. If you get a chance to try it out, don't miss it!

Shiro, which means "white" in Japanese, is a honkaku kome-jochu (rice shochu) made by Takahashi Shuzo. It is intended to be enjoyed paired with a meal, and its gentle and refreshing taste complements almost any dish. Shiro is quite versatile, and is excellent on the rocks, as a base for a highball, or even mixed with tomato juice! If you find yourself enjoying a meal at a Japanese restaurant that serves Shiro, give it a try!

Ikkomon is another honkaku imo-jochu (sweet potato shochu) from Miyazaki Prefecture, but what sets it apart is that even the base of the mash is made using malted sweet potatoes (most other shochu use malted rice), making it a 100% sweet potato shochu. It might be a bit intense for some, but imo-jochu-lovers will thoroughly enjoy the rich mouthfeel and deep aroma of the drink. Once you get familiar with shochu, this is one that you'll definitely want to try.

Tomi no Hozan is one of the three main shochu produced by Nishi Shuzo, another distillery based in Kagoshima. The company is so particular about the ingredients that go into its shochu that it even owns and operates its own sweet potato farm, meaning it truly handles every step of the production process, all the way down to the growing and harvesting of the sweet potatoes themselves. The resulting honkaku shochu is crisp, with lovely notes of citrus that make it stand apart from its competitors.

Iso no Namihei was originally created as a special one-off shochu for a party celebrating the 45th anniversary of the famous manga called "Sazae-san." However, it was such a hit that people requested that it be produced as a normal part of the distillery's lineup. Iso no Namihei is an unfiltered imo-jochu (sweet potato shochu) that is filled with umami and sweetness while being remarkably free from off-tastes, making it easy to drink.

Awamori could have its own article dedicated to brands worth trying, so we would be remiss not to include at least one in this article. Kumesen is a popular awamori brand made on Kume Island in Okinawa. The awamori is made using delicious, natural spring water drawn from underground, below the distillery, and almost every step of the process is done by hand. The resulting awamori is fruity, fresh, and easy to enjoy for almost anyone.

Mitake is a honkaku imo-jochu (sweet potato shochu) made on Yakushima, an island and World Natural Heritage Site off the southern coast of Kagoshima. Yakushima is home to a unique ecosystem and huge stretches of untouched nature, and the island has incredibly fresh groundwater thanks to a very high volume of rainfall throughout the year. This fresh water is used to make Mitake shochu, which is produced in limited batches each year, making it a bit more difficult to find. When you enjoy a glass of Mitake (hopefully during a stay on Yakushima), try it mixed with warm water to really draw out all the marvelous aromas and flavors.

Sake is the first alcohol that comes to mind for most people when they think of Japan, but shochu shouldn't be missed, either. It's versatile, delicious, and has so much more depth to it than meets the eye! The next time you're ordering drinks in Japan (or at a Japanese restaurant somewhere), why not give shochu a try?