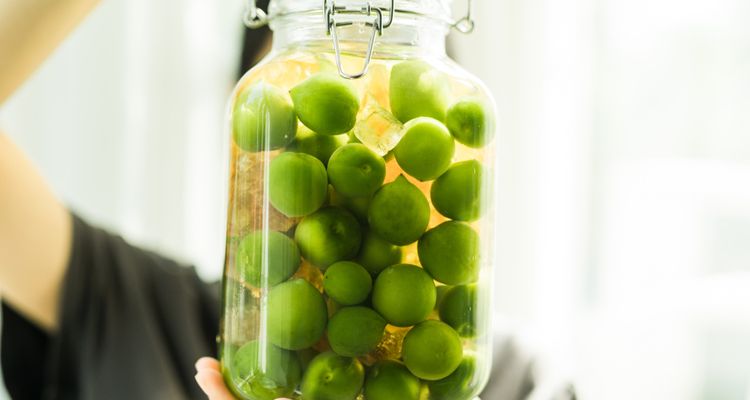 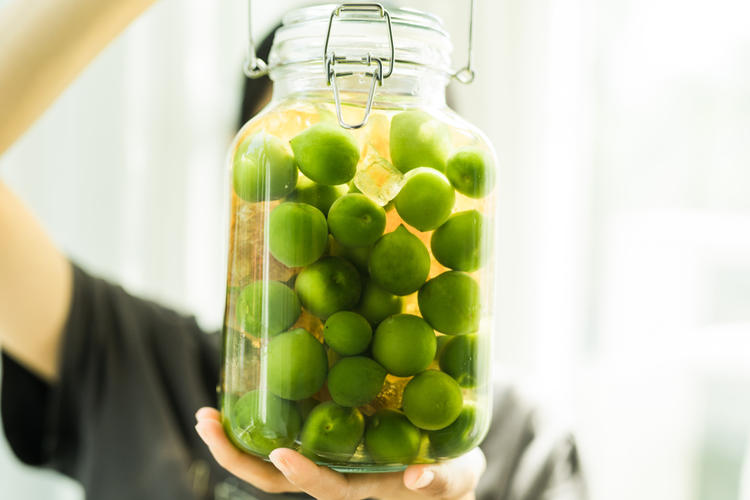 Japanese plum wine—called "umeshu" in Japanese— is a highly popular alcoholic beverage in Japan. Umeshu usually quite sweet, which makes it easy to drink even for those who don't normally like alcohol. Here are 8 facts that will enlighten you on the topic of Japanese plum wine and make you want to give it try for yourself!

1. Although Translated as "Plum Wine," Umeshu is Not Actually Wine

In Japanese "umeshu" means, literally, "ume alcohol." "Ume" are a type of sour Japanese plum that are not pleasant to eat as-is, but are quite delicious when pickled with salt to make the staple Japanese pickle called "umeboshi" or when mixed with liquor to make umeshu. As stated in the heading, umeshu is not fermented and is therefore not actually wine. Instead, it is a dizzyingly sweet mixture of liquor, sugar, and ume that comes closer to what most people would think of as a liqueur. Umeshu is usually aged for between 6 months to a year before being enjoyed.

2. Umeshu is Incredibly Easy to Make

Whereas fermented drinks like beer, wine, and sake can be quite tricky to make well at home, umeshu is comparatively simple. All that's needed is a sealable glass container, ume, sugar, and liquor. Indeed, every June in Japan, when ume come into season, everything needed to make umeshu at home can be found at pretty much any supermarket in Japan.

See the bottom of the page for an easy-to-make umeshu recipe!

3. Making Home-Brewed Alcohol in Japan is Illegal. But Umeshu is OK!

Unlike in many other countries, Japan's laws are very strict when it comes to making alcoholic beverages at home. Distilling liquor, fermenting wine, or even just making a simple batch of homemade beer without a license is against the law. However, as umeshu is really just a mixture of pre-made liquor, fruit, and sugar, not much additional alcohol is produced in the process. It is therefore totally legal to make your own umeshu or another type of fruit liqueur at home in Japan as long as:
1. The liquor used exceeds 20% alcohol by volume and was taxed.
2. The finished umeshu does not have any more than 1% higher alcohol content than the original alcohol.

4. Homemade Umeshu Can Legally Be Served At Restaurants

Under the law, mixing ingredients into alcohol counts as creating a new type of alcohol and is prohibited for restaurants and bars unless the mixing takes place right before the alcohol is served (as with cocktails). However, there is a special exception in the law made specifically for umeshu. Under the law, restaurants can serve their own homemade umeshu as long as they fill out the requisite paperwork at the tax office beforehand and the amount of umeshu served doesn't exceed 1 kiloliter per year. Thus it is possible to taste some unique homebrewed umeshu at small restaurants throughout Japan!

5. The Plums Floating in Umeshu Can be Eaten, Too!

Although fresh ume plums are fairly bitter and unpleasant to eat plain, once they have been soaking in alcohol and sugar for 6 months to a year, they become quite soft and delicious to eat, infused with sweet alchol. Sometimes when you order a glass of umeshu, it will even come with a plum inside the glass!

After about a year of aging, however, many choose to remove the plums from the container of umeshu as they will start to break down and make the drink cloudy and even bitter. However, the removed plums can be used in a variety of cooking and even baking recipes, so they don't by any means go to waste!

6. Umeshu Doesn't Have an Expiration Date.

As long as it was prepared carefully, no bacteria were able to enter the jar, and it was stored away from sunlight, umeshu can last for many years! Actually, it is said only to improve over time, just like a fine whiskey or wine. There are even stories of parents who make a batch of umeshu when their child is born and drink it together for the first time when the child reaches the legal drinking age at 20.

7. Umeshu is Good for Your Health!

As ume are rich in citric acid and other antioxidants, they are said to help people recover from fatigue and prevent damage to the body from oxidation. The plums in umeshu are also thought to help with various gastrointestinal issues including constipation and diarrhea. Additionally, umeshu is filled with vitamins and minerals that supposedly help improve skin, hair, and nail quality, leading some women to choose it as a drink for beautification.  However, as it is an alcoholic beverage, the negative side effects of overconsumption far outweigh these benefits, so it is best to enjoy it in moderation as with any other alcohol.

8. Not All Umeshu Sold in the Market is Real Umeshu.

There are actually two types of umeshu sold in stores: real umeshu made from Japanese plums, and umeshu made using perfume and food additives to make it taste like umeshu. Although the latter will be cheaper than the real thing, it will come without the health benefits described above as it doesn't actually contain any ume. When looking for real umeshu in the store, keep your eye out for the words 本格梅酒 ("honkaku umeshu"). This will be written on all real umeshu products, as in the photo above (see the golden sticker on the top of the carton).

Start by gathering the needed items and ingredients:

-A large sealable glass jar (or two, if you can't find a 4-liter jar).
-1 kg of ume (Japanese plums) or similar (preferably still green, but slightly ripened fruits can also work)
-1 kg of rock sugar ("korizato") or similar sugar designed to melt in alcohol (search online if you don't have a Japanese grocery store near you)
-1.8 liters of the alcohol of your choice (neutral alcohols like shochu or vodka are usually preferred. I used a carton of 35% alcohol "white liquor" that is intended for making fruit liqueurs like umeshu).

Next, prepare the ume.

Begin by removing the stem nub of each ume and discarding any fruits that have soft spots or mold. The last thing you want is for the whole batch of umeshu to spoil before you can enjoy it. Then, thoroughly wash the ume and carefully dry each one individually, making sure no moisture remains on them. Finally, poke some holes in the ume using a toothpick or fork to allow the fruit's essence to more easily leech into the alcohol.

Next, fill the jar.

Fill the sanitized jar with alternating layers of ume and rock sugar until all the ingredients are used. I added a layer of brown sugar to change the flavor, but this isn't necessary. Then, take your liquor and pour it over top, until all the ume and sugar are covered.

Wait 6 months to a year and enjoy!

Store the bin in a cool place away from sunlight. After the sugar has begun to melt and the plums float to the top of the jar, mix up the whole container with a sanitized spoon or by gently turning it upside down. Repeat this every couple of weeks during the maturation phase to ensure that the flavor evenly develops throughout the mixture. After about 3 months, a light umeshu can be enjoyed, but it is better to wait at least a half year or longer for the best flavor.

Enjoy a Glass of Umeshu Next Time You're in Japan!

Umeshu is a delicious drink that is loved by a wide range of people. Give it a try the next time you get a chance, or even try your hand at making your own! If you're interested in learning more about Japan's drinking culture, check out our article Could Japan Be “Alcohol Heaven”? 5 Reasons Why Expats Love Japan's Drinking Culture.