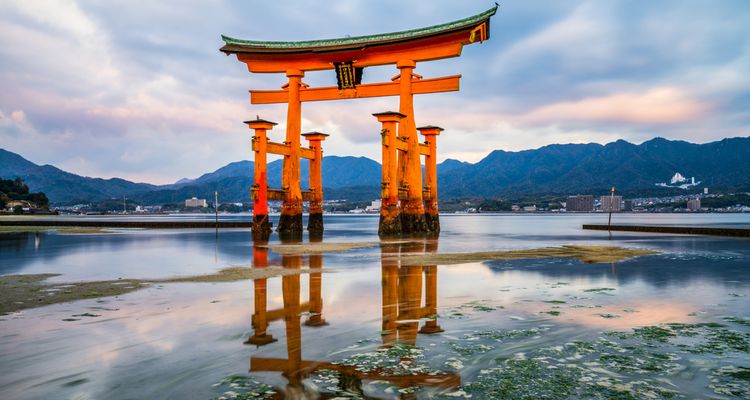 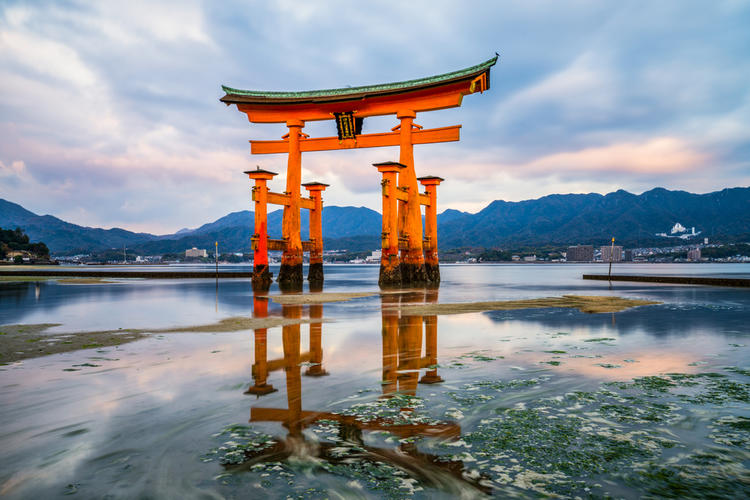 Which Japanese Tourist Spots Are Closed for Renovations in 2022?

With many of Japan’s tourist spots carrying generations of history, it’s only natural for changes and renovations to occur to ensure their longevity. In this list, you can learn about some of Japan's top sightseeing attractions that are currently (as of this article's publish date) closed for renovations. We also briefly cover a couple of spots that recently reopened. Make your travel plans without running into any “No Entry” signs!

Closed for major renovations since June 1, 2021, Okayama Castle is one tourist spot that’s gearing up for a grand reopening on November 3rd of this year (2022). The castle is beloved by locals and admired by tourists due to its unique shape and striking black exterior that can be seen from miles away.

Okayama Castle’s 2022 grand reopening marks the anniversary of when it was first built 450 years ago. In anticipation of the event, there’s now a special website dedicated to the castle’s renewal (Japanese only). Among others, it reveals a new, modernized area where visitors can learn more about Okayama Castle’s long and notable history.

Known as one of the modern-day legacies of Japan’s “Great Unifier” Tokugawa Ieyasu, Nagoya Castle has stood at the heart of Nagoya for over 400 years. The initial construction of the castle served various purposes. It was built for his ninth son, Yoshinao, to inherit while helping to mark the new capital of what would be later known as Aichi Prefecture. Due to being strategically located between two other major early cities – Edo (now Tokyo) and Osaka – Nagoya Castle grew together with its namesake city, and in 1930, became the first castle in Japan to be designated as a National Treasure.

The renovations currently being done in Nagoya Castle involve the castle’s main keep. Back in 2018, the concrete main keep was closed to the public with plans for it to be demolished in 2023. But don’t fret  - they’ll be rebuilding it in wood, with a complete reopening scheduled for 2028. The reconstruction work aims to not only strengthen the keep against earthquakes, but will also restore its appearance to become closer to how it originally looked.

In the meantime, you can still drop by the castle’s Hommaru Palace or enjoy the scenery by the castle gardens.

Another castle with a connection to Tokugawa Ieyasu is Hiroshima’s Fukuyama Castle, which was built under the orders of Ieyasu’s cousin, feudal lord Mizuno Katsunari. The castle was completed a mere two years after Katsunari was assigned to the region, the speed of which is an impressive feat due to its size and the construction technology available at the time.

In 1945, the majority of the castle’s structures were destroyed from air raids, with only the watchtower and the iron gate surviving. It was finally reconstructed in 1966 as the Fukuyama Castle Museum, an educational tourist spot where you can learn more about Japan’s feudal era. The castle is currently closed for renovations, which started on August 1, 2020, and is scheduled to reopen to the public on August 27, 2022.

The cluster of structures forming Itsukushima Shrine have become one of Japan’s most iconic and unique sites, to the point where they're registered as a UNESCO World Heritage Site. While you’ll find countless torii (shrine gates) or shrines tucked away in mountains or forests, Itsukushima Shrine stands out because all of its structures are built on water. The atmosphere of the shrine completely transforms depending if it’s low tide, high tide, or even day or night.

Undoubtedly, the most popular landmark here is the Floating Torii Gate. It was originally built in 1168 and stands at 16.6 meters. Since 2019, it has been undergoing major renovations, with portions of the gate being covered by scaffolding until completion. As of March 30, 2022, the local government estimates that renovations will take another 1-2 years. However, tourists are still free to visit the rest of Itsukushima Shrine, which is right nearby.

With Japan’s volcanic landscape, bathing in "onsen" hot springs has been intermeshed with people’s lives for thousands of years. One particular onsen bathing facility of note is Dogo Onsen Honkan in Ehime Prefecture. It's become so renowned that it served as part of the inspiration for the hit Studio Ghibli movie, Spirited Away.

As with everything else that has a long history, part of what keeps Dogo Onsen Honkan alive are the occasional renovation projects done to it. The latest construction work started on January 15, 2019 and is set to be finished by December 2024. However, only certain sections are affected and you can still bathe there to this day.

Although followers of the Eastern Orthodox Church only comprise a small minority in the country, there are still a handful of Orthodox churches scattered throughout Japan. The oldest of them all is the Hakodate Orthodox Church in Hokkaido, first built in 1860. The structure today is a 1916 reconstruction that was completed after a huge fire destroyed the building 11 years prior. Tourists who have visited the church praise the architecture that stands out among the surrounding environment.

Construction work for earthquake resistance and conservation repairs on the church started in December 2020 and will continue until December 2022. Visitors will be unable to enter the church during this time.

Kiyomizu-dera Temple is arguably one of the most iconic tourist spots in Kyoto. Its main draw are the stunning views inside the temple that overlook hundreds of trees that change colors through the seasons. However, many also visit the temple for its various unique statues and structures such as a stone waterfall whose waters are believed to bring good luck, love, and longevity.

In February 2017, reroofing work commenced on the temple’s Main Hall as the final step of a giant renovation project that started in 2008 and encompassed every inch of the temple. The reroofing work was finished at the end of 2019, and in February 2020, all of the scaffolding was finally taken down so that the temple could be appreciated in all its beauty.

In the years since its initial 1607 construction, Kumamoto Castle has seen and been a pivotal part of many of Kumamoto’s historical events. One of the most recent was the 2016 Kumamoto City earthquake. While a majority of the castle’s structures remained intact, some of the castle’s walls and gates were damaged, including the "Tenshukaku" main castle keep. This forced Kumamoto Castle to close down to the public so that reconstruction efforts could take place.

On April 26, 2021, the castle was reopened to visitors for the first time in five years. Two months later on June 28, 2021, visitors were allowed access into the restored main castle keep interior. Although restoration work for other portions of the castle will continue until 2038, the portion of the castle grounds that is accessible by the public is large enough to keep you preoccupied for a good few hours.

Chubu Electric Power Mirai Tower, formerly known as Nagoya TV Tower, is a landmark that’s made waves in and outside of its home city of Nagoya. The tower is actually the oldest TV tower in Japan – it helped broadcast countless TV programs from 1954 until the end of analog broadcasting in 2011. In fact, it’s even become somewhat of an on-screen star itself: Nagoya Tower was (fictionally) destroyed during the wrath of Godzilla in 1964’s “Mothra vs. Godzilla.”

Due to the height and location of the tower, it is a popular tourist destination for those who want to enjoy good views of Nagoya. In January 2019, the tower closed for seismic isolation repair work and was fully reopened over a year later on September 18, 2020. The renovation work also added a brand new hotel located inside the tower, where guests can relish views of the city from their rooms, in addition to new shops and facilities that have also been installed. As of May 1, 2021, the tower has been officially renamed Chubu Electric Power Mirai Tower.

Take one look at the Western-style architecture of Glover Garden and it becomes easy to surmise that this Nagasaki landmark's origins stem from the Meiji Period (1868-1912). This was when the country opened up to Western influences in art, fashion, trading, and more. In fact, it was this last element that brought the namesake of the park, Thomas Blake Glover, to Japan during the mid-1800s.

The expansive Glover Garden has a total of nine historic buildings housed within its vicinity. One of these is the famous Former Glover House that features a circular patch of flowers, greeting guests with a vibrant variety of colors. In 2019, the city of Nagasaki started a construction project to help preserve it. This included adding seismic reinforcements and repairing the aging exterior walls and roof. Since the conservation work finished in December 2021, tourists have been able to appreciate the historic site in all its splendor.

If the great ukiyo-e painter Hokusai was alive today, he would surely include the view from Arakurayama Sengen Park in his Thirty-six Views of Mount Fuji. The park covers an area of about 4.3 hectares, with more than 600 cherry blossom trees planted all around. There is also the nearby five-story Chureito Pagoda to help complete the view, which has starred in so many beautiful photos that Mt. Fuji almost feels incomplete without it!

While the structures included in the park, such as the Chureito Pagoda, were not under construction, the park’s observation deck was closed between July 2021 to February 1, 2022. The timely reopening of the observation deck means those visiting the park in 2022 were still able to enjoy views of cherry blossoms in the spring.

Plan Carefully to Get the Most Out of Your Trip to Japan!

Whenever you go on a trip, it can be disappointing spending time and money to get somewhere only to find out it’s closed for renovations. A bit of research and checking ahead of time will make sure you won’t ever have to experience that. Luckily, even if you aren't able to visit one of the places listed in this article that are currently under renovation, Japan still has countless other beautiful tourist spots that’ll make for a memorable trip. And when that place you’ve been eyeing up finally reopens, you’ll have a pretty good excuse to plan another visit.