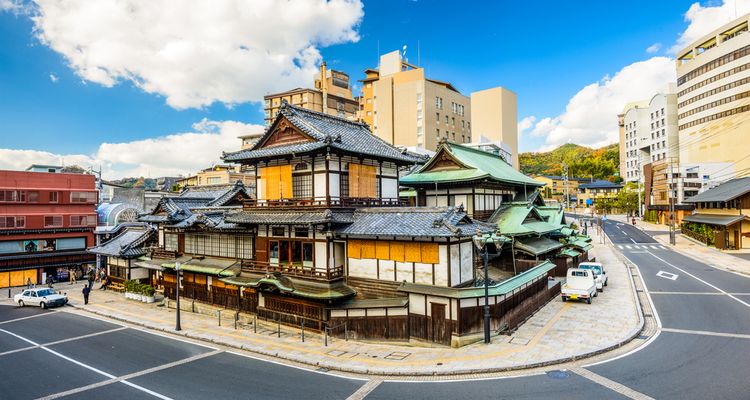 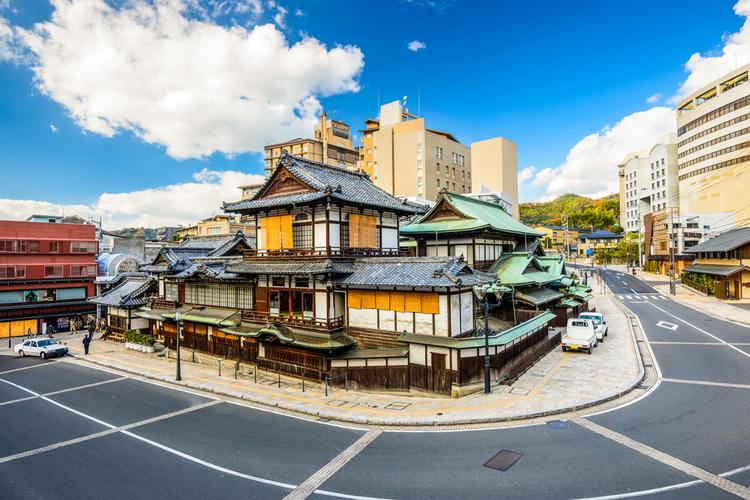 Tired of the main touristy cities? If you’re looking to explore a different side to Japan, Ehime Prefecture in the Shikoku region is a great place to visit. Surrounded by the beautiful Seto Inland Sea, it’s home to not only some of the best seafood eats out there, but also a few of the top castles and shrines in all of Japan, such as Matsuyama Castle. Here are our top 10 places in this prefecture that will increase your love for Japan even more!

Famous Japanese novelist Natsume Soseki's book "Botchan" was set in this hot spring area, which is well known for the sound of drums resonating during designated times of the day. There is a long history behind the area, and it is so famous that it has been written in historical works such as the Manyoshu (oldest existing Japanese poetry book).

This clock is located right in front of the main entrance of Dogo Onsen Station. It is modeled after Dogo Onsen's main building and during the performance hours, you can watch the clock's platform rise while the characters from Botchan come out and move to the light music played in the background. There is also a foot bath right next to it that is used by many tourists.

Mt. Ishizuchi is located in between the towns of Nishijo and Kumakogen in Ehime Prefecture. With a stunning height of 1,982 meters, it is known to be one of Japan's top 100 mountains and one of 7 holy mountains in Japan. Many people travel to this sacred mountain for worship, but it also offers attractions that can be enjoyed in any of the four seasons.

Matsuyama Castle is one of the 12 remaining castles in Japan that still has its original watchtower. It's a prize winning castle, having been selected as one of Japan's top 100 most famous castles in 2006, one of the top 100 beautiful historical sites in Japan in 2007, and the 3rd best Japanese castle to visit in 2017.

If you wish to visit the castle, it is highly recommended to take the scenic route with the ropeway or lift. You'll get to see sights such as the one pictured above! That said, if you have a car, you can also drive all the way to the castle's parking lot.

Saka no Ue no Kumo Museum

This museum celebrates the Meiji era (1868 - 1912), a period of modernization for Japan, as seen through the famous Japanese novel, Saka no Ue no Kumo. You can find many exhibitions detailing how the city changed and the activities that took place for it all to happen. Anyone interested in a bit of history with their travels should visit this place to get a feel for what it might have really been like back in those days!

Located at the foot of Mt. Kasamatsu in Setonaikai National Park, this is one of the world’s first towel museums. It highlights the importance of owning great towels, and visitors get to see the manufacturing process of the cotton used for towels firsthand.

The most famous attraction of this museum is its wall of colorful, wound yarn. Around 200 colors of yarn are used to make towels, and on this wall guests can find 1,800 rolls of said yarn. It's a sight to behold!

Oyamazumi Shrine is one of the country's biggest shrines, with a total of around 10,000 branches all over Japan. In the center of the shrine, there is an ancient holy tree that is over 2,600 years old, the Kusunoki. It became a national monument in 1954. This shrine is worth a visit, even if it's just to see this primeval tree.

It is said that Oyamazumi Shrine's Treasure Hall holds 80% of Japan's national treasures and significant prefectural properties. It exhibits so many items that it actually has three separate viewing areas! You can find displays of armor, helmets, swords, and more.

At 70 kilometers long, Shimanami Kaido's "Cycling Road" is Japan's first road where you can cross the sea by bicycle. Along the journey, there are several beautiful long bridges to cross, whirlpools, and fishing spots where locals hang out. If you don't have a bike, don't worry! There are plenty of shops that rent out bicycles and even motorbikes.

This historic structure faces the Seto Inland Sea. Once known as one of Japan's best seaside castles, it had most of its buildings demolished after the Meiji Restoration (1868 - 1912), leaving only the moat and main parts of the stone walls. Luckily, it became a prefectural historical site in 1953 and underwent reconstruction in 1980, so visitors can now view this enormous castle on the sea in all of its glory!

This is Shikoku's first official tourist train! It started running on July 26th, 2014. People on this train can enjoy the beautiful scenery of the Iyonada Sea and the surrounding nature through the large windows.

The interior of the train is designed around a retro-modern theme. The train staff are extremely attentive, and even better is the food served on board the train - delicious and made from local ingredients.

Shimonada Station in Iyo City of Ehime Prefecture is a train station you want visit at least once in your lifetime. There are no train attendants at the station, and since it is the closest train station to the ocean, one can enjoy breathtaking views of the Seto Inland Sea.

Isaniwa Shrine is said to be one of Japan’s top 3 Hachiman-style* shrines and is recognized nationally as an important cultural property. People flock from all over Japan to view its magnificent appearance, as well as to experience the traditions and formalities of the time it was built. You will feel almost as if you have traveled back in time!

*A traditional Japanese architectural style wherein two parallel structures are connected by a roof, forming one building that, when seen from the side, looks like two buildings.

This villa stands alongside the Hiji River that runs along Ozu City, Ehime Prefecture. Built in the Meiji period by Torajiro Kouchi, a trader and resident of Ozu City, it consists of several smaller buildings spanning an area of over 3,000 square meters.

Leading Japanese architects have given it high praise in the past, comparing its architecture to distinguished villas in Kyoto. It was even published in a French travel guidebook in 2011, and is steadily becoming more well-known globally. This villa is a must-see for architecture fans!

In order to really experience all of Japan, you simply must try exploring the areas of Ehime listed above. If you are the type that loves beautiful sceneries by the ocean or learning more about Japanese history, culture, and architecture, these locations are perfect for you!