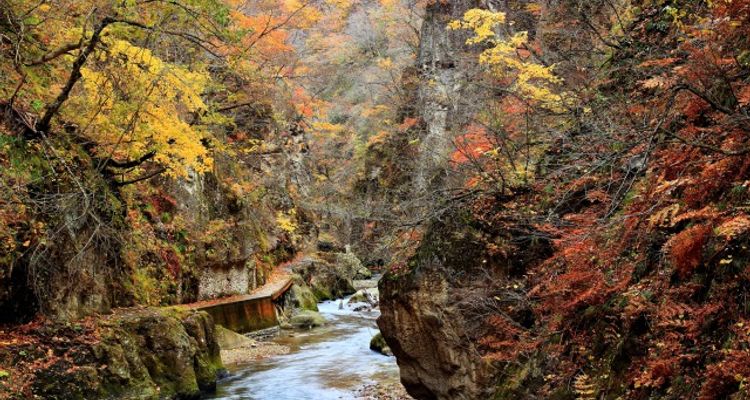 Top 10 Sightseeing Spots in Miyagi Prefecture in the Tohoku Region

Located on the Pacific side of the Tohoku region in northern Japan, Miyagi Prefecture offers many opportunities to explore the beauty of Japanese nature and culture. Apart from the famous Matsushima, one of the most celebrated scenic treasures of Japan, there are historic temples and even chances to meet adorable animals. Here are 10 amazing places to visit in Miyagi!

Located in central Miyagi along the Pacific coast, Matsushima, an archipelago of 260 small islands, is considered to be one of the top three most beautiful landscapes in Japan. Oshima, with its 50 grottos (it is said that there were once 108 of them), and Kabuto-jima, with its shape that resembles a kabuto (traditional headgear for samurai), are two of the most famous islands in Matsushima. A sweeping vista can be enjoyed from Matsushima Castle on the mainland.

Some of the Matsushima islands can be reached by crossing red bridges. An example would be Fuku-ura-jima, which contains a prefectural nature park, that can be accessed via Fuku-ura Bridge. This bridge is also known as the Deai Bridge (the meeting bridge) and is a beloved tourist spot for couples.

The historic Zuigan Temple (Zuigan-ji) was built back in 828 in Matsushima, and the Hondo (main temple) has been designated as an official National Treasure in Japan. In fact, many of the structures on the premises are classified as National Cultural Properties. Its treasure museum features various murals and about 30,000 articles, including historic documents on Matsushima.

Located on a small island around a 5-minute walk from the Hondo, you will find Zuigan-ji Godaido, a designated Nationally Important Cultural Property that was built in 1604. There are also many other National Cultural Properties that can be found in Matsushima.

Mt. Zao (Zao-zan) is one of the top 100 mountains in Japan. At the Katta Peak (Katta-dake), you'll find Okama ("pot" in Japanese), a crater lake that attracts many tourists and is famous for changing its color depending on the weather. Mt. Zao can be climbed on foot, but is also accessible via bus or ropeway gondola.

The mountain is also famous for Juhyo (also called "snow monsters") during the winter, which are spectacular natural formations of frozen pine trees covered in snow. Tourists often flock to the mountain area during winter to get a glimpse of this amazing sight.

Naruko Valley (Naruko-kyo) is a 2.6km long valley located in north-western Miyagi that is one of the most highly regarded spots to enjoy the bright autumn colors. There is a well-equipped hiking trail along the valley, offering a pleasant stroll throughout the whole year and not just during autumn. The highlight is a breathtaking view of a 100-meter drop from Ofukasawa Bridge, which links both sides of the valley.

At the bottom of the valley lies Oya River, and there is a stairway that leads all the way down to the riverbed.

Osaki Hachiman Shrine (Osaki Hachiman-gu), built in 1607, was designated as a National Treasure of Japan in 1952. Brightly colored inside and out, and decorated with sculptures and metal ornaments, the main shrine is truly a striking figure. The shrine is dedicated to a war god, and is thus commonly visited by many sports athletes to pray for victory and good luck. Inside the shrine, you will be able to find numerous ema (wooden plaques on which shrine visitors write their hopes and wishes) written by athletes.

Painted blue on the front and red on the back, these Matsukawa Daruma (seen above) are a signature good luck charm of Osaki Hachimangu Shrine and make a great souvenir item.

Zao Fox Village (Miyagi Zao Kitsune Mura) is a zoo specializing in foxes. There are 6 different types and a total of about 100 foxes that call this place their home. Visitors are allowed to enter the area where the foxes roam freely, and have the chance to see them up close. However, do note that drawstrings or any dangling objects such as key chains should be avoided, as the foxes may mistake them for food and bite at them.

Visitors can also pet some of the foxes! They can even cuddle a fox in their arms by renting a special poncho. In addition, there are petting zoos with rabbits and goats as well.

At 55m in height and 6m in width, Akiu Waterfall (Akiu Otaki) is considered to be one of Japan’s most spectacular waterfalls. It is extremely popular with tourists looking to photograph some dynamic shots of this explosive waterfall. Surrounded by mountains, it has colorful and fresh green scenery during summer, and bright red and gold scenery during autumn.

All visitors to the waterfall will be greeted by the sight of Fudo-chaya, a traditional tea shop that sits directly in front of the waterfall. Its retro atmosphere and delicious sweets are always a hit among the tourists, making this a perfect place for a pit stop!

Located in central Miyagi, Himawari Hills (Himawari no Oka) is a sight to behold from late July to mid-August, with about 42,000 sunflowers blossoming and covering a field that stretches over 6 hectares. Visitors can also try out delicacies such as ice-cream and cookies, all made with sunflowers, at the souvenir shop.

During spring, the field is covered by rapeseed flowers, creating a different kind of spectacle.

Located off the shore of Miyagi to the east, Tashiro Island (Tashiro-jima) is a small island with less than 100 (human) residents that is known as "Cat Paradise". The island was originally famous as a recreational fishing spot, but now many tourists visit the place for its some 130 feline residents.

A long time ago, silk cocoons were produced on this island, and cats played an important role in keeping the mice, natural enemies of cocoons, at bay. Due to this, they were deeply appreciated and treated with respect. A special shrine was also built to honor deceased cats.

*Please do not feed the feral cats, as they may turn aggressive to strangers who try to approach them. Each of them has their own friends and enemies among the island residents, and are highly wary of strangers. Do be careful.

Katanuma Lake is known for its highly acidic water, said to be one of the most acidic in the world. As a result, no fish can be found in the lake. The colors of the water vary depending on the climate, from emerald green to deep blue. Visitors can enjoy boat rides during the summer as well.

A footpath goes all the way around the lake, and the colors here are particularly enchanting during autumn.

These are some of the top picks to visit in Miyagi Prefecture. This area is teeming with interesting places to explore throughout the year, be it meeting animals or visiting various shrines. In Miyagi, there is always something new to discover!