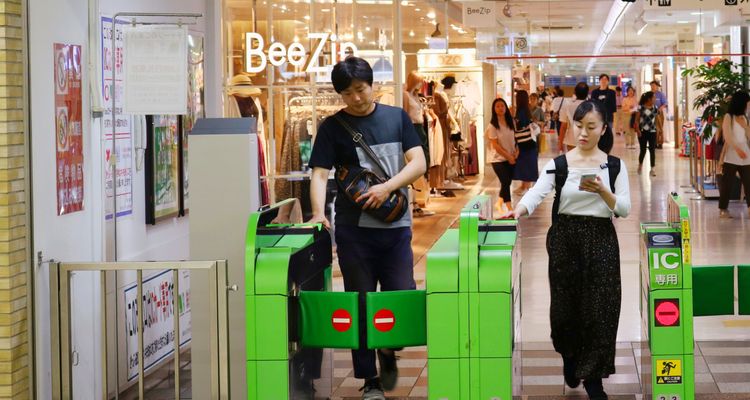 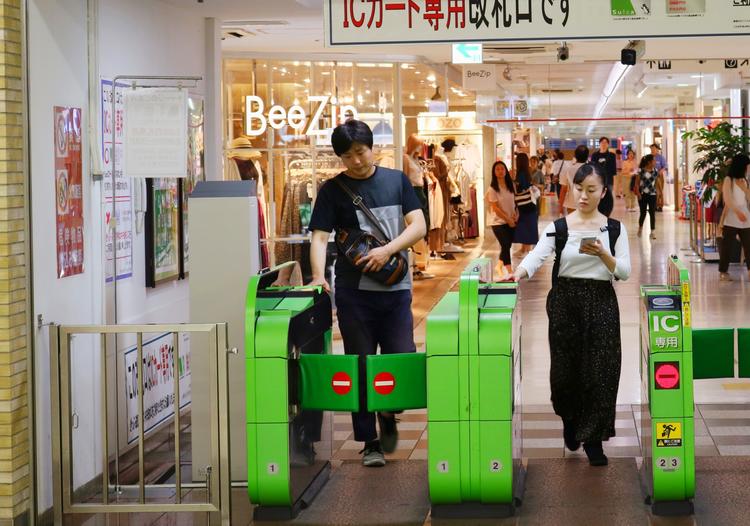 Japanese IC Cards Are Not Just for Train Travel! Everything You Need to Know About Suica, Pasmo, and More

So you’re planning a trip abroad in Japan and heard about the excellent train system, but are uncertain how to ride the rails effectively. Opting for the JR Pass is a great idea, but it can be a bit expensive for some people, and the maximum amount of time for use is 21 days. Surely there must be another convenient option for transportation. Enter the IC card, a quick and easy way to access public transport in most major cities across Japan. Today we will be looking into what kinds of IC cards there are, how to get one, and its other uses outside train travel.

What Are IC Cards?

“Integrated Circuit” cards or “Smart Cards” are becoming more and more common across the globe, and whether you are familiar with the term or not, you probably carry a few around with you daily, as IC chips can be found in many credit cards nowadays. IC cards can perform a number of functions from identification to computer security, but today we will be focusing on the Japanese IC cards for riding transportation such as trains, subways, and buses.

How to Use a Japanese IC Card

IC cards in Japan are touchless, so all you need to do is hover the card over the IC reader and you are good to go. The machine will make a beep and display the remaining balance on the card. These IC readers and the display are present on the right-hand side of ticket gates in train stations and next to the driver at the entrance of buses.

To read up more on riding trains in Japan, please have a look at the following article highlighting dos and don'ts on your Japanese commute.

Buying and Charging Your IC Card

Purchasing your very own Japanese IC card is very straightforward, as you can get your hands on an IC card at specific ticket machines in most major train stations. At JR stations, the machine will have a black display above the machine with the word “Suica” on the left-hand side. The initial deposit for a Suica card is 500 yen, and some cards require you to charge a minimum of 1500 yen with the initial transaction.

It is possible to get your deposit back by returning the card later to the station manager at a service counter, but some of the IC cards actually charge a return handling fee of about 200 yen, so it might just be better to hang on to it.

Charging the card is easy as well; you just need to insert the IC card into a ticket machine and add a balance (the maximum amount a card can hold is 20,000 yen). The type of ticket machine does not have to be the same kind as the one you purchased the card from originally, and generally, major IC cards can be charged at each other’s machines. For example, cards from the East Japan region can be charged in the West Japan region.

How Many Kinds of IC Cards are There in Japan?

The short answer to this question is “many.” There are numerous IC cards across Japan for various rail companies, but today we will focus on the 10 major cards that can basically be used interchangeably with one another with some small differences to each.

Suica stands for "Super Urban Intelligent Card," and as a bacronym means “watermelon” in Japanese, thus the green coloring. Suica is the IC card for the JR East region and will be the one you can pick up if you are visiting the Tokyo area. As of September 2019, there is a special “Welcome Suica” card specifically for tourists that can be used for 28 days and has no deposit fee but all of the same functions as a normal Suica card, with some discount fare capabilities too.

You can get your hands on a Welcome Suica in both Narita and Haneda Airport stations at special Welcome Suica card machines, in addition to being able to get one at major stations in the Tokyo Metropolitan area at JR EAST Travel Service Centers.

Pasmo is the IC card of the Tokyo Subway system. Originally, Pasmo was exclusive to subway and bus use, while Suica was only for JR trains before the cards' functions merged to become interchangeable. Pasmo also offers a special IC card for tourists called the Pasmo Passport, which is valid for four weeks and has no deposit fee. It can also be purchased at Narita or Haneda Airport and at the commuter pass sales counter of various major Tokyo Metro stations. It costs 2000 yen (500 yen deposit included).

Icoca is the JR West IC card for the Kansai area. The special tourist version of this card is called the Kansai One Pass and offers some discounts on Kansai area attractions, such as a 20% discount on entrance to Himeji Castle or a free postcard at the Kyoto International Manga Museum, among others. The Kansai One Pass costs 3000 yen initially (500 yen deposit included), but unlike its cousins in the East, has no expiration date, so you can use it again and again. It is available for purchase at Kansai Airport station and at major stations in Kyoto, Osaka, and Kobe.

Pitapa is the Kansai equivalent of Pasmo, offered by the subway and non-JR lines in the area. It is a postpaid card and must be linked to a Japanese bank account, so it is not available to those residing outside of Japan.

Toica is the JR Central IC card for Nagoya and parts of Shizuoka, while Manaca is Nagoya’s subway system IC card. These cards are interesting as you can ride a train even if the card has a 0 yen balance, but you must recharge the card before exiting your target station.

Kitaca is the IC card for JR Hokkaido and can be used on all transport in the greater Sapporo area. To ride, you must have at least the minimum fare amount on your card.

As mentioned above, all of these cards can be used in any of the specified areas; however, there are some limitations, such as in the case of traveling outside of one area to another (you will need to see a station agent who will give you a receipt that you must hold on to in order to reactivate your card in the original region) or when traveling over 200km (such as in the case of ICOCA). Some people make a collection out of these regional IC cards, and indeed, they can make for unique souvenirs of your trips throughout Japan. For more useful tips on traveling Japan by train, please give the following article a read.

IC Cards for Shopping and Other Uses

Although IC cards are probably used most often to ride the train, they are able to provide fast and convenient transactions in many other sectors as well.

One big time saver that IC cards can afford you is their use at vending machines on train platforms. Imagine this scenario: you’ve run for a connecting train and make it to the platform to see the train in the distance approaching the station, only to realize that you are now parched from all the running around you’ve done. Spotting a vending machine close by, you select the drink item you desire and tap your IC card. Your drink comes tumbling out and the train hasn’t even fully stopped yet. How convenient!

Using IC cards for shopping doesn’t end there though, as most major convenience stores around Japan accept IC cards as a form of payment now, and even a number of sitdown restaurants allow you to use IC cards as a method of payment.

Furthermore, you can use your IC card to pay for using lockers inside train stations, which is very convenient indeed, as often times they only accept 100 and 500 yen coins for cash payment. Having said this, not all coin lockers come equipped with IC card readers, so take advantage of the ones you come across.

Even if you are only going to be visiting Japan for a short amount of time, purchasing an IC card is certainly worth it as it can make getting around and small purchases quick and easy. No need to deal with unfamiliar coins and waste time at check-out counters—just charge up your IC card when you arrive and explore Japan in freedom!

And what to do with your IC card once your trip to Japan is over? Well, as mentioned above, it’s possible to return the card to receive your 500 yen deposit back, but it might be worth holding on to the card as a souvenir, especially if you plan to return again to Japan, as the classic IC cards will remain valid as long as they are used once every 10 years!

If you’d like to learn even more about IC cards and the new point system for Suica and Pasmo, please have a look at this article. And if you are curious about the world-famous bullet trains in Japan, please jump over to this article.