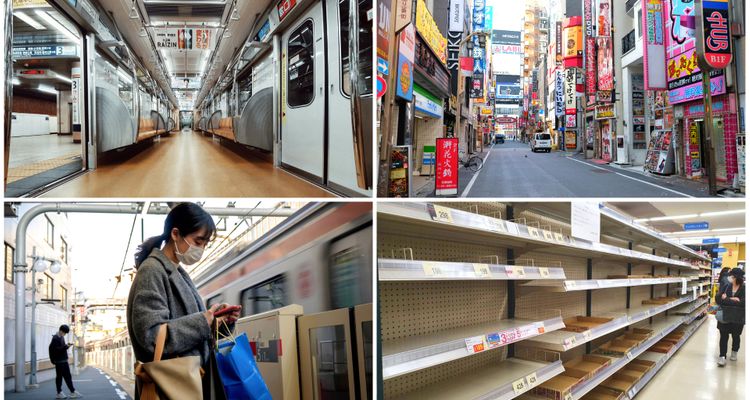 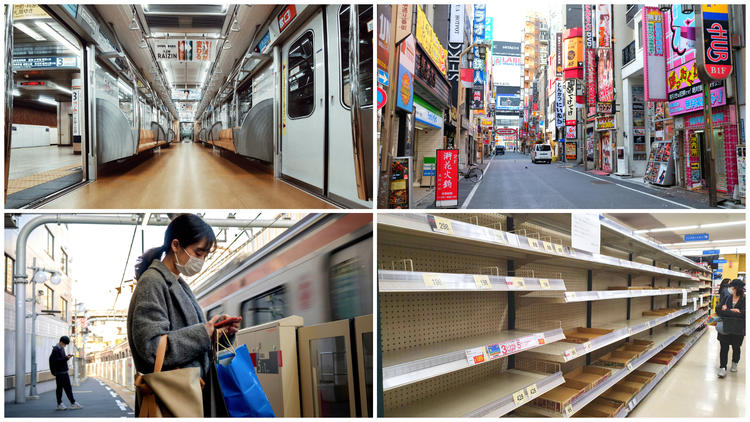 State of Emergency in Japan: Everything You Need to Know About It

On Tuesday, April 7th, 2020, Japan's prime minister officially declared a state of emergency. Although this has been expected for some time now, regular citizens and tourists may still have some questions about what this declaration actually means in practice. This article will try to clear up any confusion about the current state of affairs in Japan as well as how it affects you. [Edit 5/15/2020: On Thursday, May 14, Prime Minister Abe lifted the state of emergency for 39 of Japan's 47 prefectures. Tokyo, Chiba, Kanagawa, Saitama, Kyoto, Osaka, Hyogo, and Hokkaido will remain in a state of emergency for the time being.]

What’s Happening, Exactly? What You Need to Know About the State of Emergency in Japan

With hundreds of new cases of COVID-19 being confirmed daily across Japan this week (bringing the total number to nearly 5,000 nationwide), Japanese Prime Minister Shinzo Abe called the coronavirus pandemic "the biggest crisis that the country has faced since World War II". And so on April 7, under the Revised New Influenza Special Measures Law Article 32(1), the government imposed a state of emergency intended to curb the spread of the virus.

[Edit 5/15/2020: The government has been monitoring the situation and as of May 14th, 2020, has decided to lift the state of emergency for 39 of Japan's 47 prefectures, excluding Tokyo, Kanagawa, Chiba, Saitama, Kyoto, Osaka, Hyogo, and Hokkaido.] The state of emergency was made nationwide on April 16th through May 5th to minimize inter-prefecture travel during Golden Week, a string of national holidays in which residents would normally travel all over the country. During this time the governors of each prefecture had the power to request citizens to self-isolate and only leave their homes for essential tasks. As the PM put it at the time of declaration, it was an attempt to “change people’s behavior” and get them to cut interactions with each other by 70-80%.

However, the state of emergency in Japan is NOT is a mandated lock-down order like the ones issued in many of the hardest-hit countries around the world. In fact, while PM Abe has asked people to take this seriously, there will be absolutely no legal repercussions for ignoring the directive as even under a state of emergency, Japanese law forbids governors from restricting people’s movements and other freedoms. Tokyo governor Yuriko Koike has asked to be granted special powers to legally impose curfews and the like, but for now, complying with the state of emergency announcement is entirely voluntary.

Which Businesses/Institutions Will Be Affected?

Though the government is asking businesses to take proper infection control measures, the actual implementation of such measures is up to individual companies. What is certain is that essential businesses including supermarkets, convenience stores, banks, post offices, and drugstores will remain open. Non-essential businesses are not required to close, but already we are seeing major businesses close down for the foreseeable future, including the nationwide karaoke chain Big Echo, the famous shopping complex Shibuya 109, and the world-renowned coffee chain Starbucks.

The governors will also be able to ask schools, universities, cinemas, or music venues to shut down for the month, but will not be able to punish any of them for not complying other than publicizing their name in order to shame them. Crucial services such as electricity, gas, and water will continue without interruption.

What Does the State of Emergency Mean for Tourists?

Tourists under the state of emergency are asked to avoid travel as much as possible. However, buses, trains, and other modes of public transportation will mostly unaffected and continue to operate as normal. The Prime Minister assured people that the government will not impose any restrictions on trains, though some rail companies may limit their schedules of their own volition, so please check your local operator’s homepage for news.

Airlines, however, have already reduced the number of flights due to low demand and it's possible that even more will be cut as the situation worsens. Although the PM stated that the government will not limit the operations of airlines, lack of demand is already doing the job. With this in mind, anyone with a planned April or May flight to or from Japan should check with their airline for the latest news.

As far as food shortages are concerned, the Japanese Minister of Agriculture, Forestry and Fisheries, has assured people that shops will continue to be stocked, so there is no reason to start hoarding food. In a worst-case scenario, the state of emergency will allow the government to force manufacturers to sell food directly to them so that they can distribute it to the areas that need it the most, but there is very little chance of it coming to that.

What Should You Expect to Happen in Japan in the Near Future?

Although very little about the state of emergency is legally-binding, we can expect many shops, venues, and businesses to temporarily shut down to help stop the spread of the coronavirus in Japan. Many public events have already been postponed or canceled. Similarly, we will most likely see fewer and fewer people outside as the population decides to self-isolate, even without technically being forced to. If you're in one of the affected prefectures, we highly recommend you check our guide on how to stay safe in Japan amidst the coronavirus situation so that you can keep yourself safe.

The state of emergency being declared means that the situation is reaching a peak in Japan. We highly encourage all readers to follow the imperatives requested in the state of emergency announcement if they are currently or will soon be in Japan, both for their safety and the well-being of others. Together, we can make it through this crisis.

[Edit 5/15/2020: Tokyo, Chiba, Kanagawa, Saitama, Kyoto, Osaka, Hyogo, and Hokkaido prefectures will remain under a state of emergency unless they meet certain criteria. These are: the rate of infection, the medical care provision system, and the creation of a testing system. For the rate of infection, the prefecture must report fewer new cases per week than the previous week, and they must have an infection rate of 0.5 per 100,000 people in the most recent week.

The rate of infections being reported have decreased in major cities such as Tokyo and Osaka, but even so, people are asked to continue to avoid crowded places, closed spaces, and close-contact settings, and refrain from crossing prefectural borders until May 31st. While the number of people going out for recreational reasons has rapidly decreased, we still recommend remaining vigilant in social distancing and not venturing out unless absolutely necessary.]