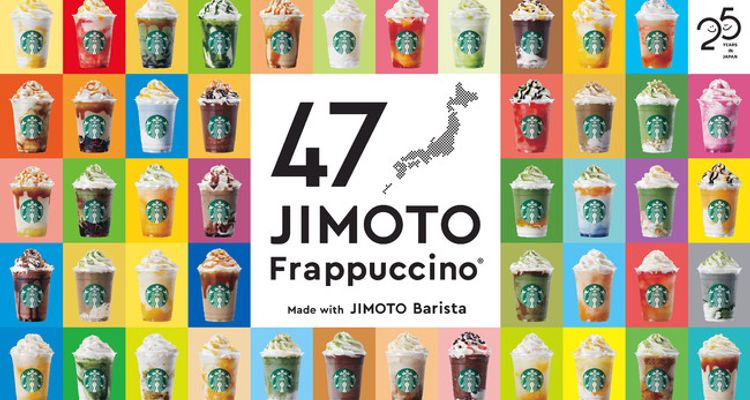 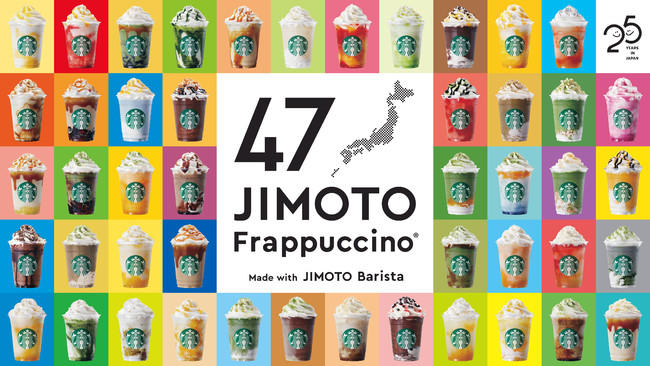 To celebrate the 25th anniversary of Starbucks in Japan, the popular coffee chain has introduced 47 limited-time frappuccino flavors under the name "47 JIMOTO." Each flavor represents a different Japanese prefecture and was created by getting input from the locals. The drinks range from rich and creamy, to refreshing and fruity, to earthy tea flavors.

Starbucks opened its first branch in Japan in Ginza, Tokyo in 1996. To celebrate the quarter-century anniversary of the coffee chain being in Japan, 47 celebratory frappuccino flavors have been announced, one for each prefecture. The name of this frappuccino event is "47 JIMOTO," with 47 being the number of prefectures in Japan and "jimoto" translating to "local" or "hometown."

The flavors range from the fun to the funky, but most of the prefectures have flavors that are perfectly representative of the foods and treats they're famous for. While certain prefectures have rather standard (yet delicious) flavors such as Tokyo's "Coffee Jelly Caramel," other prefectures stand true to local flavors. For example, Okinawa's flavor is the "Chinsuko Vanilla Caramel Frappuccino," utilizing chinsuko, a traditional Okinawan treat that is similar to a buttery cookie or biscuit.

Not all of the flavors are rich or creamy, as certain prefectures have refreshing fruit-based flavorsーYamanashi, famous for its grapes, has the "Grape White Chocolate Cream Frappuccino," and Hiroshima, the top lemon producer in Japan, has the "Setouchi Lemon and Citrus Frappucino."

If you're curious about all the different flavors available across the country, you can find the prefectures and their respective flavors on the Starbucks Official Site (Japanese only). These 47 special frappuccino flavors will be available from June 30 to August 3, 2021 (or until supplies run out) at select shops across the country, and flavors can only be found in shops in the respective prefectures. Will you partake in the daring cross-country excursion in search of all 47 flavors?