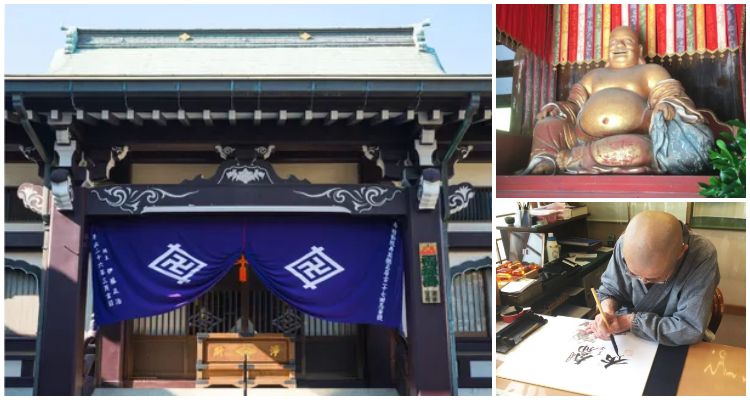 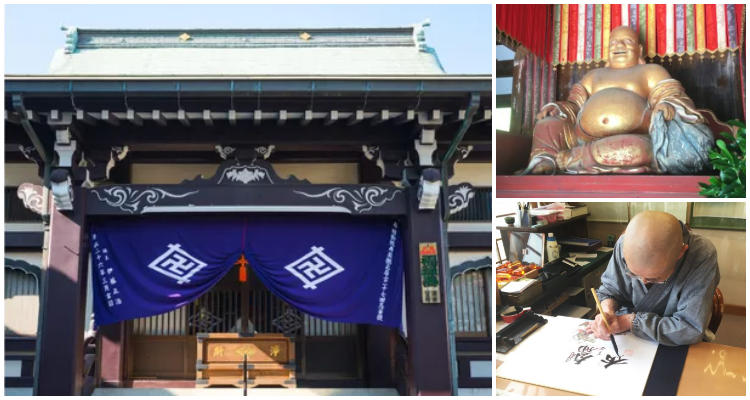 The Miyako Shichifukujin (Seven Lucky Gods Pilgrimage) is a popular pilgrimage in Kyoto that anyone can complete during a holiday to Japan. To do it, you need to visit the seven shrines and temples of the Seven Lucky Gods and collect a special calligraphy stamp for the deity enshrined at each stop. The stamps are called "gohoin," and collecting all seven is said to bring blessings and happiness. In this series, local college students take you on a journey through the Miyako Shichifukujin pilgrimage and report on all the must-see sites at each location! In part two, we visit the Manpuku-ji Temple!

What Is Manpuku-ji Temple?

Located in Uji, Kyoto, the Manpuku-ji Temple is the head temple (or daihonzan) of the Obaku-shu sect; as such, the temple is formally referred to as the Obaku-shu Daihonzan Manpuku-ji. This is one of the three major schools of Zen in Japanese Buddhism alongside the Rinzai-shu sect and the Soto-shu sect. The temple was founded in 1661 by Ingen Ryuki, a visiting monk from Fujian, China. Because of this, the cultural aspect of Manpuku-ji is heavily influenced by the late Ming Dynasty of China (1368 - 1644). The temple structures are acclaimed for the distinct Chinese architectural style called the "Obaku-yo" (Obaku-style).

For example, the above banister pattern is done in the manji-kuzushi style, which is very rare in Japanese architecture.

The ceiling structure pictured above is also very unique compared to that of the typical Japanese temple. The rafters are placed in an arch to resemble the body of a snake, an architectural style known as "Obaku-tenjo" (Obaku ceiling). All throughout the precinct, you'll see many other extraordinary designs like these, which are less common in Japanese-style temples.

Enshrined in the Tenno-den Hall, which is considered as the entrance hall to the Manpuku-ji Temple, is the statue of Hotei-son, one of the Seven Lucky Gods.

Hotei-son is said to be a Chinese monk who actually existed by the name of Kaishi. Characterized by his pot-bellied figure, Hotei is believed to have been a fortune teller, predicting the weather and the future while wandering around town.

When traveling from region to region, Hotei-son would offer salvation to many people, providing materially for those in need as well as offering knowledge and wisdom. When he received a gift as a token of gratitude, he would put it in his sack and carry on with his journey. The sack increased in size as he continued his deeds, and he would always be seen traveling with this bulging sack. This is why his name, which is written in Japanese as "布袋," translates to "cloth sack."

Because of his charitable deeds and bestowing of knowledge, Hotei-son is considered to be a deity of good fortune.

Moreover, in China, he is occasionally seen as the incarnation of Miroku Bosatsu (or Maitreya). Miroku is the bodhisattva who, it is believed, will appear on Earth 5.67 billion years after the Buddha's nirvana to save all living things.

The origin of this belief is uncertain, but one theory is that Hotei's compassionate personality matched that of Miroku. Another assumption is that the way Hotei provided for the poor and needy during his pilgrimage was perceived as the exact image of Miroku Bosatsu.

Inside the temple's Tenno-den Hall, just off on the side of the Hotei-son, you'll see rows of hanging sacks called "Hotei Bukuro" (Hotei Sacks). These are ornaments used to pray for your wishes. Each color of the sack represents the type of wish to be made: green is for health and longevity, yellow is for travel and household safety, red is for romantic and academic success, white is for economic fortune and a successful business, and black is for protection against evil and recovery from illness. Once you have decided on a wish, write it on a piece of paper with your name, put the paper in the sack color of your choice, hang the sack on the hook, and offer 500 yen as a contribution into the offertory box. Then you're all set!

Highlights of the Grounds

What is also significant about Manpuku-ji Temple is that its layout is true to its original design from when it was founded. The 23 main structures including the Sanmon, the Tenno-den Hall, and the Daioho-den Hall, as well as some of the corridors, have been designated as Important Cultural Properties of Japan. The image above is the splendid Daioho-den Hall.

The two instruments hanging in front of the Sai-do Hall, the monks' dining hall, are a sight to behold. The one shaped like a fish is called the Kaipan and the other cloud-shaped one is called the Unban. These instruments are struck to alert the monks to events such as prayer services in the main temple as well as the meal times.

These are only a few of the highlights of the many more sites of interest that Manpuku-ji Temple has to offer. You can try the Japanese or English audio guide provided throughout the precinct for your convenience.

After you have finished your tour of the temple grounds and offered your prayers, it's time to get that Gohoin stamp! The stamp office is located at the rear of the Sai-do Hall. Submit your shikishi (or dai-gofu), a decorative cardboard which serves as a good-luck piece, to the person at the desk and your shikishi will be signed and stamped as you watch.

This is what the Gohoin stamps look like. The word "布袋尊 (Hotei-son)" is written on the left of "寿老神 (Juro-jin)," which was stamped at the previous visit.

Do check out the shop next to the stamp office! Here you will find all kinds of goods, from Manpuku-ji Temple's original stamp book (1,200 yen), to various good-luck amulets such as the handmade Fukubako Hotei Mamori Amulet ("Hotei's Good Luck Box"; 550 yen), Hotei-son Amulet (500 yen), and the Idaten Amulet (500 yen), which is said to be effective for all things related to running.

Another point to add to the appeal of Manpuku-ji Temple, besides being able to tour the magnificent precincts, is that the visitors are welcome to enjoy the culinary experience of fucha cuisine. Fucha cuisine is a form of shojin cuisine (Zen Buddhist vegetarian cuisine) brought from China by Zen master Ingen Zenshi. The word "fucha" means "to offer tea to all the people," which is based on the idea that one must show hospitality to all guests, without any difference to their purpose of visit or their social class.

What sets fucha cuisine apart from typical shojin cuisine is that it is eaten Chinese-style. The guests are seated around the table, without any regard for rank, to eat dishes that are high in protein and low in calories. Fucha cuisine is recommended for those who feel that regular shojin cuisine is a bit bland. It is also great for vegans, since the dishes are made without meat or eggs.

That's a wrap for the second round of our pilgrimage! Manpuku-ji Temple also offers a 60-minute Zen meditation experience (1,000 yen). If any of these sites and activities pique your interest, do visit the temple and see for yourself. The next stop will feature the To-ji Temple, which enshrines Bishamonten.