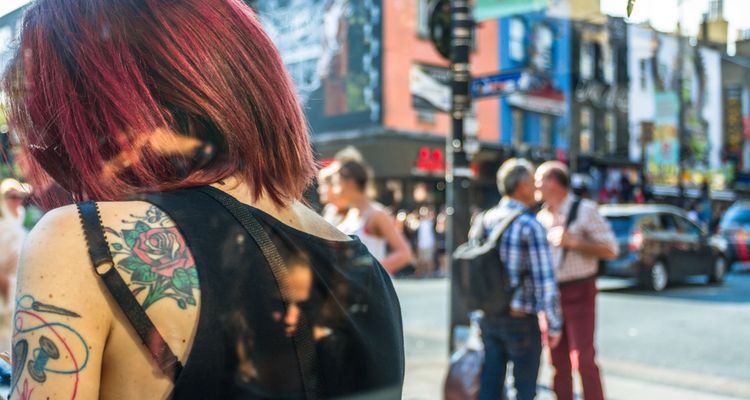 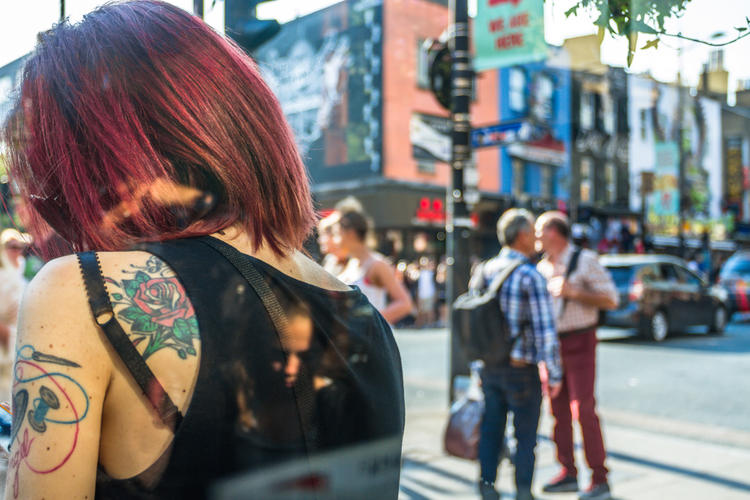 All You Need to Know About Tattoos in Japan

The relationship between tattoos and Japan is very rocky. The country has been known to be less welcoming than many others when it comes to visitors with inked skin, but in recent times things are changing. The common misassumption about tattoos is that it represents yakuza (Japanese mob) connections, but in fact, that's not the case. Japan’s relationship with tattoos is one that’s been part of the nation’s history since the beginning of recorded time - it's more than just skin-deep.

A Pre-History of Tattoos in Japan

Japan’s relationship with the tattoo dates back to the Jomon period (14,000 - 300 BCE). The first records of tattooing in Japan were discovered to be around 5000 BC. Historians found famous clay figures from the era with faces and bodies adorned with tattoo imprints or scarification.

The nation’s tattoo culture was first recorded in written form around 300 AD. In a text titled History of the Chinese Dynasties, it was reported that Japanese men covered their faces and bodies with tattoos.

The first record of tattoos being used in Japan as punishment was in 720 AD. Criminals who committed the most serious offenses would have their foreheads tattooed for civilians to witness the severity of their crimes. This technique evolved over time but continued to be a mark of a criminal.

During the Edo period (1603 - 1868), tattoos started to emerge as a fashion statement in part inspired by the Chinese novel Suikoden (Water Margin), which features characters with bodies covered in ink. This point in time was considered the nation’s golden age of tattooing.

It was a time when many forms of art flourished, like kabuki, ukiyo-e painting, woodblock printing, and tattooing. All of these creative outlets cross-pollinated, with one form inspiring another. It is said that at this time, many woodblock artists converted their prints into a tattoo style so that fans could become become part of the art. During this time, both woodblock painters and tattoo artists adopted the term hori (to carve) as a way to explain their work.

The Outlawing of Tattoos

Rulers of the Edo period tried to ban tattoos, largely due to its association with the tale of Suikoden. In the story, the heroes are the underdogs; they were tattooed men who challenged the suffocating rule of authority. This ideology didn’t sit well with the figures behind the military dictatorship that ruled the Edo era.

The influence of Western culture in the 19th century was the next significant turning point for tattooing in Japan. While other parts of Asia were succumbing to colonization, the Japanese government at the time outlawed tattooing. They feared it might make the nation seem barbaric or backward in comparison to its Western counterparts.

The laws against tattooing at this time were reportedly held much stronger in the areas of Hokkaido and Okinawa, regions more susceptible to invasion. They were also areas where female tribal style tattooing was culturally ingrained. On the other hand, the laws were more relaxed on mainland Japan, and despite the lax enforcement, they still succeeded in pushing the culture underground. The laws remained until 1948 when U.S. occupation forces lifted the ban.

Following the tattoo ban lifting in 1948 came the popularity of yakuza films, most notably during the 1960s.

Rather than a direct cause and effect, the tattoo and yakuza culture, although nuanced, spread in an art-imitating-life type fashion. Young wannabes, bad boys, and aspiring mob members saw the heavily inked bodies of their on-screen heroes in violent films like "Showa zankyo-den" (Brutal Tales of Chivalry, 1965). This influence of tattoos in the narrative history of Japan is one of the reasons many folks of the baby boomer generation believe that tattoos mean bad news.

While it's changing at the moment, given the depth and breadth of the tumultuous history the nation has had with tattoos, the hesitation around them seems more understandable.

How Common Are Tattoos in Japan?

As Japan has become a more globalized nation, the popularity of tattoos solely for fashion has grown as well. While no exact numbers on exactly how many inked people there are in Japan are available, there are plenty of tattoo parlors across the capital cities.

To get a better idea of how much of the population might be inked, head to one of the more popular beaches outside Tokyo in Chiba, Hayama, or Enoshima and you may just be surprised! As the nation gets ready for the Tokyo 2020 Olympics and the Rugby World Cup, you can expect the country’s exposure to and subsequent popularity of tattoos to increase.

Each year on the third week of May, Tokyo hosts Sanja Matsuri, a massive celebration set around the most iconic temple in the city, Sensoji. It’s also one of the biggest showcases of tattoos in the nation.

During the festival celebrations, inked patrons proudly brandish their traditional Japanese style tattoos. Most of the tattoos you’ll see cover large parts of the wearer’s body, from the shoulders down to the ankles and knees. While these styles of tattoos are commonly associated with yakuza affiliates, this event is simply a showcase of the delicate artisanship that goes into these intricate designs.

A question many tattooed travelers have when coming to Japan is, "Do I have to cover my tattoos?" The short answer to this is "sometimes."

Many onsen baths still don't allow patrons to use the facilities with exposed tattoos. If you have a smaller tattoo that is easily covered by a bandage or plaster, this is typically allowed, but it's always best to check ahead to avoid any problems. If you have larger tattoos and you desperately want to try an onsen, then go to an explicitly tattoo-friendly one. There's a list of such places on this website. We also have a guide on tattoo-friendly baths here.

While some may argue that this ideology is archaic and unfair, many businesses of this type don't want to upset their regular - typically older - clientele. Unlike other countries where tattoos of all types are simply fashion statements, tattoos - especially larger ones - are still commonly associated with the yakuza and other "bad" organizations in Japan. In fact, there are two different words used to describe tattoos in Japan: "tattoo", which refers to smaller tattoos done as a way to express oneself, and "irezumi", which refers to larger tattoos often done by the yakuza.

Amusement parks may also turn you away for any tattoos that are deemed inappropriate. Some beaches and public swimming pools may prohibit tattoos as well, but there’s no blanket rule. It varies from location to location, so it’s best to Google before you go. In general, however, beaches are usually more lenient than swimming pools.

One of the best tips for tattooed travelers is to use online resources to scope the situation. If English speaking patrons have visited a place and tattoos weren’t allowed, chances are someone would have left a review warning others.

The Tattoo Friendly site is also an excellent source of information for those who want to visit a bath. Bring plasters with you to cover up if need be; it’ll save you time having to go out and buy some. Alternatively, you can visit an onsen with a private bath, then you’ll have nobody to offend!

Also, if you plan on staying in a ryokan (traditional Japanese inn), it’s worth checking their tattoo policy before you book. Many of these establishments are still hesitant about allowing tattooed guests. Many ryokans have public baths, so hiding tattoos can be difficult.

In general, cover the tattoos as much as you can without feeling too uncomfortable. It’s clear you’re not part of some criminal gang, and given the upcoming major international events, it’s an unavoidable reality that more people will be exposed to tattooed guests. As long as you’re friendly and polite, you shouldn't worry about it too much. In fact, you just may change the attitude of some more old-fashioned locals who hold negative images of tattoos!

And What Exactly Do Japanese People Think About Tattoos?

The question of what Japanese people think of tattoos today is one that comes up often but has no clear answer. Older folks - those of the baby boomer generation - may have a level of prejudice against tattoos due to the history of yakuza films and to holding more conservative values in general. Regardless, the country is seeing signs of changing, and although there’s always going to be resistance to change, it's undeniable that there is a growing trend of acceptance towards tattoos that is likely to continue to spread in the coming years.