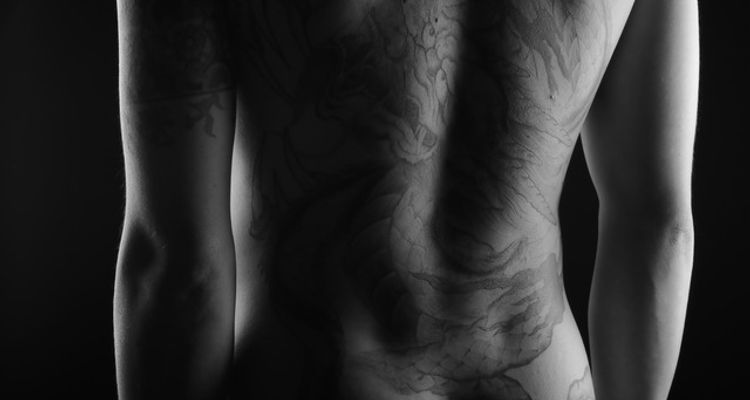 17 Facts You Probably Didn't Know About Tattoos In Japan

what's it like having tatoos in Japan? Is it widely accepted, or shunned? Are there any popular designs? Here are 17 facts about tattoos in Japan to enlighten you on this topic!

These words do have different delicate shades of meaning, but they all generally mean tattoo. In the public media, like the news on TV or in magazines, it is proper to say irezumi when meaning tattoos.

2. The word irezumi (刺青) can be also read as shisei. This way of reading was spread from the novel "Shisei" that Junichirou Tanizaki published in 1910. Junichirou Tanizaki is a Japanese novelist who is one of the early pioneers of the aestheticism movement. In the novel "Shisei", a tattoo artist, a man, tattoos a female spider on a woman with the most perfect skin he has ever seen. This novel became so popular that the Chinese characters of shisei (刺青) were read as Irezumi, meaning tattoo.

3. There is a distinction between Western and Japanese tattoos. Japanese tattoos that have Japanese designs are called wabori (和彫り). Western tattoos that have western designs are called youbori (洋彫り). It is not a distinction between tattooing techniques. For example, the tattoo in the image above is youbori, and the tattoo in the image below is wabori. I'll mention more about tattoo designs in detail later on. 4. In the Edo period, criminals were punished with tattoos.

Tattoos were written on their bodies to show what they had done to others. The population started to rise in cities during the Edo period, and the government started to use tattoos to distinguish the criminals.

5. Yuujyo (遊女) used tattoos to show their devotion to their regular customers. Yuujyo were sex workers in the Edo period. They used tattoos to show their romantic devotion to their regular customers. These tattoos, called irezumiko (入墨子), started with the customer's name, and ended with inochi (命), meaning life. In total, the tattoo meant "I devote my life to (customer's name)". This display of devotion was taken in other forms such as cutting pieces of the hair, peeling off their finger nails, and even cutting off part of their fingers! By tattooing these designs, Buddhist priests showed their devotion and also to receive spiritual protection from Buddhist deities. In an old tale, Miminashi Houichi (耳なし芳一), this culture can be observed. Miminashi Houichi is about a priest who encounters an evil spirit, and attempts to fight it away by writing sutras all over his body. But since he didn't write it on his ears, the spirit took away his ears. Eek!

7. Tattoos started to become illegal in the Meiji period.

This law started in 1872, and was effective until 1948. Even during this time, the technique was highly praised overseas, and it is said that prince George and prince Albert of England were tattooed in Japan. The Ryukyu Kingdom is a part of land of what is now called Okinawa. There thrived a completely different culture. Hajichi is a part of that culture. These tattoos were only done to women, and on their hands. It was done for protection against evil things.

9. Ainu had a tattoo culture.

Ainu are the aboriginal tribe that lived in parts of the land of what is now called Hokkaido. Grown woman tattooed around their mouths and hands. This culture is still practiced now in Ainu rituals, where woman paint black around their mouth.

10. Nowadays, tattoos are recognized by society in 2 categories: fashion and Yakuza. Fashion tattoos are basically what tattoos are in the West: a way to express yourself, a form of art using your body, fashion, and so on. There is another tattoo culture that is rooted deeply in Japan today: the Japanese mafia, Yakuza.

11. Having a tattoo in the Yakuza culture means loyalty to the organization and entering the antisocial forces. Tattoos, especially ones that cover a large part of the body, as shown in the image above, demand patience, time, money, and involve a lot of pain. By enduring this process, the person will show their loyalty and devotion to their organization, and show to others that they have become a member of the organization.

12. Tattoos hold stigma within the Japanese society from the image of Yakuza. If you have a tattoo, regardless of whether you're part of the Yakuza, even if it's just a small tattoo of a butterfly, you will experience some hardship within your life. The equation of tattoo = Yakuza is deeply scorched into the Japanese society. It'll be harder to get jobs in famous companies, law enforcement, government jobs, and so on. Some job applicants state in their applications to not apply if you have tattoos.

13. A lot of public baths prohibit people with tattoos from using their facilities. Again, another stigma from the Yakuza reflected in the Japanese society. If people with tattoos use the public baths, they can be legally charged for invasion of buildings. However, Hoshino Resorts, a famous high-class resort company, announced that customers with tattoos can use their baths if they hide them with stickers. (source article in Japanese)

14. You need a medical license to tattoo someone in Japan. The process of tattooing requires a lot of medical attention. Without the right attention and aftercare, tattooing can end up in inflammation, scarring, and even transmitting diseases. Therefore, it is necessary for the tattoo artist to have a medical license.

15. You can get arrested if you tattoo a minor.

The nationwide legal age in Japan is 20. Under the Anti-Organized Crime law, it is against the law for a member of an organized group forcing a minor to be tattooed. In some regional laws, it is generally against the law to tattoo minors.

16. Wabori tattoo designs are influced from Buddhism and Chinese/Japanese mythology.

Common wabori tattoo designs include Kiryuu Kannon, Kirin, Karajishi with peony, and so on. Bishamonten (毘沙門天) is a god from ancient Indian mythology, and is called Kubera in Hinduism. Bishamonten tattoos are said to bring protection from Buddhism, good luck, success, wealth, success in business, and wisdom. Kirin (麒麟) is a fictional animal in Chinese mythology that is to said to appear before saints. It is part deer, cow, and horse. Kirin tattoos are said to bring good luck. Shishi (獅子) means lion. Kara (唐) is an old way to call Korea. Karajishi (唐獅子) is a lion designed in an old Korean, or Chinese, art. In mythology, Shishi are said to be the strongest of all, and fear nothing, except one thing - a bug that infests on the fur of the Shishi. This bug eventually breeds all over the Shishi, and eat the Shishi to death. However, if the Shishi sleeps under the peony (牡丹), the evening dew dripping from the peony will kill these bugs. For this reason, Karashishi and peonies are often designed together in tattoos, and called Karashishi Botan (唐獅子牡丹). Karashishi and peony tattoos are said to protect from evil.

Butterflies, flowers, crosses, skulls, angels, devils, names of loved ones, quotes, you name it. If it's not something seen on a Yakuza tattoo--i.e., wabori--it's mostly called youbori.