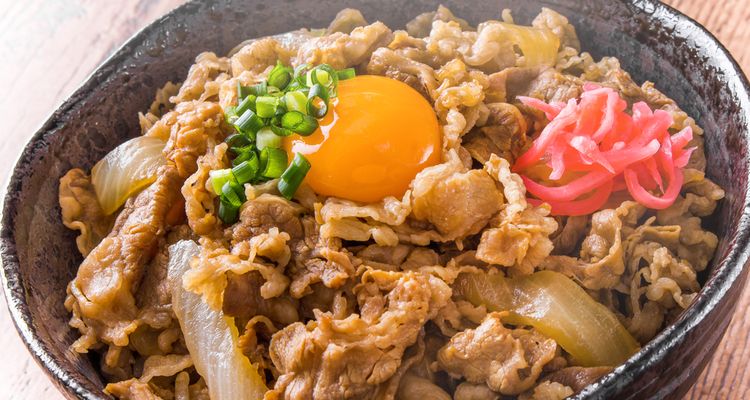 One of the most popular dishes in Japanese cuisine is the humble “don” or “donburi.” Also known as “donburi bowl” or “donburi rice bowl,” it is a simple dish that is incredibly easy to make, quick to eat, and inexpensive. Some famous fast food chains in Japan that specialize in it are Yoshinoya and Matsuya, who are both well known for their “gyu-don” beef donburi bowl. But there is far more to the donburi bowl than just gyu-don! So, let us introduce you to some of the most popular Japanese donburi bowls and just how this humble dish came to be so popular in Japan.

What Is in a Donburi Bowl?

Pretty much anything you want! “Donburi” refers to any dish where rice is served in a bowl and topped with anything you can think of. Steak? Yes, Japan has it, and it’s called “steak-don.” Mapo tofu? Japan also has that and it’s sometimes called “mapo tofu-don.”

The possibilities are endless as long as you have one key ingredient: rice! Ideally short-grain Japanese rice, but if you don’t have that, you can just use whatever rice you have or can easily get.

Because the definition of “donburi” is so broad, today in Japan, pretty much every prefecture has its own regional donburi bowl recipe. It has become ubiquitous to the point where you’ll see it on the menus of both high-end, luxury restaurants and your local casual eatery. You can even find it sold at Japanese convenience stores (conbini)! There’s also a union dedicated to this delicious cuisine named “All Japan Donburi Union.”

The History of the Japanese Donburi Bowl

So, now the question is: Who invented the donburi bowl? How did it etch itself into the average Japanese person’s life?

According to the All Japan Donburi Union, the origin of the humble Japanese donburi bowl lies in an ancient dish of the Muromachi Era (1336-1573) called “hohan.” It consisted of a bowl of rice topped with vegetables, broth, and other ingredients. As Japan’s infrastructure wasn’t developed enough to allow ingredients to be brought in from all over the country, the specific ingredients depended on what was around at the time.

It took until the Edo Period (1603-1867) and the unification of Japan for the humble donburi bowl to spread across the country. One of the biggest reasons why it saw an explosion of popularity was because it was quick and easy to make and eat, as literally everything was piled on top of a single bowl of rice. The unification of Japan also meant better infrastructure, allowing for a wider variety of toppings. By the 1900s, it was so popular that even people outside of Japan knew about it!

That entirely depends on what you top it with, but most of the time, Japanese donburi bowls are not very healthy. Many donburi bowls tend to skimp on vegetables, focusing more on meat, eggs, and other sources of protein. They also usually use a pretty generous amount of short-grain white rice.

The best way to ensure your donburi bowl is as healthy as it can be is by making it yourself. That way, you get to control the portion of rice, meat, and vegetables.

Healthiness aside, donburi bowls are so common to find around Japan that it’s really a must-try when you’re in the country. While there are so many varieties out there, here are some of the most popular!

Gyu-don is the most popular kind of Japanese donburi bowl, consisting of rice topped with beef and onions simmered in a umami-rich glaze. Some of Japan’s most famous fast food restaurant chains, such as Yoshinoya and Sukiya, specialize in gyu-don. Not only is it easy to find, but it’s pretty cheap to eat as well as surprisingly easy to make!

This incredibly savory dish is made by topping rice with broiled “unagi,” or eel in English. The eel is so soft and fluffy that you never have to worry about any bones and the sticky soy-based glaze beautifully combines with the rice. Unagi is a premium ingredient in Japan prized for its taste and health benefits, so una-don are priced higher than some of the other Japanese donburi bowl varieties you’ll see in this article. If you are lucky enough to come across one, definitely give it a try. We recommend keeping an eye out for una-don around July and August—the peak of summer in Japan—as many restaurants will offer una-don specials then.

“Tempura” itself is a traditional Japanese dish of ingredients such as vegetables and seafood dipped in a light batter and deep fried. Place it on a bowl of rice and you’ve got ten-don!

Tempura is not normally eaten by itself and the same holds true even with ten-don. Some ten-don come with a flavorful sauce while others are mixed with cooked egg in a fashion similar to oyako-don. Regardless of how you choose to eat it, ten-don is a delicious and surprisingly satisfying dish, with fast food chains like Tenya specializing in it. It is also one of the healthier options as you can order ten-don with only vegetable toppings.

“Buta” is pig in Japanese, and as you can see by the picture, it is rice topped with pork that has been slathered with a soy-based sauce and simmered or grilled. If you want a smoky taste, this is the Japanese donburi bowl to choose. Since it can have quite a strong flavor, we recommend eating it with a side of pickled vegetables. Many fast food chains specializing in gyu-don also have buta-don.

The katsu-don is another local favorite featuring deep-fried cutlets placed on top of a steaming bowl of rice. Pork or chicken cutlets are the most popular, but there are also vegetarian options such as tofu cutlets. The cutlet is simmered with egg, onions, and Japanese “dashi” broth, resulting in a dish with beautiful contrasting textures and an incredible savoriness. It is an absolute must-try when you’re in Japan!

You might occasionally see other varieties of katsu-don, with one of the most famous being the sosu katsu-don. Instead of egg, the cutlet is placed on top of a bed of cabbage that has already been laid out on the bowl of rice. To complete it and add a bit of sweetness, Worcester sauce is drizzled on top. It’s a regional variety originating in Fukui Prefecture that has taken Japan by storm and can be seen today in fast food chains all over the country.

This is one of the easiest donburi bowls to make and is often featured in the Japanese “bento” lunch box. It consists of seasoned fried ground meat and egg layered on top of a fresh bowl of rice. The contrasting colors between the meat and egg make it aesthetically pleasing, while the sauce everything is cooked in adds a layer of umami that’ll have you reaching out for more.

“Oyako” means parent and child, and in the case of this Japanese donburi bowl, it’s quite literal. To make this, take the parent (chicken) and child (egg) and cook them together with onions in Japanese dashi. The result is something so delicious, it’ll blow your mind. The egg is silky and acts almost like a sauce for the rice, while the chicken and onions provide a little more texture to the overall dish. We recommend adding a bit of Japanese sansho pepper to give it a tiny kick!

Do you like seafood? The kaisen-don is one of the best ways to eat it in Japan. Soy sauce naturally goes well with fresh, raw seafood and when you pair that with rice, you get an eating experience like none other.

While there are plenty of kaisen-don that feature just one type of seafood, such as the maguro-don with tuna as the main star, it is more common to have multiple kinds of seafood in a single bowl. An incredibly popular combination is the salmon and ikura (salmon roe), which is the seafood equivalent to the oyako-don. There are also kaisen-don with cooked seafood toppings for those who don’t like eating raw seafood.

This is another incredibly easy Japanese donburi bowl to make. Chop up some chives and fry them together with eggs to get a delicious, simple topping that goes incredibly well with rice. This isn’t as commonplace to find in restaurants as some of the other varieties introduced in this article, but it’s definitely a staple for many Japanese families at home. If you have the opportunity to try it at a Japanese restaurant, take it!

This Japanese donburi bowl consists of a Chinese-style vegetable and meat stir-fry plated on top of a bowl of rice. As it features so many vegetables, it is a very good option for those looking out for their health, and the simple yet delicious flavor will have even those who dislike vegetables coming back for more. Many Chinese restaurants in Japan will serve this, so keep an eye out the next time you’re visiting the country.

Chuck some Japanese-style curry on top of a bowl of freshly-made rice and you’ve got kare-don! The meat of choice for this Japanese donburi bowl is usually pork which is cut into strips and cooked together with the curry and vegetables like onions. Peas, shallots, or other green veggies are added as garnish at the end to make it more aesthetically pleasing. It’s a very simple dish, but super quick to make and a comfort food for a lot of Japanese locals. Similar to buta-don, you can find a lot of fast food chains specializing in gyu-don selling kare-don as well.

If you can’t come to Japan anytime soon, you can always make donburi at home! Many of the varieties mentioned above are surprisingly easy to cook. To make the dining experience even more authentic, why not eat your homemade donburi out of a real Japanese donburi bowl? Here are two incredibly high-quality donburi bowl options!

This bowl hides incredible beauty within its simple design. If you look closely, you can see a slight tinge of blue that will remind you of the faint blue coloration in hydrangea flowers, hence the name. It also exhibits exquisite craftsmanship as it was painstakingly made entirely by hand by the award-winning Mashino Kiln. It’s a type of Iga ware, a long-established traditional Japanese craft, so by owning one of these, you’ll own a sliver of Japanese history.

This is a versatile bowl that, thanks to its generous size and simple off-white coloring, can be used for all sorts of dishes, not just noodles or donburi. It uses a special glaze that produces individual differences in color and texture, meaning that every piece is truly one-of-a-kind. If you’re looking for a kind of Japanese art or craft that’s also practical, this could be it. It can also be put in the dishwasher or microwave.

Even if you can’t come to Japan right away, you can still make many of the dishes mentioned above at home. There are donburi bowl recipes all over the internet, so give some a try and see how they taste. When you finally do get the chance to come to Japan, you can visit a number of restaurants to sample and compare the authentic Japanese restaurant version to your home cooking. It’s an amazing way to level up your cooking skills and improve your palate!