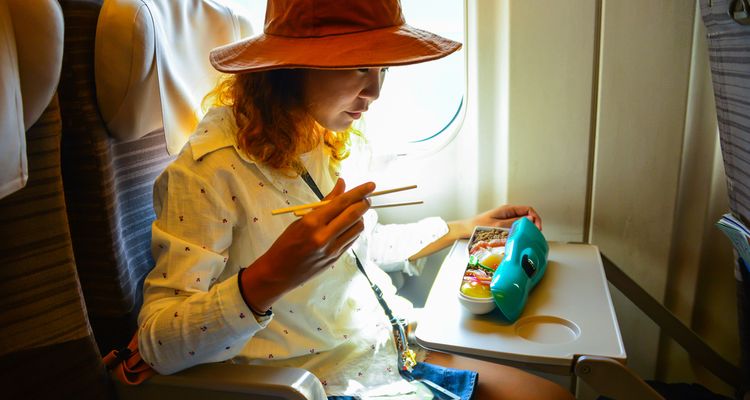 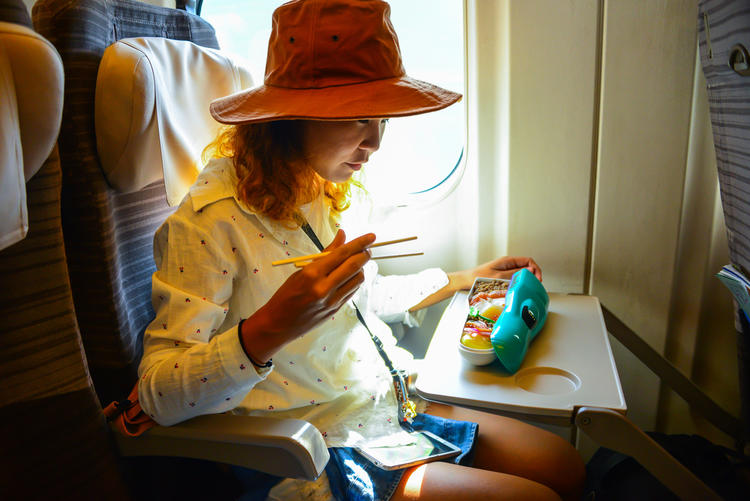 Bento (packed lunch boxes) are an indispensable part of the Japanese food culture. They come in a variety of forms, such as homemade bento and convenience store bento. There are even train bento, or "ekiben", which comes from “eki” (train station) and “ben” (bento). As the name suggests, ekiben are bento sold on the railway platform, which were later sold directly on trains. Each bento is made with originality and ingenuity, and they'll have your mouth watering just at the sight of them! Read on to learn more about the history and delights of ekiben!

More than a hundred years ago, cars and planes were not common in Japan, so the only mode of transport to remote areas was the train. When the trains arrived at the station, vendors selling bento on the platform would swarm towards the train, shouting for people to try their food. At that time, Japanese people treated the bento bought from these vendors as a delightful part of their journey, which has now become an essential form of enjoyment on their train trips. Nowadays, transportation methods have advanced with rapid technological development, and leisurely enjoying an ekiben in the train compartment has become a less common sight. Still, ekiben are a key component of the railways that run 3,000 km from north to south along the length of Japan. Various styles of ekiben made with local ingredients are still popular amongst the Japanese, and these small bento have become a unique part of the Japanese travel experience.

In Japan there are a few different theories about the origin of ekiben, but the most official record is purportedly when JR opened the railway line linking Omiya Station of the Saitama Prefecture to the Utsunomiya Station of the Tochigi Prefecture in the 18th year of the Meiji era (1885). Shirokiya Ryokan in Utsunomiya was the first in Japanese history to sell bento at the train station, so they are widely recognized as the initiator of the ekiben. At the time, the bento simply consisted of onigiri (rice balls) and pickled radish wrapped in bamboo sheath, which was sold for around 600 yen. People nowadays may think that it was too expensive, but white rice was scarce and valuable back in the Meiji era.

As ekiben could only be eaten when traveling on the train, it became a luxury delicacy for the upper class. In the 20th year of the Showa era (1945), the ekiben was enriched with local characteristics, using quality delicious ingredients. During this period, ekiben were no longer exclusive to the upper class, but accessible to all Japanese people. Thus, ekiben with various characteristics of different regions started appearing.

As mentioned above, the first ekiben in Japan more than a hundred years ago was simply an onigiri with pickled radish. Now that times have changed, can you believe that there are more than 4,000 types of ekiben nowadays? High-quality ingredients, like crab, sea urchin, and abalone, are put in the ekiben along with local specialties. Unique containers and attractive packaging are also used nowadays. Various local specialties are used as ingredients in the ekiben, such as Akashi octopus rice, Hokkaido seafood, Akita Hinai chicken, Tokyo eel, Ishikari salmon, Iwate black pork, Yonezawa beef, and Sendai ox tongue. Several famous ekiben include the kamameshi of Oginoya in Gunma Prefecture, in which the ingredients and rice are stewed in a porcelain bowl; the shamoji-kakimeshi of Hiroshima Prefecture, in which fried oysters and oyster rice are mixed in a spoon-shaped container; and ekiben with containers shaped like daruma dolls, snowmen, and crabs. There are even self-heating ekiben!

It is common for the Japanese to pair ekiben with tea. Tea drinks nowadays come in plastic bottles or cans, but during the Meiji to Taisho era (1868 - 1926), it was prevalent in Japan to sell tea in Shigaraki teapots or glass bottles. Shigaraki teapots are also known as kisha dobin (teapots used on trains), and the lid can serve as a teacup. Ceramics and glass products have been gradually phased out due to their fragility and heaviness, but they can still be bought in several areas nowadays, like the Kobuchizawa Station in Yamanashi Prefecture, or during limited time periods.

Japanese merchants have introduced the Japanese ekiben to other countries, such as a chicken bento sold in a Shinkansen-shaped container in Singapore. As many people are not used to eating chilled food, the cold rice in bento is often replaced with sushis, which are cold too. The sales performance in Taiwan is quite ideal, and if a press conference is held before the sale, Japanese bento can quickly sell out during the event period. Let’s look forward to where the Japanese ekiben will be sold next.