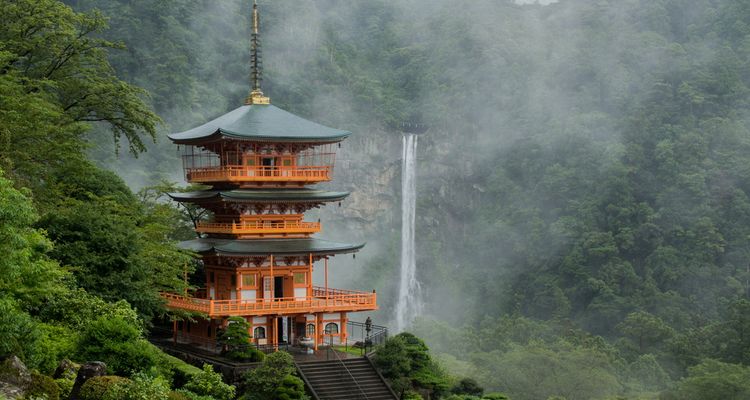 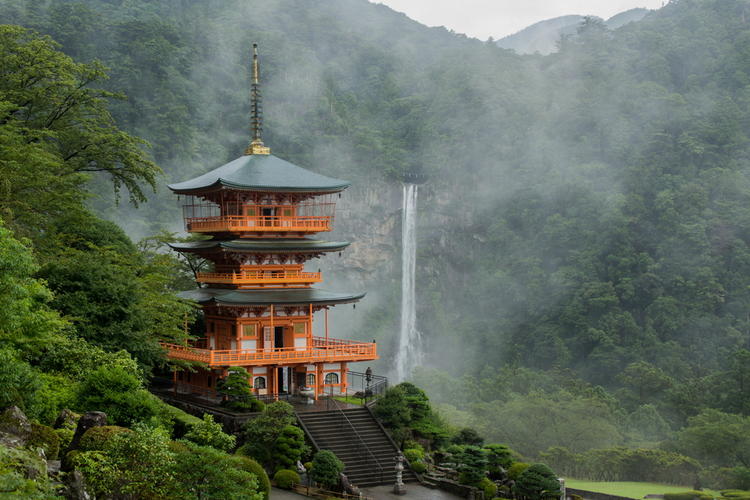 When you think of rain, images such as gray skies, wet shoes, and umbrellas everywhere might be some of the first things that come to mind. June welcomes Japan’s rainy season, which may not seem like an optimal time to check things off on your Japan bucket list, but there are actually plenty of ways to enjoy what Japan has to offer, even under the cloudy skies! Let’s take a deeper look at the yearly phenomena that is Japan’s rainy season and check the good points about this period that might not be too obvious at first glance!

What Is Japan's Rainy Season?

Japan’s rainy season is known as “tsuyu” or “baiu” in Japanese, and it is a period of several weeks when you can expect rains that can last anywhere from several hours to several days. The start of the season varies depending on the area of Japan. In Tokyo, for example, tsuyu typically starts from early June and lasts until mid-July. In Okinawa, it starts slightly earlier in May, and in Hokkaido, there is no official tsuyu season, however, they have cloudy and chilly days instead.

The rainy season is caused by the collision of air of different temperatures: during this time of year, warm bodies of air from Southeast Asia and the North Pacific collide with the Sea of Okhotsk and China’s colder winds. This can also make the weather unstable – one day it could be raining buckets, while the next day, you could be greeted by the heat from a cloudless, sunny summer sky. For those who come from places that don’t experience a rainy season, this type of weather might at first seem unappealing, but as long as you come prepared, there’s no reason you can’t enjoy Japan during this time.

What to Prepare for the Rainy Season

Of course, rain gear such as umbrellas, raincoats, and rain boots seem like the obvious answer, and these will all come in handy if you want to stay dry. When it comes to the bare minimum, you should certainly have an umbrella ready for those days when the rain isn’t too bad. Fortunately, even if you forget yours, Japan is already so used to this season that you can easily get an umbrella from convenience stores to tide you through.

Another lesser-known tip is to get some “body sheets” or “powder sheets.” These body wipes serve the dual purpose of wiping the sweat off your body while having an “icy” feeling to help combat the heat. These can be found at convenience, drug, and grocery stores, and often come in pleasant scents to add to their refreshing nature.

Last but not the least, it’s good to set up your phone to have access to weather apps and websites – they make it much easier to know what to expect!

Now that you’re prepared, it’s time to take a look at a few good points about visiting Japan during the rainy season.

With over 100 varieties in all sorts of colors, from blue to pink and white, spread out across Japan, hydrangeas are a rainy day specialty that are sure to catch your eye with their voluminous blossoms creating magical sceneries. Known as “ajisai” in Japanese, you can typically see them in full bloom during the summer, from around May to July. They have a love for water and an aversion to high heat, which means that Japan’s tsuyu season is the perfect time to experience their beauty.

If you’re in for some hydrangea-spotting, Japan has plenty of parks and temples that house these brightly colored beauties. Half the grounds of Kyodo-no-Mori Museum’s park in Tokyo are dedicated to the hydrangeas, with around 10,000 blooming each summer. For an even more impressive display, you can also take a trip down to Katahara Onsen Ajisai-no-Sato in Aichi Prefecture. The park boasts of around 50,000 hydrangeas, which can be viewed only one month a year in June, during which the park hosts its Hydrangea Festival. Visitors can also go during the evenings, for an illuminated version of the park.

Just because you’re in Japan during the rainy season, that doesn’t mean you can’t enjoy some sightseeing. In fact, there’s a different side of Japan you can only experience during this period. First, if you’re willing to brave the rain, you’ll be rewarded with fewer people crowding popular tourist spots. You’ll get shorter lines for places that require an entrance, and fewer people who might get in the shot when you’re trying to take the perfect photo.

In addition, a lot of places can look particularly stunning in the rain. Tourist spots like Kyoto’s old-style town of Higashiyama, hot springs resorts such as Hakone with its lakeside views, and temples such as Nachisan Seiganto-ji Temple on the Kumano Kodo are worth seeing for the transformation they go through during the rainy season.

On the other hand, if you don’t want to spend too much time out in the rain, Japan still has plenty of must-visit indoor tourist spots you can go to. Many major museums such as the Tokyo National Museum and the Edo-Tokyo Museum have English language guides for you to follow along with. For places such as teamLab Planets and Okinawa Churaumi Aquarium, no language is necessary as all the fun is in the view.

Rainy days are also a good time to catch up on some shopping, especially if you’re in an area with impressive shopping malls like Tokyo and Osaka. Or, you can even spend the day inside at facilities such as the Shin-Yokohama Raumen Museum where you can fill your belly with delicious Japanese cuisine.

Speaking of delicious meals, Japan’s rainy season is also the perfect time to enjoy a delicious bowl of somen, a type of thin Japanese wheat flour noodle which is extremely popular during the summer. They are often eaten cold, with their light flavor and texture being the perfect way to combat the mugginess of the season and fulfill your appetite without making you sluggish.

When it comes to healthy green options, plenty of Japan’s summer vegetables come in season during the rainy period too. Staples such as edamame, cabbages, and cucumbers will all be freshly harvested during this time, so make sure you don’t miss out on them!

Of course, you can’t have a lovely meal without a lovely drink to go along with it. This is where Japanese tea comes in! Green teas like matcha are best served hot to get the full richness of their flavor and the slightly cooler weather means you get nice temperatures to enjoy a hot cup of Japanese tea with. Some Japanese gardens also offer hot matcha – their zen atmosphere combined with the sound of the rain in the background creates a calming experience for times when you just need a breather. Don’t forget to pair your satisfying bowl of matcha with a delectable Japanese dessert!

Lastly, tsuyu is also the timing for a simple but quirky Japanese tradition: this is the time when you start to see little ghost-shaped dolls hanging outside house windows. These dolls are called “teru teru bouzu,” and are talismen that are believed to stop the rain. The name literally translates to “shine shine monk,” referring to the imagery of bald, “shiny” headed Buddhist monks who have the power to bring good weather the next day.

The tradition of hanging up teru teru bouzu during the rainy season is said to date back to the Heian Period (794 to 1185), and it was most useful to farmers who believed they could get better weather for their crops. Nowadays, the teru teru bouzu are typically first encountered by Japanese children through a nursery rhyme or by making one of their own as one of their first arts and crafts activities. These adorable dolls add a lovely pop of color under the dreary skies!

Don’t let the weather stop you from experiencing Japan to the fullest! From comforting food to one-of-a-kind experiences, there are so many great things available for those willing to brave the rain. Now that you know what to expect, all that’s left to do is to get your rain gear ready and discover the wonders of the rainy season in Japan!