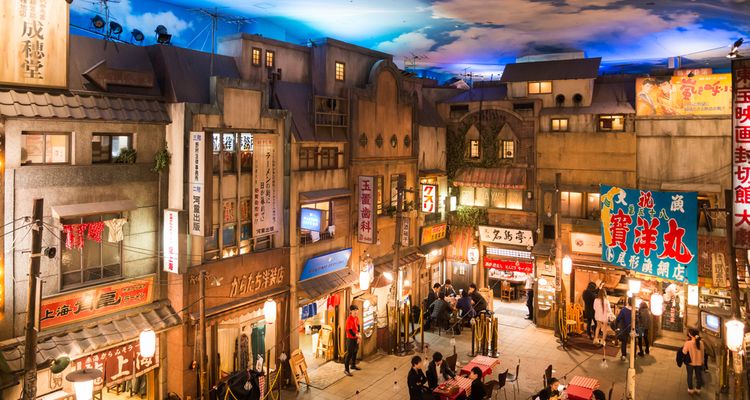 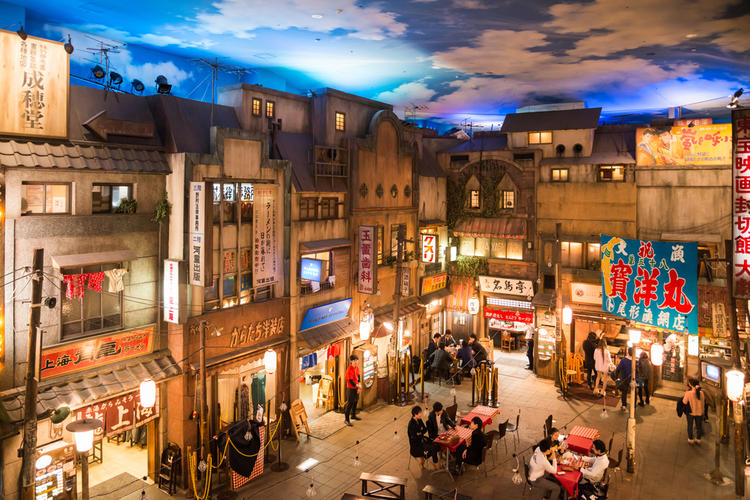 It is said that Japan has as many as 32,000 ramen shops. Bearing testament to the popularity of local ramen is the influx of overseas tourists who come to Japan specifically to savor these delicacies. However, it can be extremely expensive and time-consuming to visit multiple shops! Look no further than Shin-Yokohama Raumen Museum to solve this problem. There, you will be treated to a galore of famous ramen shops specially curated from all over the country for you to enjoy with ease. Read on to find out more about this unique ramen theme park!

What is Shin-Yokohama Raumen Museum?

Shin-Yokohama Raumen Museum was opened as a theme park in March 1994 to showcase all of Japan's ramen under one roof. At present, the museum features six famous shops from various regions in Japan, along with two others which are based overseas but managed by Japanese owners. Visitors can simply choose to visit their favorite shops and pay for whatever they eat. Sometimes, there are pop-up shops there, which are open for a limited time only.

The museum's interior replicates the nostalgic streets of Japan in the 20th century, offering more than just a ramen eating experience. Don't forget to check out the exhibition corner where you can learn about Japan's ramen history or have fun at the amusement facilities. Now, without further ado, let's take a look at the eight permanent ramen shops here, as well as the other facilities you can find at this museum!

Ryu Shanghai was established in Yamagata Prefecture in 1958. Besides its main shop in Nanyo City, Yamagata, it has another seven shops in the same prefecture and one in Kanagawa Prefecture.

Its signature dish is the Akayu Karamiso Ramen (Spicy Miso Red Soup Ramen) where karamiso, made from a blend of red peppers and miso, is placed at the center of the bowl. By dissolving this miso slowly into the soup, you will be able to adjust the spiciness to your liking.

Hailing from Rishiri, a remote island located in the north of Hokkaido, is Rishiri Ramen Miraku. Due to its far location and the fact that it is open for just 2 hours and 30 minutes per day, it is often referred to as the most-difficult-to-enter ramen shop in Japan.

Rishiri Ramen Miraku uses a lot of Rishiri kombu (kelp), which is known as one of the top three kombu in Japan. This results in a thick soup stock that forms the base of its Roasted Soy Sauce Ramen that allows you to enjoy the fragrance of burnt soy sauce.

Yuji Ramen, which has its main store in New York, was established in 2012. Back then, the owner who was working at a trading company specializing in fish in Boston, Massachusetts, saw how large amounts of high-quality fish were being thrown away as trash and decided to utilize these in a better way. That gave rise to the birth of a ramen that infuses the best flavors of fish into a single bowl.

The Tsunakotsu Ramen (Tuna Bone Soup Ramen) is highly recommended not just for its soup, but also the flame-grilled tuna meat topping (instead of the usual char siu) that makes this an all-tuna ramen inside and out.

Muku Zweite, which is based in Frankfurt, Germany, was set up by a former employee of a trading company in 2010. It is well-known as a famous shop visited by many people, especially those from Germany and France.

The ramen uses lots of local products, such as the wheat flour for the noodles which is usually used in pizzas and pasta. Muku Ramen features two types of char siu: one which is flame-grilled and the other cooked in low temperatures.

Komurasaki, which was set up in 1954, is said to be the pioneer of Kumamoto ramen, a localized style in the Kyushu region. Its main store is located in Kumamoto City and offers a unique blend of pork bone and chicken bone soup through its mildly-flavored Kumamoto ramen.

Komurasaki has a secret weapon up its sleeve: garlic chips. Made from deep-fried, finely-minced garlic, they accentuate the aroma of the ramen. The signature Osama Ramen (King Ramen) has as many as four slices of char siu, which makes it a substantial portion for even the hungriest of customers.

Sumire, which goes back to 1964, is a famous miso ramen shop in Hokkaido. Its main store is located at the Hokkaido Prefectural Government building and there are three other shops within the prefecture as well.

The thick and springy curly noodles and garlicky soup are what makes the ramen here so special. The Miso Ramen features a soup made from boiling pork bones, seafood, and vegetables, which is combined with miso to form a thick and full-bodied bowl of goodness.

Shina Soba-ya is based in Yokohama City, Kanagawa Prefecture, and is popular for its simple Chuka Ramen (Chinese-style noodles).

The items on its menu, including the Soy Sauce Ramen, are all made from carefully-selected ingredients sourced all over Japan. Especially worth trying is its limited-edition Kinkaton Tokujo Char Siu Ramen (Premium Roasted Kinka Pork Ramen), which uses meat from the legendary Kinka pigs that are raised in only two places in Japan.

Genkotsuya was opened at Shin-koenji, Tokyo, in 1980, and was closed for a time starting in 2007 due to the demise of its first owner. Fortunately, the late owner's son took over the reins in 2011 and reopened Genkotsuya's one-and-only shop here in 2011.

Ryukyu Shinmen Tondou was born out of a project commissioned by the museum in 2001 that aimed to come up with a new type of ramen for regions which still did not have their own localized ramen at that time. This resulted in the creation of the ramen here to represent Japan's southernmost prefecture.

Signature items include Tondo Ramen Otoko Aji (Tondo Noodles Men's Flavor), based on Hakata ramen from the Kyushu region, and Tondo Uma Shio Ramen Onna Aji Tamago Iri (Tondo's Delicious Salt-based Noodles Women's Flavor with Egg), which uses Okinawan ingredients. Here at Tondo, the pork-based soup ramen is given the nickname of "otoko aji" (Men's Flavor) while the lighter salt-based soup ramen is nicknamed "onna aji" (Women's Flavor). You will be able to enjoy different tastes depending on the flavors and types of noodles you choose!

If you want to take a short break, head over to Kateko Cafe and Snack Shop. The shop's interior is modeled to look like a 1980s-style Japanese coffee shop or restaurant with counter seats where a lady dressed in a kimono would greet you customers as they entered. Besides tea and alcoholic drinks, its signature Milk Soft Serve will hit the right spot for you after eating hot ramen. There are also karaoke events where you can win prizes like soft serve ice cream or alcoholic drinks if your singing score passes the stipulated level.

Yu-yake Shoten is an amusement facility replicating dagashi-ya (candy-and-pop stores popular among children in the 1950s that sold cheap snacks and toys).

Besides the cheap and nostalgic snacks which are still commonly found in Japan today, you can also find various types of Japanese-style confections here, including Agepan (Fried Dough), a staple in Japanese school lunches.

Bar Ryoji's main store is situated in Naha, the capital city of Okinawa Prefecture. It offers a variety of alcoholic drinks and local delicacies from Japan's southernmost prefecture, which are prepared by the chefs who came all the way from Okinawa. As such, you can still enjoy the unique atmosphere of Okinawa without having to go all the way there!

Events Such As Street Performances and Picture-card Storytelling Shows

At the event space on BF2, you can be entertained by regular events such as juggling shows, magic shows, kamishibai (traditional Japanese storytelling in the form of picture cards), and even live music performances!

The Iris Slot-Car Race Track allows you to enjoy slot car racing, which was especially popular in Japan between the 1960s and 1970s. The 6-lane course is about 30m long with an elevation difference of about 70 cm. You can rent a slot car to play or buy your favorite models here and assemble them on the spot before racing.

Original Merchandise Only Available at the Museum Shop

You can get some souvenirs at the museum shop that are exclusively available there, such as the pre-packaged versions of ramen from the featured shops that allow you to replicate their delicious flavors at home.

Now that you have read so much about Shin-Yokohama Raumen Museum, how about coming here for a taste of Japan's ramen? As there are some ramen shops which operate here on a limited basis, this is a place that you can keep coming back to and discover new flavors and enjoyment!