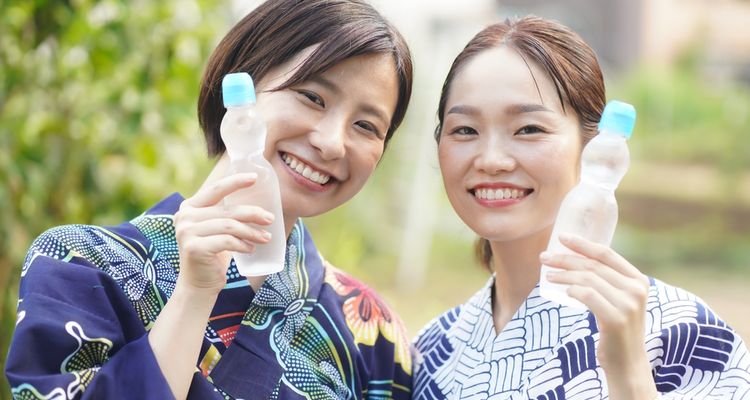 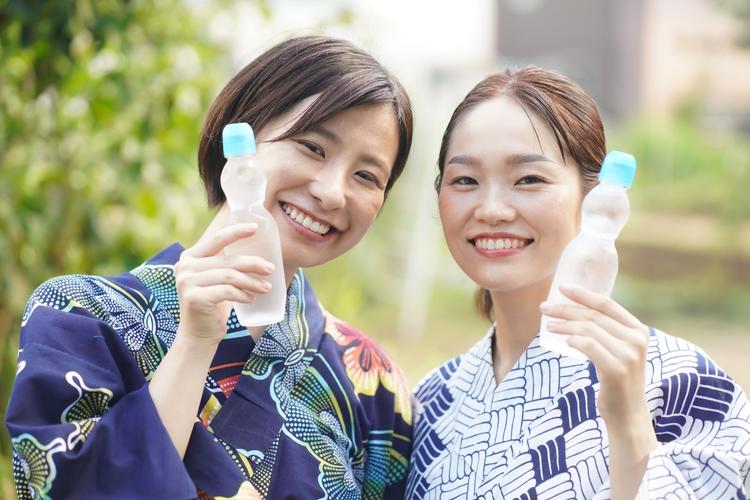 Diving Into Ramune: How to Enjoy This Classic Japanese Summertime Drink

Ramune is one of the most famous non-alcoholic drinks in Japan with a taste that’s very hard to explain to someone who has never had it, and a bottle-opening method that’s unlike anything you’re used to. If you’ve ever visited a traditional Japanese summertime “matsuri” festival, you couldn’t have missed the iconic red-white-and-blue signs directing you to stalls selling it. Perhaps you’ve even seen the drink in supermarkets and convenience stores, where it’s also often available in the form of ramune-flavored candy. But if you haven’t actually tried the drink, you have no idea what you’re missing. In this article, we will uncover all the secrets of ramune, including its history, bottle design, where to buy it, and more.

Ramune (ラムネ) is a non-alcoholic carbonated beverage whose name comes from the English word “lemonade.” In Japanese, "lemonade" is pronounced “remonedo” (レモネード), which might have been misheard when it first arrived in Japan or undergone linguistic changes over time to become “ramune.” So, is ramune a kind of Japanese lemonade? Yes and no.

It’s not a “lemonade” in the American sense, which is a drink made from lemon juice, flat water, and plenty of sugar. However, ramune is a “lemonade” in how the people of the UK or Australia understand the word: a sweet lemon-lime-esque carbonated drink like Sprite or 7 Up. Ramune is a little similar to these sodas—especially in nutritional value, as they all contain about 9 g of sugar per 100 ml and no caffeine—but not enough to really put them in the same category.

What Is the Taste of Ramune?

It’s actually hard to describe the flavor of ramune. When they try, most people who’ve had it simply give up and say “ramune tastes like ramune,” which is interesting given that the drink is made out of only a handful of ingredients like carbonated water, sugar, citric acid, and sodium citrate (this also makes it vegan and safe to store at room temperature, though it does taste best chilled). That being said, drinks with very similar flavors do exist out there, like Eastern European “white soda,” often described as having the taste of hard candy.

Variations on the classic ramune (which is the most popular version) like melon, apple, or strawberry have been available for a long time, with some companies also producing novelty ramune flavors like takoyaki, curry, wasabi, or even cream stew.

In the end, the best way to understand ramune’s flavor is to drink it yourself. But that may be easier said than done for people not familiar with the beverage.

How to Open a Ramune Bottle

The first thing you notice about ramune is the distinct shape of its bottle, which can be made from glass or plastic. Slender and roundish with a narrowing near the bottom of its neck and a little dent, it’s unlike anything most Westerners have ever seen. But their wonder at the design can easily turn to confusion and then frustration when they try to open a bottle of ramune and notice it doesn’t have a traditional bottle cap.

To open a ramune bottle, first you have to free the plastic opener hidden underneath the wrapping at the top of the container. You then place the opener on the mouth of the bottle and push down, making sure to keep applying pressure so that the drink doesn’t fizz over. Don’t worry if you don’t get it right the first time. Many first-timers have had to deal with ramune spilling all over their hands when opening it. But with enough practice, you’ll soon be opening these bottles like a pro. The first time around, though, you will understandably also have questions about what just fell into the bottle.

Why Is There a Ball in the Ramune Bottle?

When you use a ramune opener, you are actually dislodging a glass marble wedged into the bottle’s mouth, which later drops into the container. When you’re enjoying your ramune, make sure to orient the bottle so that the marble is kept in place by the aforementioned dent in the neck, otherwise it might move too close to the opening and obstruct the flow of the delicious beverage. No worries, though: the marble is too big to fall out, so there is no danger of accidentally swallowing it.

Once you’re done, you can dispose of the empty container the same way you would a plastic or glass bottle. In other words, it's recyclable! You do not have to get the marble out first (it's not edible, so don't try eating it). In fact, trying to pry the cap open to get the marble out can lead to injury, so please do not try it.

Japanese ramune is an example of an old-fashioned drink known as a "marble soda." In the old days, using a marble inside a carbonated soda bottle was the only way to keep it fizzy as the carbon dioxide would push it to the top of the neck, sealing in the bubbles. Today, only Japanese ramune and Indian banta soda use this kind of bottle, which was first created in 1872 by a British engineer named Hiram Codd.

The first ramune quickly followed Codd’s invention when, in 1884, the Scottish-born pharmacist Alexander Cameron Sim created the drink in the Japanese city of Kobe, which at the time was home to a large enclave of foreigners due to being a major transportation hub. But why keep this obsolete design in the modern era? Mostly out of nostalgia because despite its foreign roots, over the years, ramune has managed to become a quintessential part of Japanese culture. Its unique design and flavor have also won it many fans abroad.

Many Japanese people are not able to imagine getting through the country’s scorching heat without a refreshing cold bottle of ramune. But, sadly, they may soon have to learn how to get by without it.

There are currently only 33 companies still making ramune, with the major ones being Kawasaki Inryo, Hata Kousen, Tombow Beverage, Kimura Drink, and the Trebon Corporation. However, at its peak, ramune was made by 2,300 companies because the drink itself is not trademarked like Coca Cola and anyone is allowed to make it. The problem is that fewer and fewer people are buying it. Sales of ramune have been rapidly going down, as much as 76% according to some reports.

One culprit, naturally, is the recent COVID-19 pandemic. Between social distancing and the state of emergency, the number of Japanese "matsuri" festivals has dropped sharply and, with it, opportunities to sell and buy ramune. You can get the drink in supermarkets like Seiyu or AEON and even some convenience stores but, for whatever reason, ramune just tastes better at a matsuri festival. However, store-bought ramune does have its upsides, like its low price of around 80-90 yen. In comparison, some festivals can sometimes mark the drink up as high as 200 yen or more!

Ramune: A Taste of Japan in a Bottle

Though everyone has their own way of describing the flavor of ramune, they all tend to agree that it tastes delicious, especially during a matsuri festival on a hot summer day. It may not be the easiest beverage to drink, but that’s all part of its charm.

Ramune is truly one of a kind and an integral part of Japanese culture, so try it out if you ever get the chance.