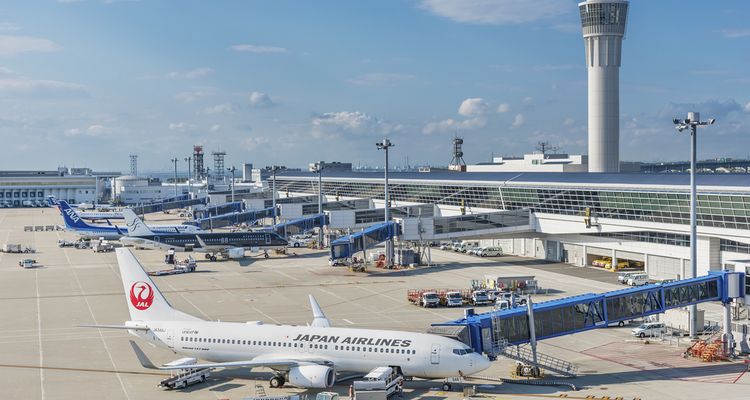 Narita vs Haneda: A Guide to Tokyo's International Airports

Congratulations, you’ve finally saved up enough and have enough time off to make your travel plans to Tokyo, Japan! After searching for flights, only one question is left in your mind: Which airport should I fly into? It’s true, there are two airports serving the Tokyo area, and choosing between them might not be a simple matter of airline deals. Today we will be discussing the differences between the two international airports serving the greater Tokyo area: Narita International Airport and Haneda International Airport.

Chances are if you’ve looked for flights to Japan, the name Narita will have come up more than Haneda. However, despite half of the international travelers to Japan coming in through Narita airport, Haneda is still the busiest airport in the nation, as it handles 90% of domestic flights. This makes it the obvious choice when flying within Japan, while Narita has traditionally served more international destinations. However, over the last few years, Haneda has expanded its international destinations and made exclusive service deals with airlines such as Delta.

While Haneda serves as the primary base for Japan’s two major carriers, Japan Airlines (JAL) and All Nippon Airways (ANA), both companies see a majority of their international flights out of Narita. All in all, Haneda offers flights to 35 cities internationally, while Narita covers a whopping 117 cities. Between the two airports, the Tokyo metropolitan area boasts the third busiest airport system in the world, only surpassed by New York and London.

It can come as a shock to some that one of Tokyo’s airports is not actually located in Tokyo. When flying into Narita International Airport, rather than being greeted by the sight of a highrise metropolis, you’ll see small green hills and rice fields dotting the land below. Indeed, much like Tokyo Disneyland, Tokyo Narita Airport is not actually located in Tokyo, but rather 70 km away in its neighboring prefecture of Chiba.

Haneda, on the other hand, is actually in Tokyo, located in the city’s most south-east ward Ota City and just 20 km away from Tokyo Station.

Despite the vast difference in distance between both airports and the city center, getting into Tokyo from each location does not differ by very much. The fastest method of travel from Narita will get you into the city in only 36 minutes, while other methods of transport such as train or bus clock in at about 1 hour. Please have a look at the following article for in-depth information on the various modes of transport from Narita, how to book your seat in advance, and what to expect in terms of price and transit time.

Haneda on the other hand takes about 15 minutes by train on the Keikyu Line to reach Tokyo’s famous circular looping Yamanote Line (transferring at Shinagawa Station), after which it takes an additional 20 minutes to reach final destinations like Shinjuku or Ueno, and about 10 minutes to Tokyo Station, all for about 600 yen.

Another option to and from Haneda is the Tokyo Monorail, which takes about 15 minutes from the airport to Hamamatsucho Station. From Hamamatsucho it will take about 15 to 25 minutes for destinations like Ueno and Shinjuku respectively. The total cost of travel for this method is about 700 yen.

Furthermore, there is also the option of taking the Keikyu Limousine Bus from Haneda to various locations in the greater Tokyo area. Although the destinations are limited and seat reservation is required, access to areas in Tokyo like Shibuya (60 minute ride for 1030 yen) and Tokyo Sky Tree Town in Oshiage (50 minutes ride for 920 yen), in addition to service to Yokohama (40 minutes ride for 580 yen) make this a great choice depending on your destination. Keeping all of this in mind, the travel time and cost between both airports are actually not too different.

Things to Do at Narita and Haneda International Terminals

No guide to these two airports would be complete without mentioning the plethora of things to do at each terminal. Both locations boast robust facilities making it possible to spend your last few hours in Japan relaxing and having fun. From various sweets and knick-knacks to delicious Japanese cuisine, Narita and Haneda both play host to many shops catering to any of your last-minute shopping needs.

Haneda’s International terminal is newer and may be a bit more striking visually due to certain features like the indoor Edo Koji Market, a charming recreation of old-style Tokyo restaurants and shops that offers Japanese cuisine and retro-modern Japanese goods! There is also a half-size replica of the Nihonbashi Bridge. The actual bridge was said to be the center of Edo (old Tokyo), and here it symbolically represents the start or end of your journey in Japan.

Haneda also has a large viewing deck perfect for plane enthusiasts, many places to eat, and even a planetarium cafe in which it is possible to enjoy and meal and a view of the night sky dotted with 40 million stars.

No matter where you're coming from your journey through Japan should be nothing more than straightforward and simple after touching down in Narita or Haneda. With plenty to see and do, it’s not a bad idea to arrive well in advance to your flight to explore all that both airports have to offer. In fact, if you are indeed flying in and out of Haneda, it may even be worth spending your first (or last) day in Japan around the area, as there are many fun activities of which you can take advantage. So before you go, have a look at this article on all there is to do around Haneda.