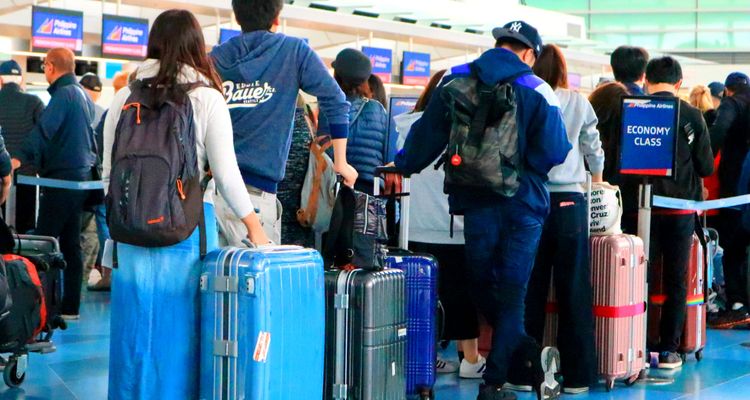 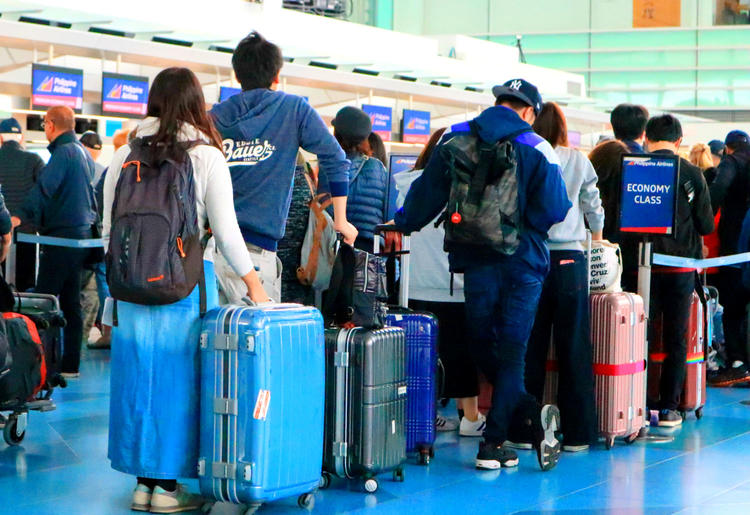 Getting From Narita Airport to Tokyo - The Complete Guide

Narita Airport is used by travelers day and night as their gateway to Tokyo and Japan, but many mistakenly believe that Narita is a Tokyo airport. It is actually located in the city of Narita in Chiba Prefecture, 70km away from the Tokyo city center. So, what's the best way to get into Tokyo from Narita Airport? Let's look at our options broken down by travel time and cost.

There are two rail lines that connect Narita Airport and Tokyo: the Keisai Skyliner on the Keisei Electric Railway, and JR East's Narita Express. These options are best for anyone who needs to prioritize speed. There are two train stations at Narita Airport, both located on the basement floor of the terminals. The station at Terminal 1 is called Narita Airport Station, while the station for Terminal 2 is called the Airport Terminal 2 Station.
There are a total of 3 terminals at Narita Airport, but if your flight is at the newer Terminal 3, where many low-cost international flights arrive, then the closest train station is the Airport Terminal 2 Station. It takes about 15 minutes on foot, or 5 minutes by shuttle bus to get to this station from Terminal 3, so be sure to factor that extra transit time into your travel plans.

You can change trains at Nippori Station to connect with other Tokyo and surrounding areas on the JR Yamanote Line, JR Keihin-Tohoku Line, and JR Joban Line. Change at Ueno Station to access other areas in Japan using the Tohoku, Joetsu, or Hokuriku bullet train lines, or transfer to the JR Yamanote, Keihin-Tohoku, Utsunomiya, Takasaki, and Joban lines, the Tokyo Metro Ginza and Hibiya lines, or the Oedo Line from Ueno-okachimachi Station. With all these options, you'll likely have no trouble getting to your accommodation. These trains are both very comfortable and well-designed, with spacious dome-shaped ceilings, chequered pattern floors, and power outlets at each seat. The fifth car also has a multipurpose toilet and washroom.

JR East Narita Express (N'EX) departs approximately every 30 minutes. It reaches Tokyo Station in around 53 minutes (3,020 yen one-way), and also stops at major Tokyo stations like Shinagawa Station, Shibuya Station, and Shinjuku Station. If you're planning a return trip, the N'EX Tokyo Round Trip Ticket (4,000 yen) is great value.
Narita Express also has trains that go as far as Yokohama Station, which is very convenient if you're looking for direct access to Yokohama.
These trains are also very comfortable thanks to the subdued chequer-patterned and wood-toned carriage interiors and reclining seats with adjustable headrests. Seats are also equipped with large flip-down tables and power outlets, which are great for anyone who wants to eat and work on their laptop or tablet during their trip.
Both Keisei Sky Liner and Narita Express both have full safety measures such as security cameras equipped in the luggage storage areas in each carriage. Still, it's best to do what you can to keep your luggage safe from theft during your trip as well.

Cheap prices and frequent departure times have lead more and more international travellers to choose express buses in recent years. The two cheapest options from Narita Airport to Tokyo Station are the Tokyo Shuttle and THE Access Narita. Since you can also store your luggage under the bus, this is also one of the more hassle-free ways to get into Tokyo if you have heavy luggage to deal with.

Tokyo Shuttle costs 1,000 yen one way (900 yen for advance bookings from Toyko Station, 2,000 yen for late night departures) from Narita Airport to Tokyo Station and the Ginza area. 113 buses depart each day (54 from Tokyo Station, 59 from Narita Airport), so there is one bus leaving around every 20 minutes during the day. You can book online in advance, and payments are accepted by credit card. For same-day bookings, you need to buy a ticket for a specific departure time at the Keisei Bus Ticket Counter.

Tickets between Narita Airport to the Tokyo Station and Ginza Station on THE Access Narita busses costs 1,000 yen (2,000 yen for late night fares) each way. 75 buses depart each day, with one leaving every 5 to 25 minutes. One interesting feature of this bus is that tickets are not required; you can simply board the bus and pay during your ride. However, those with advance bookings are given priority if the bus is full, so reserving your ticket will give you some peace of mind. You can book a seat up to a month in advance, and credit card payments are accepted.

Both Tokyo Shuttle and THE Access Narita have luggage racks above the seats and some storage at your feet as well. If you're travelling with bulky or heavy luggage, the ability to leave your luggage in the trunk of the bus might make this a more comfortable option than travelling by train. One downside is that traffic conditions can cause delays, so be sure to factor in some extra time for your trip just in case.

3. Get Straight to Where You're Going! Direct Access to Tokyo's Popular Spots

Catch Keisei Electric Railway's Access Express train to reach popular sightseeing areas in the city center from Narita Airport at a low price. You can access famous tourist spots like Oshiage Station, Asakusa Station, and Nihombashi Station with no transfers, and without having to pay an express train surcharge.

Taking Access Express gives you a lot of options. You can reach Oshiage Station in a minimum of 47 minutes (1,170 yen), which is the closest station to Tokyo Sky Tree, the highest tower in the world. You also can reach Nihombashi Station, which has a wealth of galleries and famous department stores like Mitsukoshi and Takashimaya, in a minimum of 59 minutes (1,330 yen).

Keisei Electric Railway also has an express train that you can use to travel affordably within Tokyo. This express takes the same route as Skyliner, and takes a minimum 66 minutes from Narita Airport to Nippori Station (1,030 yen) and a minimum of 70 minutes to Ueno Station (1,030 yen). Although it takes around 30 minutes longer than the Skyliner, you can save 1,000 yen or more on your ticket. So, if you have a little extra time and want to save some money, this express is a great choice. Three trains run per hour, which is another useful feature.

The Airport Limousine Bus is a very convenient option if you are looking to get directly to a specific area. These buses cover almost all the major areas of Tokyo, like the Tokyo Station, Nihonbashi, Shinjuku, Ikebukuro, Roppongi, Akasaka, Hibiya, Ginza, Odaiba/Ariake, Ebisu/Shinagawa, Haneda Airport, Shibuya, Asakusa/Toyasu, and Kichijoji areas. The buses stop at train stations and major hotels in each area, making this a very fine-tuned service.

Airport Limousine buses also have routes that cover a wealth of sightseeing areas in Tokyo's surrounding areas like the Minato Mirai area in Yokohama and the Tokyo Disney Resort area. The ability to directly access areas other like Mt Fuji. Hakone, Nagano, Gifu, and Hida-Takayama is another key to the popularity of Airport Limousines. Ticket prices within Toyko are in around the 2,800 - 3,100 yen range.

It takes around 75 to 125 minutes to travel between Narita Airport and Tokyo Station. This is just an estimate, as traffic conditions can impact the trip time. You can check two pieces of luggage under 30kg within the dimensions of 50 x 60 x 120 cm, including bulky items like skis, golf bags, or fishing rods.

4. A Fixed-Price Taxi is Handy for Groups

A fixed-price taxi allows you to access Narita Airport and the Tokyo city center for a set fee. This option can be more expensive than rail or bus, but they can be a good choice if you are looking to travel early morning or late night when other transport is not running, or when need to get to your destination as quickly as possible. This is also a convenient option when you're travelling with a larger family group.

The below chart offers a guide to prices for each area.

There are many ways to get to Tokyo from Narita Airport that can fit with your budget and travel plans. If speed is your priority it's best to take an express train, while if you'd prefer to keep costs down, a bus is a good alternative. If you're not overly concerned with either time or budget, use a direct train or bus to efficiently plan your trip. Understanding your transport options between Narita Airport and Tokyo is sure to make your trip to Japan even better!