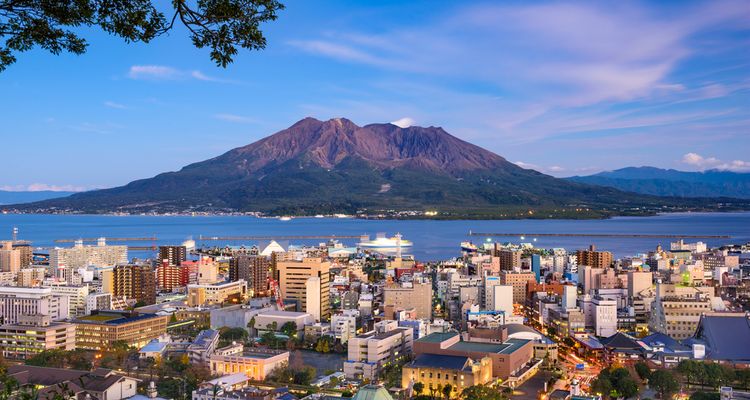 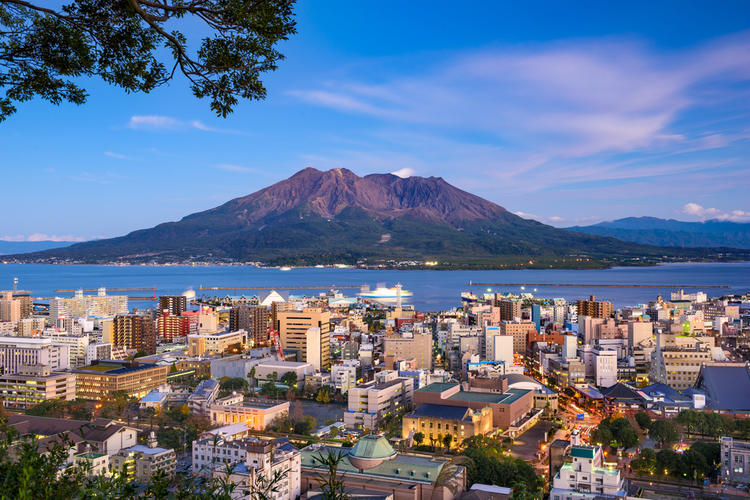 Kagoshima: The Prefecture With Many World Heritage Sites

Kagoshima is the most southwest prefecture of the Kyushu region.

It is a tropical paradise, with around 13% of its total land area designated as natural parks. It boasts a chain of active and dormant volcanoes, which in turn have made it a great place for a hot spring retreat.

However, nature isn't all that this prefecture has; it is also filled with history. Long ago, it was known as "Satsuma," once one of the strongest provinces in Japan. It also played a crucial role in the Meiji Restoration, a period of time when Japan made great strides in terms of industrilization and adopting Western ideas and production methods.

One of the best ways to learn more about this prefecture's great history is by exploring its World Heritage Sites. Most of Kagoshima's World Heritage Sites are located within Kagoshima City and can be seen in a single day if you're efficient with your time. Let's go through them one by one so that you know what to expect.

Yakushima is a subtropical island to Kagoshima Prefecture’s south. It is covered with a cedar forest that contains some of the country’s oldest living trees, some of which are over 1,000 years old. It is also home to several tall mountains, including Kyushu’s largest peak “Mt. Miyanoura,” which has given it the nickname “The Alps of the Ocean.” Its largely unspoiled nature has earned approximately 21% of Yakushima a designation as a World Natural Heritage Site.

Thousands of people visit Yakushima every year to get a glimpse at this island’s scenery, which is so beautiful that it served as inspiration for the setting of the famous Studio Ghibli film “Princess Mononoke.” If you like exploring the outdoors or nature, Yakushima is definitely a place that you ought to visit, especially as it is teeming with all sorts of wildlife including deer. The hiking trails are well maintained with plenty of signage, so it’s relatively easy to look around, and there’s even several hot springs on the island in case you want to relax your tired muscles. Just make sure to bring rain gear as its subtropical climate means it rains quite a bit here!

We cover Yakushima a lot more extensively in the following article, so if you want to learn more about the island or what are the best spots to visit on the island, please check it out: Top 11 Spots on Yakushima Island That Photographers Have on Their Bucket List

In 2015, a group of historical locations around Japan were inscribed as a UNESCO World Cultural Heritage Site called “Sites of Japan’s Meiji Industrial Revolution: Iron and Steel, Shipbuilding and Coal Mining.” Shoko Shuseikan Museum is one of these locations.

Established near the end of the Edo Period (1603 - 1868), this museum situated next to the grand Sengan-en Garden was once a Western industrial complex manufacturing everything from metals and weapons to textile products and handicrafts. Today, it serves as a museum to tell the history of the Satsuma Domain—an area that Kagoshima Prefecture was once the center of—and Japan’s industrial reform.

Apart from exploring the museum itself which stores and exhibits over 10,000 items, including Satsuma Kiriko cut glass produced in the Edo Period and the machines used at the factory, you can also discover several more sites throughout the museum and garden grounds that are a part of the collective Sites of Japan's Meiji Industrial Revolution: Iron and Steel, Shipbuilding and Coal Mining." Below we go into a bit more detail on each of them.

The below picture is the remains of the original furnace which was built in 1852 to cast cannons from iron. The builders at the time actually used pictures from a Dutch textbook to make it, adding in elements of traditional Japanese craftsmanship.

Today, you can view a 1:10 replica of the original furnace near the Shuseikan visitor’s center next to Sengan-en Garden. If you can’t visit, you can download an app on your phone to see what the furnace looked like in the past in 3D, restored using AR technology!

This residence was designed by the English and built by the Japanese as the residence for the English engineers who worked at the local Western-style spinning mill. Though it has a Western design, you can see Japanese elements scattered throughout, such as the traditional Japanese-style roof tiles.

Located a bit away from the museum, this kiln was used to produce charcoal for the various industrial facilities at Shuseikan, including the reverberatory furnace mentioned earlier in this article. Using the surrounding woods, workers produced white charcoal which burns hotter than standard charcoal. It has a unique horseshoe shape that’s definitely worth taking a closer look.

*Note that due to a landslide in 2019, you can no longer visit or view this World Heritage Site.

Once upon a time, the industrial facilities at Shuseikan relied on waterwheels to power large machines. There was no large river nearby, so they decided to build a leat—a water course or stream that would feed water to the Shuseikan—which was named “Yoshino Leat.” This was a difficult task as there was little difference in elevation throughout the 7 km stretch of land. The fact that they were able to successfully construct it is testament to the high levels of construction technology at the time.

Though the location of the sluice gate (a sliding gate for controlling the flow of water) has changed several times in the past, you can still view it and the leat today.

Apart from reading this article, we recommend taking a look at the Kagoshima World Heritage Walk pamphlet (available in English) if you want to explore all the World Heritage Sites in Kagoshima City within a single day.

So, let's go over these two spots in some more detail!

Tokunoshima Island is the second largest of the Satsunan archipelago. It has a subtropical climate with gorgeous beaches, yet is less visited than Okinawa, making it an amazing destination for tourists who want to have fun at the beach without dealing with crowds. If snorkeling or diving doesn't quite sound like your thing, you can spot many impressive coral limestone formations along the island's coastline or watch "togyu," or in English, bullfighting—a popular event on the island. There's no end to the list of things to do!

Amami Oshima is the largest island of the Satsunan archipelago. Just like Tokunoshima Island, it has a subtropical climate with plenty of white beaches and crystal-clear water, yet is comparitively less crowded than Okinawa, making it an amazing place for a summer retreat. Outdoor enthusiasts will adore the fact that the island is home to Japan's second-largest mangrove forest which you can explore via rental kayak! With portions of the island and the surrounding sea all being part of a national park, there's plenty to see and do. You can even go humpback whale watching!

Both islands were submitted as candidates to become World Heritage Sites because they're both home to rare fauna as well as several endangered species of animals. We recommend paying both a visit before they blow up in popularity!

Kagoshima Prefecture is just one out of the seven different prefectures that make up Kyushu, arguably Japan's most scenic and historic region. There are so many other World Heritage Sites scattered across Kyushu. For more information on what's out there in the region, check out the official Kyushu tourism website.