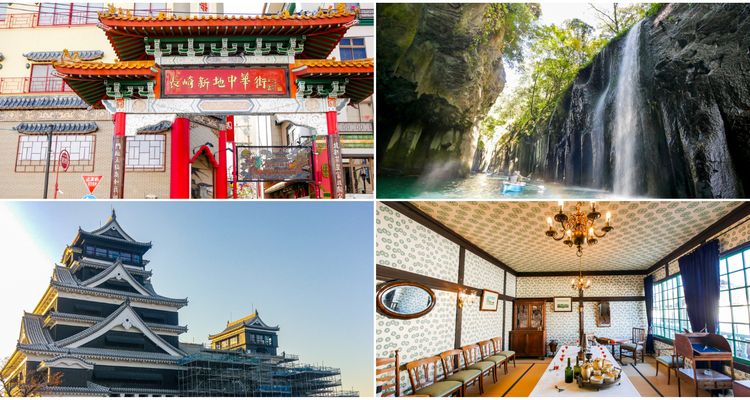 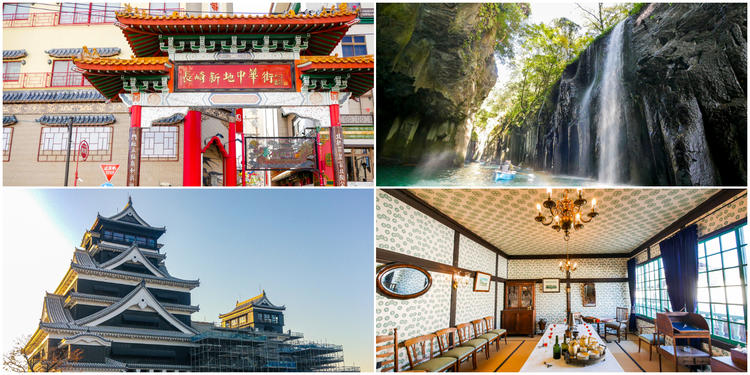 *This article was written in collaboration with Kyushu Tourism Promotion Organization.

No trip to Kyushu is complete without a visit to Nagasaki Prefecture. It is rich with history, what with it having been the only part of Japan open to the rest of the world at one point. The prefecture also offers a smorgasbord of tourist attractions and delicious delights.

One of our personal missions was to visit every Chinatown in Japan, so we were eager to visit Nagasaki’s Chinatown. It was just an hour away from Nagasaki Airport by car and bus, so we made it our first destination of the day.

When we got there, we actually entered through the wrong entrance and thus were pretty disappointed at the lack of grandeur it had. Don’t make the same mistake as us! After a bit of wandering around, we found the main entrance which was every bit as majestic as what we hoped for.

Nagasaki Shinchi Chinatown is known for its plethora of shops and restaurants that serve many of Nagasaki’s famous Chinese-influenced delicacies such as Nagasaki champon. Just like many other visitors, we found ourselves indulging in our first snack of the day minutes after arriving at Iwasaki Honpo, located right outside the main entrance to Chinatown.

Established in 1965, it was actually the first restaurant to introduce the now iconic kakuni manju—otherwise known as braised pork bun in English—to Nagasaki. Iwasaki Honpo continues to stand out today with its meticulous preparation of the pork and refusal to use any artificial seasonings in its sauce. Its efforts have not been in vain, as several varieties of their kakuni manju have won awards!

We tried all four of their takeaway options and honestly suggest that you order all of them to discover your favorite!

・Nagasaki Kakuni Manju (450 yen): The #1 most popular item and where it all began. You’ll fall in love with the beautiful combination of their umami-rich sauce and the pork.

・Cheese Kakuni Manju (540 yen): The pork in this one literally sticks out of the bun! The cheese goes surprisingly well with the pork.

・Otoro Kakuni Manju (540 yen): “Otoro” means “very fatty” in English, and you’ll definitely feel that with this item. The pork melts in your mouth and is incredibly juicy yet is still easy to eat.

・Shiro Burger (648 yen): This burger uses 100% Nagasaki wagyu beef. It’s meaty, juicy, cheesy, and a bit sweet. It’s sold in limited quantities, so get there early to enjoy it!

If you prefer something sweet, Futabaya is definitely the place to visit. This confectionery shop was founded in 1937 and offers all sorts of desserts, but the two main draws are the castella and fruit daifuku. Of course, we tried both.

Castella is arguably Nagasaki’s most famous sweet, brought over by Portuguese merchants during the 16th century. Though we had tried castella in the past, the ones sold at Futabaya were remarkably different. They were much denser yet equally as fluffy and absolutely delicious! According to them, this was made possible thanks to the high-quality ingredients used.

Fruit daifuku is a Japanese sweet wherein a piece of fruit is enveloped in mochi. Not only did Futabaya have a stunning array of flavors on offer, including biwa (loquat) which Nagasaki is the top producer of in Japan, but many of them looked exactly like their fruit counterparts! They were fresh and sweet, and we couldn’t stop snacking on them!

Between the 17th and 19th centuries, Japan went through its “sakoku” or “closed country” period, wherein relations and trade between Japan and the West were severely restricted. During this period, Dejima—an island back then—was the only place for foreign trade and exchange in all of Japan and only the Portuguese, followed by the Dutch, could visit. Many of them settled on the island, constructing buildings that beautifully blended together European and Japanese designs.

Today, you can easily visit some of the most iconic of these buildings at Dejima, something that we greatly wanted to do since Dejima was only three minutes from Chinatown by car (or a 5-minute walk).

▪️ Chief Factor’s Residence: The Grandest European-Japanese Building of Them All

While there were plenty of buildings available for us to explore at Dejima, the biggest and perhaps one of the grandest was the Chief Factor's Residence, home and office to the Dutch chief factor at the time. If you ever come to Dejima, visiting this residence is an absolute must!

The ground floor was full of fascinating exhibitions that introduced the history and daily affairs of Dejima, while the upper floor was full of majestic European furnishings that somehow went beautifully with the Japanese tatami flooring. Everything was gorgeous, majestic, and transported us back in time to Dejima’s days as a Dutch trading post.

▪️ Attic: Respite from the Busy City of Nagasaki

After exploring the more historical side of Dejima, we decided to stop by the nearby Dejima Wharf for a much-needed break and stumbled upon one cafe that was just too interesting to resist—Attic.

This cafe and restaurant has been attracting throngs of visitors with its photogenic menu offerings since its opening in 2003. It is attractively located right by the sea; on special occasions like the peak of summer in late July, you can even admire the fireworks at night!

We ordered the Delicious Turkish Rice (880 yen)—a specialty of Nagasaki Prefecture consisting of pilaf rice, spaghetti, and fried foods as well as other sides all piled up onto one plate—as well as three cups of their cappuccino (380 yen/cup) which gained fans all across Japan for its stunningly realistic latte art of people who had historical significance to Nagasaki. One particularly famous latte art is of Ryoma Sakamoto, a low-ranked samurai who rose in power after the end of the sakoku period. He spent a lot of time at Nagasaki and even started up Kameyama Shachu, believed to be Japan’s first trading company, there. They have four different versions of this cappuccino, all featuring different historically significant people to Nagasaki and made using coffee beans roasted at their own roastery nearby.

The Delicious Turkish Rice was huge—so much so that two people could easily get full on it! It was, as expected of one of their specialty menu items, extremely delicious. As for their cappuccino, it wasn’t too bitter which was good since one of us normally didn’t like or drink coffee. If you’re looking for genuinely good coffee around Nagasaki and some excellent latte art, it’s worth tasting.

Although we greatly enjoyed our time in Nagasaki City, we knew that Nagasaki Prefecture held much more in store for us outside of it. And since it was autumn, we were hoping to catch a peek of Japan’s famous autumn leaves at one of the prefecture’s most iconic autumn leaf viewing spots, Nita Pass.

Nita Pass is located within Unzen National Park, nearly a 2-hour drive from Nagasaki Station. The name is attached to the winding road up to the ropeway station of Mt. Myoken. The entire mountain is home to trees that turn gorgeous shades of red and gold in the autumn, so you can enjoy the autumnal view all the way from the path right up to the peak of the mountain, where you can get a sweeping view of this beautiful sight! Just make sure to pack some anti-nausea pills if you get carsick easily, as the pass has many sharp turns.

Unfortunately, we came at the wrong time, a week after its peak autumn season. Still, the faded brown and yellow leaves were absolutely gorgeous in the sunset, looking almost golden in the orange sunlight. We couldn’t stop taking pictures!

If we had the chance to do this trip over, we’d probably schedule an entire day for Unzen City, including Nita Pass. Unzen City is famous for its onsen (hot spring), so you can easily spend a whole day looking around, bathing in hot springs, and going up the ropeway.