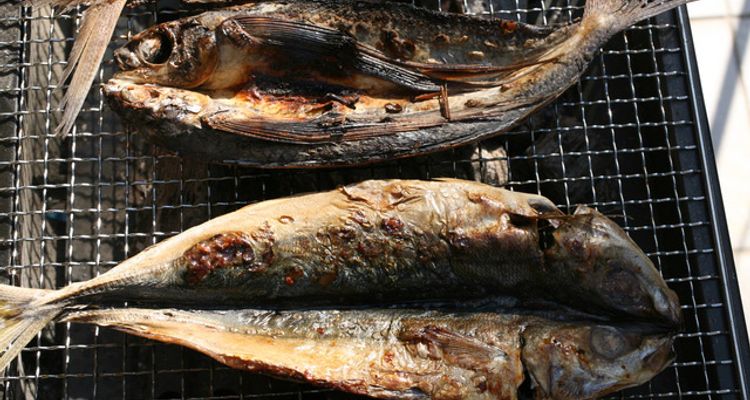 11 Bizarre Delicacies You Can Eat in Japan

Not all of these dishes are commonly eaten around Japan, but if you're making your way to the country anyway, why not try some of their rarer delicacies?

Most of these delicacies are only eaten in certain parts of Japan, so an average Japanese person would have only tried around three to five of them. I myself have only eaten three on this list, and natto and shirasu are the only ones I eat regularly. Just as not all British people like to eat haggis, not all Japanese people choose to eat these delicacies. However, some of the fun of travelling is to try new food and therefore, as a traveler, you should try some of them so that you can brag to your friends when you go home! Natto is fermented soybeans which have quite a strong smell and a rather slimy texture. Recently, the health benefits of natto has been widely reported and now people can buy it in supermarkets throughout Japan. However, thirty years ago, it was not common for people in western Japan to eat it. It is high in protein, vitamin K, and dietary fiber. In some Japanese restaurants outside of Japan, you can order natto. It might not be possible to eat as is, but often they will offer natto-maki, a sushi roll with natto inside. Shirasu is baby fish, usually sardine, eel, herring, Japanese sand lance, or ayu. It is mostly eaten either raw or dried after cooked in brine. Since the bones have not fully developed, it can be eaten as it is. It is high in protein and calcium. I have never thought of it as weird to eat since I have been eating since I was small but when see on a photo, I can understand how it can appear creepy with all the little eyes. Because of its health benefit, shirasu is used in solids for babies as well. Inago is a kind of grasshopper and is commonly eaten in Nagano and other mountainous regions where seafood was not available in the past. Inago is first fried in a pot, then simmered in boiling water for a long time before being cooked in soy sauce and sugar to produce tsukudani. Tsukudani in other parts of Japan is made of small fish, shell fish, and seaweed. Jelly fish is eaten either raw or dried. Despite its appearance, it does not have a jelly-like texture but is crunchy. Only six kinds of jelly fish are eaten and therefore it is important to understand that not all jellyfish found on the beach is edible. It does not have much taste and in general, it is the texture that is enjoyed. Despite its not so appealing appearance, a sea cucumber is one of the top three Japanese delicacies, along with sea urchin and dried mullet roe. It has been eaten by Japanese for more than one thousand years. A sea cucumber is often eaten raw with vinegar to enjoy the unique crunchiness. It is also possible to buy dried ones and high-end dried sea cucumber can cost $150 for 70g. Kamenote, which means turtle's hand, is a type of filter-feeding crustacean that is found on rocky shores. It is more commonly eaten in southern Japan. People often put it in miso soup or cook it in brine. Although not the same species, goose barnacles, which are quite similar, are eaten in Spain and Portugal as well. According to archaeological finds, suppon, a soft-shelled turtle, was eaten by Japanese from the Middle Jomon period (2500-1500 BCE). Nowadays, it is often eaten as nabe (hot pot), suimono (clear soup) or zosui (Japanese risotto) since the broth made from suppon is tasty. The shell is believed to be an aphrodisiac and therefore is dried and made into powdered to be ingested. Horse meat is eaten in many countries all over the world, in more countries than many people might realize because it is rare in English-speaking countries. However, it is unique that horse meat is eaten raw in Japan. It is often eaten as sashimi with grated ginger or garlic and soy sauce. Funazushi is fermented funa sushi. It is a delicacy from Shiga Prefecture and dates back to the Nara Period (710-794 BCE). Its ingredients are simple and consists of only fish, salt and rice. During the preparation, it is gutted carefully so that the body of the fish as well as the roe stay intact. Then the fish is marinated with salt in a barrel for two to three months. Once it is pickled, then it is washed and packed with rice. It is then layered inside the barrel with rice and stored for one to three years. It is usually cut into slices and eaten on its own. Kusaya is dried salted fish commonly produced in the Izu Islands. It is made by marinating fresh fish in kusaya-jiru (similar to fish sauce) for 8-20 hours and then washing it with fresh water and finally drying it in the sun for one to two days. Kusaya was given to the Shougun as a gift in the Edo Period. It is famous for its unique smell. Shiokara (salted fish guts) is a preserved food that is made from the fermentation and maturation of the internal organs of cuttlefish. Because of this, Shiokara pairs well with Japanese sake.