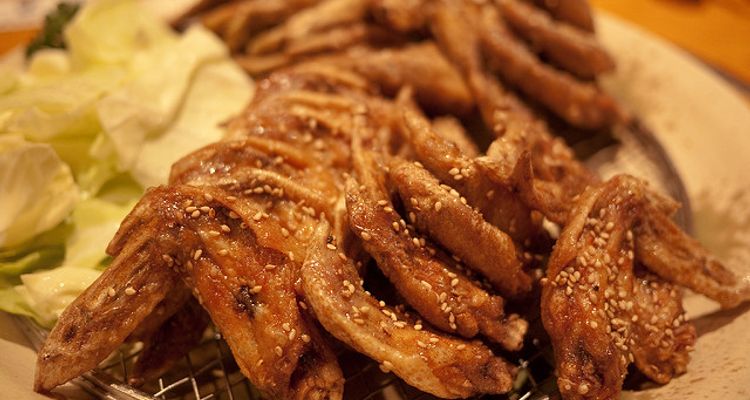 9 Places for Tasty Karaage in Tokyo

Karaage is a nation's favorite dish. We have selected 9 places in Tokyo you can have good Japanese style fried chicken with regional twists.

Japanese karaage (唐揚げ) are not just mere fried chicken. They come with delightful variations, even with regional twists. Here we have selected 10 places you can enjoy good karaage in Tokyo. The origin of this eatery  franchise is Kyushu.  Tometeba has won the Gold Medal at the National Karaage Grand Prix for 5 consecutive years. Its signature dish Tometeba「とめ手羽」takes after the name of the restaurant. It's a wonderfully tender and juicy fried chicken seasoned with salt. Sekai no Yamachan is from Nagoya and offers the so-called B-kyuu gurume , Japanese term for B-grade gourmet as opposed to fine dining, which refers to delectable food in relaxed settings at affordable prices.  This chain of restaurants have won popularity in Tokyo with many fans.  The signature dish is deep fried chicken wings named  Maboroshi no Tebasaki「幻の手羽先」. Customers love it so much they keep coming back for seconds. Established more than three decades ago, Toriyoshi has been offering freshly fried chicken wings dipped in delectable sauces. You can choose the flavor from sweet, medium hot and very hot. Once you know your favorite, you will be addicted for sure. Furaibou comes from Nagoya and trending fast in Tokyo just like Sekai no Yamachan. Once you know its fresh chicken wings fried and seasoned with the original  recipe sauce, you won't be able to live without it.

There's a laid-back, relaxing atmosphere surrounding this place. Chickens are brought in straight from Kagoshima. The mellow flavor of  the deep fried chicken wings have won the hearts of not only people from Kagoshima but also customers from other parts of Japan. Karaage Kotobukiya in Koenji offers zangi, the famous fried chicken dish of Hokkaido. It has strong flavor but not overpowering and goes well with sake. The owner is from Hokkaido and he fries each portion of zangi with TLC. Torian is a restaurant chain from Oita specializing in karaage.  Even it's deep-fried, the karaage is light yet full of flavor and goes extremely well with a glass of beer. Lately this eatery is becoming popular and gaining attention from the media.

Shichi-cho's zangi is crispy on the outside and juicy in the inside. Watch out the number of sake glasses you drink down as they go so well with the zangi.  The restaurant is still the new kid on the block- it opened last year so the place is spick and span.

We've selected 10 Karaage restaurants in Tokyo but with their origins outside the capital.  Just beware, they are all extremely good you might end up eating way too much!