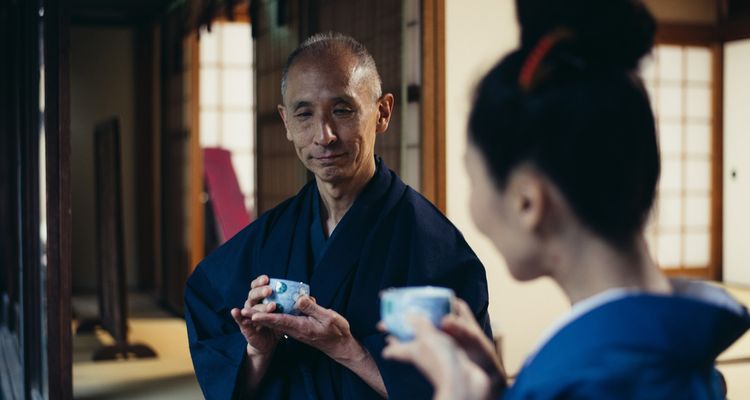 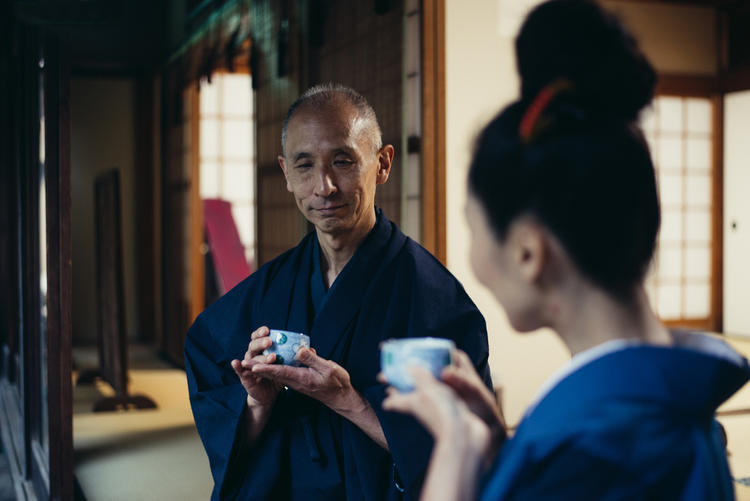 Have you ever been drawn to an item in a dusty shop window, the features faded by the sun? Or felt a nostalgic warmth upon discovering some lost relic while rummaging through boxes at a grandparent’s house? Have you enjoyed a solemn walk in nature or sat quietly and just watched the world drift by in its natural rhythm? If you can relate to any of these experiences, you have already had a brush with the concept of "wabi-sabi." Even if you have never felt these sensations, you'll surely want to read on to learn more about this fascinating Japanese aesthetic and how it helped shape some of its most renowned art forms.

Perfectly Imperfect: What Is Wabi-Sabi?

Based on the examples in the introduction, you've probably gathered that wabi-sabi is a bit tricky to describe concisely. However, taking a look at the origin of the word and breaking down its two parts may help us come to a better understanding.

Wabi-sabi is actually two words put together. "Wabi" originally means something along the lines of "dejection," "bitterness," or "reduction to poverty," while "sabi" describes "deterioration" or something "lackluster."

At first, the definitions of these two words evoke a type of melancholy, but while the words impart feelings of sadness or negativity in English, the concept of wabi-sabi evokes a sense of warmth and life in Japanese, as the next sections will explain.

The Origin of "Wabi"

As the phrase developed, “wabi” began to be translated into something along the lines of, "an appreciation for simplicity or natural states." According to the philosopher Alan Watts, wabi represents a kind of solitary loneliness.

Another interpretation can be found from Kazuo Okakura, the author of The Book of Tea. This book was purposefully written in English to introduce the West to Japanese tea culture (and curiously enough, was later translated into Japanese after its success in the west). Within the book, Okakura describes wabi as “imperfect” or “incomplete,” but with a potential for improvement. There is an underlying feeling of acceptance for this imperfection, however, with a “what will be, will be” type of sentiment.

The reference of wabi by a tea master is not a coincidence, as the word wabi is deeply connected with wabi-cha, the specific type of tea ceremony developed in Japan. We will touch more upon this later, but first, let’s take a look at "sabi."

The Origin of "Sabi"

"Sabi" on the other hand originates from the Japanese verb “sabiru,” which means to deteriorate or lose luster over time. This is not necessarily a bad thing, however, as it can imply a warm familiarity, not unlike an antique or well-worn piece of clothing. The word sabi gradually came to be associated with quiet places, absent of human presence. Of course, the irony is, how can one experience sabi if it is inherently bereft of humanity? It is through this paradox that we can conclude that sabi is something akin to the quiet solitude of an individual watching the natural state of the world.

Buddhist Teachings, Haiku, and the Fleeting Beauty of Impermanence

Wabi-sabi is also connected to Zen Buddhism and is reflected in the Japanese form of poetry known as “haiku” as well. The famous poet Matsuo Basho spoke of placid ponds that echo from the diving of a frog; the forgotten grave of a warrior surrounded by tall grass; or a silent stone serenaded by chirping cicadas. Through his haiku, Basho captured the feeling of sabi expressing solitude, natural beauty, the passing of time, and the constantly shifting nature of being alive.

These feelings have ties to the Buddhist teachings regarding life itself. Existence is marked by three truths: impermanence, suffering, and emptiness. Rather than suggesting that we should languish in self-pity, wabi-sabi finds a way to explain the attraction of these inevitable concepts. If you can’t escape them, enjoy them, and realize the peacefulness of letting go.

Returning to wabi-sabi’s connection to tea, we will now explore how the word is also linked to the Japanese tea ceremony, called "wabi-cha" (also called "sado" or "chado"). The wabi-cha ceremony puts an emphasis on simplicity and showing appreciation for things as they are (wabi as is explained above represents 'simplicity,' while cha means 'tea'). Wabi-cha is conducted without too much of the pomp and circumstance that was lauded in its predecessor, the Chinese-style tea ceremony.

Those extravagant Chinese-style tea ceremonies were actually very popular in Japan in the past, being held by the social elite during the Muromachi Period (the 1300s to the 1500s) as a way to show their sophistication and power.

Counterculture always arises as a critique of the entrenched ways of doing things, however, and wabi-cha was no different, finding its spark of inspiration when a monk named Murato Juko sought a more quiet and simple way of enjoying tea. Instead of the extravagant porcelain cups from China, he promoted the use of Japanese earthen tea bowls, which were hand-made and often contained small imperfections in their shape and design. With the birth of wabi-cha, the ideals of wabi-sabi began to spread.

Misshapen and Broken, but Beautiful

Murato Juko is also credited for the creation of many of the tools that are used in tea ceremonies to this day and was said to imbue wabi-cha with the spirit of Zen Buddhism. Murata described “wabi” in the following way: “...much like the moon’s allure is accentuated when partially hidden behind the clouds,” wabi is the pursuit of imperfect beauty.

As the sayings go, “beauty is in the eyes of the beholder,” and “nobody is perfect.” Wabi-sabi offers us a way to appreciate many forms of beauty not through their charm, but rather through their imperfections, bringing the objects or experiences closer to reality and making them more real and more enjoyable.

Due to wabi-sabi's connection to tea culture, it is often associated with cups and tea bowls, but in a very special way. While the counterculture of casting off the ornate tastes of China produced the natural and imperfect tea bowls that became popular in Japan, the concept takes on an even deeper layer after these rustic vessels break.

When faced with broken pottery, a Westerner would naturally be inclined to throw out the pieces and just buy a new one. On the other hand, the Japanese, with a mind for wabi-sabi, see an opportunity for a new life through a process known as "kintsugi." Kintsugi involves mending broken tea bowls with a golden lining (epoxy), giving them a chance at another life.

Kintsugi is often cited as a physical manifestation of wabi-sabi. The act of highlighting the cracks and imperfections with precious metals such as gold is a testament to the life of the object, bringing attention to the imperfections rather than trying to hide them. These specially-repaired tea bowls often fetch a higher price than new bowls, and kintsugi became so popular at one time that some artisans were said to break their own bowls on purpose to produce in-vogue repaired versions, ironically missing the entire point of kintsugi and wabi-sabi.

Wabi-sabi seems to offer hope to our modern world in which social media projects the perfect life through doctored photos and curated timelines. Wabi-sabi counters this by touting the joys of simplicity, calm reflection, and an appreciation of the old and worn over the shiny and new. So the next time you ever feel like you are not keeping up with the Jones, brew of cup of tea, get out your favorite old teacup, and take a quiet moment to just watch the world unfurl before you.

On a final note, another curious bit of Japanese culture somewhat related to wabi-sabi and kintsugi is the Japanese folklore tale of Tsukumo-gami. Tsukumo-gami are inanimate objects, that after 100 years of use or contact with humans become self-aware (develop a spirit). The object can be quite literally anything, like a cloudy old mirror, a trusty hammer, or even, of course, a cracked and repaired tea bowl. While Tsukumo-gami are essentially fairytale creatures, their existence in folklore suggests some merit to taking good care of your trusty inanimate companions.