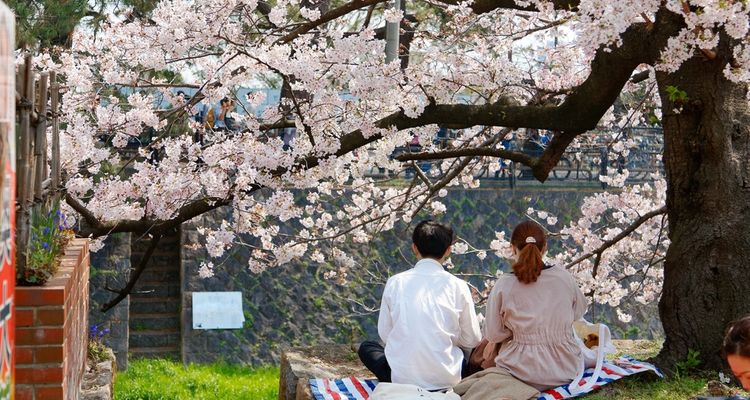 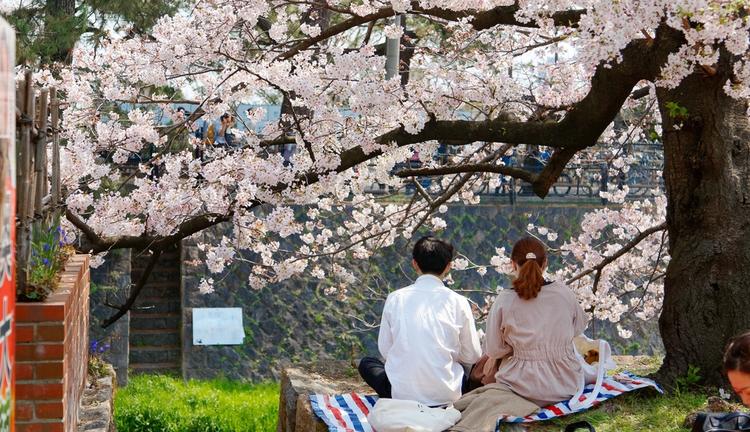 The Beauty and History of Sakura, Japan's National Flower

Sakura, or cherry blossoms, are Japan's national flower in the hearts of the people. Every spring, throngs of Japanese people and visitors make efforts to see this well-loved flower, a tradition known as hanami, and the flower also plays an important role in the country's songs, poems, art, and ceremonies. Here's an overview of the various ways that the sakura are important in Japanese culture.

Most would agree that the sakura, or the cherry blossom, is recognised as Japan's national flower. Every year, as the flowering period draws near, Japanese look forward to hanami, a picnic event to enjoy the blossoms.

Indeed when it nears spring, sakura always pop into your mind. Japanese people are especially fond of this flower. That is why the sakura tree is planted nationwide. A street that is lined up with sakura trees is called a sakura namiki.

(If you're a first-timer to the tradition of hanami, you can find a helpful guide of do's and don'ts in this article!) The sakura flower has continued to blossom in Japan since ancient times, and it truly represents the Japanese spirit.

You can even find the sakura flower stamped onto the 100 yen coin. As a traditional symbol of Japanese culture, sakura is regularly used as a source of inspiration for kimono prints and traditional Japanese textiles. The usual flowering period begins from the beginning of April until the end of the month, although this varies by region and the weather. It blooms and then soon falls from the branches. This fleeting blossoming moment epitomises the unique sensitivity of the Japanese people that "all things will eventually pass" and their awareness to such impermanence. This flower cannot be separated from Japan's culture, and it is written about frequently in traditional poetry like haiku and tanka.

Indeed, flowers in general are an impotant theme in Japanese poetry - learn more about how the role flowers have played in poetry with this article!

Japan's history also shows that the flower appears in several songs, both traditional and contemporary.

In elementary schools, children are taught to sing the Japanese song "Sakura, Sakura" during their music lessons.

The clip below presents the song being strummed on a traditional Japanese musical instrument, the koto.

Current singers too haven't strayed from their predecessors, creating songs that talk about the flower.

In Japan, the graduation ceremony is held in March and the entrance ceremony follows in April. The timing explains why most songs sung during both ceremonies are about sakura.

Also, for bilateral relations efforts, it is common for Japan to send sakura trees as a gift as seen with Japan sending sakura trees to the U.S. In return, the U.S. returned the kind gesture by presenting dogwood trees to Japan. For more fun facts that help you get to know sakura better, you can check out our article here: Every year in Japan, forecasts on when the flowers will bloom, the best viewing spots and so forth are the topics of conversation or news headlines during the spring.

It is no doubt that the sakura will always have a special place in the hearts of the Japanese people and every year, the people look forward to its blossoms. Because the flower represents Japan, it is also popular overseas, and many tourists come to Japan during the cherry blossom season to see the beauty of the flowers.

10 Must Visit Sites For Sakura Viewing In Kyoto

10 Hanami Spots in Kamakura: You can enjoy the elegance of this ancient city just 1 hour from Tokyo!

A must-see for spring visits! 11 Hanami Spots Around Fukuoka

Sakura are not only for viewing, but also for eating.