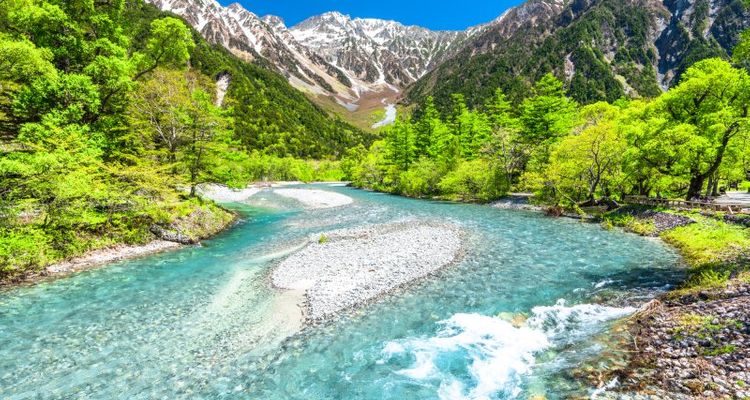 How to Enjoy the National Parks of Chubu, Japan’s Premier Alpine Region

The national parks of Chubu, a region of central Japan known for its numerous tall mountains, have a lot to offer visitors. Besides mountain climbing, they’re a great place to escape the summer heat or to enjoy skiing in winter. They’re also full of popular tourist destinations like hot springs! If climbing isn’t your thing, you can use public transport to go up Chubu’s beautiful mountains and enjoy majestic, panoramic views from their peaks. Keep on reading to learn more about the best ways to enjoy the national parks of the Chubu region!

National parks are some of the best travel destinations in Japan. In order to be designated as one, an area has to meet very strict criteria regarding its natural beauty, accessibility, and more. While the Japanese government is responsible for their conservation, they rarely own the land that makes up a national park, which is why most of them have a large population of people living within their borders. In contrast, in the US, the government owns the national parks and is in charge of managing their resources.

At Japan’s national parks, you can enjoy beautiful, protected nature landscapes, "onsen" hot springs, outdoor activities like mountain climbing, and the local culture and history. In this article, we’ll introduce five such national parks located in the Chubu region, their highlights, and the best ways to enjoy them! Each national park is special in its own way, so we hope that you’ll use this guide to plan your next trip to central Japan.

Joshin’etsukogen National Park: Where You Can Come Across Snow Monkeys!

Joshin’etsukogen National Park is a vast nature reserve encompassing Mount Tanigawa, Mount Naeba, Mount Kusatsu-Shirane, Mount Azumaya, and Mount Asama. With varied mountain scenery like the sheer cliffs of Mount Tanigawa and the volcanoes Mount Azumaya and Mount Kusatsu-Shirane, it’s no wonder the park is so popular with mountain-climbing enthusiasts.

But there are more ways to enjoy the park’s mountains other than climbing them. Between the foothills and halfway up the top of the mountains, you'll find lakes, marshes, and other wetlands, which are great places to escape the summer heat. Especially popular is the highland resort area of Karuizawa, which also offers cycling and outlet mall shopping opportunities. Additionally, the park is home to Manza Onsen, Kusatsu Onsen, Shima Onsen, and other hot springs that exist today thanks to the many volcanoes in the area, making it a great, relaxing place to visit in the summer.

And in winter, visitors to Joshin’etsukogen can see the world-famous snow monkeys relaxing at Jigokudani Yaen-Koen. Nowhere else in the world will you be able to witness wild monkeys enjoying a dip in a natural hot spring.

Myoko-Togakushi Renzan National Park: Home to Uniquely-Shaped Mountains and the People Who Worship Them!

Located on the border between Niigata Prefecture and Nagano Prefecture, Myoko-Togakushi Renzan National Park is relatively small compared to Japan’s other national parks. However, it has something that they don’t: enchanting, uniquely-shaped mountains, especially the 2,462-meter-high Mount Hiuchi, a popular fall foliage spot. The mountain is also home to the Koya Pond alpine wetlands, located at an elevation of 2,100m, which is breathtakingly beautiful when it turns all red.

Myoko-Togakushi Renzan National Park's rich natural environment, borne from its harsh conditions, have made its peaks—such as Mount Togakushi and Mount Iizuna—objects of worship by followers of Shugendo, Japan’s syncretic religion focused on mountain worship. One of the local centers of Shugendo is Togakushi Shrine, where majestic cedar trees grow along the approach to its rear temple. A temple city has also been erected in the area, and walking through it or towards the rear temple feels like walking through history itself.

If you’re looking for a hot spring travel destination, we recommend the Myoko Kogen Onsen hot spring village located at the foothills of Mount Myoko. It’s made up of seven hot spring areas boasting five different hot spring types in three different colors. One of them, Tsubame Onsen, is located at an elevation of 1,100m, higher than any other local hot spring, and is famous for its milky white waters and open-air baths.

Chubusangaku National Park: See Some of Japan’s Most Famous Mountainscapes and Grouses!

Chubusangaku National Park is home to many peaks measuring 3,000 meters in height or more, including Mount Shirouma, Mount Tsurugi and Mount Tate which are parts of the Tateyama Mountain Range, and Mount Yari and Mount Norikura in the Hokata Mountain Range. You’ll find many sheer cliffs and steep valleys here, but also gentler nature scenery like beautiful alpine flowers and plants or grouses and other mountain birds. Chubusangaku National Park’s valleys remain snowy well into the summer, offering visitors a rare chance to enjoy both snow and alpine flora during the hotter months. The park is also a great place for serious mountain climbers hoping to challenge themselves.

To those who aren’t really into mountain climbing but want to enjoy beautiful mountainscapes, we recommend the Kamikochi highland, a mountain resort located at an elevation of 1,500m. Its highlights include the Kappa Bridge crossing the crystal clear waters of the Azusa River, as well as local ponds of spring water that you can easily reach during leisurely strolls through the area.

You can also get great panoramic views of the park from the ropeway connecting Shinhotaka Onsen with the Mount Nishihotaka trailhead. The sight of the Northern Japanese Alps from the observation deck of the ropeway’s Nishihotakaguchi Station terminal is spectacular! Another popular spot within the park is the Tateyama Kurobe Alpine Route, famous for its immense snow walls on both sides of the road.

Hakusan National Park is home to many large wild animals such as the Asian black bear, the Japanese serow, and the golden eagle. Thanks to the diversity of its natural landscape, Hakusan has been designated a UNESCO Eco Park. The highest peaks within Hakusan include Gozenga-mine (2,702m), Onanji-mine (2,684m), and Kenga-mine (2,677m), while mountains that stand at 1,600 meters or less offer sprawling forests of native beech around their foothills.

A unique feature of Hakusan National Park is that a form of mountain worship, called the Hakusan Shinko, is still practiced on its lands. Mt. Haku (also known as just Hakusan) is a solitary peak that gives you unobstructed, panoramic views of the surrounding foothills. People living as far away as the Kansai region have known about its existence since Nara and Kyoto were Japan's capitals. It’s estimated that in the winter, Mount Haku is covered by up to 6 tons of snow, making it look completely white. It’s no wonder that people took one look at this majestic wonder of nature and decided to worship it. The snow-covered mountain also served as a naval orientation point, which is why Mount Haku came to be considered as a sacred mountain.

Ise-Shima National Park: Where the Mountains, the Sea, the Historic Ise Jingu, and the Locals All Come Together!

Ise-Shima National Park encompasses the Shima Peninsula and its surrounding area in central Mie Prefecture. It’s home to the famous Ise Jingu, a mystical place of worship established more than 2,000 years ago that continues to attract visitors from all over the world.

The national park is divided into two areas: an inland area containing Ise Jingu and the natural forests stretching out beyond it, and a coastal area boasting a variety of seaside geographical formations. The latter is a thriving center for pearl farming, and the high-quality jewelry that are made in the area are popular local souvenirs.

Ise-Shima National Park has a large population of people living within its borders, allowing visitors to not only get closer to nature but also the local culture.

The Chubu region’s national parks offer some of the greatest mountain views and experiences in Japan, from alpine plants and snowy valleys that will appeal to serious mountain climbers, to peaks with beautiful panoramic views, which can be reached easily via cable cars and other forms of public transportation. Add to that an abundance of onsen due to local volcanoes as well as shrines and temples where mountain worship is still alive and well, and you can see why it’s fair to say that Chubu’s national parks have something for everyone.