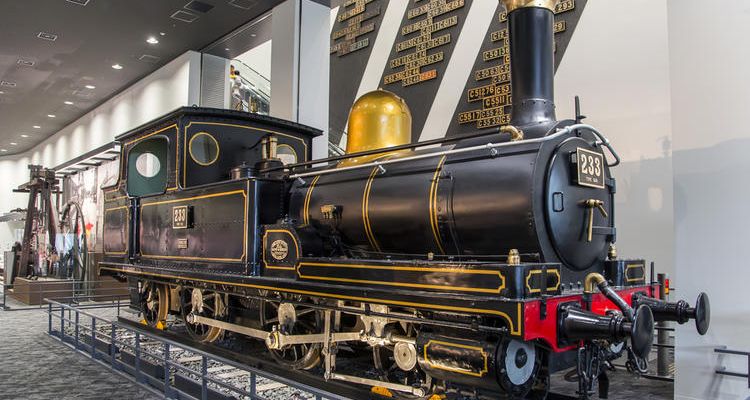 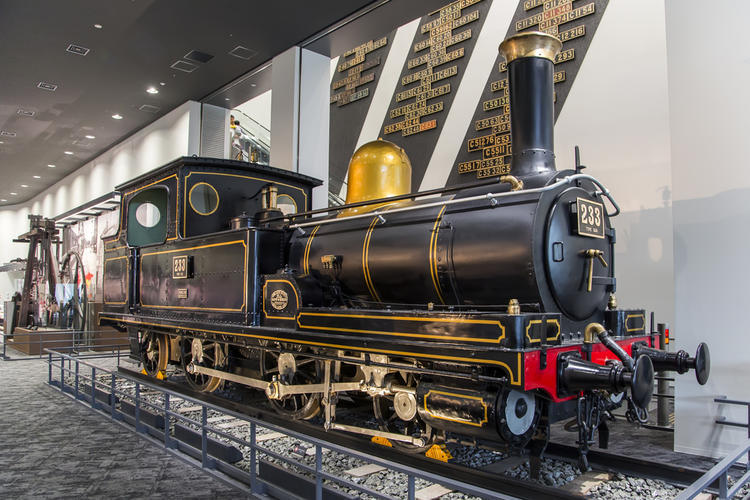 The Kyoto Railway Museum is Japan's biggest railway museum and one of the best in the world. Having opened in 2016, it contains displays and interactive exhibits of all kinds of trains, from your traditional steam train to the modern speedy shinkansen (bullet train). This article introduces all the unique features of this museum through the perspective of one of our writers. Keep reading to see how this museum can be a whole lot of fun for people of all ages!

There were signs in Kyoto Station for the Railway Museum, so I followed them to get to my destination. It was a bit further than I expected, as the journey led me alongside the train tracks into Umekoji Park, past the Kyoto Aquarium, before finally arriving at the Railway Musuem. It was only then that I realized that I could have taken a bus… but that's alright! The view was really great along the way!

All the chairs along the path faced the railway tracks. I bet Kyoto residents must enjoy having picnics here! The flags on the lampposts in the park were also very cute. I passed by some desolate areas in the park as well, which made me wonder if I was on the right path.

First, I passed through the former Nijo Station building built in 1904, which used to be the headquarters and station of Kyoto Railway Corporation. It was later used by Japanese National Railways and JR-West, and was designated as a tangible cultural property of Kyoto City in 1996. There were a lot of people around the exit of this building, which also had a souvenir shop.

Kyoto Railway Museum, located in Umekoji Park, is Japan’s largest railway museum. The fundamental concept of the museum is to become the “hub of railway culture that progresses with its community”, and it has contributed to the revitalization of local neighborhoods centered on the railway. Apart from providing visitors with a spot to rest, the museum is also a place to learn and “discover, touch, and experience” the railway.

Admission tickets can be purchased using a ticket machine, and there are employees standing by the machines who can help if you need any assistance. Although I tried very hard to find my student card from my bag, the staff didn't need to check it, and I felt a bit touched that I was trusted.

The museum is divided into three floors. There are introductions to railway facilities and structures, train vehicles on display, exhibits on how a train operates, and many other exhibitions related to daily life. I read a lot of articles stating that many parents bring their children to play at the museum for the many different interactive activities on offer. These areas were packed with children, but as I was not traveling with children, I didn't spend much time there.

Upon entering the museum, you will find yourself at the “promenade”, where there is an array of 53 railway vehicles on display. No wonder Kyoto Railway Museum is the largest railway museum in Japan! A lot of the trains allowed people to hop on and enter inside, but there were lots of children running around, so I just looked and took pictures from the outside.

After arriving at the main building, you will see lots of trains, reminding me of a childhood cartoon called “Hikarian”, in which the locomotives could be separated, and each train had its own unique, vibrant personality. They would support each other and fight enemies with tricks up their sleeves. I felt that the cartoon characters resembled the trains here!

I really liked this wall, which is decorated with names of trains at the time the museum was founded. Naming a train is like giving it life, and it also adds a different meaning to the train journey, making one look forward to the ride. But the main point of this wall should be the words “Naha," the capital of Okinawa. Why hasn’t the railway in Okinawa been rebuilt? I really want to take the train, as getting around is very inconvenient right now for Okinawan residents like myself.

I enjoyed this area, as there were detailed explanations on how railroads are made and tunnels are dug, as well as how to read the signals and signs on the railway. I was able to learn so much about railways, which is the reason why I fell in love with this museum.

Here you can queue up to experience making announcements on the train broadcasting system, which can be heard throughout the whole area.

In addition to seeing the train from the outside and inside, there are also exhibits where you can see the roof and underneath the train. These two perspectives are probably only seen in action movies, so this exhibition was really exciting for me as it was just like what you see on TV.

All the boards have detailed explanations, and if I were a true train enthusiast, I would definitely learn more Japanese to understand them.

On the second floor, the exhibitions are more focused on the present. Here the development of IC cards is explained, with details of the principals behind different tickets.

I didn’t spend much time in the interactive area, but this is the one thing I played because I could flip the train departure boards! I wonder if the timetables used in other stations around the world are also operated like this? The table beside it has different numbers indicating various train numbers, departure times, and destinations. After entering the specified numbers and pressing the start button, the timetable display will start flipping!

The inside of a ticket machine.

This is a very memorable experience. Buy a ticket (free of charge) in the ticket machine nearby before putting it in the station gate, and the date and name of the train will be printed onto the ticket. The station gate is transparent to allow people to observe the operations inside, but it’s often too fast to clearly see what is happening. Speed is indeed everything when there is a large passenger flow.

I discovered that there were fewer tourists when you moved further away from the interactive zones. This section introduces the evolution of Japanese trains, and just looking at the models and exhibits was enough to make me happy. Kyushu limited express trains are shown in this frame. I have only experienced Aso Boy and Yufuin no Mori up to now, but I will definitely collect more when I come here again as a tourist and buy the JR PASS.

In addition to the national JR, regional public and private railways are also displayed here. Basically every train imaginable should be here.

The interactive area is quite large, but I only experienced a small part of it. Although it is an interactive zone, I couldn’t understand it at all! Every second of smoothly operating high-speed trains requires technology and ingenuity. Being a passenger is easy, but the complexity behind it is perplexing!

This is the famous Roundhouse Platform, which is classified as an important cultural property. In addition to the centrally arranged platform, the turntable at the center is the most eye-catching structure of the fan-shaped train garage.

The chrysanthemum seal in front and the phoenix on the side add a royal elegance to the C581 train. There are even staff stationed in front of the train providing photography services.

On the top floor of the main building, you can see all the trains entering and exiting Kyoto Station from every side. You can refer to the live dashboard to see which railways are closed and opened. I had already spent way more time than expected here, but I probably would have spent another half an hour here if the staff weren't asking people to leave.

Finally, I arrived back at the former Nijo Station building, which is also the museum exit. I was here longer than I thought I'd be, but I still didn’t have enough time to see everything! This is definitely a place worth visiting for adults and children alike!