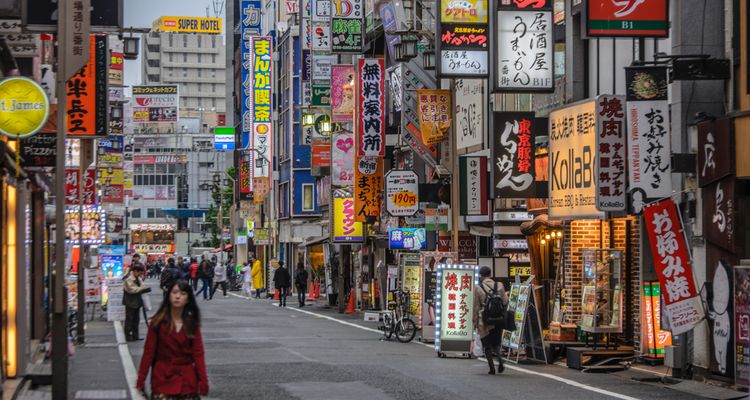 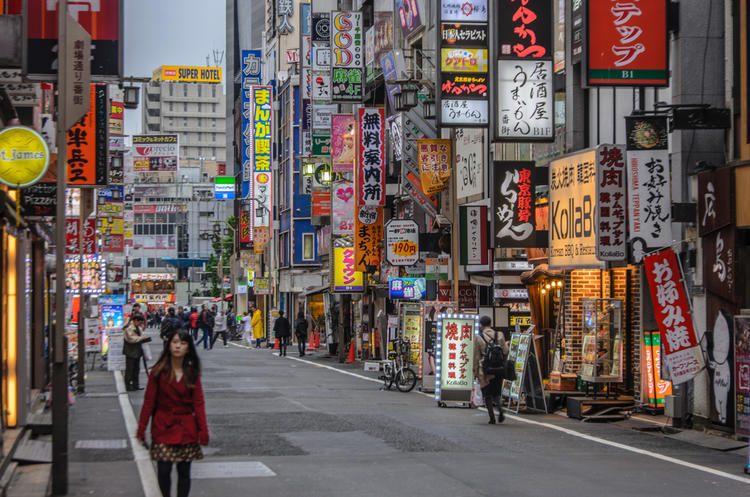 Guide to Tokyo's Infamous Kabukicho: What to Do and What to Avoid

In any big city, there are places known for their stunning vistas, fun attractions, and thought-provoking back story. On the other hand, there are parts of every city that are known to the locals as a bit sketchy. Today we will be taking a look at an area of Tokyo that holds a reputation for all of these features, the light and the dark, Shinjuku’s own Kabukicho district. The question then becomes, is it safe for tourists? The short answer is yes, if you know where to go and what to be careful of. Read on to find what to do and what to avoid in Kabukicho!

Located in Shinjuku Ward of Tokyo, Kabukicho is easily accessible from either the JR Shinjuku East exit (about 5 mins by foot), or by the Fukutoshin line, Marunouchi line (alight at Shinjuku-sanchome on either line), and Seibu-Shinjuku subway line. Spotting the large red neon sign marking one of the entrances to Kabukicho is not hard from Yasukuni-dori Boulevard, but you can also locate the main drag of Kabukicho by finding the large Don Quijote (Tax-Free Shop) building (more on this store later).

No Kabuki in Kabukicho?

Although the area is now known as a red light district, it hasn’t always been that way. After the war, when Tokyo was being reconstructed, there were plans to erect a kabuki theater in the area that never came to fruition. The name, however, stuck.

In the 60s and 70s, students frequented the area as a place to drink and catch late-night showings at the CinemaScope movie theater. Game centers and discos also sprung up making the area known for its popular night scene. However, in the late 80s, with a revision to some laws restricting nighttime entertainment, many of the more wholesome establishments in the area shut down, and adult-centered businesses such as host and hostess clubs soon began to spring up in their place, offering more carnal pleasures.

These new businesses did well enough to establish a new identity in Kabukicho, one which it embraces to this day.

How Safe is Kabukicho? Things to Avoid

Although its sketchy reputation as a red-light district is true to this day, Kabukicho is by most standards a safe place, however, one should still keep their wits about them when wandering the streets of Tokyo’s most infamous neighborhood. First, let's take a look at some of the things you should probably avoid.

Although street hawking activity has been deemed unlawful for the past few years, it is still common to be approached on the streets of Kabukicho with promises of cheap drinks, beautiful women, and other deals by promoters. Often times the information disseminated by these men is either misleading or straight-out lies. If you are approached by these types of promoters on the street it's best to either politely refuse or ignore them altogether and keep walking.

Despite the various light-hearted depictions of host and hostess clubs in popular manga and anime, these establishments can lead you down a very expensive spiral. While some might argue that hostesses with their attentive nature and beauty represent a modern kind of geisha, the innocent demeanor of hostesses belies their motive - profit. It is not unheard of that hostesses will coerce their clients into ordering one expensive drink after the other, quickly racking up an outrageous bill for what is essentially a few libations and a conversation. Hosts are much the same. With the spirit of having a good time, they will pressure women to drink throughout the night leading to a very expensive evening.

What to Do in Kabukicho as a Tourist

Despite the previous two items, Kabukicho is still brimming with enjoyable nightlife in a unique ambiance, blending both old and new Tokyo, lending to its high popularity. The following are a few of the attractions Kabukicho has to offer that visitors can enjoy.

A hidden world trapped in time, this Showa era (1926~1989) collection of tiny bars, most only seating about 8 people maximum, offers an intimate and nostalgic atmosphere unlike any other. Harken back to a time when Japan was rebuilding from the war, the spirit of hard work and opportunity abounded, and the night was reserved for drinks with close friends.

Most of the bars in Golden Gai have a cover charge which can range from a couple hundred to about 1000 yen, although some places will waive the cover charge for non-japanese tourists and will have a sign out front advertising as such. Typically, bars open from 8:00 pm.

Although there are multiple entrances to the Golden Gai area, the general area address is listed below.

In stark contrast to Golden Gai, the robot restaurant offers the type of over-the-top, futuristic glitz and glam that Japan has projected to the world for the past three decades. If you love the bizarre and fantastical side of Japan, then the Robot Restaurant is for you. It combines an overexaggerated pageantry of Japanese Festivals and a nearly seizure-inducing neon light show, all with robots of course.

The Robot Restaurant is by no means inexpensive with an 8500 yen entrance fee, but it’s an unforgettable experience, to say the least, so why not check it out! It is open daily with shows every two hours starting from 3:30 pm, with their last showing at 9:30 pm.

A considerable difference from the previous two items, the inconspicuous Hanazono Shrine is easy to pass by without ever seeing. Nestled between the high rise buildings of Shinjuku, stumbling upon this shrine at night when it is all lit up can be quite an experience. Hanazono Shrine is dedicated to Inari, a deity of fertility, and plays host to various festivals throughout the year.

The shrine is technically open 24hrs and can be found at the address below.

Don Quijote is like a Japanese version of Walmart: it's open 24hrs, is known for its huge selection of goods, and has multiple locations across Japan. It’s a great place to go souvenir shopping and offers tax-free deals for those who bring their passport with a tourist visa.

As mentioned earlier, it also serves a great location marker to the entrance of Kabukicho proper.

Right down the street from Don Quijote you can find the Toho Cinema with an enormous Godzilla bust looming over Kabukicho. You can even get a close up look of the statue by accessing the roof terrace on the 8th floor of the Toho building, which is also home a Godzilla themed cafe. The Godzilla head comes to life, roars, and lights up at the start of every hour from 10:00 am to 8:00 pm!

Before we go, it should be mentioned that with all there is to do in Kabukicho during the night, it’s easy to lose track of time while enjoying the atmosphere of Shinjuku’s “pleasure district” and miss your last train home. While the idea of bar hopping in Goldengai all night sounds fun, it’s not an option for everyone. If you ever find yourself stranded in Shinjuku after dark, luckily, there are many hotels at your disposal.

Please have a look at the following articles to read up on your lodging options around the Kabukicho area.

For the more budget-minded had a look at this article on business hotels. For those of you ready to treat yourself, luxury hotels are also an option. Finally, if you are ready for something a little different, this article on Japanese love hotels is sure to pique your interest!