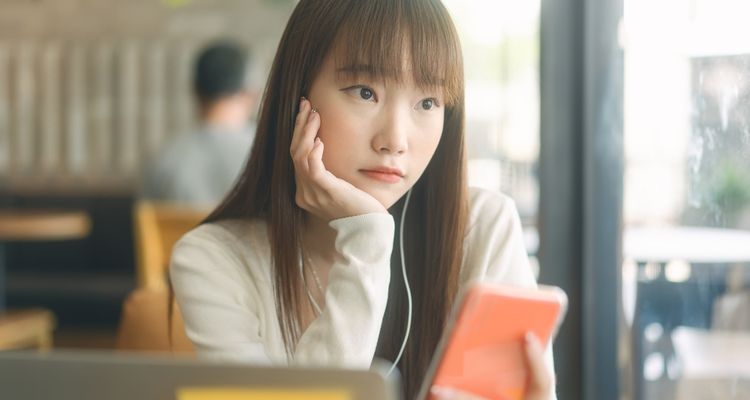 What Is Dating a Japanese Like? Navigating the Ins and Outs of Japanese Dating Culture

Although Valentine's Day has just passed, for the festival-loving Japanese, March 14 (known as "White Day") deserves just as much attention. In Japanese dramas, romance is a recurring theme that gives the impression that the Japanese like flirting. In truth, dating someone from Japan is not all sweet and romantic; according to an online survey, the divorce rate of international marriages in Japan is a staggering 70%! So, what are the things that might upset a Japanese? What are some of the ways to avoid conflict? Here we have summarized Japanese people's unique outlook on love.

*This article only reflects the personal opinion of some Japanese, and is not representative of the views of the country as a whole.

Japanese advertising agency Mynavi once interviewed Japanese adults with the question, "What is the ideal contact frequency with your beloved via LINE (a popular messenging app in Japan)?" While 52.0% and 53.7% of men and women answered "every day" respectively, 18.4% and 13.5% think 2-3 times per week is enough. Japanese are known to be very serious about work; they refrain from checking their phone during work hours, let alone waiting for messages or replying immediately at any given time. Moreover, to show respect at after-work social gatherings, they tend not to read nor reply to messages when they see one.

As personal space is highly valued in Japan, people do not often engage in phone conversations and video calls, unlike Western couples. What's more, the fear of troubling others is deeply ingrained in their culture, and they would rather not report every little detail in their daily life to each other. Even if there is an emergency, they still text their other half first to make sure they can pick up the phone, and rarely call without notice.

For many non-Japanese, this is akin to suddenly going MIA; whereas for Japanese, keeping a comfortable distance is the way to go for a long-term relationship.

Apart from a relatively low contact frequency, Japanese people are also less fond of going on dates. Part of the reason is the high transportation costs for couples living far apart in different cities, but even those living in the same town seldom meet every day! It is the norm to meet once or twice a week (unless they are schoolmates or colleagues at work, of course).

It is not that Japanese couples dislike dating; instead, they put equal emphasis on "me" time and like to preserve their own way of life. Contrary to non-Japanese lovers who wish nothing more than to spend as much time with their partners as possible, their Japanese counterparts would focus on work when there are no dates scheduled, or they would prepare themselves for the next date. They strive to be their best selves and do things that both of them enjoy on a date. In other words, activities such as going to a beauty salon or shopping which can be done alone without company are rarely part of the plan.

Nobody has to force themselves into going to places or doing things they have no interest in, so both parties can enjoy the date to its fullest - this might be one of the perks of dating a Japanese!

It Is Not Customary to See Each Other Home

Picking up your other half to and from work, waiting for them right downstairs before a date, seeing them home afterwards... These are common sights, yet not necessarily so in Japan.

If the relationship is hazy or at an early stage, or the lovers are still students, they will always see each other home after a date; the same holds true for those living close together, and those with cars are expected to drive their lovers home in rural areas. This is, however, not the case in Tokyo. People will usually opt to meet at a station in between or at the destination directly. They seldom pick up their partner from home, nor escort them back afterwards, inspiring scenes in Japanese anime and dramas where couples are reluctant to say goodbye at a station. This behavior is further strengthened by the fact that Japan is a safe country, and that traveling back and forth can easily take more than an hour within Tokyo. It is more a result of practicality than love or politeness.

The prevalent concept of "your friends are my friends" overseas is not as valid as it is in Japan. While your Japanese partner might introduce their friends to you, hanging out together is another story, and double dating is uncommon because Japanese people are extremely wary of others' opinions. For example, if several people bring along their partners but the latter don't know each other, the atmosphere can quickly turn awkward, with the situation most likely beyond saving despite their best efforts.

No matter the gender, Japanese people have a guarded heart, and a mentality that it is better to mind one's own business and keep one's distance from others. As a result, it is difficult for them to make friends - even after multiple meals and outings together, without opening up their hearts to one another, true friendships are difficult to develop.

It takes time to get to know your own friends, and more so your other half's friends. Unless all parties are friends with one another, double dates are unlikely to work out well.

Public Display of Affection Is Embarrassing

The want to privacy compels Japanese couples not to announce their relationship right at the beginning, nor set each other's photos on their lock screen. For them, subtlety is key, and unless the relationship is absolutely stable, they will not show intimacy online.

The importance of manners and not troubling others is instilled in Japanese people from a young age, and so public display of affection is considered distasteful. Another example would be tattoos - young people think little of them yet the older generation struggles to accept them. In short, the country holds aesthetics and class in very high regard.

Almost everyone in Japan cares a lot about how others see them. They will avoid conflict at all costs, and never try to stand out in the crowd. The same goes for wearing couple outfits, as they might feel embarrassed attracting the attention of passersby. Could this be the reason why couples might seem awkward or even estranged in public in Japan?

Caring a Lot About Body Hair

Have you noticed the number of "full-body hair removal" advertisements in train cabins during your visits to Japan? Apart from the usual underarm air, Japanese people of both genders also care about the hair on their back, arm, bikini line, calf, face, neck, and fingers. Recently, there are even treatments for nasal hair and hairlines, too!

You might think this has something to do with Japanese people's pursuit of beauty, especially for women; trimming body hair is part of the grooming process, and neglecting it might give others a disheveled impression. But their zeal might also be attributed to their upbringing which is largely based around group activities - this actually shapes the thinking that "if everybody in the group thinks something is good, then it must be good," and soon it becomes a widespread definition of beauty.

This is just a guess, but could it be that Japanese women's sensitivity to body hair has indirectly influenced men to become aware of it, too?

Japanese are always worried about troubling others, so much that they unknowingly become obsessed with pleasantries or reluctant to speak their mind. Their words might be the exact opposite of their thoughts, all because they are afraid of hurting others; for example, they might say "Let's have a drink together sometime," but the invitation never comes. They might not truly mean it, and are only trying to be polite to keep on good terms with you. Another scenario would be if you invited them out but was ignored - the truth is they probably want to avoid hurting your feelings by rejecting you, or they have no intention of advancing the relationship and are attempting to back out quietly.

Japanese are taught to be observant of those around them, resulting in their ability to "read the air" and a tendency to beat around the bush, giving people a good impression that they are warm and gentle. Nevertheless, this trait might be more pronounced when they are interacting with "unfamiliar foreigners," and things could be different between two Japanese or if the foreigners in question are close to them. Since they are especially sensitive to others' views, you are not likely to see couples argue in public. The downside of choosing to avoid confrontation over solving problems immediately is that once the line is crossed and people get mad, it is almost always too late.

As one grows more familiar with Japanese people, it seems apparent that they have weaker bonds with their family than people from other countries. Except for those who stay in their own city, most young people leave for another to work, living far away from home. Train and plane tickets are expensive, so it is simply unreasonable to visit their parents every weekend, and some might not return even during the New Year.

It is not that Japanese people do not treasure their family; rather, as time goes by, they become extra shy when it comes to relationships, and they are unable to get closer to their parents. Relationships between sisters or mothers and daughters might be less affected and remain attached, and the situation might improve as the parents age, yet the deep-rooted culture of overthinking and the annoyance of being bombarded with questions like "Do you have a partner?", "When will you get married?" and "I want grandchildren" are discouraging young (and single) Japanese to put family on the top of their priority list.

It is always said that Japanese people take privacy very seriously. They will not reveal their phone's passcode to their partners, and nobody is expected to report or ask for their whereabouts. Many couples don't even know how much money their other half makes before getting married!

After talking to locals, we have reached the following conclusion: they are not used to sharing, and so there is no need to tell. There are certainly those who are willing to bare their heart to their partner; nonetheless, the majority of Japanese are more concerned about privacy. Just remember this - respect and trust are always the keys to preserving a relationship, and nationality ultimately does not matter.

KAEI LIN
Born in Taiwan, living in Tokyo for 5 years. I would like to share various charms of Japan through articles. For any inquiries or requests, please feel free to contact me via email: kaei.lin@d2cx.co.jp Hope to hear from you soon! https://www.instagram.com/ka.e.i/