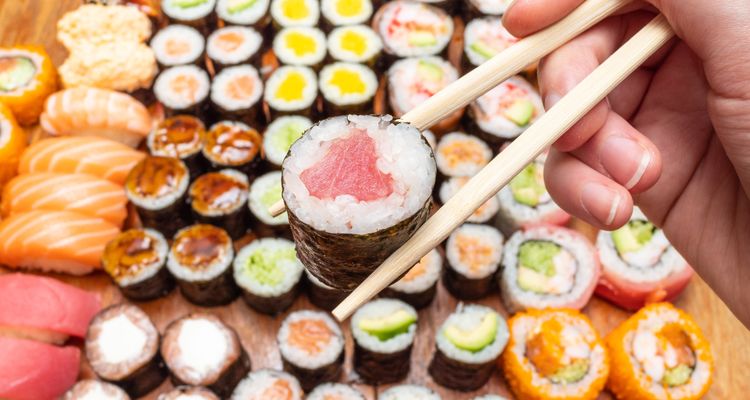 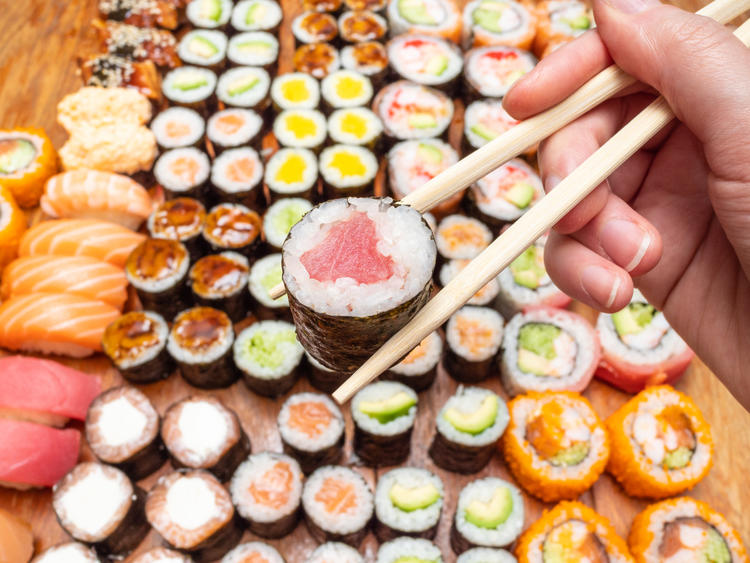 All About Japanese Makizushi (Sushi Rolls): Recipes, Types, and More

Sushi can take on many different forms, and in this article, we’ll be talking about its most filling form: the makizushi roll. Americans usually associate this with the California roll, while those who have been to South Korea might imagine the humble kimbap, but makizushi actually takes on a very different appearance in Japan. Let us introduce you to the wonders of the makizushi roll, including the different types of makizushi, how to make it, some popular fillings, and even where to buy it in Japan.

Makizushi is a type of sushi where sushi rice and a variety of ingredients, such as tamagoyaki (fried rolled eggs), are laid out on a sheet of nori seaweed and rolled up. The “maki” stands for “to roll” while the “zushi” is just sushi, so it is literally a sushi roll. Other common names for makizushi are “maki sushi” and “nori maki.”

Are Makizushi and Kimbap the Same?

They’re very similar, but there are a few key differences:

Yes, the California roll is a type of makizushi—it’s just an inside-out makizushi roll. That said, it is uncommon to see California rolls in Japan. This is because it was invented in the U.S. for people who were not used to eating raw fish, so while it became popular in countries like the United States and Canada, it never took off in Japan, where the locals were used to consuming all kinds of raw seafood.

A regular-sized makizushi. It is usually made with around 150-200 grams of sushi rice. Exactly one sheet of nori seaweed is used to make it.

An extra large makizushi. It will typically have 250-300 grams of sushi rice. Some people will use more than a sheet of nori seaweed to make it.

Slim makizushi. You’ll often find it already cut up like in the picture. Hosomaki usually contains around 80-100 grams of sushi rice. Many will make it with half a sheet of nori seaweed.

Inside-out makizushi. The California roll is a good example of this.

Temaki is a sushi hand roll. While you often need to use a rolling mat to make makizushi, temaki sushi can be rolled up with just your hands, hence the name. They are more conical in appearance, almost like ice cream cones.

How to Make Makizushi

In this section, we’ll show you the basic steps behind making makizushi. Keep in mind that the filling combinations are endless, so while the pictures accompanying the instructions will be of kappa maki (cucumber makizushi), you can replace the ingredients with anything you want.

(1) Prepare the sushi rice. Use short-grained rice (preferably Japanese rice) and be sure not to overcook it as mushy rice is a sure way to ruin sushi. Prepare 20 ml of rice vinegar, 1 tablespoon of sugar, and a pinch of salt for each cup of uncooked rice, and mix in a separate bowl until dissolved. Once the rice is cooked, add the mixture to it and mix until evenly distributed. Lastly, cool the rice to room temperature. This is important for removing excess moisture.

(2) Prepare your ingredients. It is better to have them long and thin so that they are evenly distributed throughout the makizushi roll and they fit well inside it. In the case of kappa maki, cut the cucumber vertically to achieve this shape.

(3) Place a sheet of nori seaweed on the bamboo mat and spread some sushi rice on top of it. Be careful not to put too much rice on or you’ll get a really fat makizushi! (Refer to the section on types of makizushi to see approximately how much sushi rice to add.) The rice should cover the nori seaweed while leaving a little bit around the edges (like in the picture) to make it easier to roll up later.

(4) Place the ingredients on the end of the sushi rice that’s closest to you. Line them up so that even if you cut makizushi roll later, every piece will have a bit of every ingredient in it.

(5) Roll up the makizushi roll using the bamboo mat. To get a nice shape, roll a little bit at a time and lightly squeeze the roll using the palms of your hands. See the video for a good demonstration.

Most Popular Ingredient Combinations for Makizushi

Now that you know how to make makizushi, you’re probably ready to experiment with the fillings. While there are an endless number of combinations you can try, here are some of the most popular makizushi fillings you’ll find at almost any Japanese restaurant!

“Anago” refers to conger eel, a delicacy in Japan. The type used to make makizushi has already been cooked and basted with a savory Japanese sauce, which adds intense flavor to the makizushi roll. Since it has a premium ingredient, this can be priced a little higher than some of the other makizushi you’ll find here, but it’s a favorite of the Japanese.

This makizushi is actually most commonly eaten during Setsubun, a unique Japanese festivity where the locals throw beans to get rid of demons and bad luck and eat makizushi to bring in good luck for the rest of the year. While the ingredients differ depending on the store, we’ll show you a basic recipe.

Tamagoyaki is often served sweet, and as such, it’s often thought of as a “dessert” sushi ingredient. So, this makizushi is very popular among children. Adults love it too because it’s one of the cheaper makizushi to buy!

Where Can I Buy Makizushi Ingredients?

What If I Don’t Want to Make Makizushi?

Can’t be bothered to actually make makizushi from scratch? Many Japanese feel the same, which is why you can easily purchase makizushi from not just sushi restaurants, but also Japanese convenience stores and supermarkets! The next time you’re in Japan, keep your eyes peeled at these places for makizushi rolls. They’re incredibly inexpensive yet filling, even more so than an onigiri (rice ball).

Makizushi rolls make for an incredibly inexpensive yet delicious snack or meal. They are surprisingly easy to make and taste just as good as sushi or sashimi, so if you have a bit of time to spare and like cooking, why not try making some? The possibilities are truly limitless when it comes to the fillings, so even if you’re not a fan of seafood, there’s other ingredient combinations to explore!