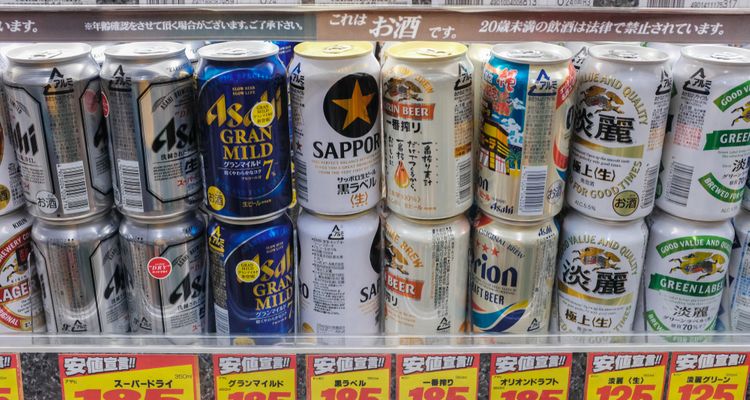 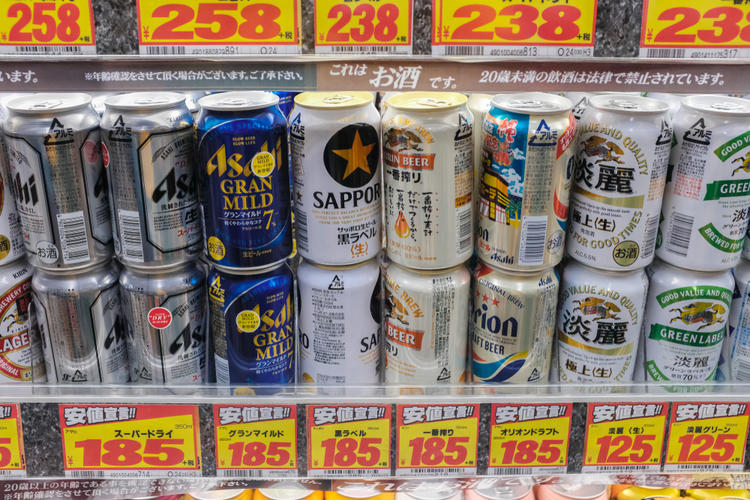 12 Beers You Need to Try While in Japan

It's easy to be spoiled for choice when it comes to sampling the many beers on offer in Japan. Between some great choices such as dark beer, calorie-light beer and "dry" beer, it's easy to get lost among all the choices on offer for beer drinkers in Japan. To save you the effort of finding the perfect beverage through trial-and-error, we've crunched through all the choices to bring you the definitive list of the beers that you absolutely must try while in Japan.

The first beer on our list has to be, of course, Asahi Super Dry. Enjoyed the world over since its release in 1987, this is perhaps one of the easiest drinking beers both inside and outside of Japan. Why? Asahi Super Dry offers a refreshing and citrus-y aftertaste that isn’t negated by the strong presence of malts. You’ll be able to spot the iconic grey can in virtually every Japanese supermarket and convenience store, so there’s little chance of you missing this taste while you’re in Japan.

On the other end of the spectrum, Sapporo Black Label offers a much richer and more malt in flavor than Asahi. Despite what the name would lead you to believe, this is in fact not a dark style beer or a stout but a lager, similar to Asahi and Kirin. What sets it apart from the other two is that it has a distinct lingering taste that falls somewhere between a malty-bread flavor and a floral one. If you happen to be visiting northern Japan, make sure to visit the Sapporo Beer Museum to try this drink at its freshest. For more information on the brewery, check out our roundup of 6 Beer Factories and Museums Easily Reachable from Tokyo.

The final beer of the big three – the ones you’ll find no matter where you go in Japan – is Kirin Ichiban Shibori. The taste of this beer falls somewhere between that of Asahi and Sapporo in that it has a somewhat hoppy note, while still retaining a refreshing and easy-drinking smoothness, a flavor perhaps best described as bittersweet.

Premium Malts, as the name suggests, is a drink of slightly higher quality than the big three beers. It, too, is available in pretty much every convenience store and supermarket in the country. It's also common on tap in many of the fancier izakaya and bars in Japan, especially those with an atmosphere intended for a younger audience such as Gaburi Chicken, a chain specializing in karaage that has a couple of branches in every major city. The taste is richer than that of Sapporo Black Label, and the keener beer enthusiasts will be able to pick up on its lighter than average floral aroma.

Although Yebisu is usually priced around the same as Premium Malts, it is widely considered the most premium beer of the widely available choices, and with good reason. Produced by the same Sapporo Brewery responsible for Black Label, that characteristic rich and hoppy taste is taken a step further with Yebisu, delivering a drinking experience that even outdoes many European beers. Of course, you’d expect this level of quality from a maker that adheres to strict procedures taken from the land of beer itself, Germany. The first Yebisu brewery was opened up back in 1889 and utilized both equipment and engineers brought over from Germany, and the high quality of this beer has remained consistent all these years.

Orion is not as widely available as the previously mentioned beers, however if you’re lucky enough to come across a can of this outside of Okinawa you’ll be in for a treat. This beer is best enjoyed during the warmer months of the year and is perfect for a beach trip, whether it be in one of the luscious tropical Okinawan islands or anywhere else across the rest of Japan. If possible, pour this beer into a glass rather than drink from the can, as this will give you the creamy foam that distinguishes Orion from the other beers on this list.

White Belg, from Sapporo Breweries, stands out distinctly from its competition with an unmistakably fruity drinking experience. You’ll be able to taste strong notes of orange and coriander that linger around after a smooth and sweet start. Like Orion, this beer is perfect for a warm summer day.

As an added bonus, this beer falls under the happoshu beer category. Happoshu, or low-malt beer is produced with less malt than its full-malt counterparts, which means that you consume fewer calories and less sugar while drinking the beer. As well as being better for your health, happoshu is also better for your wallet as it falls under a lower tax bracket, meaning it is retailed at a much lower price than other beers.

Nodokoshi Strong is also classed as happoshu, making this another alternative to our previous suggestions if you’re looking to save money while in Japan. The “Strong” in Nodokoshi Strong means two things. First, this beer has a much darker taste than all of its competition except for the specialist dark beers and stouts. This is great for those of you who like your hops! Second, it’s strong. While not soaring at the great heights of the alcohol content of canned chu-hai cocktails like Strong Zero, 7% alcohol content is nothing to scoff at, so you’ll be getting your money’s worth with this one.

Another happoshu worth trying while you’re here is Asahi Style Free. This highly refreshing beer has both a clear taste and finish, which makes it an easy drinking beverage. This is helped due to the absence of sugar in the beer and the low calorie count of 24 kcal per 100ml, around half that of the average beer. Like the previous two beers, this is great if you’re looking to drink good beer without spending a fortune while in Japan.

While craft beer is still not as big of a deal in Japan as in other countries, that’s not to say that things are staying this way. In recent years, more and more craft breweries have been popping up all over Japan, and several products are now available in convenience stores such as Lawson. One taste of Aooni and you’ll understand why the demand for such drinks has been increasing so rapidly as of late. Aooni packs a punch at an alcohol content of 7%, but this is well masked under a meaty, rich taste that has a bitter finish.

You’ll find Yona Yona APA alongside Aooni in many Japanese supermarkets and convenience stores. While not as dark and strong as Aooni, this beer leaves an equally lingering hit on the taste buds - this time of caramel and fruits, particularly mango and citrus. This drink is best enjoyed out of a glass rather than a can, as you'll be able to appreciate the almost opaque shading of the drink with a small amount of sediment remaining, meaning that you know it's a high quality product.

Yoho beers, such as the previous Yona Yona APA and the Aooni IPA, are widely enjoyed in many of Tokyo's up-and-coming craft beer bars. For more information on these, check out our list here on the best of these to visit while in Tokyo.

Hitachino Nest Espresso Stout isn’t as readily available as the previous two craft beers, although you’ll still find it in higher end supermarkets such as those in Aeon Malls and in train station convenience stores such as NewDays, especially the ones in the Kanto area.

We had to include this one on the list as it’s up there as one of the best beers we've tried both inside and outside of Japan. Unlike many stouts that claim to have a coffee taste while really only possessing the most subtle of notes, this beer does in fact taste of espresso, and in a really good way. If you find a store that stocks Hitachino Nest beers, be sure to get this one. We guarantee you won’t regret it.

There's so many more great Japanese beers that we could've talked about in this article, but there's only so much time you can dedicate to the pursuit of beer during a trip to Japan! If you stick to the above list, you can still experience the very best of what Japan has to offer during your trip.

Stuart Goble
Stuart Goble is an English teacher and avid traveler based along the coast of Ibaraki Prefecture. Being just a stone's throw away from Tokyo, he spends his weekends exploring the countless side streets of the capital. When he's not in the capital, there's a high chance he's hiking a mountain or trekking across the countryside of rural Japan. The one consistency, regardless of location, is a fondness for the food and drink of Japan.